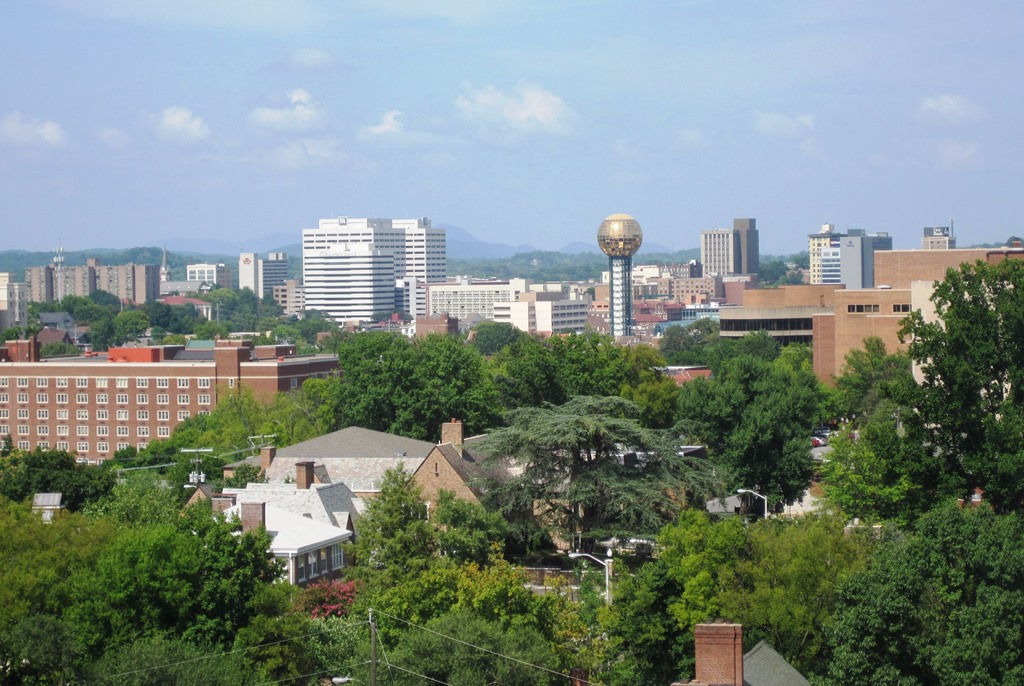 For three days and nights, staff members from the Presbyterian Historical Society enjoyed the Big Tent conference in Knoxville, TN, July 30th to August 1st. We caught-up with old friends and made new ones, sharing information about the Office of the General Assembly, Presbyterian history, and the many services—most free of charge—PHS provides to churches and individual researchers.

It was hot at the outdoor booths, but you didn’t see us sweat. We’d come prepared with hundreds of paper fans with “Knox Fan Facts” on the back and an image of “the Trumpet of the Scottish Reformation” on the front. The fans were one of the conference’s most popular items, even with some of us saying, “Knox, John Knox,” in our best Sean Connery brogue while handing them out. (Okay: with me saying that.)

The first Presbyterian Church (U.S.A.) Big Tent was held in Atlanta in 2009, bringing individual ministry conferences together during non-General Assembly years; the 2011 and 2013 conferences in Indianapolis and Louisville served the same purpose. This year’s get-together replaced the conferences format with a full lineup of workshops and speakers—“all designed to inspire and equip Presbyterians to live missionally,” in the words of Presbyterian News Service writer Melody K. Smith.

This conference was held at the University of Tennessee, where orange is the new orange. Everywhere you looked men and women and children and pets sported the Volunteer’s signature color, first inspired by the orange daisies that covered the old campus’s “Hill.” Gradye Parsons, Stated Clerk of the General Assembly, is a graduate of UT and one of many attendees who dressed natively throughout the proceedings.

Gradye and Beth Hessel, PHS's Executive Director, led one of the workshops on offer between morning and evening worship services. Titled “Presbyterians: Our Roots,” the talk covered 500 years of Presbyterian and Reformed history, starting in the age of Knox and ending with the contemporary church. Beth passed out copies of the Society’s Family Tree and asked audience members what they saw. Splits and schisms, certainly, but also instances of merging and reunion. History can be a disruptive force. It can also bring people together.

Once the conference ended, Gradye invited OGA staff to his family farm east of Knoxville for a barbecue. As the weather cooled, and the breezes moved in from the mountains, the orange sun set, turning the sky pink and purple. Soon it was dark, and time to plan for next summer in Portland.