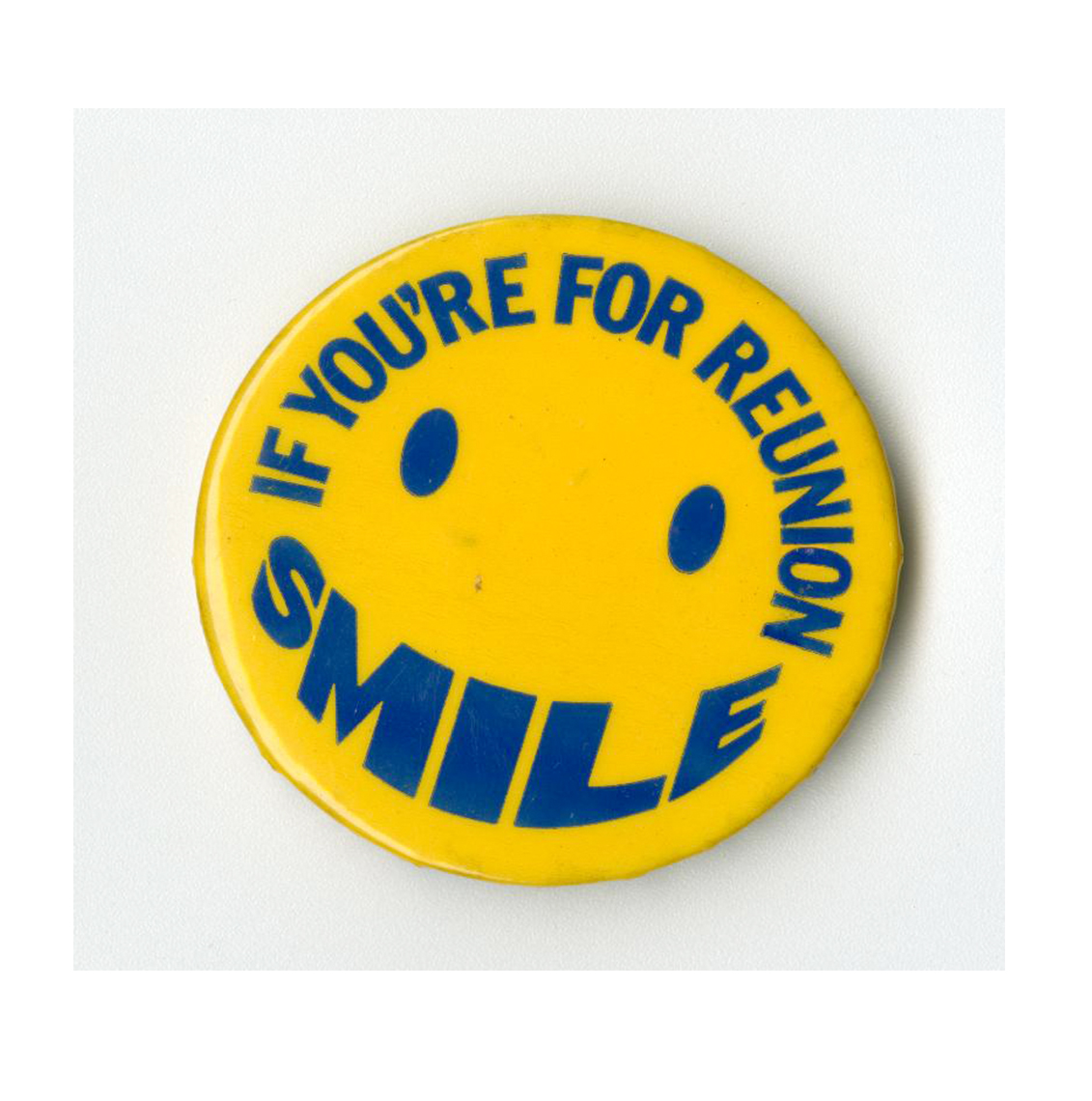 The Presbyterian Historical Society documents the experiences of Presbyterians from across the country. As part of our series on regional histories, here are five stories about the Atlanta area collected by PHS.

Before it was Atlanta, it was Marthasville. Before that, it was Terminus and Standing Peachtree—the end of a railroad and the beginning of a Native American trail. The city that today anchors the ninth-largest metropolitan area in the nation has always been a place where people, goods, and ideas meet and depart. Presbyterian history in the ATL has followed a similarly transitory path. Even before the advent of the New South, the only certainty was change.

In Highlights and Questions in Studying the Plan for Reunion, members of churches, presbyteries, and synods were encouraged to approach Reunion with the same spirit of compromise that “gave the United States a Congress composed of a Senate and a House of Representatives, so that the concerns of both large and small States could be expressed.” Eighteenth century communion ware from Pennsylvania’s Upper Octorara Church was a further reminder of what James Smylie, author of American Presbyterians—A Pictorial History, called “the church’s colonial heritage.”

Moderators John Anderson and James Costen brought the two churches together into one denomination during the Reunion proceedings. In 2013, James Costen’s wife, Melva Costen, sat down with PHS to record an interview recounting her experiences in the Church, including her longstanding involvement with Presbyterian music. Other recent Living History films profiling Presbyterians who have lived in the Atlanta area include J. Oscar McCloud, Joan Gray, Bettie Durrah,  and Vernon Broyles.

For more than a century prior to  Reunion, the PCUS was the largest Presbyterian denomination in the South. From 1966 to 1983, its Presbyterian Center headquarters was located at 341 Ponce de Leon Avenue in Atlanta, a building designed by the architectural firm of Ivey and Crook on the former site of the West End Presbyterian School and the Napsonian School. Today, the building is home to an outpatient care facility.

Marginalia in a 1968 Center directory gives a sense of staff changes over time.

In addition to the original records of some Atlanta congregations, PHS holds microform copies of records for Atlanta-area churches and mid-councils, as well as a number of personal papers for Georgia Presbyterians. Original records for a number of Atlanta-area congregations are deposited in the special archival collections of Columbia Theological Seminary.

During the 1920s, Presbyterians joined with other Protestant denominations to create religious radio programming. The Protestant Radio Center (PRC) was chartered in 1949 by nine organizations including Columbia Theological Seminary, the PCUS, the PCUSA, and the National Council of Churches’ Southeastern office. In 1953, the PRC built the Protestant Radio and Television Center production studio in Atlanta. Using the center’s facilities and personnel, denominations such as the PCUS produced radio and television shows including Sunday School of the Air and Put God First. Below is a 1955 sound clip of Eugene Carson Blake speaking about the Apostles’ Creed during a broadcast of the Protestant Hour:

Listen to other sound clips by John A. Redman, Jr., and read our full blog post about the Protestant Radio Center.

4) Founding of the PCCSA

A month after the attack on Fort Sumter in December 1860, the General Assembly of the Presbyterian Church in the U.S.A. (Old School) convened in Philadelphia. A number of Southern commissioners attended the meeting, inspiring hope that the denomination would stay united by avoiding "politics." But when Dr. Gardiner Spring of New York pushed through a resolution of support for the Union cause, Southern commissioners withdrew from the Assembly.

In August 1861, delegates from eleven of the forty-five presbyteries in the Confederacy met in Atlanta to urge the formation of a new denomination called the Presbyterian Church in the Confederate States of America, a body that would exist until the end of the Civil War four years later. As reader Dr. Joel Alvis has reminded us, the PCCSA was not formed until December 1861 in Augusta, GA.

Learn more about Presbyterians in the Civil War from our online exhibit, “Witnesses to a Great Moral Earthquake.”

5) The Messenger and the Cherokee

Our last Atlanta story tracks back to the time of Standing Peachtree. To quote Georgia's own Flannery O'Connor quoting Pierre Teilhard de Chardin, "Everything that rises must converge."

Samuel Austin Worcester was a missionary for the American Board of Commissioners for Foreign Missions from 1825 to 1859, serving the Cherokee Nation at Brainerd Mission, Tennessee, and New Echota, Georgia (now Calhoun, sixty miles from Atlanta). Convinced that the Cherokee needed their own newspaper as a means of building literacy and commu­nity, he began publishing Cherokee Phoenix in February 1828. The Cherokee named him "Messenger."

When white settlers interested in westward expansion wanted access to Cherokee lands, Presbyterian U.S. President Andrew Jackson and others proposed the federal Indian Removal Act. In theory, the act made removal voluntary. But in practice it placed pressure on tribal leaders to sign removal treaties. Jackson signed the Indian Removal Act into law in May 1830.

Worcester and ten other missionaries met at New Echota and published a resolution protesting a state law prohibiting all white men from living on Native American land without a license. Georgia responded by trying and sentencing them to four years imprison­ment. Nine were pardoned, but Worcester and one other protester served time from 1831 to 1833--Worcester in a Milledgeville prison. Despite Worcester v. Georgia, an 1832 Supreme Court ruling entitling Native Americans federal protection from the actions of state governments that infringed on tribal sovereignty, the state and federal government implemented removal. The Choctaw were the first to be forcefully relocated in 1831, followed by the Seminole in 1832, the Creek in 1834, the Chickasaw in 1837, and the Cherokee in 1838.

In 1835, Worcester and his wife Ann moved to Indian Territory in Oklahoma to prepare the way for the Cherokees, who followed a few years later on what came to be known as the Trail of Tears. Worcester set up his printing press at Dwight Mission, a Presbyterian station and school, and later established the Park Hill Mission, widely considered to be the largest and most important institution of its kind in Indian Territory. DIgital copies of Worcester’s journals are available for researchers at PHS.