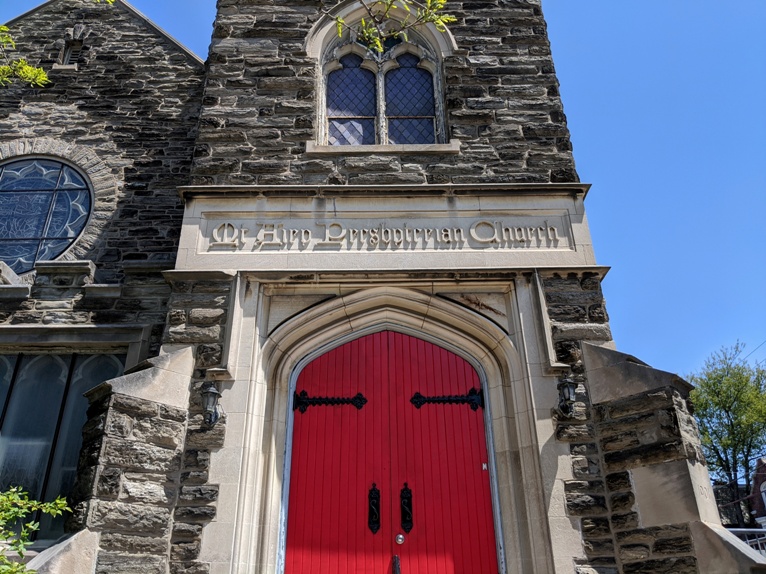 The Mt. Airy Presbyterian Church stands nobly at the corner of Germantown and Mt. Pleasant Avenues, in Philadelphia's northwest. A part of the community for well over a century, the church has a history that connects to one of the most prominent Presbyterian churches in Philadelphia, the Market Square Church.

From before its formal organization in 1880 to the present, the Mt. Airy Presbyterian Church evolved from a small Bible study group born from temporary necessity to an active congregation that is sharing space with a construction site building private residences. It has been a bit of a journey from then to now, and this journey reflects trends within the larger church and bridges the ever-transitioning relationship between the religious and secular worlds.

This article focuses on the history of the Mt. Airy Presbyterian Church, considering it within the context of the trends and controversies experienced by congregations across the denomination. A future article will look at the Mt. Airy church's contemporary life -- its current ministry and engagement with the community, and how it is navigating today's realities. 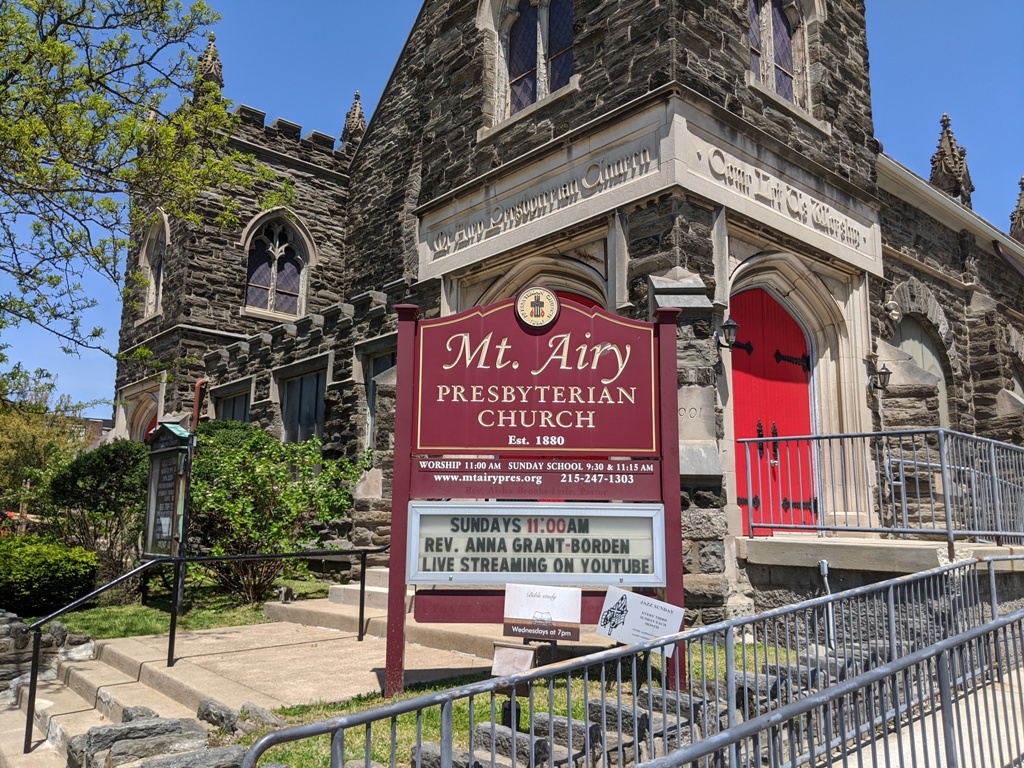 Near the end of the 1870s, Market Square and other area churches launched an effort to establish a mission church in Mt. Airy. Once the formal efforts to establish a church began, things moved quickly. On February 26th, 1880, a United Church of the Brethren building that occupied the site of the present church grounds was leased to the Mt. Airy Presbyterian community. 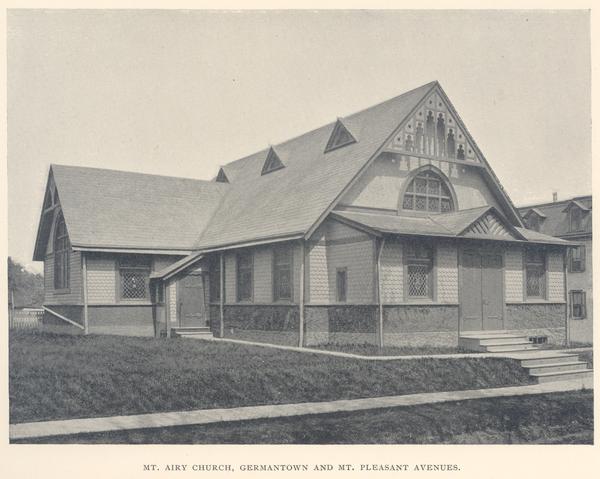 The congregation expanded, and in 1882, the lot on the corner of Germantown and Mt. Pleasant was purchased. The cornerstone of a new sanctuary was laid May 27th, 1883. Reverend John Eliot Wright of Market Square and Reverend John Wallace Bain of Alexander Church were present that day to speak at the dedication ceremony.

Construction on the newly acquired property continued in 1883, with the erection of a chapel, at a cost of $10,234. The next year, the parsonage was dedicated. Reverend William P. White was installed as pastor on December 4th, 1883, and would hold this position until February 15th, 1892, when he left to become financial secretary at Lincoln University.

The Mt. Airy Presbyterian Church does not exist apart from the larger history of the Presbyterian Church. The first half of the congregation’s history took place during a rather dynamic period in the United States of America as a whole. In 1838, the same year that Mrs. Katz began her Bible School, a major schism between the Old School and New School occurred. At the root of this schism was the doctrinal issue of revivalism. Revivalism traces its origins to the early 18th century and the First Great Awakening. It deemphasizes formal seminary training and confessional Christianity in favor of facilitating personal emotional experiences with God and Christ through the unity of the Holy Spirit. Old School Presbyterians were the established Main Line Protestants who practiced Confessional Calvinism and were the established power in the Church; the New School were committed revivalists. While this controversy and schism began in seminaries amongst the academics of Presbyterianism, it would play out in the churches and congregations that make up the faith. 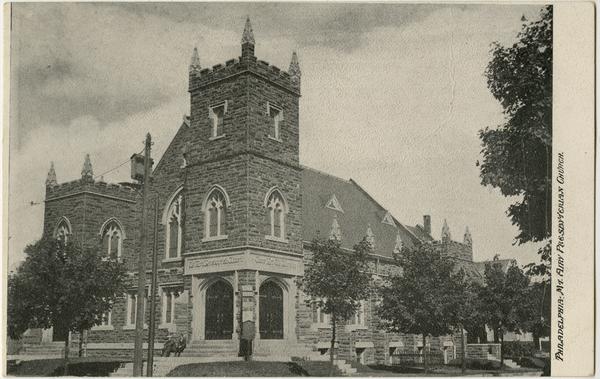 Expansion of the Mt. Airy Church continued in 1900, when funds were approved for the construction of the sanctuary that stands today. On February 27th, 1901, plans were approved and groundbreaking began on May 6th. The cornerstone of the new sanctuary was laid September 29th of that same year. Construction was completed and the newly built Mt. Airy Presbyterian Church was dedicated March 30th, 1902. Dr. Louis F. Brown delivered a sermon on the occasion.

Mt. Airy Presbyterian Church in a way began with a Bible School on Allen Lane and in 1922 the tradition of canonical study continued with the establishment of the John C. McKinney Women's Bible Study Class. Much like in 1838, when the original Bible School was founded, this class was also established during a time of conflict and schism.

Beginning at the turn of the 20th century and dominating doctrinal debates of the era was the growing tension and eventual schism between Modernists and Fundamentalists. Much like the schism between Old and New School Presbyterians, Modernists and Fundamentalists split along doctrinal disagreements. In this case the Modernists were the Main Line Presbyterians who represented established conservative practice. “Conservative” here does not mean regressive; rather, the belief that in order for the church to endure and maintain its relevance in the world, it would have to modernize and adapt its exegesis to reflect the contemporary needs of the faithful. 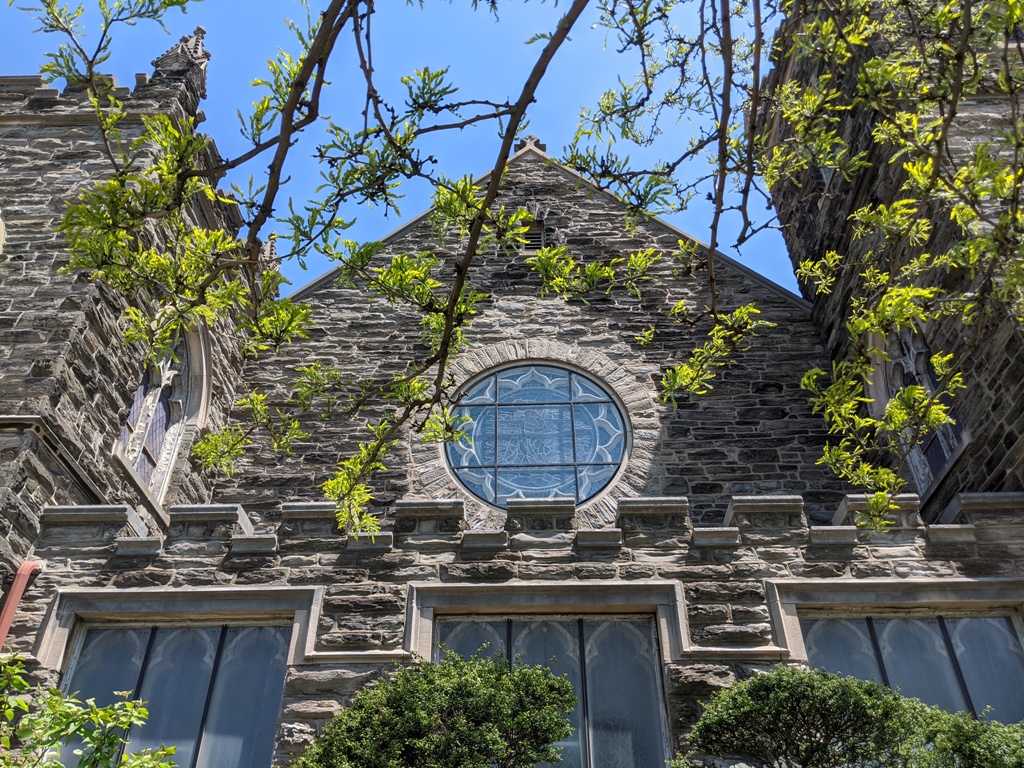 Fundamentalists took a contrary view. They believed that the rapid changes that accompanied the modernization of the world was weakening and corrupting religion. Religion had gotten too scientific. It had gotten too secular, and what was needed was for Christianity to get to its fundamentals. The fundamentalists stressed the sacredness of text, namely the Bible. They insisted that it should be interpreted as infallible-absolute-literal fact, its authority unquestioned and applied to all realms of social life.

This schism was not confined to the Presbyterian Church; it was a paradigm shift that changed Christianity broadly. Fundamentalist Christianity has for the past century been a dynamic aspect of Christianity and has been steadily increasing its membership. Main Line Protestantism has had to adapt with the changes in society.

The Mt. Airy Presbyterian Church has had to adapt in turn. It has gone through many changes and now finds itself owned by a private developer, Mr. Ken Weinstein of Philly Office Retail. The property is currently being developed into a co-living community with the congregation leasing the sanctuary to hold services. From focusing on community outreach, to mixed-use development, churches like Mt. Airy are having to consider unconventional ways to participate in their communities. 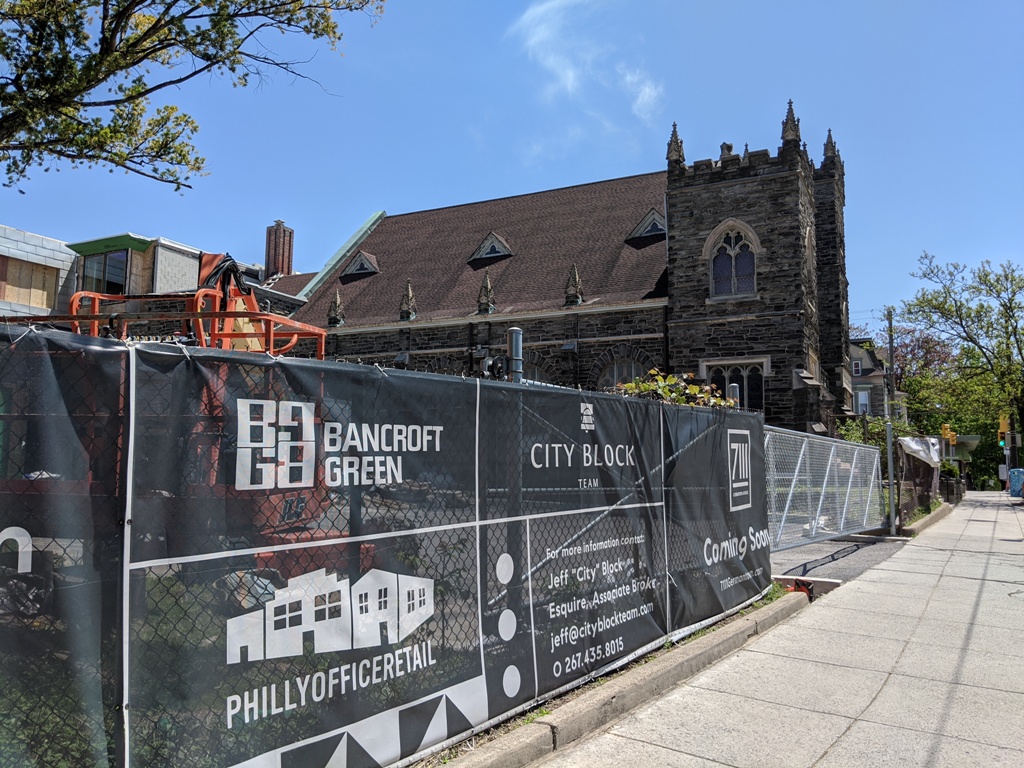 Going forward, I will delve deeper into how the Mount Airy Presbyterian Church is adapting to the world around it, providing greater detail about the present day of the church and its congregation. How are they affected by the recent sale of their church, and what are their thoughts on the matter? More importantly, how do they engage with their faith within the congregation and in the secular world? And finally, how does religion influence their everyday life? Addressing such questions is not only a way to come to understand a particular congregation, but a means by which to further understand religion in the city of Philadelphia in particular and throughout the United States as a whole.

--Chris Ludd is a Liberal Arts major at the Community College of Philadelphia and Building Knowledge & Breaking Barriers Intern for Spring-Summer 2020.