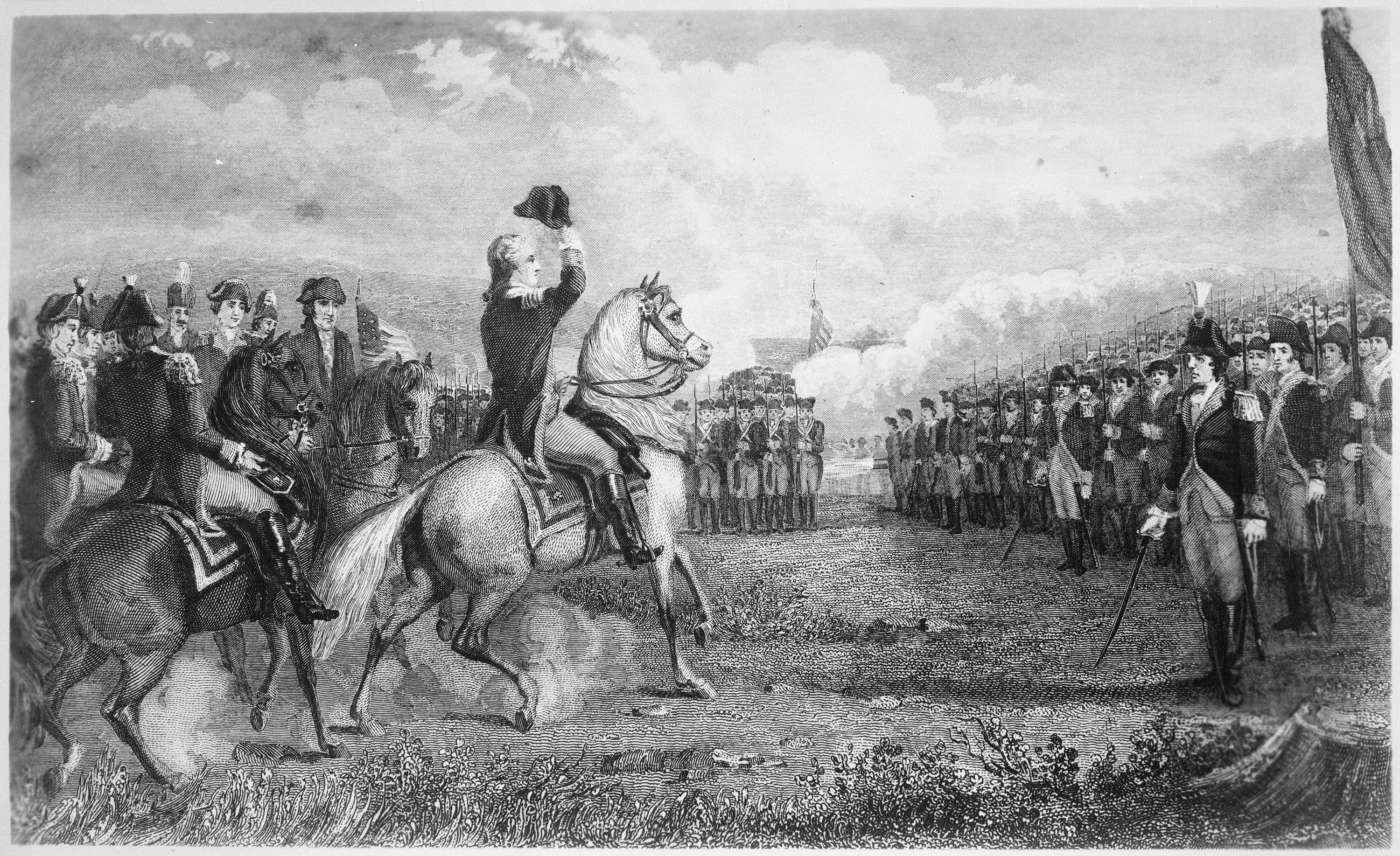 On June 17, 1775, the Continental Congress unanimously chose General George Washington as commander in chief and declared that they would maintain and assist him with their lives and fortunes in the same cause. The Congress then proceeded to choose officers of the army by ballot.

Artemus Ward was chosen first major general as second in command and Charles Lee was unanimously chosen the second major general to be third in command (Papas, 323). Each proposed general had prior service in the British Army during the French and Indian War. General Ward served just a short time as a “major general” under Washington, and he had a fine and distinguished career until his health led to his resignation in 1777 (Pavao).

The appointment of younger officers happened pretty much the same way. If the gentleman’s father had military experience and knew the right people, that would help get his son a commission. At the “Newmarket” plantation just north of Richmond, twenty-two-year-old George Baylor opposed Colonel James Taylor for a seat in the Virginia House of Burgess. His father, Colonel John Baylor Sr., was a close friend of George Washington. Both Colonel Baylor and General Washington had a love for good horses and for the plantation life of the aristocracy. Washington, Baylor and William Byrd III—whose grandfather surveyed and laid off the town of Richmond in about 1737—were among the landed gentry who controlled both the political and social life of Virginia. Baylor’s son, George, and Byrd’s son, Otway, would later become key in the formation of the Third Dragoons who met the British in “Old” Tappan during the war. Francis Otway Byrd played an important role in this story, too.

Young Otway was a midshipman in the British Navy and served on several of His Majesty’s ships. His last ship was the frigate HMS Fowey. When the ship arrived to evacuate Lord Dunmore at the time of the “Gunpowder Incident,” Otway jumped ship and returned home to his plantation to offer his services to his colony (Maurer, 2-3). George Baylor went to Boston as an aide de camp to Washington and Otway was appointed as an aide to General Lee—now second in command of American forces in the south. General Lee may have asked for Byrd because he too had served and resigned his commission in the British Army to serve with the American cause (Maurer, 446). Soon, General Lee was ordered to join his forces with those of General Washington, but Lee was taking his time getting there.

On December 8, 1776, General Washington—and Major Baylor—crossed the Delaware River opposite Trenton. On December 14th, Washington had moved the headquarters to a farmhouse owned by William Keith on the road from Brownsburg within half an hour’s ride from Newtown, near McConkey’s Ferry (Robins, 66-97, 84-85). 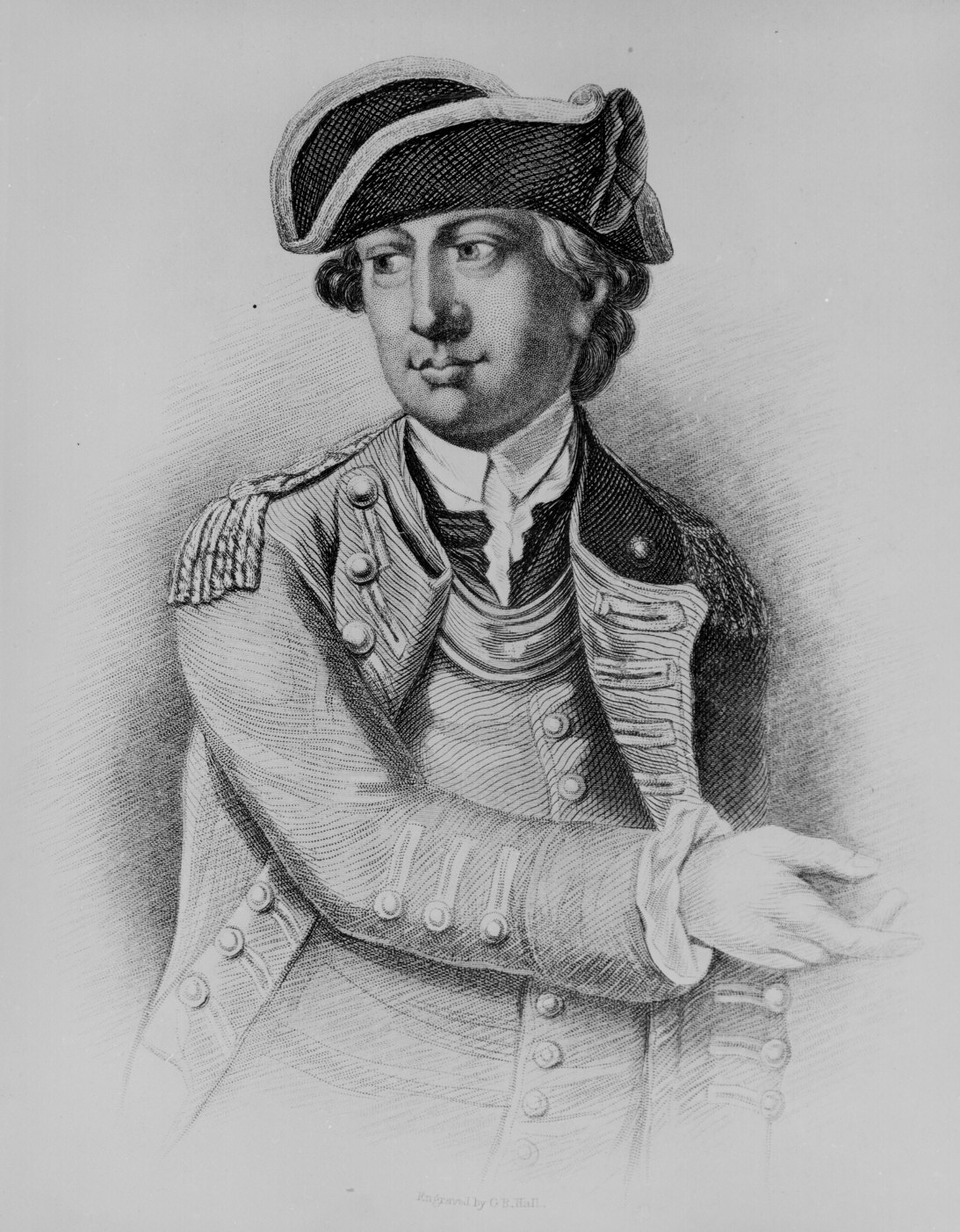 Engraving of Charles Lee, from the 18th century. Image courtesy of Wikimedia Commons.

On the evening of Christmas Day, General Washington ended his retreat and attacked the British and Hessian soldiers at Trenton for a major morale victory. During the battle, George Baylor approached the Hessians, ordered them to cease fighting, and took their surrender. This would lead to his commanding the soon to be organized cavalry of the Third Dragoons.

However, General Lee, a week earlier, had a problem in the town of Basking Ridge, NJ.

Lee’s capture, depending on the source, goes like this: “Charles Lee, brave soldier, upholder of liberty, world patriot, was degenerating into a thing of meanness and a potential traitor. He had spent the night of December 13th at the Widow White's Tavern in Basking Ridge, several miles from his unit. Early in the morning an officer [Major Wilkinson] arrived at the inn with a dispatch from General Gates, and Lee, thrusting an old flannel gown over his night-clothes, placidly got out of bed and proceeded to write a letter to Gates. He naturally did not know that a “Tory busybody” had given the British, in camp fifteen or twenty miles away, due notice of his presence in the tavern. As Lee was finishing the letter, Wilkinson, looking out of the bedroom window, saw a troop of red-coated British soldiers riding rapidly up to the house. They were men from the Sixteenth Light Dragoons, under the command of Colonel William Harcourt, some of whom, by a curious coincidence, had served with Lee in Portugal and remembered him as a brave if somewhat irascible soldier" (Robins, 79). 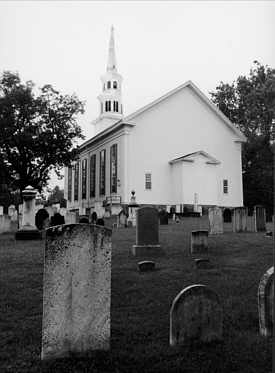 It seems that Elder Muklewrath (Samuel McIlrath) of the Mendham Presbyterian Church had been with the general line the night before, complaining that the American troops had stolen one of his horses. The following morning, he fell in with a detachment of the Sixteenth British Light Dragoons which was reconnoitering in the neighborhood. In some manner the Elder divulged the proximity of Lee, and, it is said, either voluntarily or involuntarily guided the enemy to the General’s quarters. This regiment of Harcourt’s—called the Queen’s Own—was considered the crack cavalry corps of the British forces (Melick, 344-345).

Major Byrd is also taken prisoner. The prisoner exchange in those days was by rank. Byrd was shortly released on his parole, went home, and sent General Lee a note that he was “nesting.” General Lee was to remain, removed from the war, until he was exchanged on May 6, 1778, shortly before the Battle of Monmouth. The Battle of Monmouth ruined General Lee’s career and led to being relieved of his command by a court-martial.

Baylor and Byrd, however, resumed their careers as the officers of the Third Dragoons and used their short military and horse experience, until September 27, 1778, when the unit passed through Old Tappan and were massacred as they slept.

General Charles Lee’s passing is found in the “Pennsylvania Gazette,” October 9, 1792. He died in the “Sign of the Conestoga Wagon” and was buried in an unmarked grave in the old yard of Christ Church in Philadelphia, where he spent his final days. “No stone marked his grave, but tradition placed it next to the grave of General Mercer near the old wall adjoining the Church. In 1861 Church Alley was ordered to be widened thus cutting off about eight feet of the church yard" (Watson, 120). All the remains of General Lee were removed and re-interred at the spot designated between the first and second windows east of the southwest door of the church. In his will, he wrote, “I give and bequeath to my former aide de camp, Otway Bird, Esq., the choice of another brood mare and ten guineas for the same purpose of a remembrance ring" ("Spare"). He added this clause in his last will and testament: “I desire most earnestly that I may not be buried in any church or church yard, or within miles of any Presbyterian or Anabaptist meeting house, for since I have resided in this country, I have kept so much bad company when living, that I do not choose to continue it when dead" (Robins, 92-93).

Samuel McIlrath and family moved to Ohio and came back to Mendham, where he died and was buried in “Hilltop” cemetery, Section 5, ID 9519783, on August 9, 1804, at the age of 85. His monument there again misspelled his name, this time, as “McHarth.” 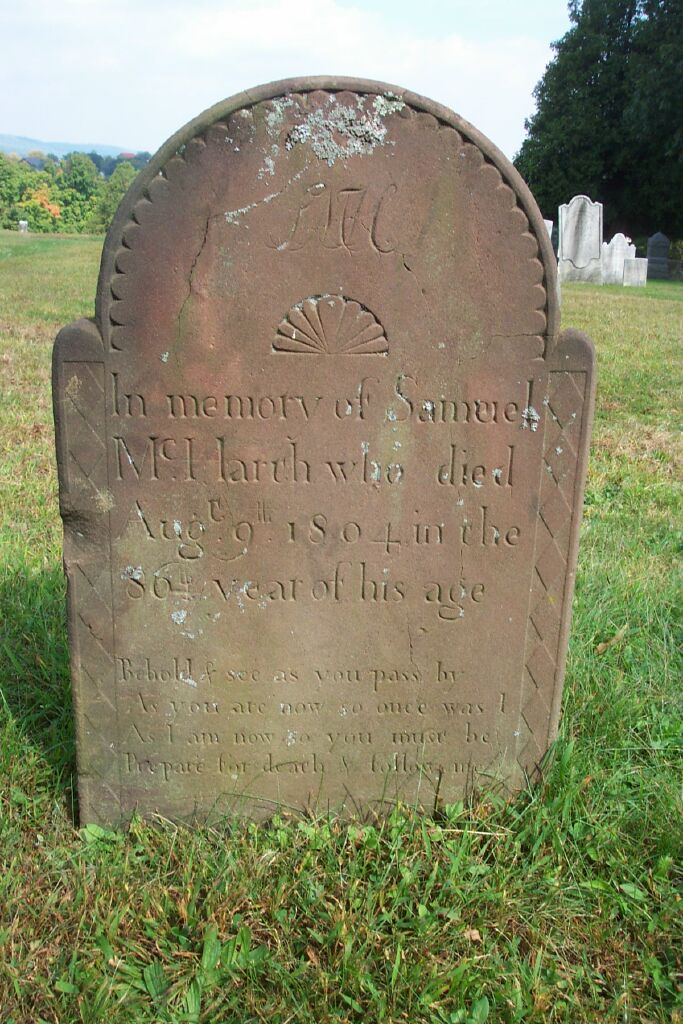 Melick, Andrew D. The Story of an Old Farm: Or, Life in New Jersey in the Eighteenth Century. Unionist-Gazette. Bedminister, NJ: 1889.

Robins, Robins. M.A. "Charles Lee - Stormy Petrel of the Revolution, in an address delivered before the Historical Society of Pennsylvania, March 14, 1921." The Pennsylvania Magazine of History and Biography. Vol. 45, No. 1: 1921.