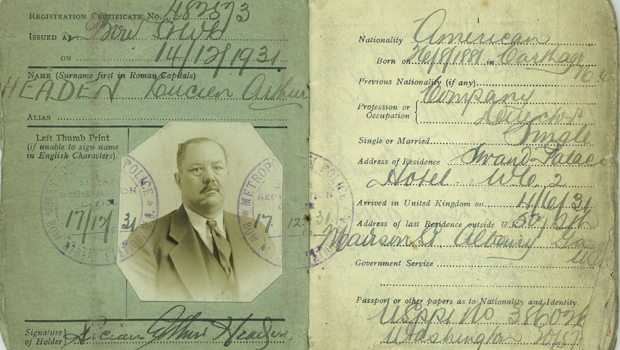 --By Jill D. Snider, author of Lucean Arthur Headen: The Making of a Black Inventor and Entrepreneur

On a Sunday morning in December 1917, Lucean Arthur Headen rose to address the congregation of Harlem’s St. James Presbyterian Church. Recently returned from a six-week trip abroad, undertaken to demonstrate to the British Admiralty the “Headen system of optical camouflage” for ships, he had come to share his experiences with St. James’s members. Later in the day, he also spoke directly to the men of the church’s Brotherhood.

At first glance, church seems an unlikely place to find Headen. More devoted to worldly action than to worship, in his long, eventful life, he became a pioneering aviator, ran bootleg liquor, built and marketed custom cars, founded an auto-racing team, and navigated the obstacles faced by African Americans and all independent inventors to earn eleven patents—a remarkable achievement. Headen, unlike most inventors, also made a living from his patents. Eventually emigrating to England in 1931, he established an engineering firm in Camberley, Surrey, where for the next 25 years, he manufactured and sold his engine and other products across Europe and the British Commonwealth.

Headen’s appearance at St. James Presbyterian, however, was not as incongruous as it appears. St. James was a center of African American life, and it opened its doors to speakers of many types. And—as I came to discover in the collections of the Presbyterian Historical Society in Philadelphia—the Presbyterian Church had shaped Headen’s world since his birth in 1879. He learned his first religious lessons in the Sunday School of John Hall Chapel, founded in 1884 by the Rev. Henry D. Wood in Carthage, NC. Wood had come South with his wife Annie as part of a vanguard of the Presbyterian Church in the USA, dedicated to helping freed African Americans organize churches and schools. He brought wide experience with him. Born free in New Jersey, he had fought in the Civil War with the 54th Massachusetts Infantry, sailed with the U.S. Navy, and graduated from Lincoln University. 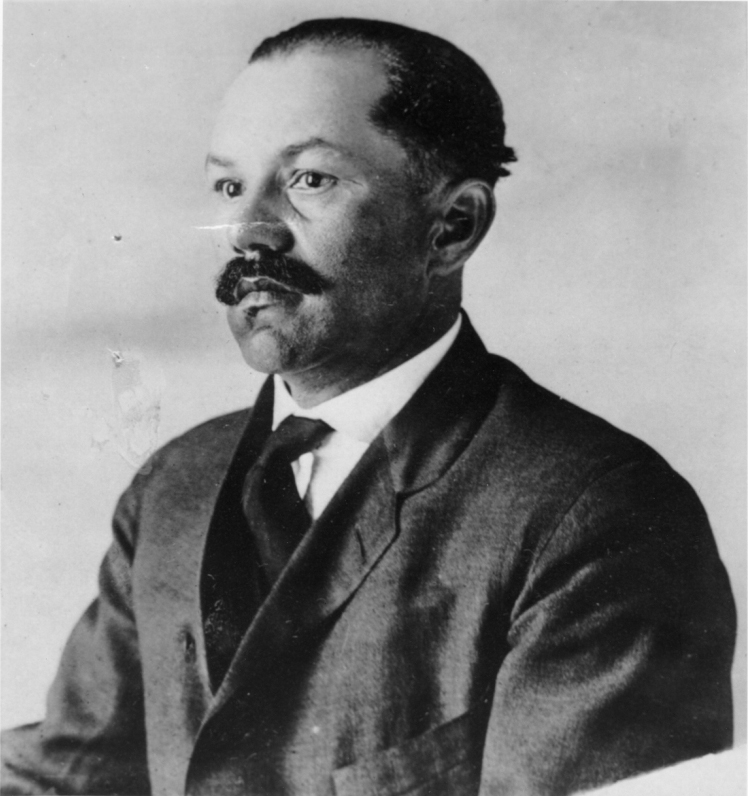 Headen’s family—his grandfather, wheelwright Adam Tyson; his great-uncle, toolmaker Joseph Tyson; and his father, sawmill owner Jerry Headen—helped him develop an early interest in mechanics and business. Henry and Annie Wood gave him the vision, education, and connections needed to capitalize on that interest. Headen attended a parochial school the couple ran at John Hall Chapel, then entered Dayton Academy, an industrial boarding school they established next door. He later undertook advanced studies at Albion Academy in Franklinton, NC, where Wood had once served on the Board of Trustees.

The influence of the church lived on long after Headen graduated from Albion in 1903. He married Tena Elizabeth Drye that year at Chestnut Presbyterian Church in Wilmington, NC, and the newlyweds moved north to Jersey City. The years that followed were difficult ones. Denied skilled work in segregated union shops, Headen labored as a Pullman porter and as a dining car waiter on the Erie Railroad, likely despairing he would ever achieve his dream of becoming a successful inventor.

That he did not abandon his ambitions can be credited in part to Jersey City’s Lafayette Presbyterian Church. Headen’s participation was limited, but Tena became a key member, teaching Sunday School, heading social activities, and raising funds. Through her work, she built connections with men like Fred Moore, editor of the New York Age, who when Headen decided to learn to fly in 1911, publicized his feat, and with others who later emerged as business partners. After the Headens moved to Chicago in 1913, Tena cultivated similar relationships at Grace Presbyterian Church, two leading members of which, composer Joe Jordan and Chicago Defender editor Robert Abbott, offered Headen early investment and publicity for the device he had demonstrated to the Admiralty. 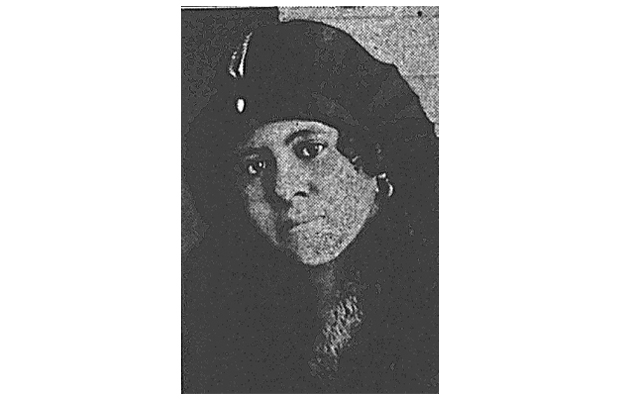 As Headen sought backing for this and other projects, he drew on a strategy learned from Rev. Wood, one with roots in the church. While most Black entrepreneurs pooled funds within their community to finance their ventures, Headen adopted the coalition approach he had observed Wood apply to raise funds for John Hall Chapel and Dayton Academy. The minister had brought together Black artisans and farmers in Carthage; women, Black and white, from his home church in Trenton; members of the Board of Missions for Freedmen and the interracial Yadkin Presbytery; white Northern industrialists; and local white politicians and business leaders to build both the chapel and the school.

To develop his camouflage device—an array of beveled, silvered mirrors that diffracted light to reflect back to submarines only sea and sky—Headen created an equally diverse alliance. He turned not only to Joe Jordan and Robert Abbott, but to the McCormick family of Chicago, prominent benefactors of the Presbyterian Church. Henry Wood had served on the Board of Trustees of Albion Academy with Cyrus H. McCormick Jr., and in 1914 Headen became chauffeur to Cyrus’s cousin, Chicago Tribune publisher Robert R. McCormick. Cyrus’s mother, Nettie Fowler McCormick, used her influence with fellow philanthropist, Julius Rosenwald, an advisor to the National Defense Council, to bring Headen’s invention to the attention of naval officials, and Robert’s brother, Senator Medill McCormick, delivered schematics directly to the U.S. Naval Consulting Board. Other backers he enlisted were white banker George Liebrandt, University of Chicago physics professor Harvey Brace Lemon, Black minister Archibald J. Carey, white patent lawyer Wilmot Comfort Hawkins, and bridge engineer Joseph B. Strauss. 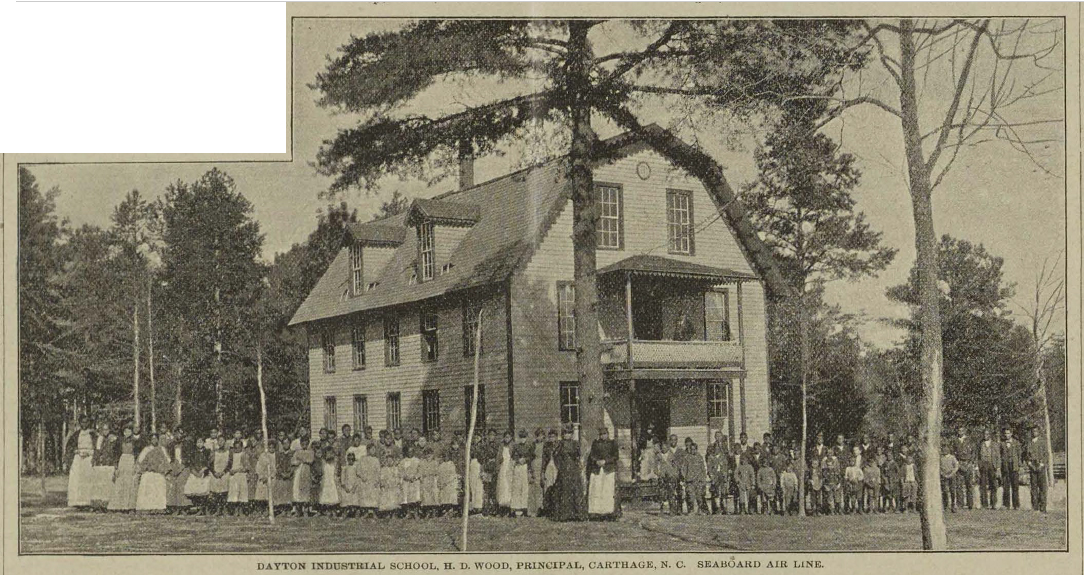 When Headen started Headen Motor Company in 1921, he employed the same approach. His new coalition included family members and their political allies within the Republican Party, journalists, business owners, church and fraternal leaders, educators, and even one well-known gangster. Northern and Southern, Black and white, male and female, young and old, his supporters, like Wood’s, all had their own motivations for participating. The genius was in turning their individual priorities to a single purpose.

In 1924, to promote his “Headen Special” and other cars, Headen moved into the racing world, founding the first national-scale auto association for African Americans. Abandoning Chicago to fling mud, raise dust, and crunch pebbles on dirt tracks from New Jersey to Georgia, he often organized the races in which he competed. It was as an auto racer that Headen discovered the limits of the coalition strategy. Temperance-minded church men and women objected to Sunday races and the often profane, alcohol-infused culture of the track. Political differences arose when a controversial member of Marcus Garvey’s Black nationalist movement joined Headen’s team as publicist. By the middle of 1925, he and Tena had separated, and the coalition had collapsed.

After 1930, Headen developed his inventions using capital provided by a handful of deep-pocketed business partners in the United States and England. They helped him manufacture and market a converter kit that allowed passenger vehicles to run on oil rather than gasoline, a popular gasket that reduced the maintenance needed for oil-burning tractors, and an efficient oil-burning carburetor. 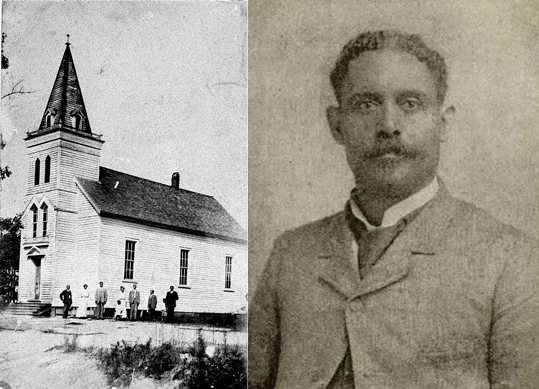 Although Headen ultimately abandoned Rev. Wood’s model for more reliable investment, the coalition strategy had served a critical purpose in his life. It had afforded him precious time. In an unpromising racial environment that denied him the technical training and bank capital needed to thrive, the coalitions he built made it possible to pursue his ideas, build his engineering and business skills, and test and refine his first patented inventions. Those accomplishments were what attracted major investors.

Little could Rev. Henry Wood have imagined where Headen would take the legacy of the Presbyterian Church. The gasket and carburetor Headen patented encouraged farmers in the United Kingdom to stick with machinery in a time of agricultural depression, when many looked to abandon tractors and return to horses or hand plowing. The skills farmers developed maintaining tractors became critical with the outbreak of World War II, when an exodus of cheap labor from the fields made mechanization necessary for food production. Headen’s converter kit also enabled commercial drivers to burn oil and save scarce gasoline for the military. Beyond the war, Headen made important contributions to aeronautical engineering, developing influential anti-icing designs in the 1930s that subsequently have been cited in patents for methods to keep jet turbines, propellers, rotor blades, and most recently, wind turbine blades, free of ice.

The little boy in John Hall Chapel’s Sunday school never embraced piety, as Rev. Wood might have wished, but he did find a way to turn what he absorbed there to the service of community. Those at St. James, I think, would have approved. 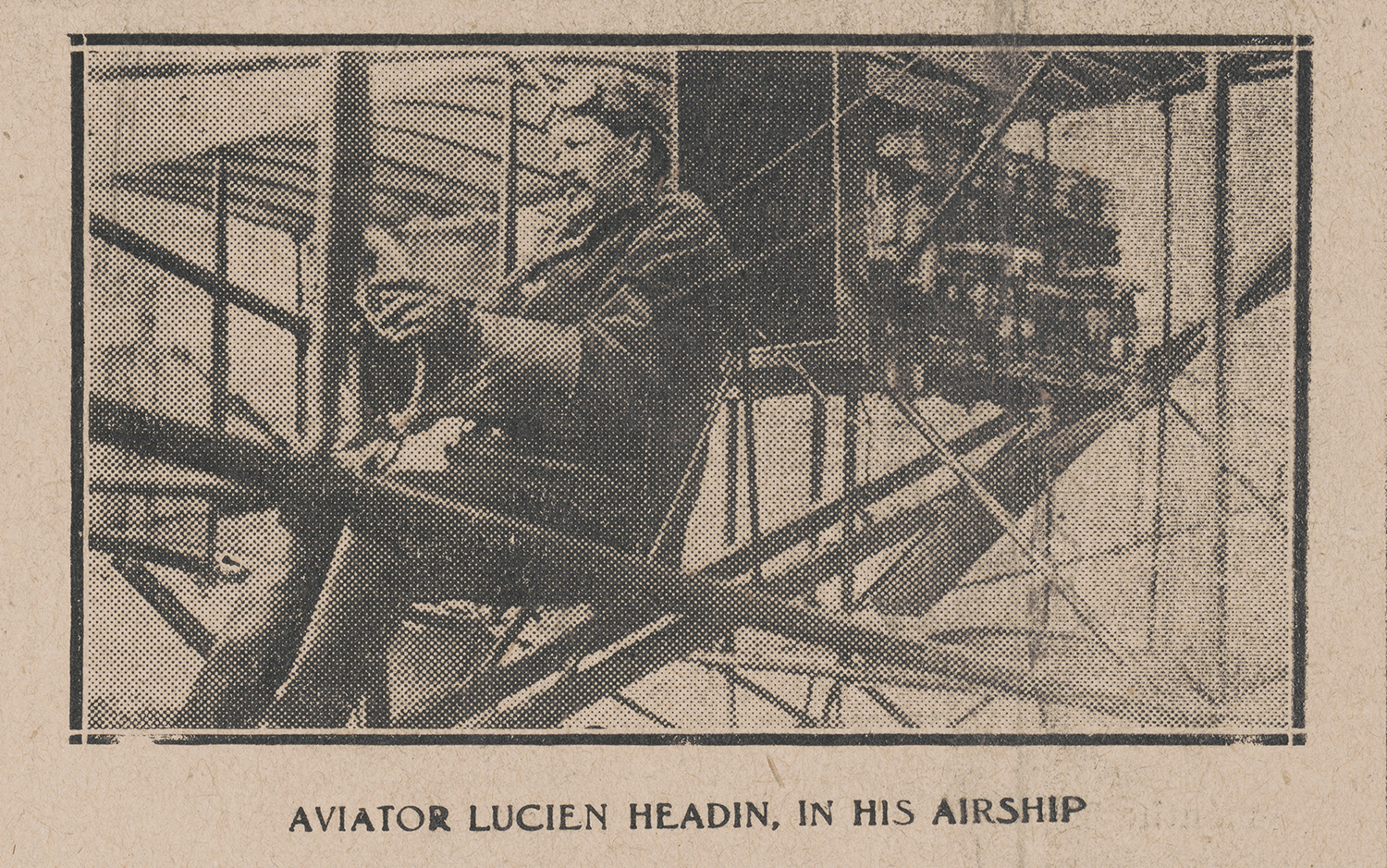 Lucean Headen’s legacy, and the role the church had in supporting it, have been possible to document only because of records archived in the Presbyterian Historical Society. Just as few would have looked for Headen in church, I doubt many would have imagined his biographer at the Society’s polished wooden tables, turning the pages of General Assembly minutes. But that is exactly where I started.

Headen left behind only a handful of items from which to document his experiences, and none related to his childhood. Thus to find him, I had to recreate the world around him. Through Assembly minutes, I could trace the building of his home church, the community it served, and his family members’ participation. From minutes of the Yadkin Presbytery, and from letters Henry Wood published in church magazines, I gained insight into the philosophy and personality of his pastor and mentor. It was there, too, I discovered the fundraising method Headen later borrowed from him. Presbytery records also illuminated Headen’s education, furnishing me the titles and nature of the materials he studied in Sunday School and at Dayton Academy. Board of Missions for Freedmen Records revealed his early teachers at Dayton, and the length of his academic year. And his surroundings at Albion Academy came to life in a data file on the school. Finally, congregational records helped me trace the movements and social networks of Headen and his family as they migrated North. Yielding important insights into the people and institutions that nurtured him, they allowed me to better understand him, his decisions, and his strategies.

Headen’s story is only one of many waiting to be discovered in the collections of the Society, and recent initiatives launched to preserve and digitize the records of African American sessions, organizations, and individuals promise that those stories will become ever more accessible. An indispensable resource, they offer new possibilities for writing Black biography, and for examining the influence of the church far beyond the sanctuary.

--Jill D. Snider is an independent scholar in Chapel Hill, NC. She holds a B.A. in English and a Ph.D. in U.S. history from the University of North Carolina at Chapel Hill and has for the past 40 years combined careers as a technical writer, program and business analyst, archivist, and historian. Dr. Snider has been a research fellow of the Smithsonian Institution, the National Air and Space Museum, the American Historical Association, and the National Aeronautics and Space Administration. Her work focuses on African Americans in aviation history.

Visit Recent Works and learn how researchers are sharing stories from the PHS archive.