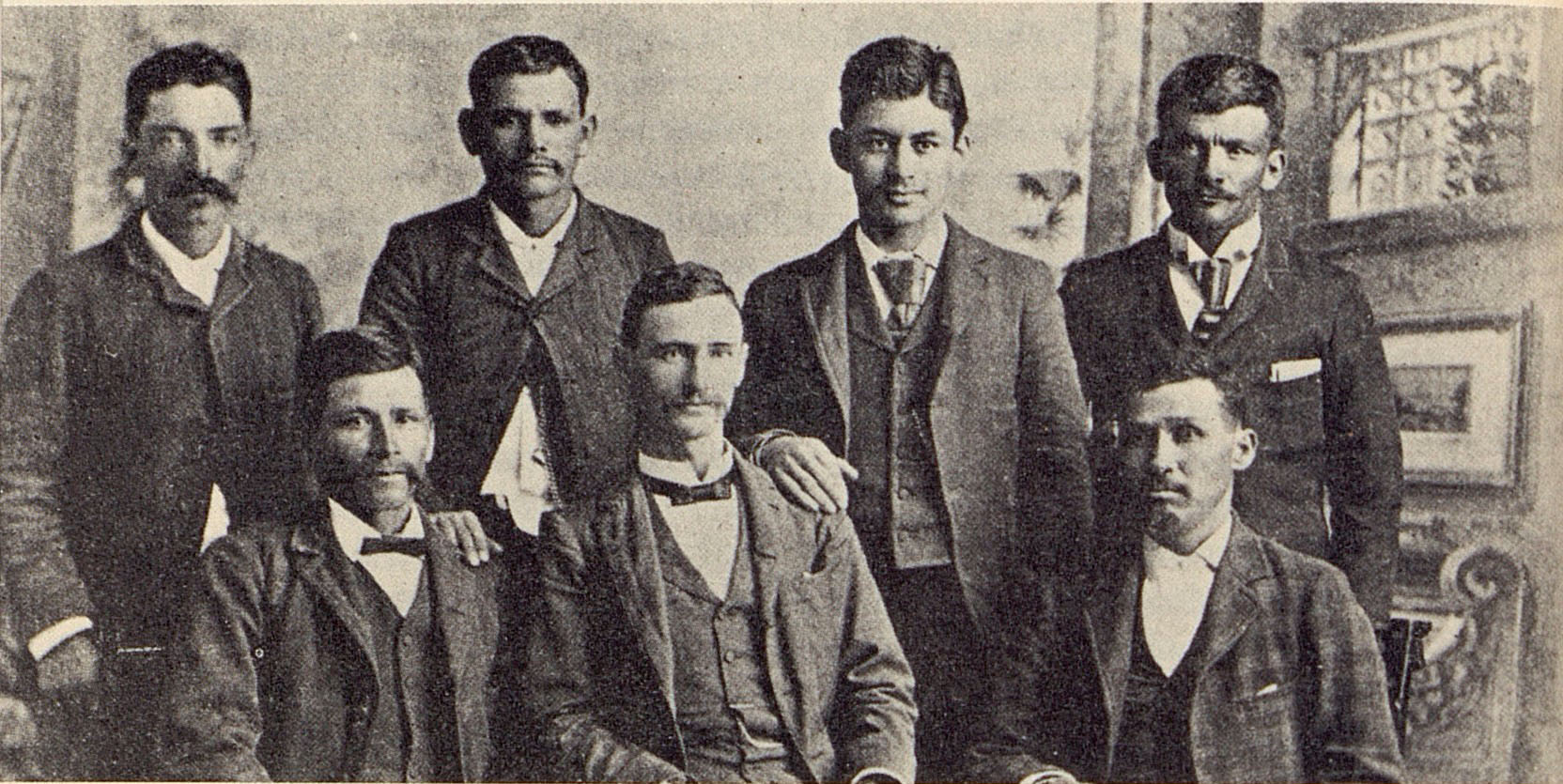 Exploring the roots of the Presbyterian Church in the United States’ Texas-Mexican Presbytery (1908-1960) reveals the fatal errors that resulted in a fractured judicatory throughout the course of its history. In the first blog of this two-part series, we’ll follow the timeline of events outlined by R. Douglas Brackenridge and Francisco O. García-Treto in Iglesia Presbiteriana – A History of Presbyterians and Mexican Americans in the Southwest, and discover the guiding principle of paternalism dictating the work, opportunities, and goals that church leadership established for Mexican congregants and ministers.

The Designs of Walter Scott and Robert Campbell

Walter S. Scott (1865–1937), a bilingual Mexican-born evangelist ordained by the PCUS in Texas, argued in support of Mexican mission work in an 1892 edition of the Christian Observer, asserting that the Mexican population was “as a class, ignorant, superstitious, and ever ready to follow at the bidding of their leaders.” He defended the work as “promotive of the best good to the converts,” citing a focus on appearance and hygiene alongside social, civil, moral, and spiritual development. In other words, the assimilation of American values, and arguments that, according to the authors, “have provided the theoretical foundation for Mexican American evangelization up to the present time.” 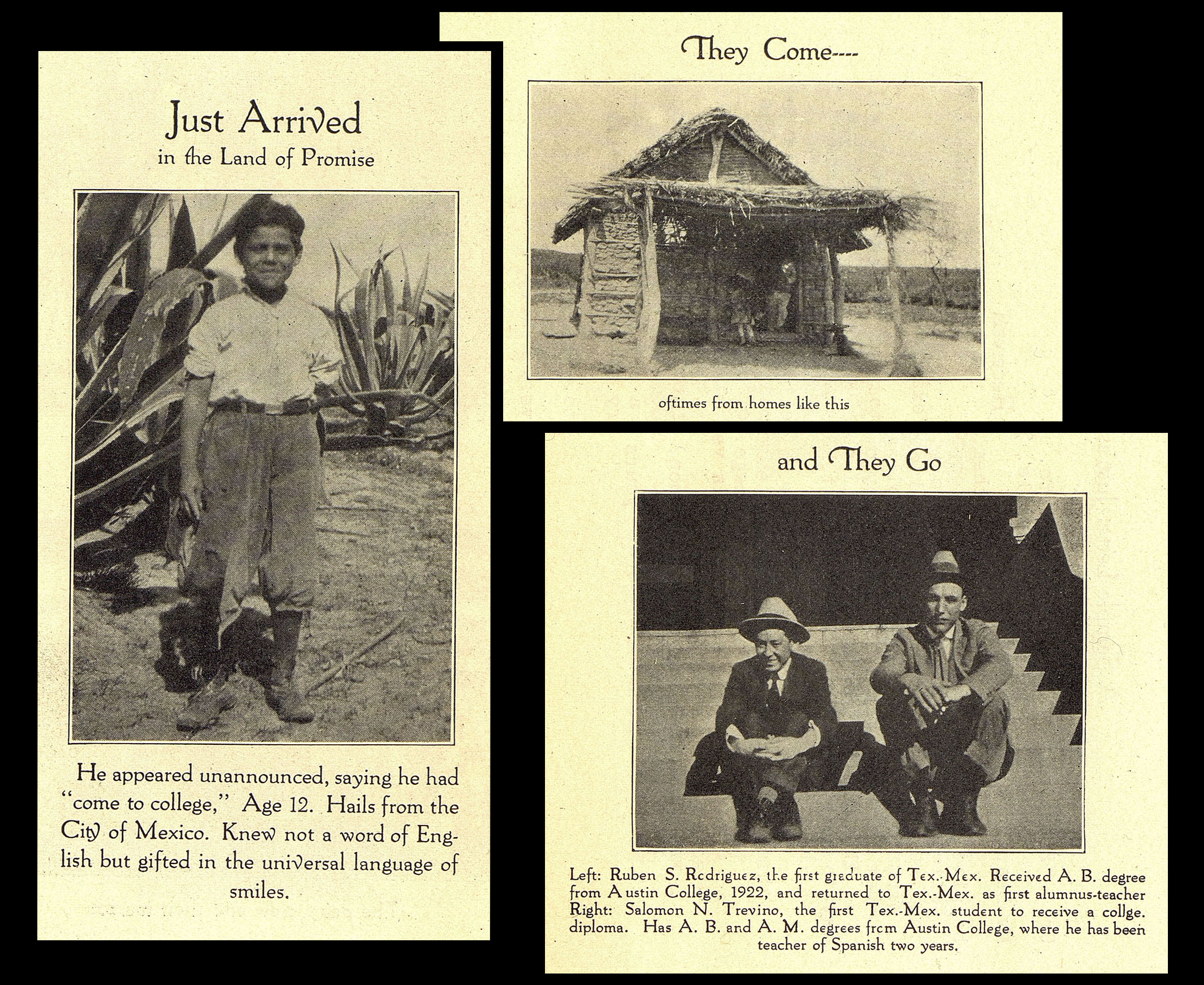 Images from a 1923 publication from the Texas-Mexican Industrial Institute (also known as "Tex-Mex"), a boys' school resulting from the efforts of Tex-Mex Presbytery. This publication, subtitled "An Incident and Illustration of Applied Religion in the Home Missionary Agencies of the Presbyterian Church," frames the founding of the school as a missionary endeavor, aiming to develop the "Mexican boy [whose] inherited natural ability... had lain dormant for eight or ten generations."

Scott traveled through south Texas organizing Mexican churches, operating through his Association of Deans and Elders to train leaders in the practices of Presbyterian government. He had envisioned the establishment of a separate presbytery to give “integrity and autonomy to the missionary enterprise in Texas,” though that would not come until 1908, after a petition was brought to Western Texas Presbytery (PCUS) by Robert D. Campbell.

Campbell was a minister who headed the Bible Training School for Christian Workers, a program established through the Western Texas Presbytery to train “Christian workers among the Mexicans.” Designed specifically to limit opportunities for graduates, it taught only verses from the Bible without vocational training or academic support. According to the founder of the program, Henry B. Pratt, ‘few commercial houses or railroad companies will care to rob us of men trained only to the knowledge and use of the “sword of the Spirit, which is the word of God.”’ In 1907, Campbell and several graduates of the program requested that the Western Texas Presbytery overture the Synod of Texas for the organization of a Mexican Presbytery.

Part of the Texas-Mexican Industrial Institute student body that remained on campus for the 1922 holiday break.

The petition called for increased connection between the Mexican churches; for intellectual and spiritual development of Mexican ministers and ruling elders; for the development of the constituency through Spanish-language Presbyterian meetings and services; and for the development of self-support for Mexican congregations. In response, a Western Texas Presbytery Ad Interim Committee submitted a report listing the goals and outcomes of such a project, with self-support a primary focus. The success of the missionary work in Mexico was presumed indicative of the success of the proposed Mexican Presbytery.

The Synod of Texas appointed Scott to lead an organizational meeting in the summer of 1908 for the new Texas-Mexican Presbytery, or Tex-Mex as it was colloquially known. Though the borders of the new presbytery were statewide, churches were localized in south and central Texas. Campbell and Scott’s relationship was strained, as they often struggled for control over the ‘Mexican work’ in Texas. Campbell was favored over Scott for a position with a San Antonio church and following the incident, Scott left Tex-Mex, opting to travel to the northern part of the state to begin his organizing work anew.

From the onset of Texas-Mexican Presbytery, churches were in dire financial straits. Buffered by a ‘salary subsidy’ distributed by the Synod of Texas’ Home Missions, ministerial salaries were extremely low throughout the life of Tex-Mex. As late as 1946, salaries for ordained ministers ranged from $106 to $147 a month, with or without a manse. The churches were small, structurally simple and in poor condition, and its congregants were largely agricultural workers of “small and uncertain means.” True self-support was never attained by the Presbytery, though Synod annual reports stated year after year that Tex-Mex “continues to show promise.”

“The Mexican Presbyterian Church in Waco, Texas. Organized by Walter S. Scott about 1916, one of his early missions in the Advance Field.”

In North Texas, Scott established the Advance Field, a territorial claim to evangelizing in the area. Effectively resulting in a “presbytery within a presbytery,” Scott fought for the creation of a second Mexican Presbytery, initially supported by leadership of the General Assembly’s Board of Home Missions. However, this was strongly opposed by Tex-Mex leadership, who threatened to publicize Scott’s infidelity and subsequent divorce if he pressed the issue. Once northern migration slowed and the Depression set in, it became clear that integration was inevitable, and in 1935 Tex-Mex once again became the singular, statewide Mexican Presbytery. By 1937, all of the northern-Texas churches were formally absorbed. Scott retired and died that same year, ‘remembered simply as a “friend of the Mexicans.”’

In part 2, we’ll explore how cultural divides created tension between the Mexican congregations and the Synod of Texas and how the Synod’s paternalism threatened the Texas-Mexican Presbytery’s chances to self-sustain.

Listen to the 1975 interview with Ruben Armendáriz, director of the Hispanic-American Institute in Austin, Texas. Armendáriz describes the anti-Catholic sentiment in Mexican Presbyterian spaces stemming from the missionary enterprise and the divisions it created in the Mexican American community.