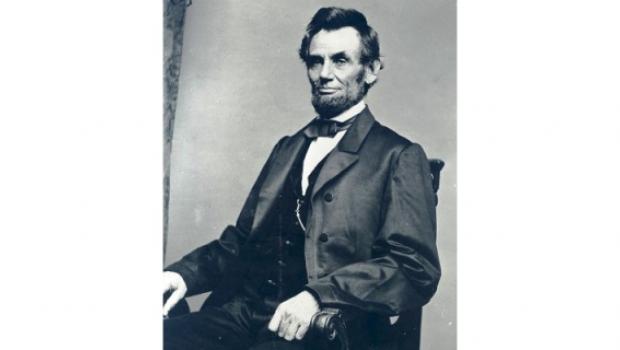 In 1863, Abraham Lincoln proclaimed the last Thursday of November a “day of Thanksgiving and Praise,” making annual an inconsistent national tradition. George Washington had issued two Thanksgiving proclamations, in 1789 and 1795; Thomas Jefferson zero. Some states had celebrated Thanksgiving, while others had not. Even the dates of celebration had differed.

Throughout the Civil War, the Union and Confederate States would use competing Thanksgiving proclamations to lift public morale. Many of the Thanksgiving sermons held by the Presbyterian Historical Society are pointed responses to such decrees. After the capture of Fort Sumter on April 13, 1863, the president and congress of the Confederate States declared June 13 a day of National Thanksgiving. In The Battle of Fort Sumter: a Discourse Preached on the Day of National Fasting, Thanksgiving and Prayer, the Reverend Thomas Smyth told the First Presbyterian Church of Charleston, SC, that, “On this occasion, we will restrict our argument, and your attention, to the glorious victory of Fort Sumter, considered, first, as a signal proof of the powerful providence of God; and, secondly, as a pledge and promise of God's continued providence and protection over us.”

A month later, after another Confederate victory at Manassas, VA, and another declaration of Thanksgiving, the Reverend George D. Armstrong found more evidence of divine support for the Southern cause. In The Good Hand of God Upon Us: A Thanksgiving Sermon Preached on Occasion of the Victory of Manassas, July 21st, 1861, Armstrong told the Presbyterian Church in Norfolk, VA, that, “Through ‘the good hand of God upon us,’ in making mad our enemies, we stand this day a thoroughly united people, with none feeble of purpose in all our hosts;  and the foul aspersion attempted to be cast upon our fair fame in calling us ‘covenant-breakers, traitors, rebels’ recoils upon its authors.” Militarily, the Confederate States dominated the first two years of the War. Only with the Union victories at Gettysburg and Vicksburg in 1863 did the Union cause seem the more likely to prevail. On August 6, Lincoln made his first declaration of a day of Thanksgiving for that year.

Northern Presbyterian ministers used the opportunity to rally a beleaguered people behind the Union cause. The Reverend Frederick T. Brown’s sermon Giving Thanks for Union Victories Preached in Bridge Street Presbyterian Church, Georgetown, D.C., is one conciliatory example. “Divided, made two, we are ruined,” claimed Rev. Brown, “and will be the scorn and contempt of the world. But, one, undivided, and united, we may fearlessly face the world, and go on in that career of progress in which we have started….till that one word American shall make the bad tremble and the good rejoice wherever spoken the world over.” The Civil War would end two years later, but the newly reunited nation would continue to celebrate Thanksgiving each fall, giving gratitude for what it has achieved in times of plenty and loss. In 1863, the songwriter William Muhlenberg wrote “The President’s Hymn: Give Thanks All Ye People.” Its words continue to capture the spirit of Thanksgiving today:

Give Thanks all ye people, Give thanks to the lord,

Alleluias of freed, with joyful accord:

Let the East and the West, North and South roll along,