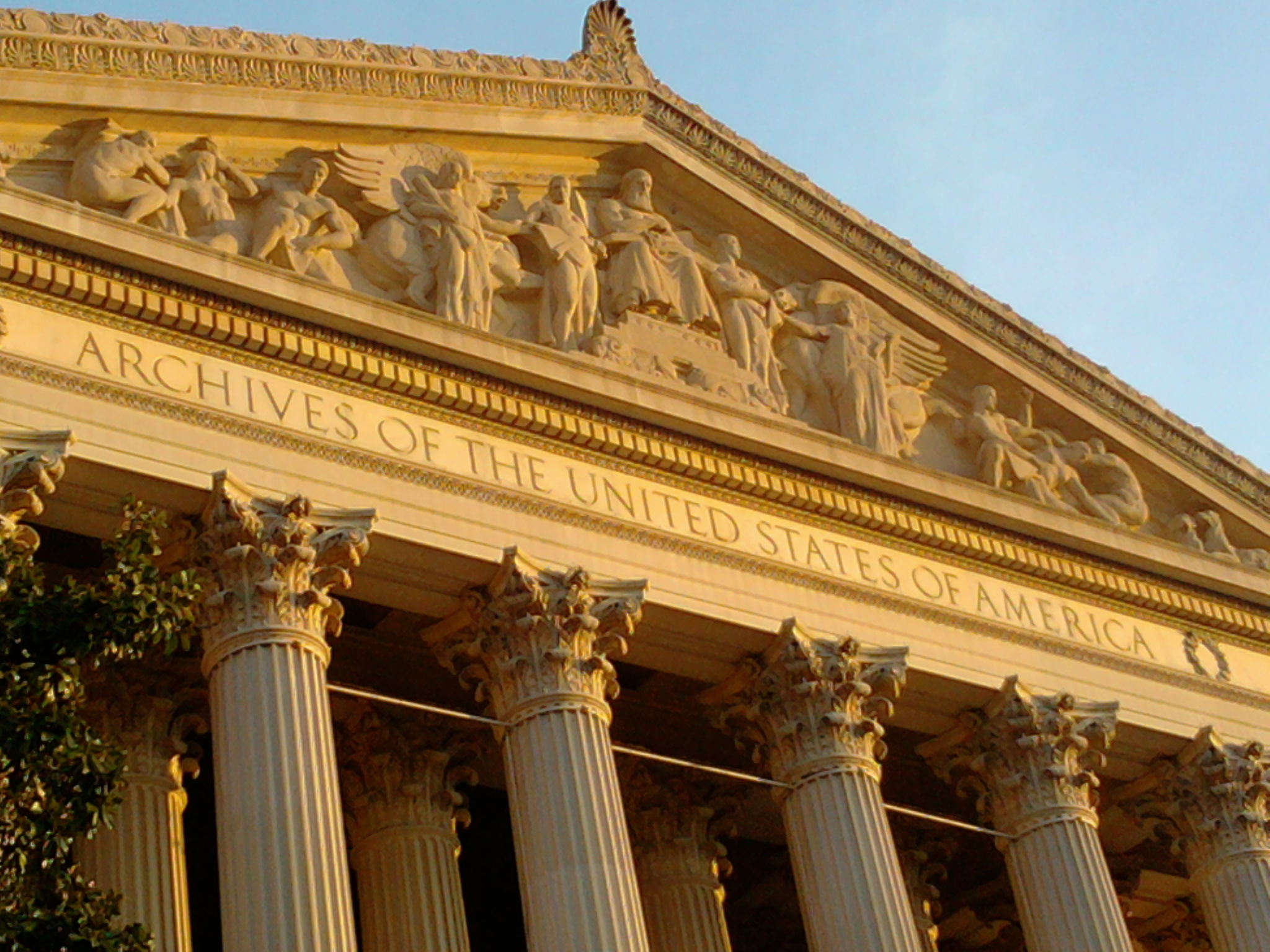 During the 1930s, a Cuban boy sent a letter to President Roosevelt asking for a signed $20 American bill. In exchange, the boy would show the U.S. Army the location of mineral deposits in Cuba. The letter was signed “Fidel Castro.” Roosevelt never sent the $20 bill and the rest, as they say, is history.

This bizarre and fascinating letter is one of the millions of documents and records held at the National Archives and Records Administration in Washington, D.C., the record keeper for the Federal Government.

Thanks to a generous scholarship from the Mid-Atlantic Regional Archives Conference (MARAC), I studied with two dozen other archivists from around the country (and one from Hong Kong) at the Modern Archives Institute held at the National Archives.  The Institute takes three semesters of graduate school and condenses it into a two week course.  The National Archives holds this class twice a year to introduce participants to archival theory, practice and responsibilities. The Winter Session ran from January 23 to February 3. Classes started on Monday at 8:00 A.M.  and continued for two weeks with a rigorous schedule of lectures, tours (including the Library of Congress) and presentations. It’s like archivist boot camp.

The Institute introduces students to the basics of archives administration such as arrangement and description and to more philosophical aspects such as ethics. Professor David Gracy of the University of Texas at Austin gave the first session, which was a general introduction to archives. The session covered the basics beginning with what archivists do, what makes an archives and why archives are important. I learned the difference between archives and libraries.

To go over everything I learned during my two weeks would not fit into one blog post. But some of the highlights included a lecture by Jason Love, supervisory audio-video preservation specialist at the National Archives, on the preservation and reformatting of audio/visual material. Archivists today are struggling with preserving digital materials in formats that become obsolete very quickly. For example, manufacturers are starting to phase out three and a half-inch floppy disks and music CDs. And good luck finding a way to read those old eight-inch floppy disks! The rapidity with which new technologies arrive and then become obsolete demands a more diligent and pro-active approach to preservation.

The Institute also introduced me to the concepts of arrangement and description of archival records and to the Archivists Toolkit, which is open-source software used chiefly for processing collections and publishing finding aids.

I was impressed by the knowledge and expertise of all the presenters, most of whom were professionals working at the National Archives. I also had the privilege to visit the National Archives preservation labs at their campus, an 8 story building that stretches six acres, in College Park, Maryland.

Of course, I have to brag about some of the incredible artifacts I got to see at the National Archives and the Library of Congress. They include declassified U.S. Naval intelligence reports concerning the Russian Revolution, the first telegraph ever sent, photographs of missile sites in Cuba during the Cuban Missile Crisis, confiscated Nazi documents used during the Nuremberg trials, personal diaries of Theodore Roosevelt, and my personal favorite, a telegram sent by the Wright Brothers after their first successful flight at Kitty Hawk. Upon receiving it in Ohio, Mr. Wright refused to read the telegram until after he finished his dinner. He then went to the town newspaper to give them the scoop. The newspaper, however, did not print it, deeming it insignificant.

I want to thank my co-workers at the Presbyterian Historical Society for allowing me the opportunity to study for two weeks at the Modern Archives Institute. It was challenging, educational and rewarding.