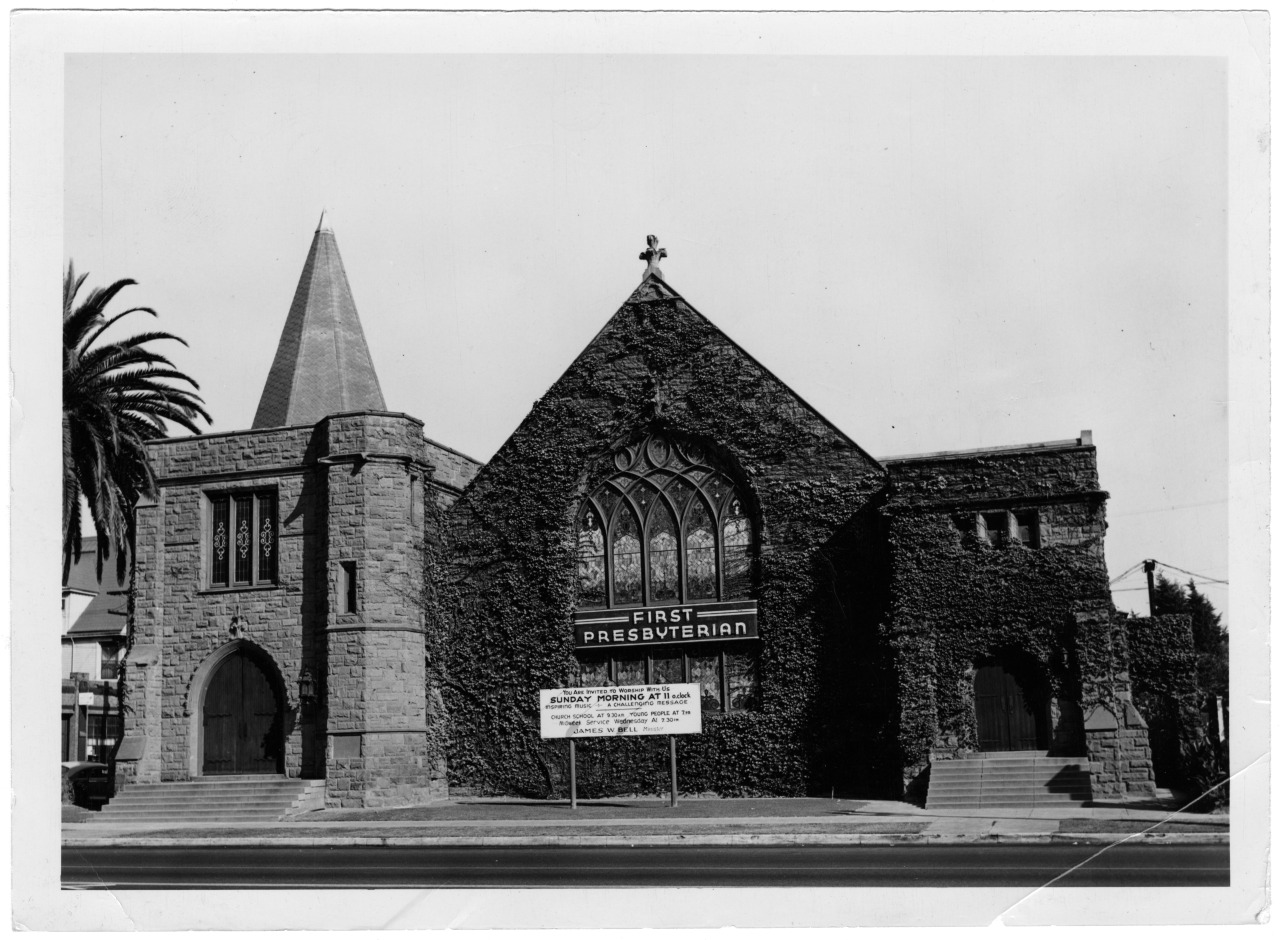 The Presbyterian Historical Society documents the experiences of Presbyterians from across the country. As part of our series on regional history, here are five stories about the Los Angeles area collected by PHS.

Los Angeles was not easily moved to the cause of Presbyterianism in the late nineteenth century. Five separate attempts were made beginning in 1854 to establish a permanent Presbyterian congregation in Los Angeles -- one minister called it "the hardest nut to crack he had ever tried, and heartsick he returned to the East and died there." Finally in 1874, the home missionary James Fraser, declaring that "Los Angeles should be held as England holds Gibraltar," organized First Presbyterian Church. The Board of Home Missions' response to his request for aid was terse: "After all our failures we have no faith in Los Angeles. Work it out on your own faith, not ours."

As pastor of First Presbyterian Church (Pasadena, Calif.) in the 1940s, Blake led efforts to desegregate the city swimming pool, to protect the status of conscientious objectors, and to prohibit Presbyterian ministers from signing racially restrictive covenants on property. These activities made him a target of right-wing activists. By 1961, the rumor that thousands of Protestant ministers of all denominations were secretly working for the Kremlin had been widely debunked, and yet, with the fall of the Batista regime in Cuba and a coup in Laos, Californians began once again to fear communist influence at home: some of the same parties which had opposed integrating the Pasadena pool now took to leafleting congregations with accusations of their denomination's partnership with Soviet Premier Khrushchev. In May of 1961, addressing the Presbytery of Los Angeles, Blake reminded his audience that they were listening to "the same people who were McCarthy's stooges a few years ago," who had accused Dwight Eisenhower of being a Soviet puppet, and that panic about the new crop of accusations of Soviet influence was distracting churches from their work of witness. PHS holds the full address on open-reel tape, and you can listen to a clip below:

Reacting to the impoverishment of inner-city communities, and to the twin crises of discrimination in employment and real estate, the Presbytery of Los Angeles organized a neighborhood house in Watts to provide a space for community development and job-training. During the Watts Rebellion, the Westminster Neighborhood Association was the only building on its block left standing. Afterwards, renewed support from the UPCUSA Commission on Religion and Race allowed the neighborhood house to grow and thrive. Last April, we found these slides in a stash of undescribed audio-visual material held at the PC(USA) national offices in Louisville. We described the material and shipped it to Philadelphia.

By 1885, First Presbyterian Church had grown to 2,600 members and established a half-dozen new churches and Sunday schools, among them a mission on Nevada Street in a rapidly growing residential area then on Los Angeles' southwest fringe. In 1888, feeling called to forego a large salary in favor of expanding the congregation's reach, First's pastor William Chichester took 100 members with him to the Nevada Street Mission and organized Immanuel Presbyterian Church. The congregation's first building went up at Tenth and Pearl in 1891, as the Presbytery of Los Angeles put it, practically "in a peach orchard." As the City of Los Angeles moved to widen Tenth Street in 1905, Immanuel's growing congregation faced a shrinking footprint for its building, and ultimately moved into a massive Gothic edifice at Wilshire Boulevard and Berendo Street. Situated on Wilshire, what church elders called "the Fifth Avenue of the West," the current church building was dedicated in 1929. Their current pastor and friend of PHS, Tony De La Rosa, sent Immanuel's records to PHS for permanent safekeeping in 2014.

Thank you, Angelenos, for contributing to your Presbyterian national archives! Is your congregation represented here? Let us help you with that.