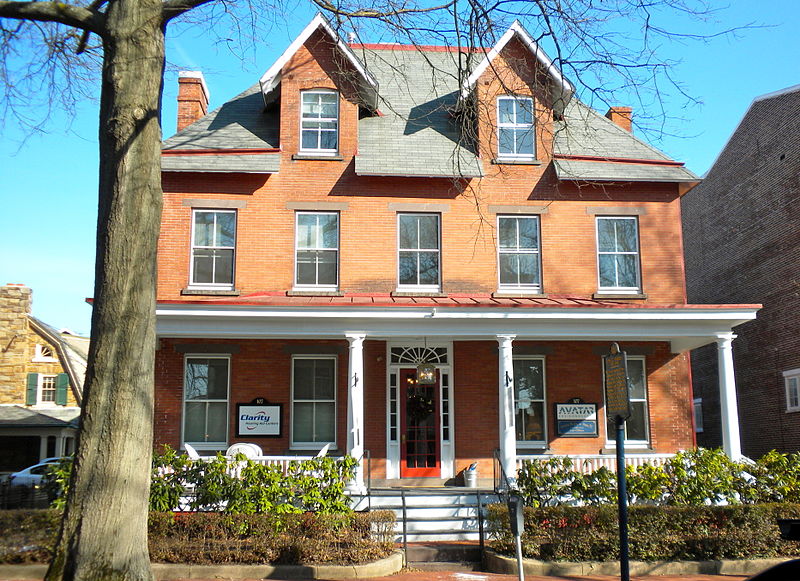 Sidney Homer, undated, via Wikicommons.
A student of the Curtis Institute of Music, and for a short time the organist for a Presbyterian church in West Chester, Barber went on to have a celebrated career that included two Pulitzer Prizes—in 1956-1957 for Opera Vanessa, and in 1962 for Concerto for Piano & Orchestra—and a number of timeless scores. Among his most celebrated works are Dover Beach for medium voice and string quartet (Opus 3, 1931); (First) Symphony in One Movement (Opus 9, 1936); Adagio for Strings (Opus 11, 1938); and Knoxville: Summer of 1915 for soprano and orchestra (Opus 24, 1948). Included in Barber’s 135 credited compositions are 16 pieces of sacred music, including “Motto on Words from the Book of Job,” 1930; “God’s Grandeur,” 1938; “Easter Chorale,” 1954; and “Chorale Preludes for ‘Silent Night,’” 1960.

Samuel Barber, 1944. Via Wikicommons. Photograph by Carl Van Vechten.
On October 16th, Lead Pastor Don Lincoln and Church Historian Don Jost of West Chester's Westminster Presbyterian Church will formally deposit at the Presbyterian Historical Society an original Barber composition, “Chorale for a New Organ.” The score, written to commemorate the installation of a new organ at that church more than 75 years ago, is one of a number of unpublished compositions by Samuel Barber, two of which are held at the Smithsonian Institution in Washington, DC. During the PHS event, Glenn Kinckner, an organist at Westminster Presbyterian Church at the time of Barber's funeral in 1981 [2], will perform the Barber composition on a newly restored portable reed organ named “Cornelia,” another notable historical artifact. Presbyterian Sunday School missionary William H. Schureman played the pump organ at thousands of stops he made while traveling by horse and buggy throughout Wyoming and Colorado in the early decades of the 20th century.

Photocopy of "Chorale for a New Organ" by Samuel Barber, 1936. Courtesy of Westminster Presbyterian Church. Click here for larger view.

[2]  In April 2017, Dr. Jeffrey B. Fowler emailed us a correction. It was Dr. Fowler who played the organ at Barber's funeral, not, as previously stated, Mr. Kinckner.