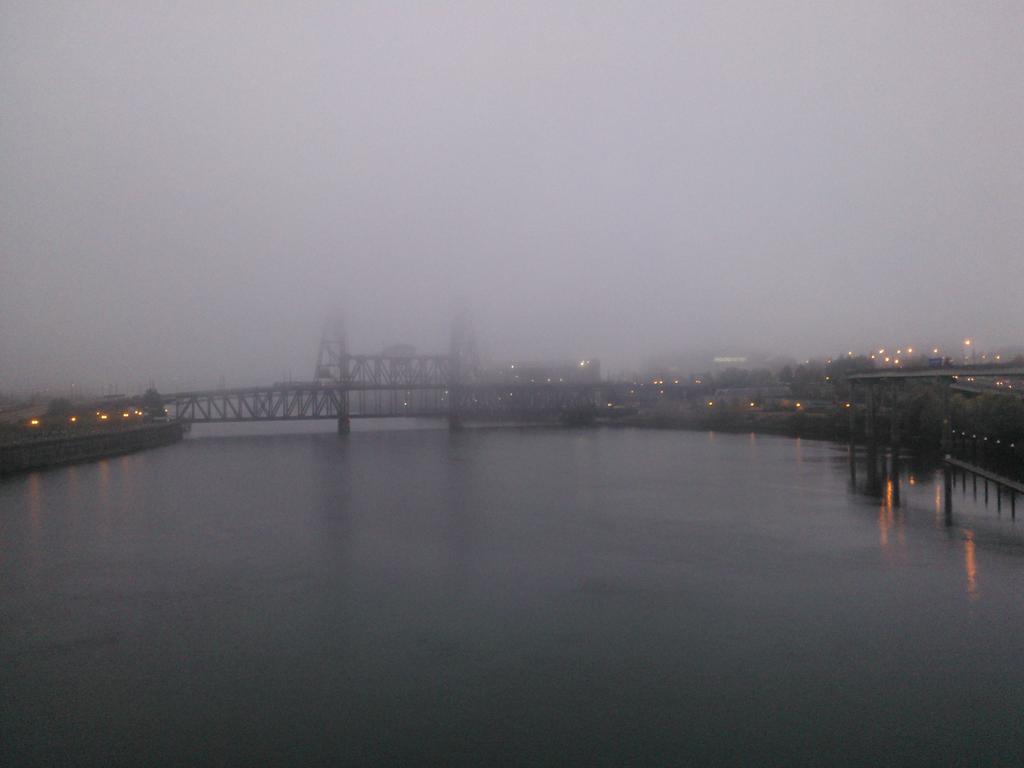 The Presbyterian Historical Society's executive director, Beth Hessel, and records archivist, David Staniunas, accompanied our Office of the General Assembly colleagues and hundreds of mid council leaders to Portland, Oregon, for the 2015 Polity Conference and associated meetings. Polity in odd-years takes place at the site of the next General Assembly, and the last time Presbyterians gathered in Portland, it looked like this:

The UPCUSA approved the proposed Confession of 1967 at the Portland Convention Center by rising vote, with stated clerk William Phelps Thompson, in his role as chief parliamentarian, guiding moderator Eugene Smathers through the voting process. Commissioners made motions from the floor until the last instant:

Many among us wish we had Galatians 6:9 at the ready, because during nearly a full week of plenary sessions, worship services, workshops, tours, conferring, discerning, and walking, plenty of folks grew weary in doing good. Jet lag didn't do Presbyterians of the eastern time zone any favors either. I flew in on Friday night and spent much of Saturday editing my presentation for New Stated Clerks training, this year folded into the pre-Polity meetings of the Association of Stated Clerks, the Association of Mid Council Leaders, and the Committee on Representation. Clerks are the born allies of archivists, and even before I started, two of them had already laid out the hybrid paper-digital recordkeeping landscape for us:

"I've got churches that say 'What am I doing with all this paper?'"

"Then you should ask them how that floppy-disk with a bunch of WordPerfect documents on it is doing!"

On Sunday, The Rev. Dr. Hessel presented "Looking back and moving forward: C67 at 50," exploring the four modes of reconciliation to which the Confession commits Presbyterians: peacemaking; racial justice; economic justice; and calming the age's "anarchy in sexual relations." Beth led the group to consider where C67 stood in the political context of the 1960s: for instance, in a CBS News program on the Confession, general secretary of the Board of National Missions Kenneth Neigh is prodded about the left-leaning nature of the document. His response: "I wouldn't say it's liberal at all."

Two sessions at #policon15, which kicked off on Sunday evening, were devoted to current overtures to the 2016 General Assembly from Foothills Presbytery. Redolent of the atmosphere of 1967, the overtures seek to modify the mechanisms by which the denomination considers and responds to current events.

Early Monday morning, I walked from the hotel to the Oregon Convention Center up on MLK, crossing the Willamette via Burnside, which is the neglected border of posh City Center. It was wake-up call at the rescue mission and the Salvation Army, and most folks were packing up and walking west in the dark. Cyclists whipped up the bridge in low gear, GoPro cameras mounted. I turned to catch the hopeful and steadfast neon buck welcome us all to Portland, and moved down the bridge in the fog to deliver my PowerPoint.