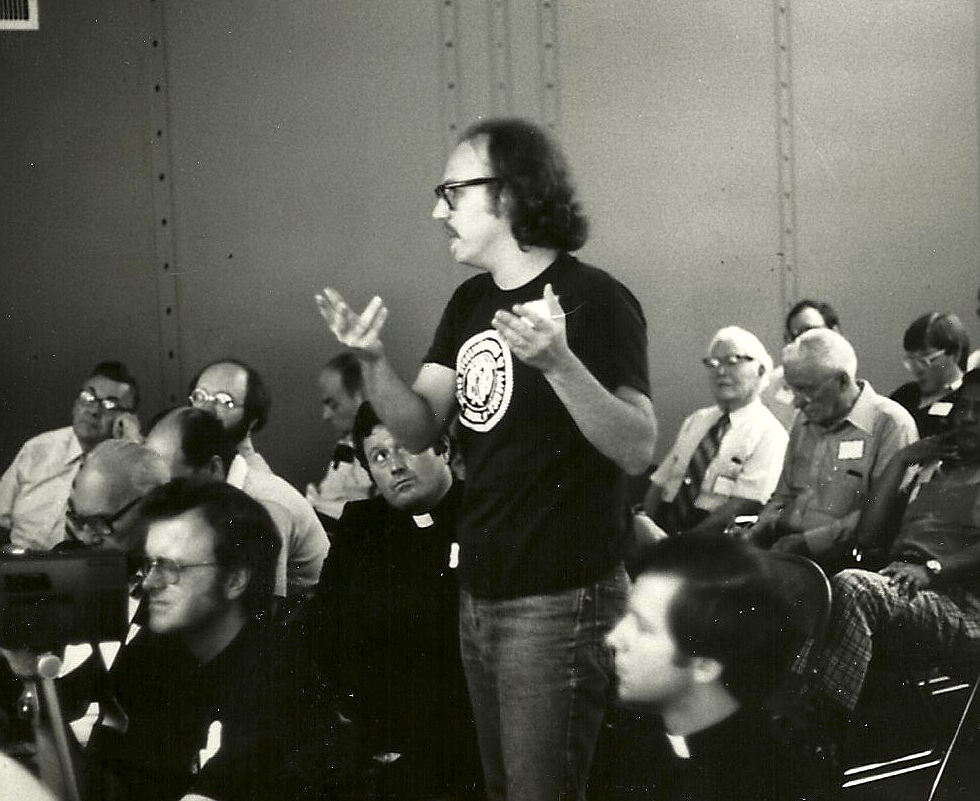 Change was in the air when our family returned to the U.S. in the Spring of 1972 from Manila. The demise of American manufacturing was becoming a national preoccupation. The loss of the U.S. industrial base, and the jobs that went with it, was especially hard-felt in Chicago, where I was to lead the Institute on the Church in Urban-Industrial Society (ICUIS). The Institute was a part of the United Presbyterian Church in the U.S.A.’s Program Agency, the forerunner of today’s Presbyterian Mission Agency.

A First National Bank of Chicago study from that time showed that 325 manufacturing firms had left Cook County between 1970 and 1977, with a net loss of 151,000 manufacturing jobs. Some industries had closed, some had moved to more favorable labor climates in the U.S. southern and Plains states, and others had moved to non-unionized overseas locations. In this new context, the McCormick Seminary-based ICUIS (which was affiliated with the World Council of Churches and the Presbyterian Institute of Industrial Relations) set out to assess the impact that global political change was having upon the church’s role in the world economy, beginning in our own backyard.

ICUIS began tracing, researching, and reporting on the economic dissolution happening within the Rust Belt region around the Great Lakes. The steel industry was our beginning point. Major U.S. steel operations had been challenged by the industrial changes taking place in Asia and South America. The steel industry was one of the first sectors developed in newly industrializing economies. Not only was steel crucial to the consumer sector of a developing economy, it also provided an avenue to compete on the global export market.

Our clarion call for action came in September 1977, when the Youngstown Sheet and Tube Co. shut down its Campbell Works in Youngstown, Ohio, with a resulting loss of 6,000 jobs. The reaction in the religious community was immediate and brought into being the Ecumenical Coalition of the Mahoning Valley, a cross section of the religious and community leadership of the Youngstown region, with representation from Cleveland in the presence of the Protestant Episcopal Bishop. Within six months of the closure of the Campbell Works, the leadership of the Coalition had organized a “Save Our Valley” campaign with the creation of a savings account to buy out the Youngstown Sheet and Tube Co. and establish a worker-owned and worker-managed corporation. “Save Our Valley” drew support from national church offices in New York as well as local contributions from Youngstown congregations. The campaign’s savings account reached over $4 million.

As the Youngstown situation was unfolding, South Chicago faced its own major steel plant shutdowns. On March 28, 1980, Wisconsin Steel Company unceremoniously shut its doors. Suddenly, without previous notice, 3,500 workers were thrown out of work. The troubles at Wisconsin Steel, which had gone into bankruptcy, was indicative of the steel industry across the Midwest. U.S. Steel, which had a neighboring plant in South Chicago, put 5,000 of its workers on furlough. Nearby, the financially sound Inland Steel put its 5,500 employees, blue collar and salaried alike, on a four-day week. In the greater Calumet region, 125,000 jobs were related to steel production. The losses within the industry sent shock waves through the wider community. Churches were directly affected by the loss of jobs among their people.

Further Reading: Learn more about Labor Rights in Chicago in the "Back in the U.S." section of www.richardpoethig.com, under "Organizing for Change: Part 2."