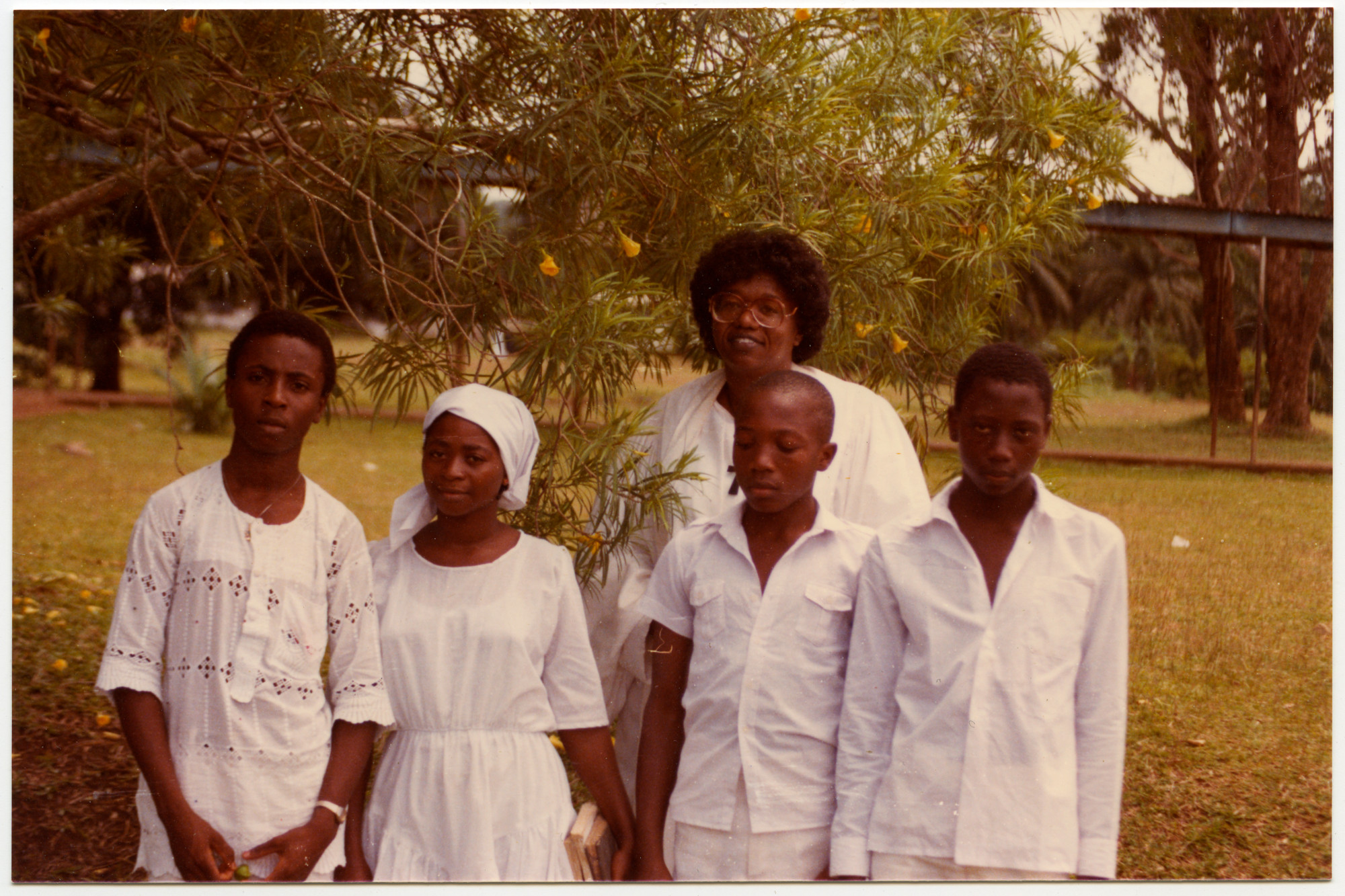 In celebration of the contributions of African American mission workers, here's another story from Record Group 424, our collection of missionary personnel files from 1924-2002.

Marsha Snulligan Haney and her husband Willie were mission workers in Cameroon from 1982 to 1987. Marsha was born in St. Louis, Missouri. Her early experiences of racism, including being refused service at restaurants in the South, fueled her dedication to fight racial injustice through her faith. In her application to mission work, she wrote of God’s power to cure the world of discrimination. She was taught by family to “not put hope on the legal system or the constitution, but in God alone. God saw us through slavery and will get us through whatever we have to face."

At the conclusion of her internship, Marsha returned to Smith Theological Seminary to earn her Master of Divinity degree. She was ordained into the ministry in 1978 and began to prepare for her mission service. She was first appointed as a mission worker to Sudan in 1979. At the end of her two-year assignment, Marsha returned to the United States and continued her ministry as a missionary-in-residence. She served for three years as Racial Ethnic Recruiter in the Presbyterian Church in the United States' Division of Overseas Ministries, Atlanta, Georgia.

Marsha and Willie married in June 1981. Three years later, the Haneys traveled together to Cameroon as missionaries. They served at the Presbyterian Secondary School (PSS) in Kumba, where Marsha was appointed pastor for the Presbyterian missionary community and chaplain and where Willie served as a special education teacher in the high school and primary school; he also taught science courses and served as the Christian youth advisor. As chaplain of the PSS congregation, Marsha planned worship services, taught Religious Studies, and held Baptism and Confirmation classes.

The Haneys’ missionary service ended in July 1987 and shortly thereafter they returned to the United States. Marsha went on to complete her Ph.D. at Fuller Theological Seminary, focusing on the mission challenge of Islam to the African American community. She is currently Professor of Missiology and Religions of the World and Director of the Doctor of Ministry Program at the Interdenominational Theological Center in Atlanta.