The Emerson Institute: A Rural School for African Americans 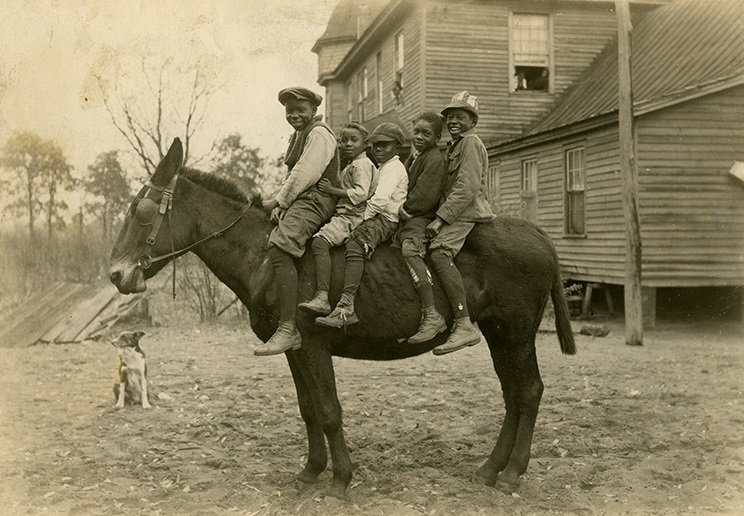 I share a love of history with my mother. As a dedicated family historian she has been researching our genealogy since the age of seventeen, developing a particularly keen interest in the branch of our family that settled in western South Carolina in the decades before the Revolutionary War. Equally captivated by the complex history of the region, I am currently pursuing a Ph.D. in history, writing a “farm-to-fork” history of provisioning urban Charleston in the antebellum era.

While catching up on episodes of PBS’s Genealogy Roadshow during a visit home over my summer vacation, Mom and I were surprised and excited when we heard mention of Blackville, South Carolina—the closest market town for our antebellum ancestors. Upon deeper digging, we learned the remarkable history of Blackville’s Emerson Institute and the forgotten role that the Presbyterian Church had played in helping it meet the needs of the region’s African American community after the Civil War.

Established by the U.S. War Department in 1865, the Freedmen’s Bureau helped those who were previously enslaved legalize their marriages and reunite with their families; it also helped black soldiers collect pensions and back-pay and assisted benevolent societies in establishing schools. The Freedmen’s Bureau itself did not supply teachers, books, or buildings. Rather, its agents negotiated the rental of schools and solicited northern institutions for financial aid. Religious groups such as the Methodist Episcopal Church’s Freedmen’s Aid Society and the Presbyterian Church in the U.S.A. Board of Missions for Freedmen often provided funding for Freedmen’s schools, as in the case of Blackville’s Emerson Institute.

Modeled after the Freedmen’s Bureau schools, the Blackville Emerson Industrial Institute was founded in the late 1880s. Maintained for several years as an independent, nondenominational school, it was admitted under the care of the Presbyterian Church in the U.S.A. Board of Missions for Freedmen in 1904. The board had an operating budget of around $300,000 a year from member contributions and held approximately $1.8 million in property for educational purposes. Headquartered in Pittsburgh, it employed over one hundred teachers between forty-eight schools; those that were overseen by the board  sought to provide hundreds of freed people of all ages a basic education helpful to contributing to their community as free citizens. The board also sought to promote religious education and values, supporting the work of Christian leadership within the community.

The Emerson Institute consisted of several buildings and just over 100 acres of land used to provide formal agricultural education to the students. The school taught grades one through eight twenty-four weeks annually. In the early 1900s, it maintained approximately 200 students under the instruction of seven staff members—all of whom were required to be Presbyterian church members. First under the charge of Mr. and Mrs. J.H. Pomeroy, the school later ran under the command of Reverend E.W. Coberth and Reverend J.M. Miller, both of whom had prior teaching experience at other regional schools.

James Alfred Robinson (abt. 1869-1949) taught at the Emerson Institute for over eighteen years. The 1880 census lists 11-year-old James as a farm laborer, working alongside his siblings and father in the field—likely picking cotton—in Abbeville County, South Carolina. Robinson graduated from Claflin University in Orangeburg in 1895, then attended Gammon Theological Seminary in Atlanta, Georgia. In addition to his service to the Emerson Institute, Robinson founded schools for black students beyond Blackville, including ones in Honea Path, South Carolina, and Prichard, Alabama.

Multiple annual Board reports document the success of the Emerson Institute as a thriving institution, providing a thorough education to its pupils. Described in the Bureau of Education’s 1916 “Bulletin on Negro Education” as consisting of “two old frame buildings and meager equipment” and “in need of simple industrial work and gardening,” the school received steady accolades regarding its contribution to the impoverished rural community. The Presbyterian Board’s financial and spiritual support of the Emerson Institute was greatly needed, as the state of South Carolina discriminated against the needs of its black community. In 1930, South Carolina spent over ten times the amount for the education of each white student versus each African American and paid white teachers nearly twice as much as African American instructors. Despite such stark inequities, the economic strain of the Great Depression and decreased attendance due to the region’s general poverty caused the school to close on June 1, 1933.

Neglected by their local, state, and national government, Blackville’s Emerson Institute had educated rural African Americans with the financial, spiritual, and ideological support of the Presbyterian Board of Missions for Freedmen. For two generations, local teachers such as Robinson provided both educational and vocational training to the region’s black men and women—helping them as best they could amid the racial and economic turbulence of the early twentieth century.

--Kelly Kean, a Ph.D. candidate in U.S. History at the University of California, Davis, is writing a "farm-to-fork" history of provisioning in urban antebellum Charleston, South Carolina. She enjoys learning about her family's history, testing out early nineteenth-century recipes, and reading murder mysteries.

Inez Moore Parker, The Rise and Decline of the Program of Education for Black Presbyterians of the United Presbyterian Church, U.S.A., 1865-1970 (1977)