Albina and Westminster in Portland 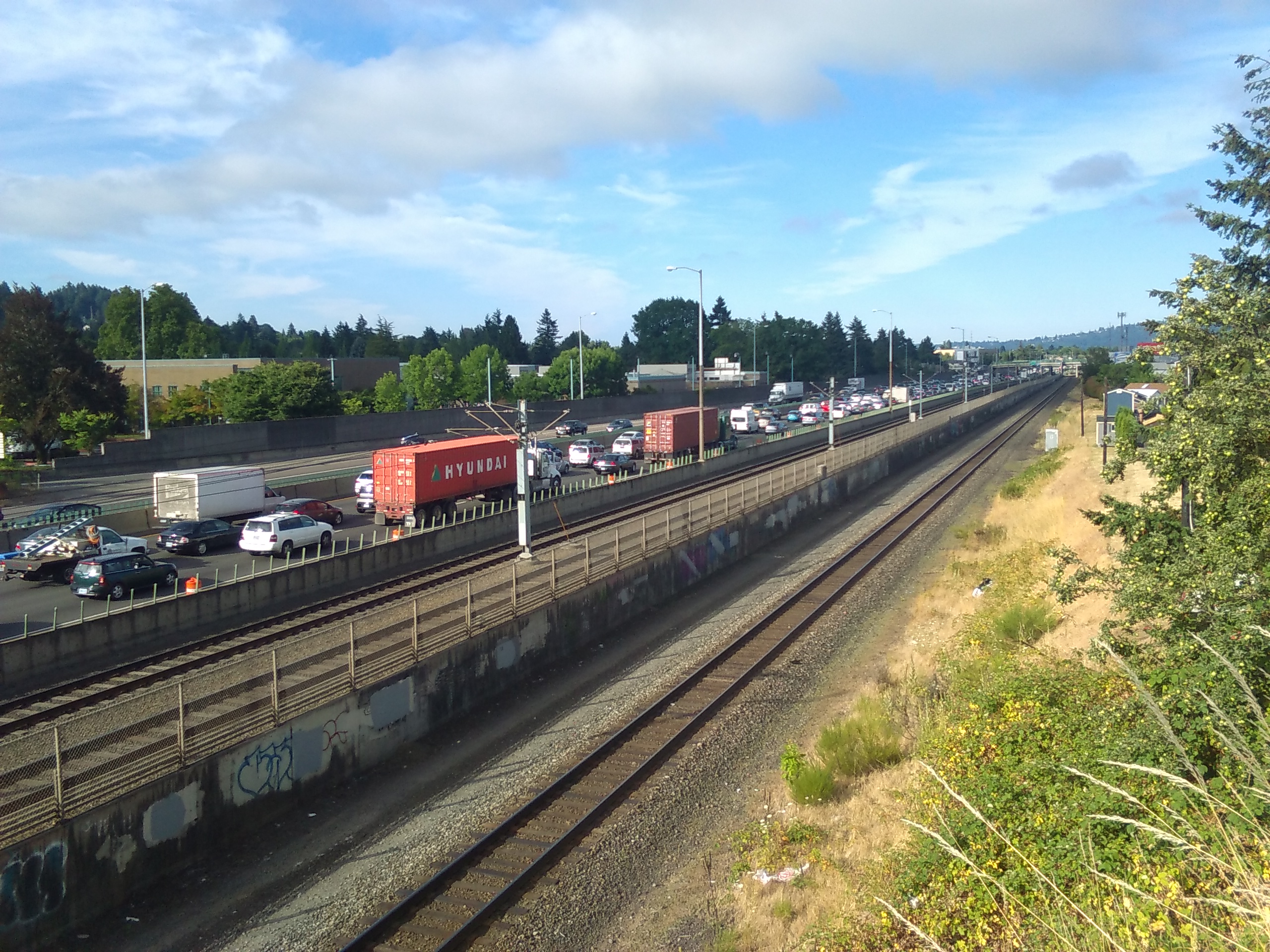 Commuters stationary on I-84 in Northeast Portland, July 2017.

I, your Records Archivist David Staniunas, was back in Portland Oregon last week -- in 2015 I delivered presentations at the PC(USA) Polity Conference; in 2016 I was one of nine PHS staffers to support the work of the General Assembly -- this time for the annual conference of the Society of American Archivists, and I was able to spend a little time in and around the historically African American neighbohood known as Albina.

The Presbyterian churches of Northeast Portland in 1967. View the full-screen map.

In the summer of 1967, Portland's Presbyterians and their work of reconciliation were spotlighted by the presence of the General Assembly. A pre-Assembly issue of Presbyterian Life commends to its readers the Presbyterian head of the Greater Portland Council of Churches, Paul Wright; the pastor of Westminster Presbyterian Church, Robert Bonthius, who catalyzed religious opposition to Oregon's death penalty; and Portland's only African American Presbyterian minister, John W. Brooks.

Brooks was then assigned by synod to conduct outreach among Portland's 18,000 African Americans, chiefly settled in Albina. From the 1890s to the 1910s, African American residents of Portland's crowded northwest sought housing across the Willamette River, nearer to work in the rail and shipyards. Restrictive covenants and white flight ghettoized the neighborhood bounded by the river in the west, Russell Street in the north, Union (now Martin Luther King, Jr.) to the east, and Holladay in the south: by 1940, 80 percent of all Portland's African Americans lived here.

Presbyterians then operated four Community Action Programs, the first, C-CAP (Church-Community Action Program), organized in Albina in 1964. These emerged when local Presbyterian interracial talking groups set about to address the needs of Albina's children. With the aim of occupying the hands and feet of youth at risk of delinquency, C-CAP organized a handyman group called The New Breed. Young people were tasked with moving furniture for needy families, collecting driftwood, and doing yard work. 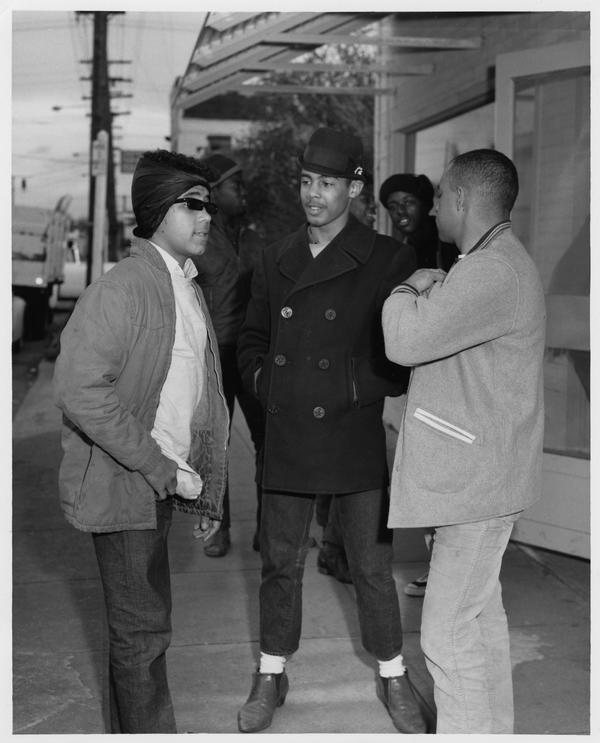 C-CAP held night high school classes for youths who, owing to their work or family responsibilities, could not attend school by day. It ran preschools and organized members of the neighborhood in support of antipoverty initiatives. Portland Presbyterians would go on to set up three more Community Action Programs: Hub CAP in downtown Portland, Snow CAP below Mt. Hood, and East CAP, the latter chiefly staffed by volunteers from Central Presbyterian Church and Laurelhurst United Presbyterian Church. 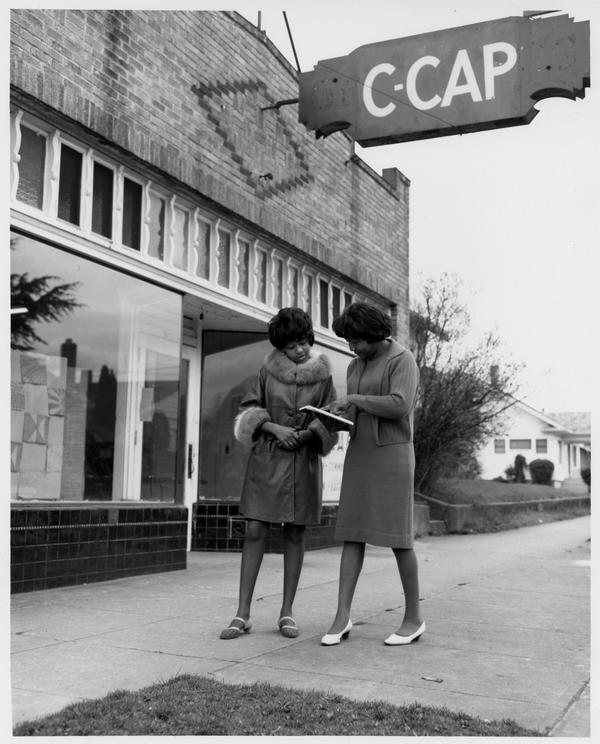 The neighborhood was decimated by the very means Presbyterians used for gathering in 1967, and that we archivists used in 2017: we travelled up Interstates 5 and 84, and we communed in the Oregon Convention Center. Further transformed by redlining and gentrification, what was Albina had a black population of 28 percent in 2010.

Photographs of Westminster Presbyterian Church (Portland, Or.) former sites, about 1914.

I was able to visit the next closest Presbyterian church to historic Albina, Westminster Presbyterian Church on 17th Avenue. Westminster began as a Sunday School in a storefront at Union Avenue (present-day Martin Luther King Boulevard) and San Rafael Street in 1889; was organized by the Presbytery of Portland in 1892. The congregation moved west to Holladay and Hassalo in 1892 (now covered by I-84) and further west to 10th and Weidler in 1894, before settling at its present site in 1914.

Session minutes and registers in the server room.

Westminster, once of Albina, is a thriving inner-suburban congregation, with a large parking lot to its north and a dedication to needlepoint. Since the early 1990s, a group of church members has been stitching moments from the church's history, Bible stories and symbology, and nature scenes into a continuous tapestry in the pews. It begins with the Book of Genesis, and dedicates a series of panels to Ramona Quimby -- Beverly Cleary went to Sunday school here.

In the early 1960s, Westminster's minister Robert Bonthius organized religious resistance to Oregon's death penalty. In 1964, Oregonians amended their constitution to eliminate the death penalty; it was reinstituted in 1978. While visiting the church I was able to review its session minutes, where I found a record of Bonthius recommending study materials on capital punishment to the congregation. This is the kind of tiny touch point in a broader historic fabric that archivists hope not to elide when we parachute into town, or lose sight of when we jet out.