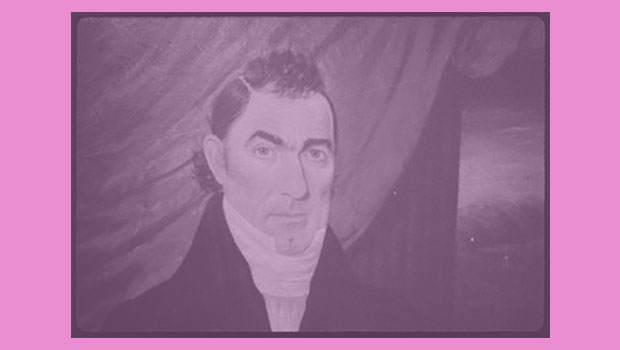 In honor of Valentine’s Day we would like to share with you the story of Minister John H. Grier, “The Marrying Parson.” John Hays Grier was born in 1788 in Bucks County, Pennsylvania. In 1809, he graduated from Dickinson College and then studied theology under his uncle Reverend Nathan Grier and was licensed to preach in 1813 by the Presbytery of New Castle. He was installed as pastor of the United Churches of Pine Creek and Great Island, Lycoming County, PA, in 1814.

In 1840 the members of the Pine Creek congregation built a house for public worship in the village of Jersey Shore, and the congregation was afterwards called the Jersey Shore Presbyterian Church.

John H. Grier served as a Presbyterian minister to the Jersey Shore area from 1814 until his death in 1880 and during that time he is believed to have officiated the marriages of over 600 couples along with being married four times himself! Reverend Grier resigned the pastorate of Jersey Shore Presbyterian Church in 1848, but continued to supply the congregation in Nippenose Valley until 1863, when he withdrew from the active duties of the ministry. Rev. Grier died February 3, 1880, within four days of his ninety-second birthday. 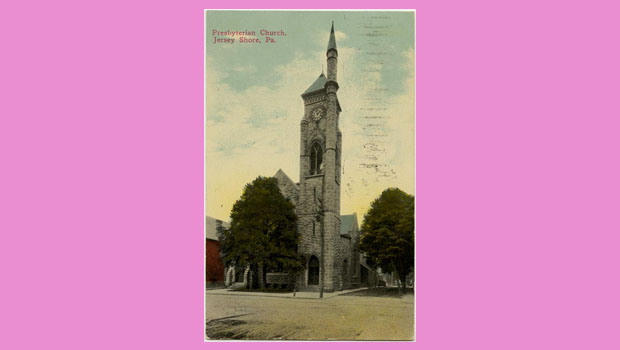 Rev. Grier was both a farmer and a preacher, as evidenced by the following passage from a later history of the church: “We are in possession today of the tattered remnants of the old books [Grier] kept, and strangely enough, they show records like baptisms, communion, reception of members and marriages and deaths intermingled, often on the same page with ledger accounts of labor hired, implements, farm animals and other kinds of products purchased or disposed of.”[1]

These original records of John H. Grier, once held by the Presbyterian Church of Jersey Shore, were copied in 1915 and are now known as the "Grier Marriage Records." PHS holds copies of those records, as well as original marriage records of the Jersey Shore Church beginning in 1849.