Sunday on the Children's Corner, Revisited 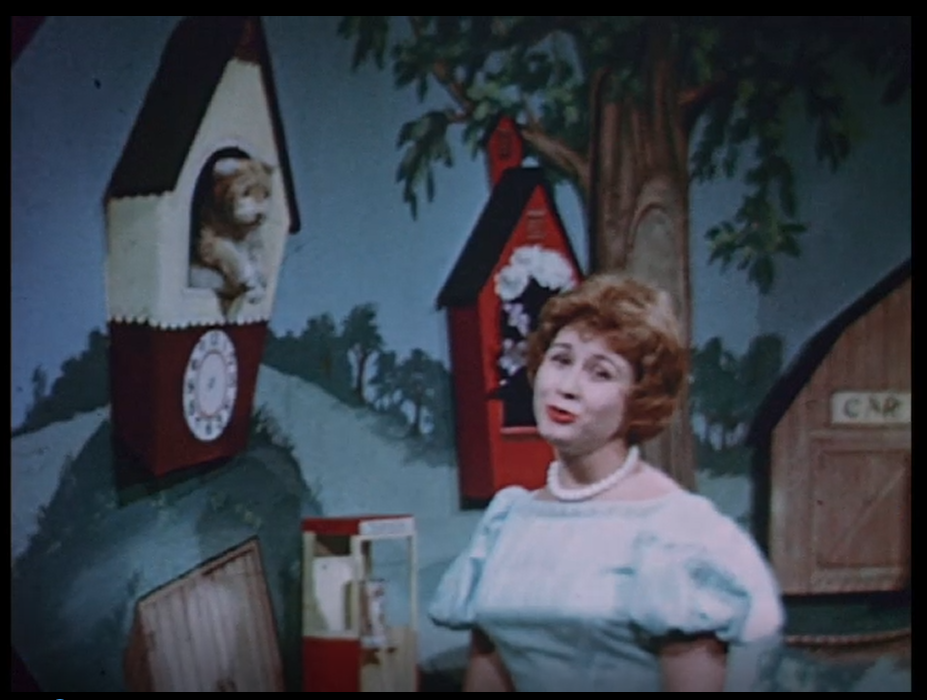 Josie Carey and Daniel Striped Tiger, 1960, from Motion Picture B233, Sunday on the Children's Corner

PHS has recently transferred to digital video a rare 16mm print of Sunday on the Children's Corner, the first television program to feature the piano and puppeteering of Presbyterian minister Fred Rogers, supporting his creative partner, Josie Carey.

Carey was born Josephine Vicari on 20 August 1930 in Pittsburgh. She was one of the first employees of WQED, beginning work six months before the station went on air. Carey's lyrics, song, and dance alongside Rogers' puppets ran weekly from 1953 to 1961. The program attracted national attention following its syndication by NBC and won a Sylvania Award in 1955. Carey faced pushback at the time against the show being entertaining, not just educational. The pioneering program paved the way for Mister Rogers' Neighborhood, which turns 50 years young on February 19, introducing Daniel Striped Tiger, King Friday XIII, X the Owl, and other characters.

Our 16mm print is not from a live broadcast of the show: it's in color, and broadcast prints from WQED at the time would have been in black and white. The print comes to us from the former offices of the United Presbyterian Church in the U.S.A. Department of Television and Radio, part of a larger collection of media that PHS staff picked up when the office, then called Media Services, moved from New York to Louisville in the 1980s. A note on the original canister read "For Audition Only." The show was not just broadcast: some episodes of The Children's Corner were also packaged as vinyl LPs. It's possible that this episode was intended for home or church screenings, and that the Department of Television and Radio sponsored the program, specifically to be able to distribute it to Presbyterian Sunday school classes, day schools, or Vacation Bible Schools. At the 3:23 minute mark, Daniel Striped Tiger mentions going to Sunday School earlier in the day.

The only other extant motion picture reel of The Children's Corner we know of was produced for an even smaller audience: WQED's submission for the 1955 Peabody Award in the Youth or Children's category. That reel is held in the Walter J. Brown Media Archives & Peabody Awards Collection, at the University of Georgia.

PHS is delighted, on the 50th anniversary of the first broadcast of the Neighborhood, to share with you Josie Carey and Fred Rogers' groundbreaking work.

Search for images in our growing collection about nursing in our digital archives.