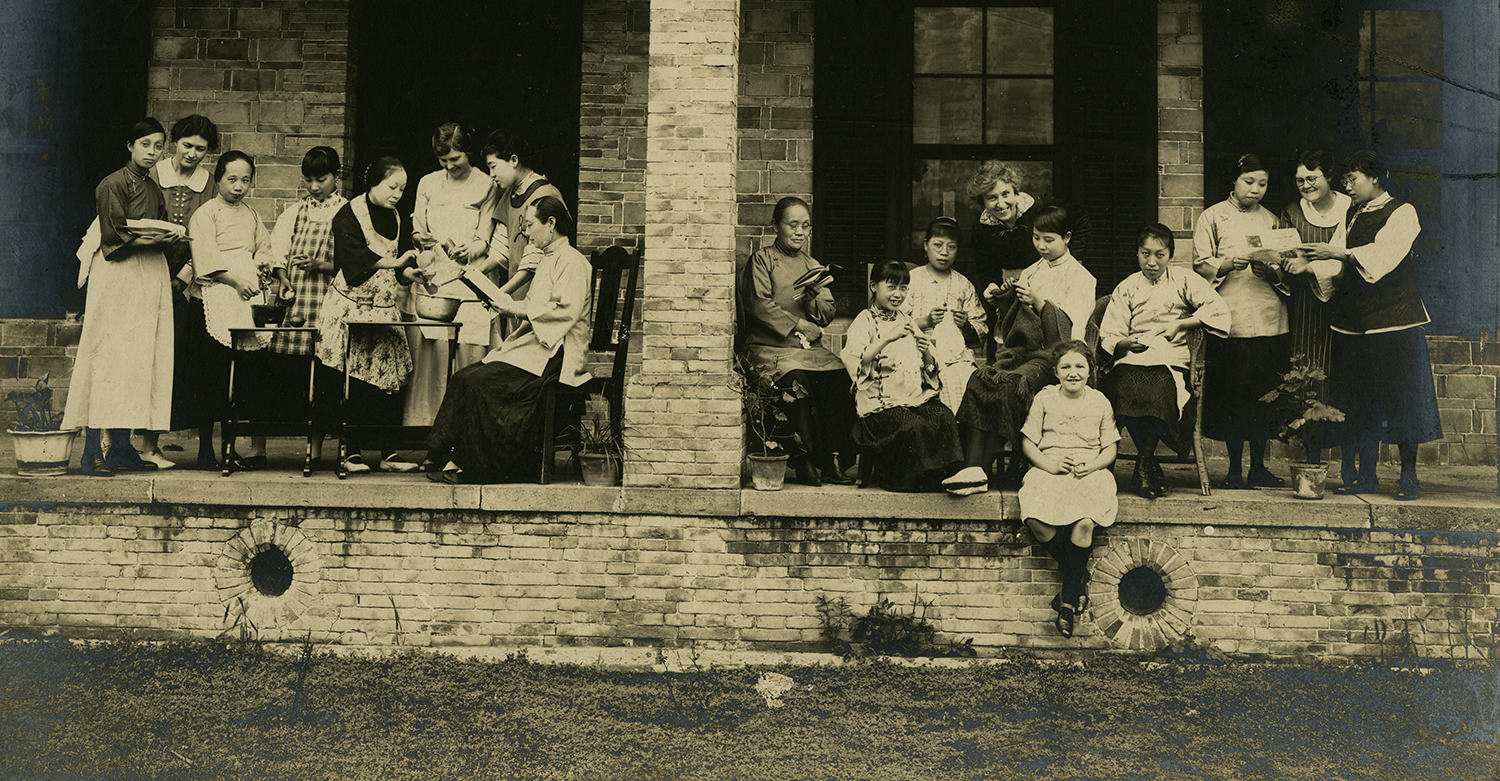 Recent additions to the Pearl digital archive include a variety of foreign mission personal paper and photograph collections, a new web archives collection, and oral histories with synchronized and downloadable transcriptions.

Correspondence, biographical materials, and photographs documenting the Millican family's missionary experiences in China, and to a lesser extent in the Philippines, emphasizing the difficulties of their work during the Sino-Japanese War of the late 1930s and during the post-World War II years. Edith Millican's correspondence documents medical work in China during and after World War II, giving insight into the training and experiences of, and opportunities for, American women doctors. Also included are photographs documenting Edith Millican's time serving the Board of National Missions as a physician in New Mexico. 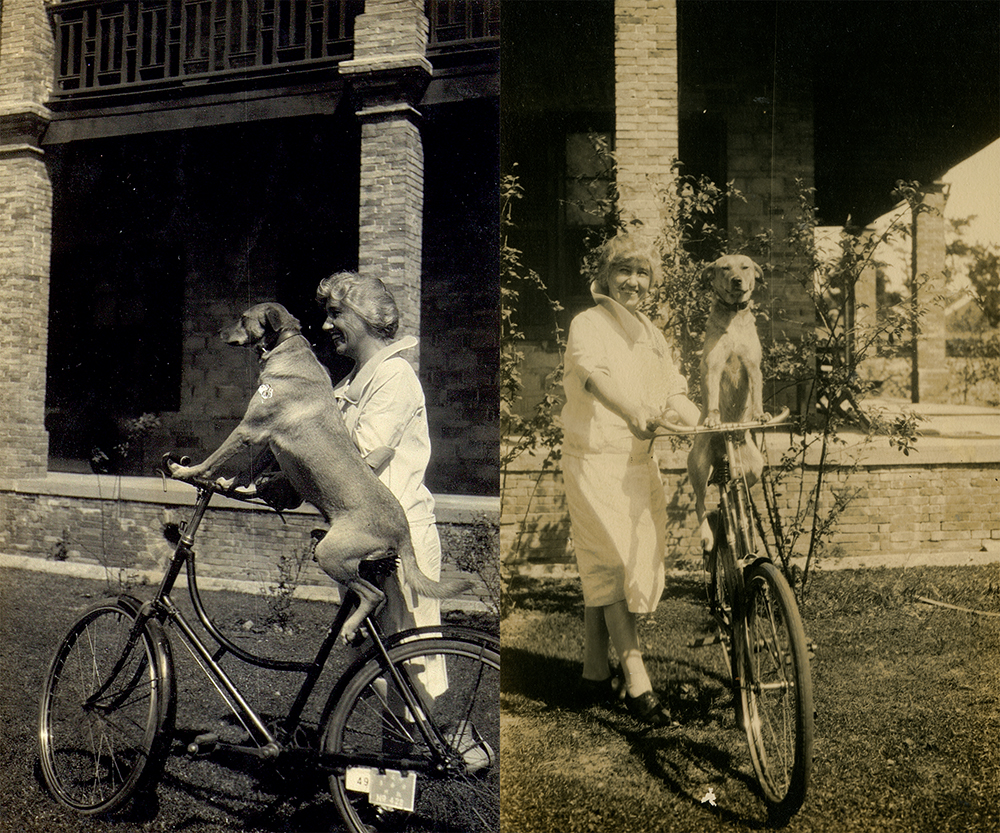 Aimee Millican and her dog, Captain Rin-Tin-Tin in Ningpo, China. [Left: Pearl ID: 133999; Right: Pearl ID: 133533]
Baird Family Papers
William Martyn Baird, Jr. (1897-1987) and his brother Richard Hamilton Baird (1898-1995) were born in Chosen (Korea) to Presbyterian missionary parents, William Martyn Baird (1862-1931) and Annie Laurie Adams Baird (1864-1916). Both men served as missionaries in Korea under the Board of Foreign Missions of the Presbyterian Church in the U.S.A. The collection includes photographs primarily documenting the Korean mission and the Korean Presbyterian Church, as well as Baird family members; correspondence; a travel account by Richard Baird; and material pertaining to the Rev. Carl McIntire and the Korean Church. 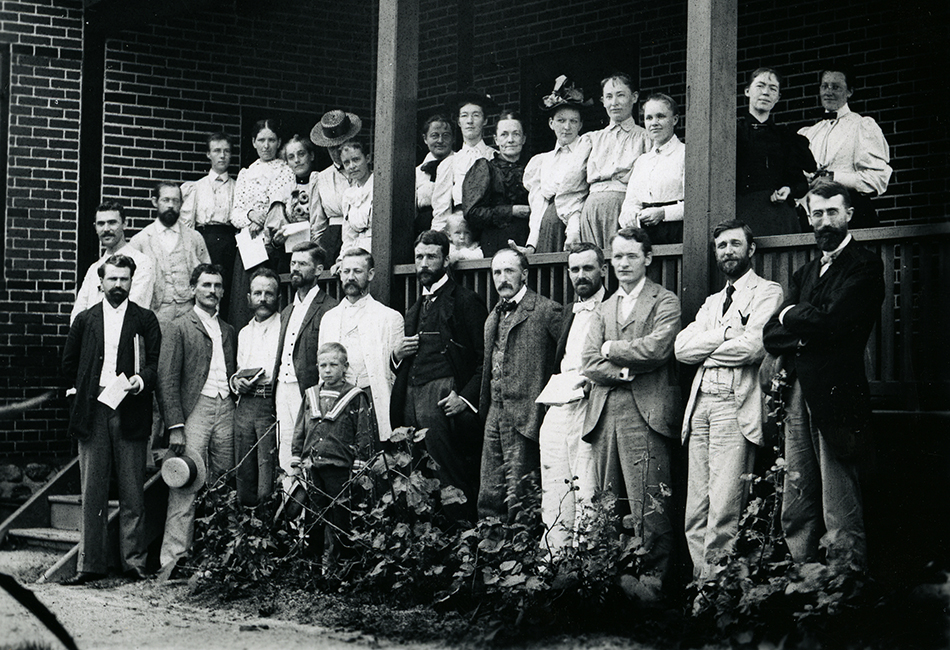 William Martyn with Korea missionary staff, circa 1900. [Pearl ID: 115930]
Adams Family Papers
The Adams family served as missionaries in Korea for two generations. This collection includes photographs, negatives, and a photograph album primarily documenting the period of the family's life and work at Taiku (Taegu), Korea. The collection also contains annual meeting photos of the Korea/Chosen Mission; a few "Dear Friends" letters written by Edward Adams in 1937, 1938, and 1941; and his annual personal report from Korea for 1938.

Photographs of Baghdad High School Mansour, a school for girls in a western district of Baghdad operated by the United Mission in Iraq. 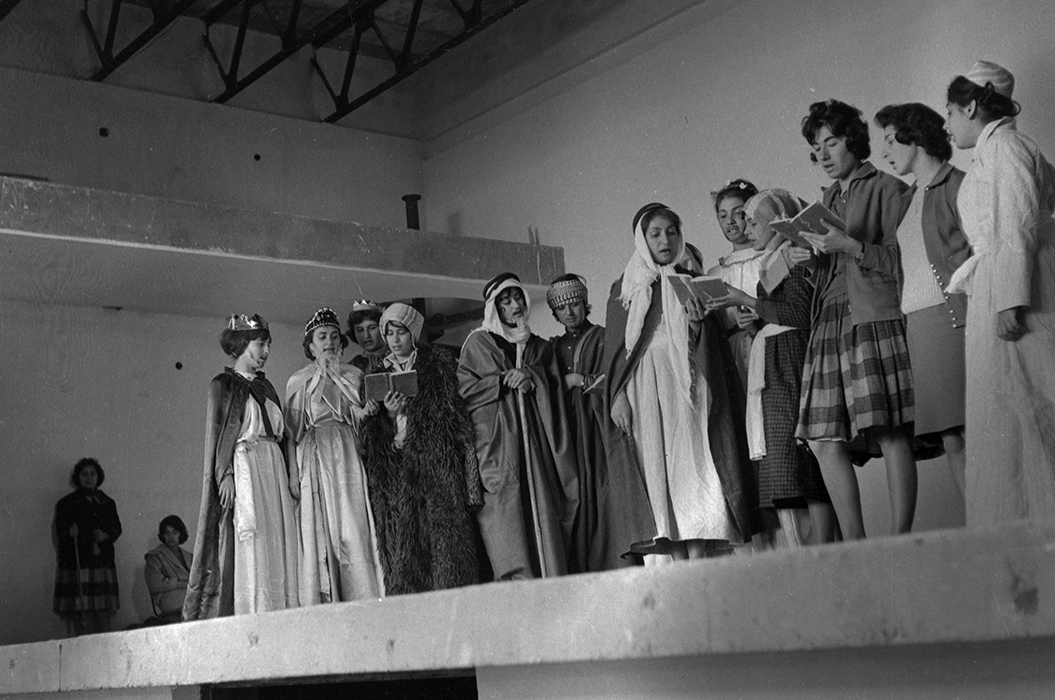 Collection of letters written by Presbyterian missionary Katharine Hale Cochran while serving in Iran from 1878 to 1895, edited and compiled by Cochran's sister Mary Hale in 1916. The collection was later rebound and photographs were added to illustrate the text. 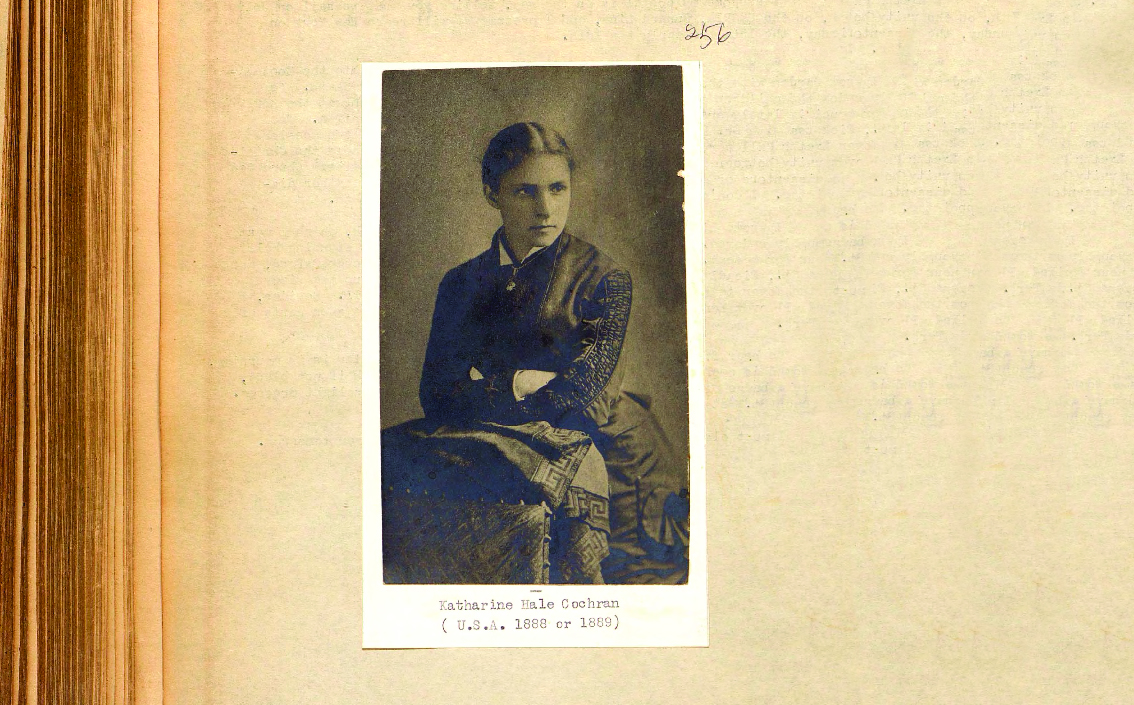 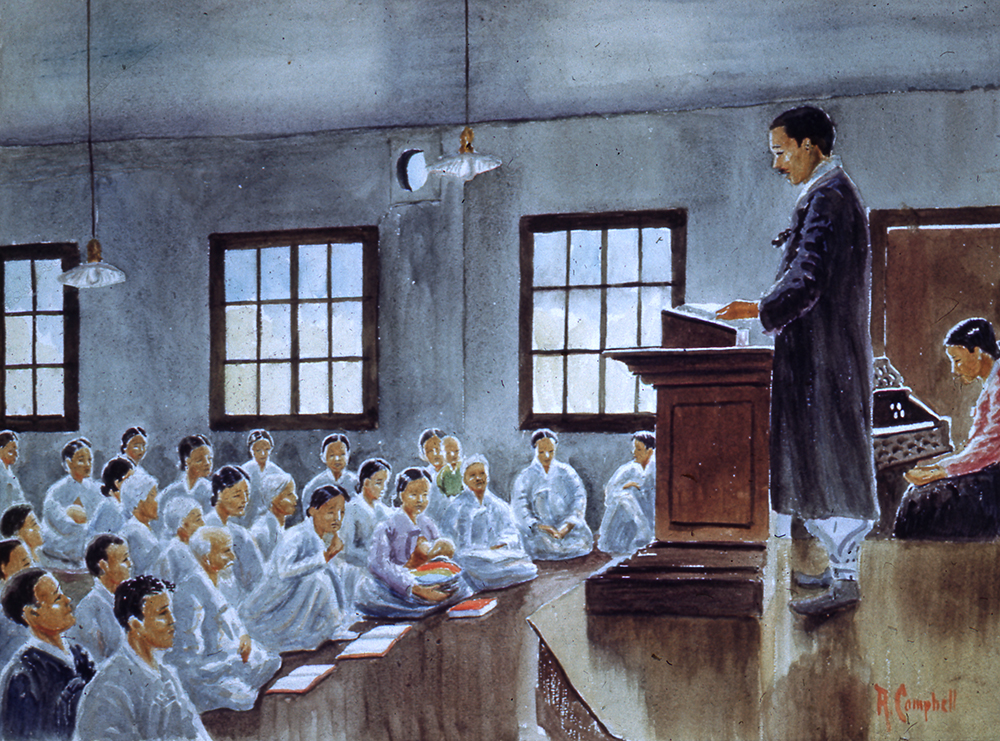 Korea beautiful, slide no. 38. "After my uncle had been a Christian for several years he became a deacon and took his turn leading the church service and preaching." [Pearl ID: 136836]

The 115th General Assembly (1903) of the Presbyterian Church in the U.S.A. appointed the Special Committee on Forms of Service to prepare a manual that would standardize the form of special services, such as marriage, baptism, and communion services. Henry Jackson Van Dyke, Jr. (1852-1933) was appointed Chair and the Committee produced a manual in 1906 entitled: The Book of Common Worship. This collection contains minutes, reports, publications, correspondence, manuscripts, and other material relating to the work of the committee.

In the summer of 2013, the Presbyterian Historical Society began a partnership with the Internet Archive through their Archive-It program to curate and collect PC(USA) and related websites. The web archives contains national, synod, presbytery, missionary, and ecumenical websites captured at various intervals. 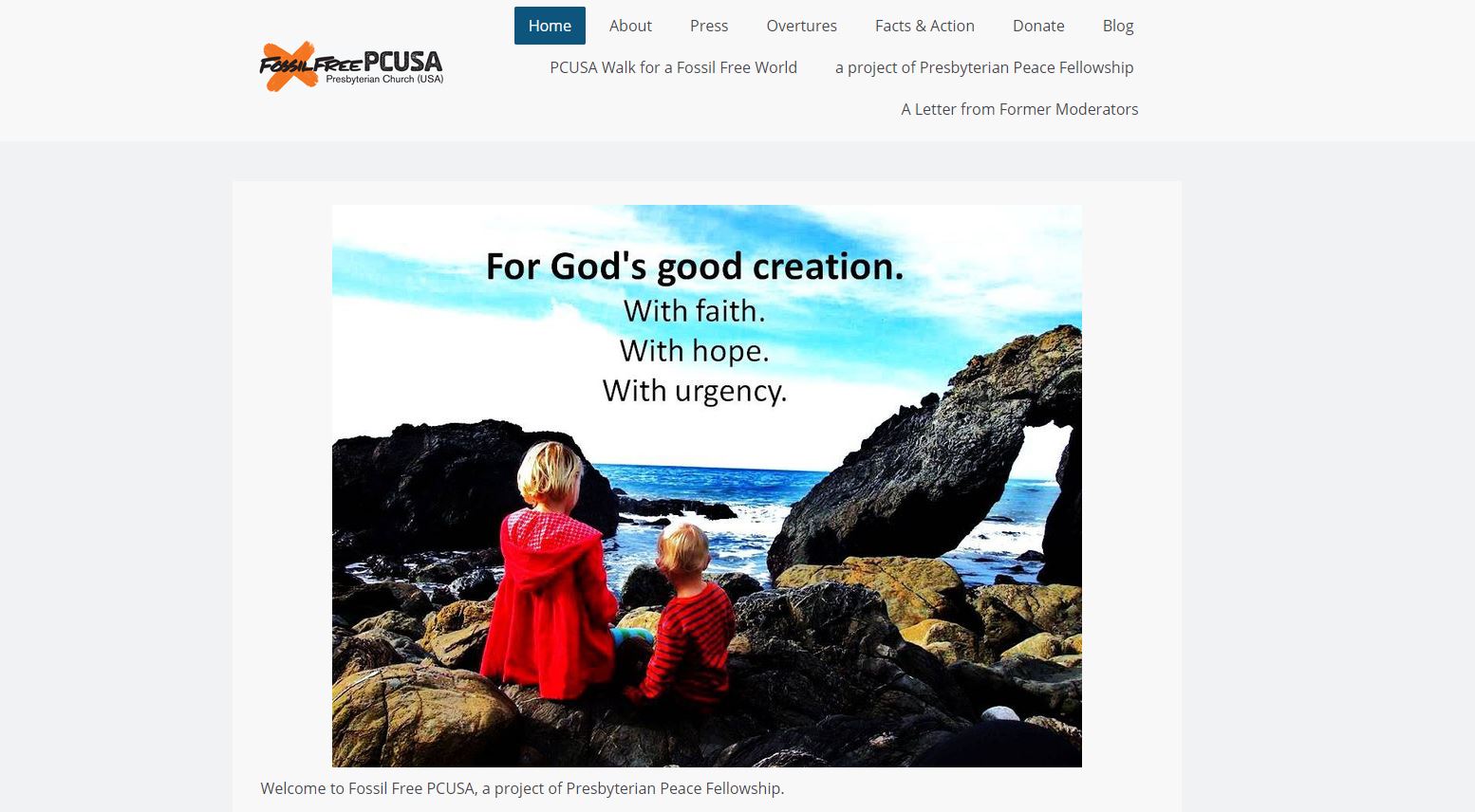 Homepage of Fossil Free PCUSA, a project of the Presbyterian Peace Fellowship advocating for the denomination's divestment from the fossil fuel industry. [Pearl ID: 129974]

Shan-Tung College, Its History, Outlook and Endowment, 1864-1902 (Presbyterian Church in the U.S.A. Board of Foreign Missions, 1919.)
Martha Finely, Lame Letty, or, Bear ye one another's burden (Presbyterian Board of Publication, 1859.)

Oral Histories Collection
A collection of digitized and born-digital audio and video oral histories utilizing a viewer for displaying synchronized transcripts alongside video and audio files. 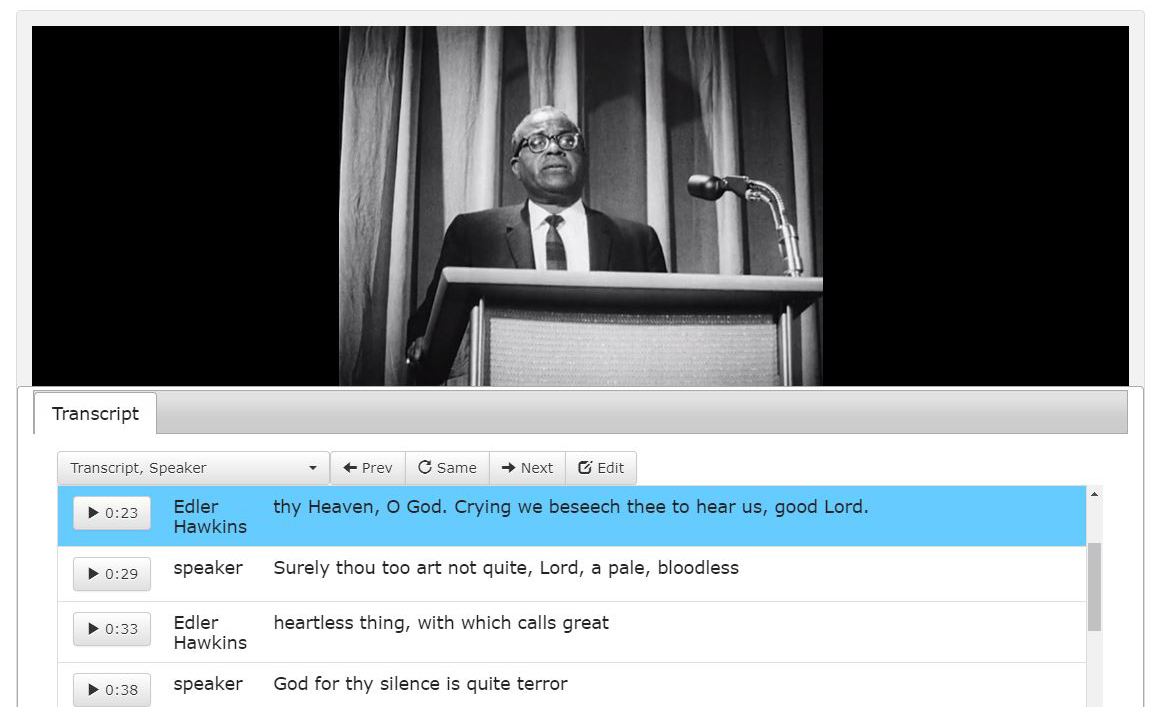