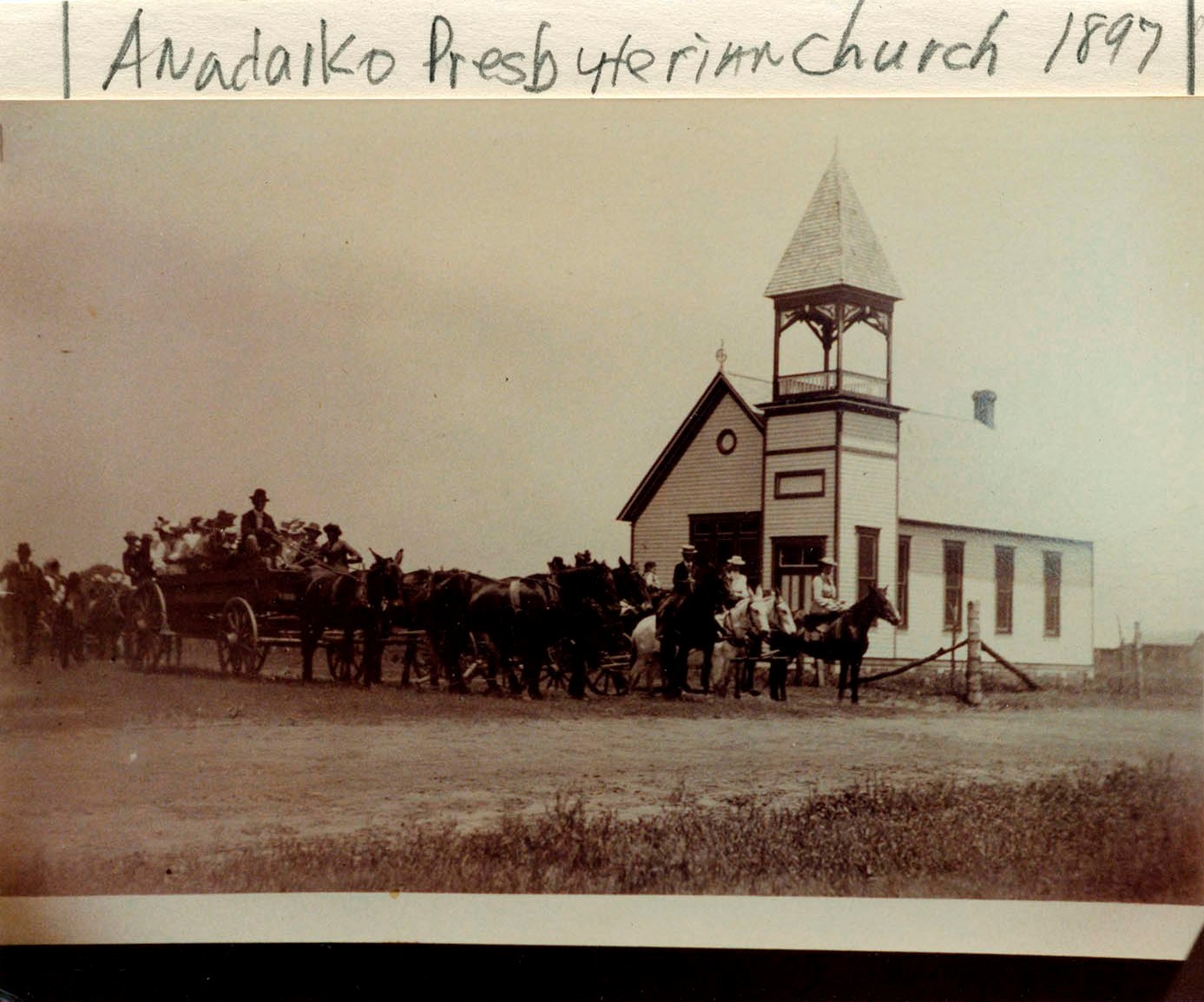 Session minutes of the Anadarko Presbyterian Church, founded in Indian Territory in 1889, referred to the “problem” of Native American church membership on the very first page. Rev. Silas Fait, along with an elder, examined an “Indian named Emma.” Though she “accept[ed] Christ,” the leaders rejected Emma’s application as she maintained that Christ could not “interfere with her own gods.” In the follow-up notes, Rev. Fait worried that “great harm will come to the mission if care is not exercised in the matter of receiving Indians into the church.”[1]

Historians working on every era of colonial encounter between Native peoples and European and Euro-Americans inevitably run into this “problem,” namely, what constituted an authentic Christian conversion according to missionaries? What words were necessary in the confession? What outward signs in terms of dress, decorum, and daily living were required? Historian Linford Fisher observed this quandary in his study of Presbyterians and other denominations engaged with Northeastern Indian nations during the First Great Awakening.[2] My time examining church records from Indian Territory at the Presbyterian Historical Society showed me that the “problem” remained 150 years later. Why did it endure? And what, if anything, had changed? 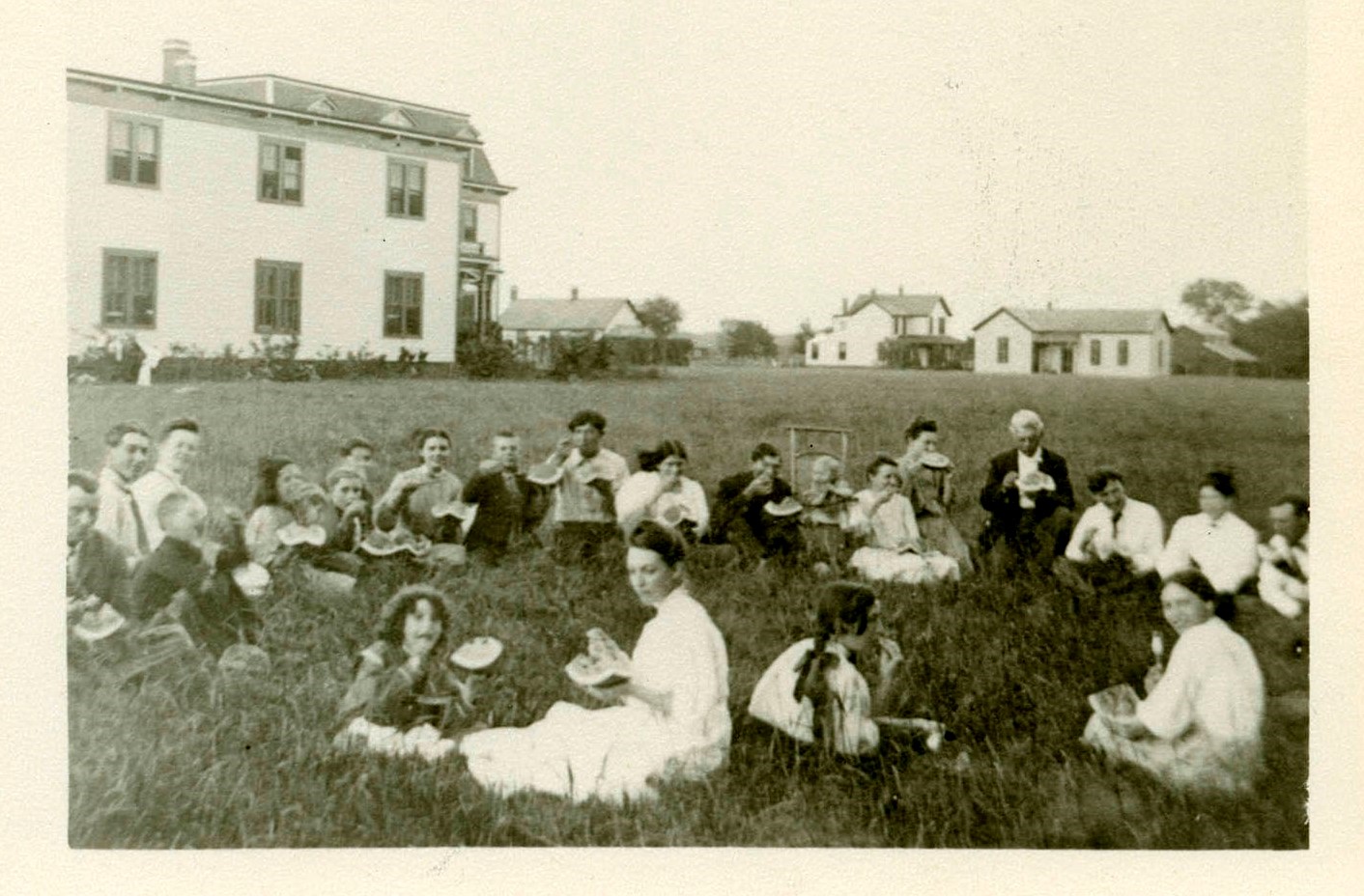 Limiting our discussion to the English-speaking world, the “problem” of Indian church affiliation emerged in colonial New England’s praying towns. Puritan ministers invited Native people to exchange their lands for life in English-style villages, complete with new ways of food subsistence, dress, family organization, language, and worship. In these spaces, “civilized” living accompanied Christian evangelization. While these praying towns eventually fell apart, the impetus to couple soul saving with transformed cultural practices persisted. The American Board of Commissioners for Foreign Missions (ABCFM), which included Presbyterians, embarked on missions in the early United States and around the globe. As historian Jennifer Thigpen has found, ABCFM missionaries sometimes hesitated to baptize Hawaiian women who professed faith in Christ. The evangelists expressed dismay when Hawaiian women refused to reject indigenous practices of dress, bodily comportment, and sexuality. These external markers undermined claims to Christian commitment.[3] 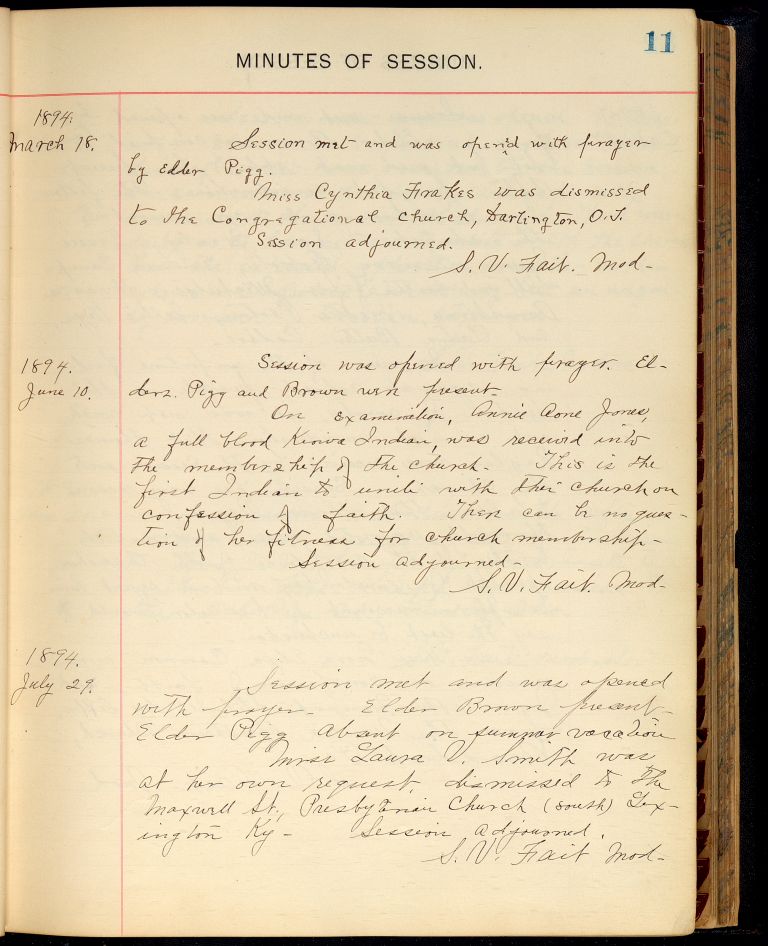 To be sure, Rev. Fait rejected Emma, the Indian woman seeking church membership, because she refused to profess Christ alone. But his follow-up notes about the potential “harm” of Native church membership suggests he felt anxieties similar to his predecessors. A later successful membership application provides more information about Fait’s scrutiny of Indians seeking affiliation. In 1894, he reported the "first Indian to unite with this church on confession of faith.” Her name is recorded as Annie Aone Jones and she is described as “a full blood Kiowa Indian.” She was approximately 12 years old. For any potential doubters, Rev. Fait emphasized his careful examination of the candidate: “There can be no question of her fitness for church membership.”[4]

Fait’s remarks in the session minutes do not include the reasons for his full confidence in Annie Jones’ profession, but the historical record provides other clues. Jones was a student at Mary Gregory School, the boarding school Rev. Fait founded on the Kiowa reservation.[5] Like Indian students in boarding schools across the country, Jones encountered a curriculum designed to strip her of all Native cultural practices. American-style clothes and haircuts were required. Teachers punished students caught speaking Native languages instead of English. While some classes focused on academics, others enforced American gender norms with boys learning skills for manual labor and girls engaging in the domestic arts. Annie Jones’ profession of faith, therefore, was accompanied by the external markers of her cultural transformation. As Fait later wrote in a mission update about the school, his effort “above all” was to bring students “to a saving knowledge of Christ.” But he also emphasized how effectively students had been “trained in housekeeping and farming.”[6] 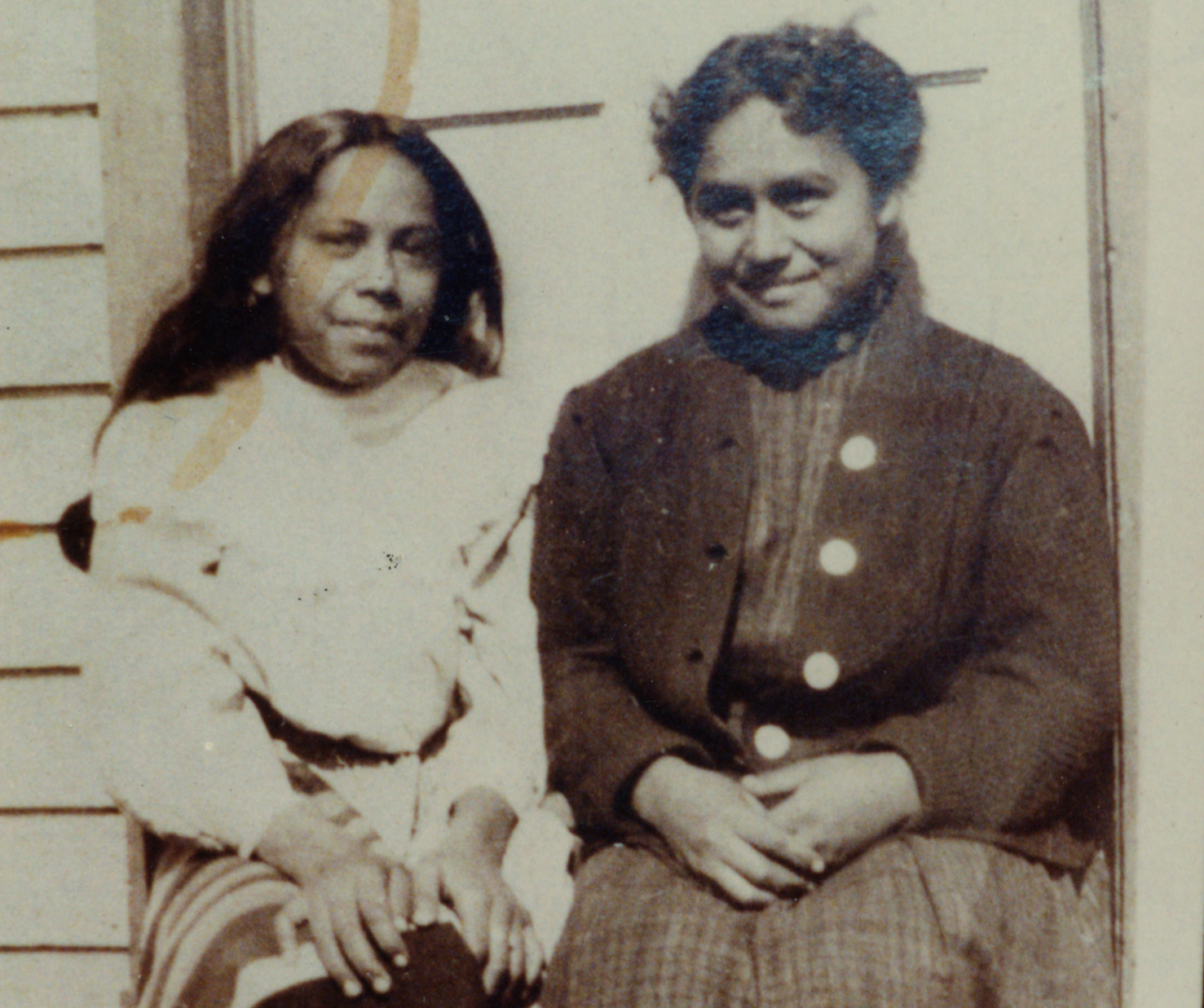 In his careful scrutiny of Native testimonies, Fait reflected the long history of Christian missionaries concerned about the “problem” of Indian church membership. Like others before him, he looked for evidence of “civilized” living. But Fait’s stated concern about Emma and Annie also reflected his particular times. In defending Annie Jones’ admission, he emphasized her “fitness” for church membership. This language echoed broader conversations about American citizenship in the late nineteenth century. In light of campaigns for political equality led by African Americans, Native Americans, and Chinese immigrants, citizens debated the traits and skills necessary for political participation. As the nation expanded its empire into the Caribbean and Pacific, conversations also focused on the democratic potential and “fitness” of populations in Puerto Rico and the Philippines. The women’s missionary society at the Anadarko church took up these topics as well. Even as they sewed quilts for the nearby Indian boarding school, they discussed the fitness of racial and religious minorities both in the United States and abroad.[7] 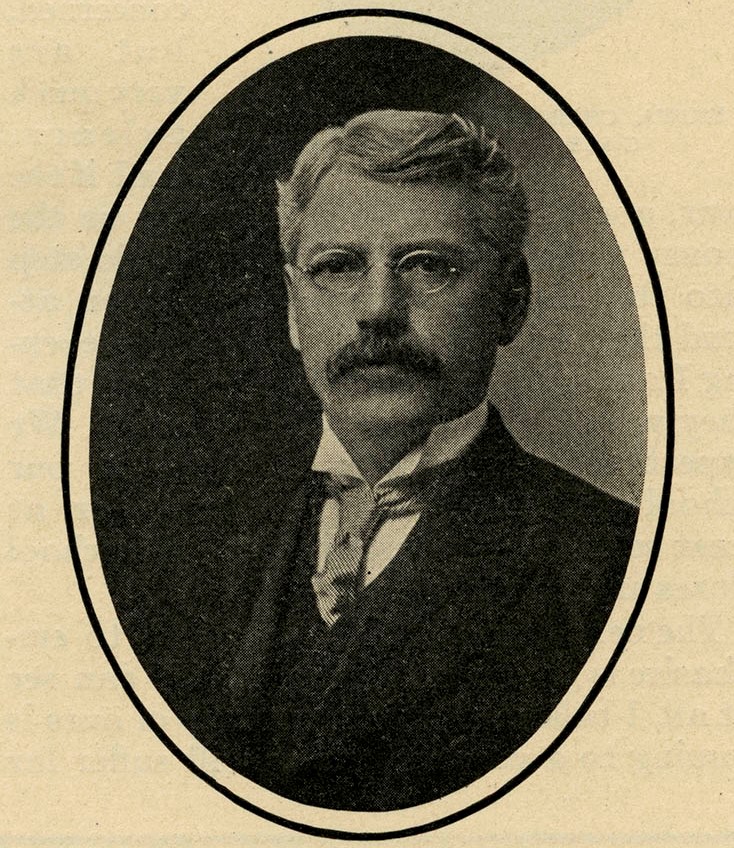 Fait’s mission eventually focused on the expanding population of settlers flooding into Indian Territory. White Americans seeking church membership also make an appearance in the session records of Anadarko Presbyterian Church. Fait wrote of many settlers joining by letter from another congregation or profession of faith. But none of these admissions were followed by words of concern or caution. Even as settlers deceived Native people in commercial and trading matters and bought up Indian land from people experiencing economic desperation, the concern for authentic conversion remained an Indian “problem.”

Jennifer Graber is Associate Professor of Religious Studies and an affiliated faculty member in Native American and Indigenous Studies at the University of Texas at Austin. She is the author of The Gods of Indian Country: Religion and the Struggle for the American West, which was recently published by Oxford University Press.