Holy Trinity-Bethlehem and the Logan Triangle 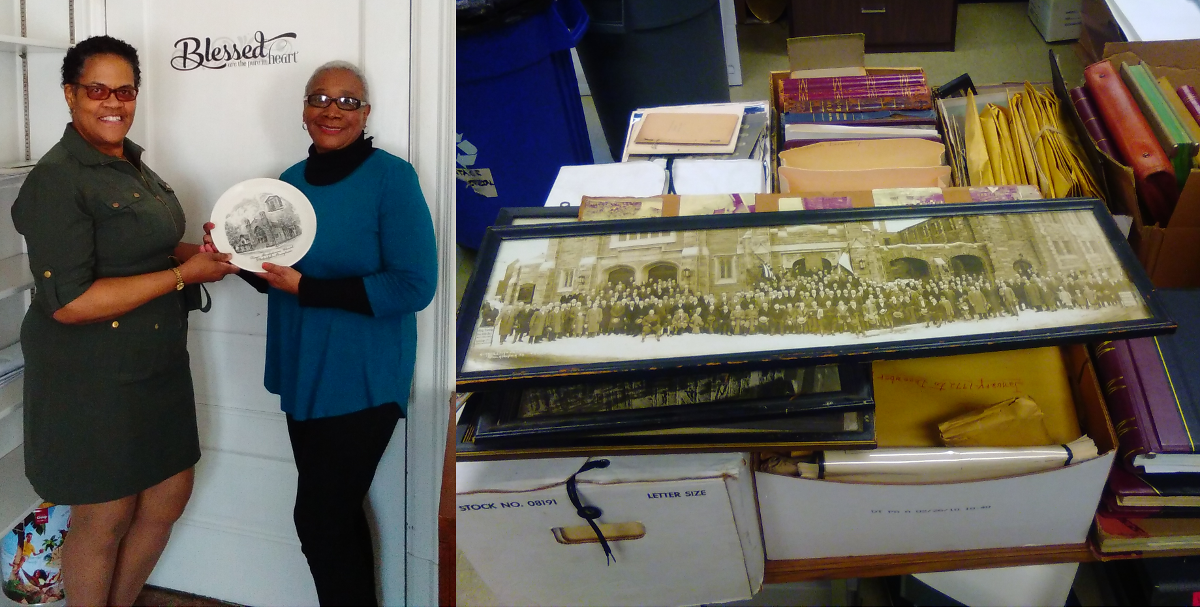 Last week I visited Holy Trinity-Bethlehem Presbyterian Church in Philadelphia's Logan neighborhood, to help Elaine McCray and Bridget Jamison appraise a couple of room's worth of archival material. Elaine and Bridget drove the collection down here earlier this week, and its ten and a half cubic feet of records speak to the Logan congregation's enduring witness in its changing neighborhoods.

Holy Trinity-Bethlehem is a merged church -- its older ancestor, Bethlehem Presbyterian Church, was organized at Broad and Diamond Streets in Philadelphia in 1873. Bethlehem was an early adopter of electrically illuminated church signage, even naming its newsletter "Beams." Its next-door neighbor was the congregation Adath Jeshurun. In 1938, Bethlehem's pastor William McCormick posted new year's greetings in electric light for his Jewish neighbors.

The tiny gesture was immensely important to Adalah Jeshrun, and its congregants wrote to McCormick, explicitly mentioning the Nazi's anti-Semitic violence in Germany and rising bigotry at home. One congregant wrote, "In these times when un-Godly forces are uniting to fight against righteousness and decency those of us who know we are on the side of Right must unite." 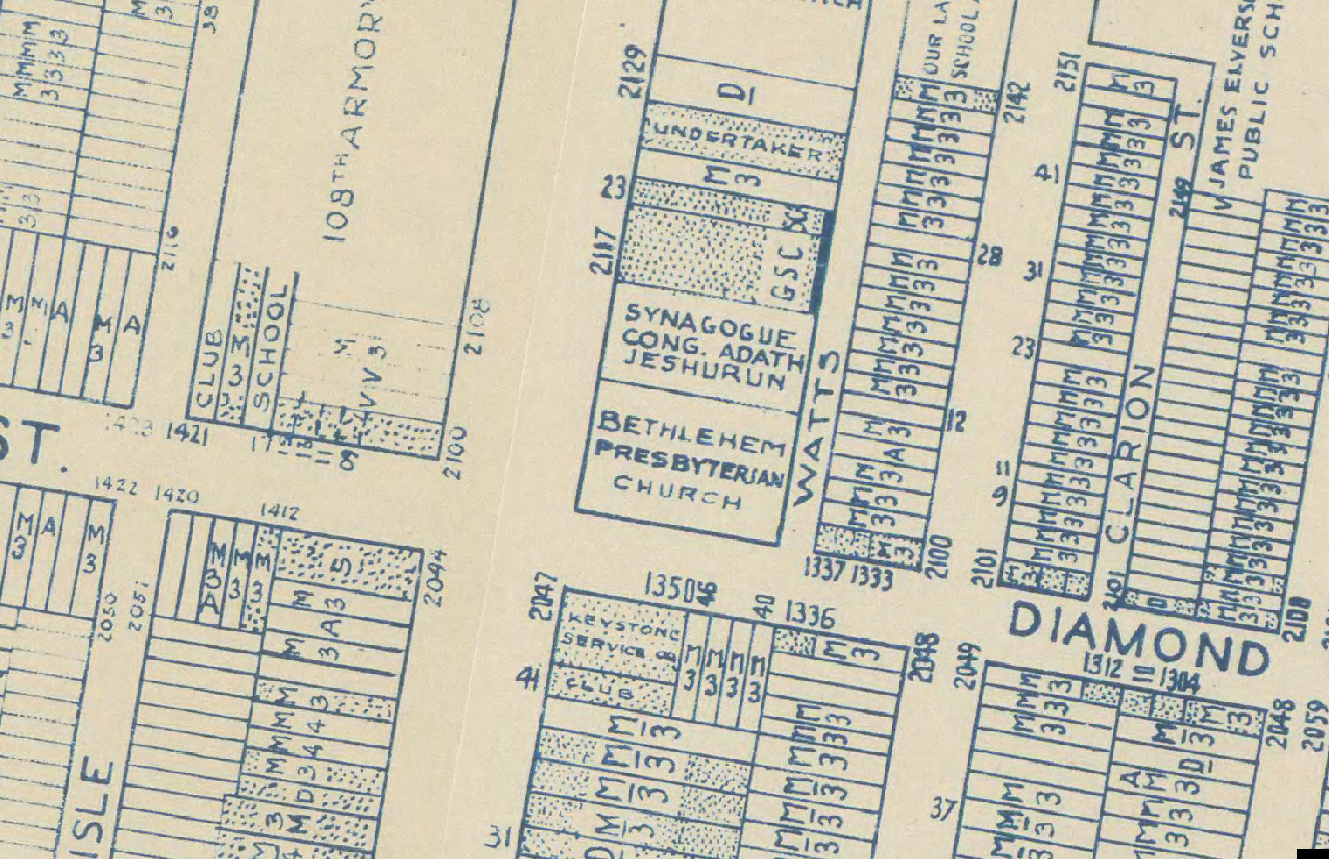 The current church's younger ancestor, Holy Trinity, was organized in 1909, in the newly developed suburban neighborhood of Logan. Its eventual home, spanning the block between 11th and Marvine on Rockland, would be completed in 1922. The development, a venture of the Joanna Wharton Lippincott Real Estate Trust, was built by filling in the valley surrounding Wingohocking Creek with ash and cinder, and building housing on top of the fill. 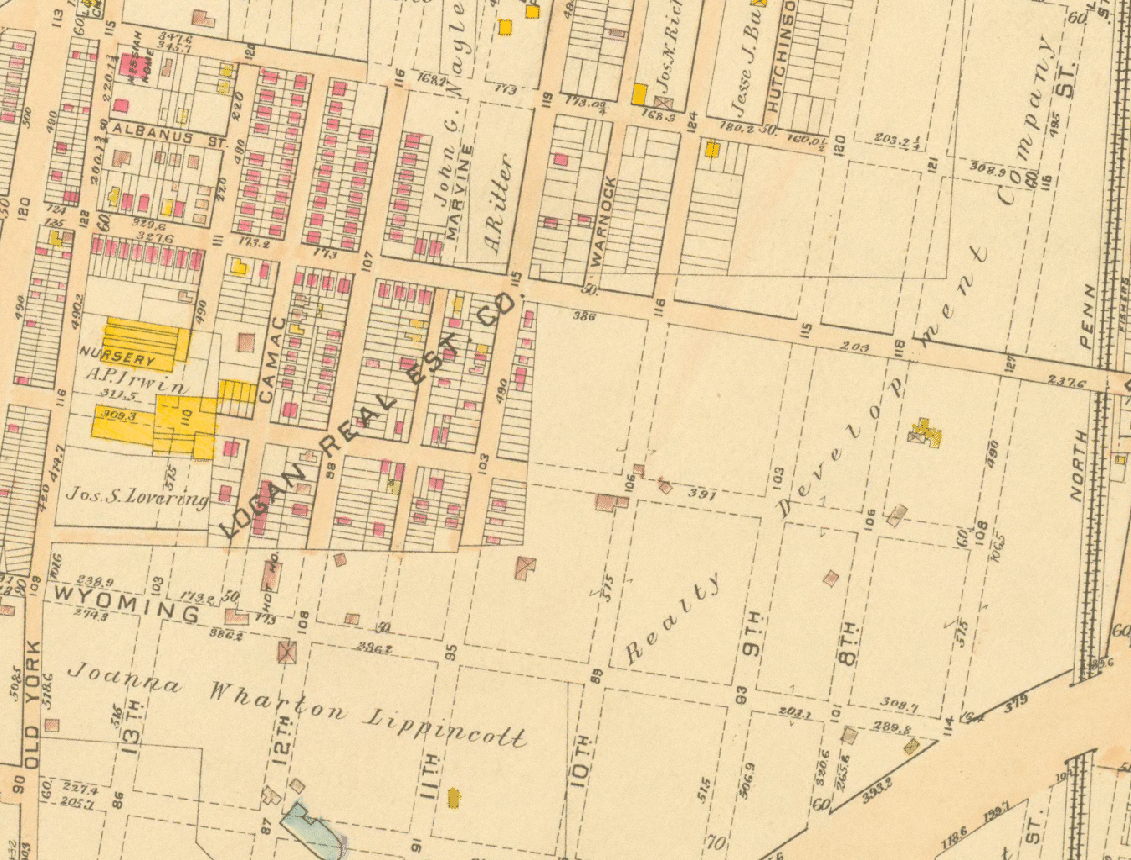 Over time, the fill compacted and washed away, undermining every house on seventeen city blocks. The first sign of danger came in a house fire in February 1986, when subsiding fill under a house broke a gas line. Initially, Philadelphia Licenses and Inspections identified 64 houses as imminently dangerous. By 1993, the city, with help from the federal Department of Housing and Urban Development, would evict and relocate the residents of nearly 1,000 houses in what's now known as the Logan Triangle. The process caused trauma to the people of Logan--anger at the slow pace of government action, heartbreak at the loss of their life savings--and the barricaded streets and fallow fields of the triangle carry that trauma to the present. 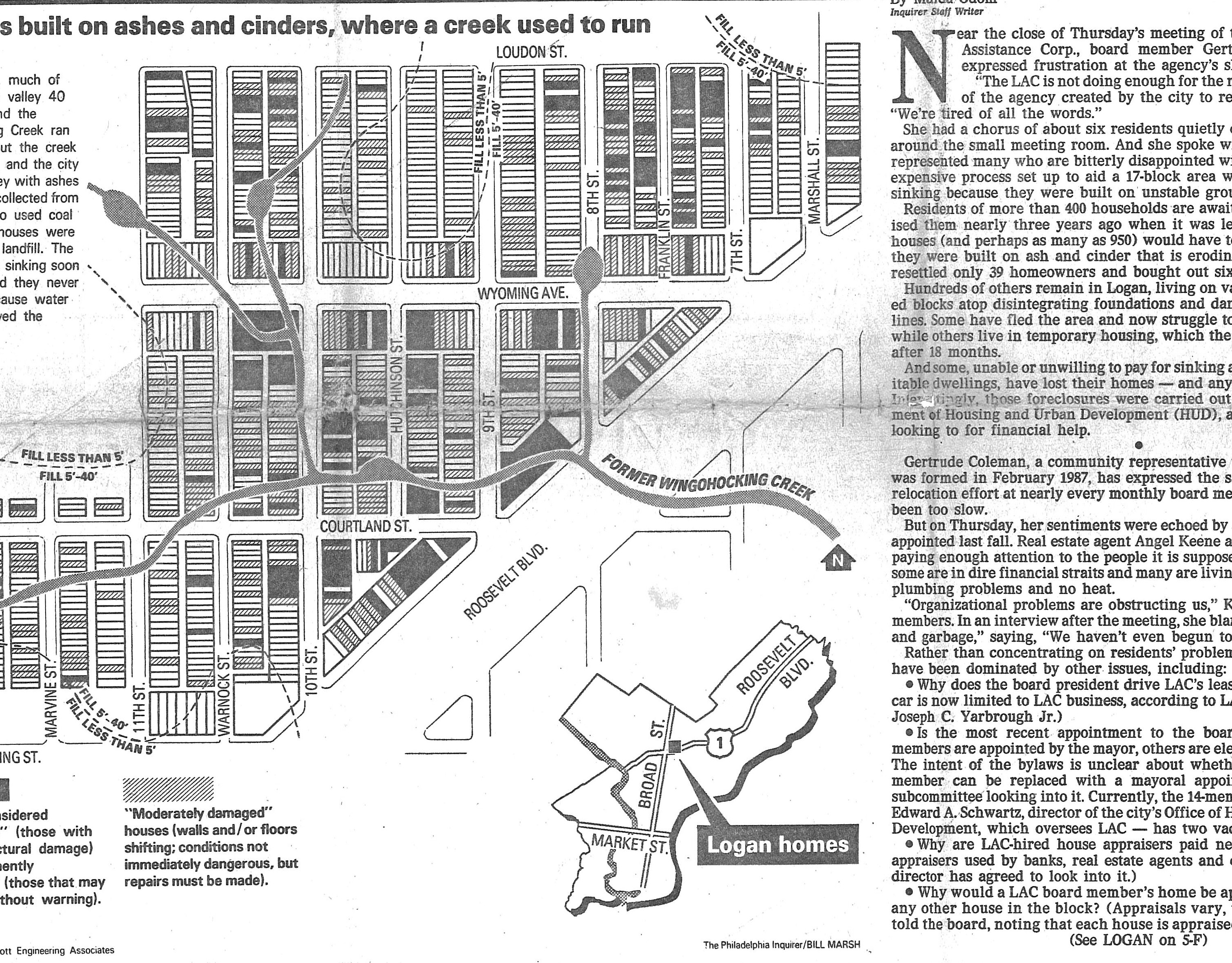 Clipping from the Philadelphia Inquirer, 29 January 1989

Holy Trinity-Bethlehem, as its predecessor churches did, served as a hub for community support and activism. Members of the church convened the Logan Community Council in the 1960s, and the Ad Hoc Committee for Logan in the 1980s. During the long tenure of Dr. Edward B. Jones, affectionately known as Doc, the church cared for an increasingly multicultural neighborhood. 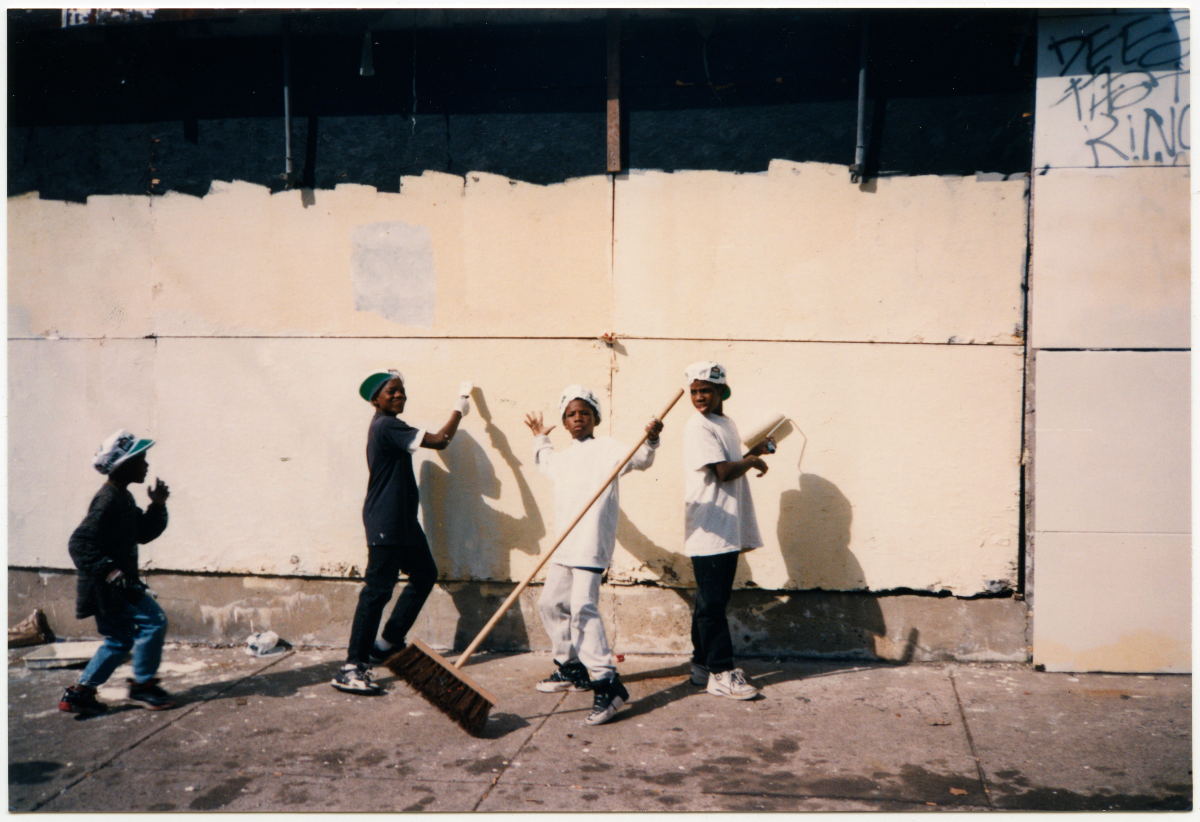 Members of the Logan Youth Project, about 1990

Once a white suburb, Logan in the 1980s was heralded in news coverage as one of Philadelphia's "United Nations" neighborhoods, with white and black neighbors, and new arrivals from Vietnam and Yugoslavia. In the 1990s, care for their neighbors was manifested in the church's Logan Learning Club, and the Logan Youth Project, which set children to work in neighborhood improvement and cleanup.

Though the neighbors and the neighborhood were transformed over the past 80 years, certain church traditions remained the same. Church field days were still held in the Lehigh Valley and Boy Scouts met at the church in the 1980s, just like in the 1920s.

It was my pleasure to visit and learn about Holy Trinity-Bethlehem, and about the city I live in. If you're a member of a Presbyterian church inside the city limits, and you're in need of archival appraisal and description, send me an email--I may be able to bicycle to your congregation next.