Ruminations on Revolutions in Venezuela 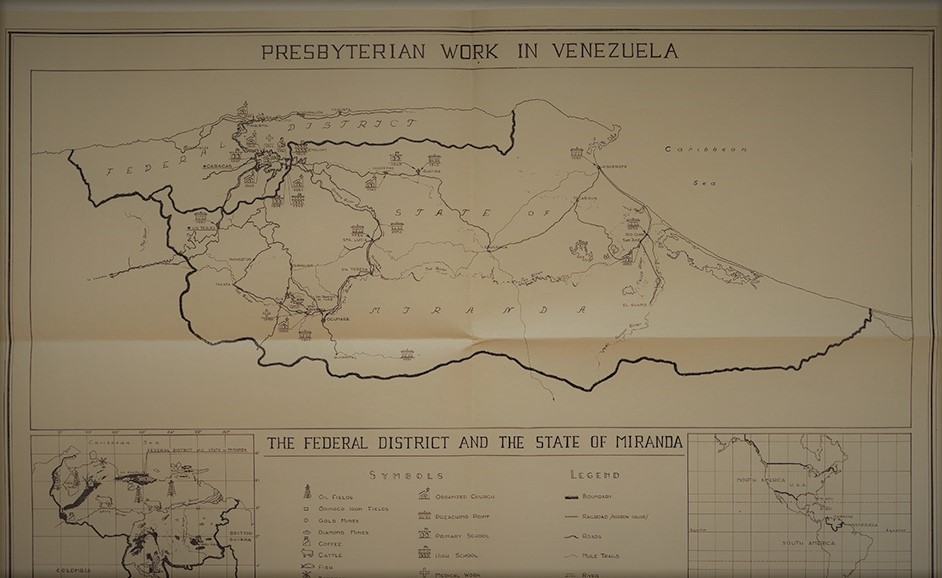 The period following World War II was particularly turbulent in Venezuela. Between 1945 and 1958, the nation experienced four coups d’état, its first democratic election, and the rise and fall of a dictator. Correspondence and reports in PHS’s Venezuela collections reveal the thoughts of Americans experiencing these events first- hand—thoughts as varied and contradictory as those of Americans regarding the current unrest in Venezuela.

By the mid-twentieth century, the Presbyterian Church in the U.S.A. mission to Venezuela was well-established; it employed twelve American and sixteen Venezuelan workers full-time in 1944. Although the mission had made little headway outside of the Federal District and Miranda, an influx of European Protestant immigrants to the capital created a demand for a more robust mission presence. Funds were sufficient to construct a new building for El Colegio Americano (the mission-run school) in Bello Monte, a suburb of Caracas. 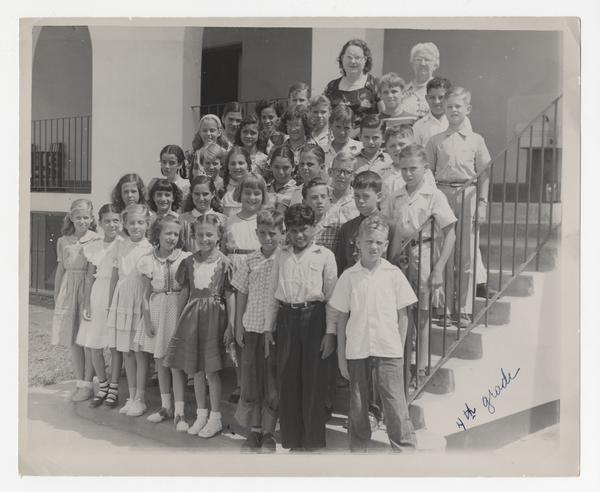 Records from the period reflect this relative security. Mission workers detailed banal activities and workplace conflict, including debate about the Christian nature of tobacco use and tensions between so-called “junior” and “senior” staff, and much was made of the time James Scotland, Jr. devoted to the Boy Scout troop he’d founded. But when not composing routine requisition forms, mission workers documented their accounts of and responses to the political turmoil they witnessed.

In late 1945, a coalition of military forces and the political party Acción Democrática (AD) ousted the dictator Isaías Medina Angarita. Scotland and fellow mission worker Clarence A. Phillips were able to view the brief battle in Caracas with ease from the school property, which sat above the city. In correspondence, both downplay reports of violence in the American media. Calling such stories “exaggerated,” they clarify that most people faced little danger. Even Scotland’s Scouts felt safe enough to assist in the aftermath. Scotland laments that he was too ill to join them in directing traffic, but notes he was able to help direct efforts from his bed. Sentiments among mission workers generally favored the new government, with Scotland declaring, “[o]ne has to admire the way in which they staged their coup. It was most efficiently organized and, since coming to power, they have done all they can to return things to normalcy.” 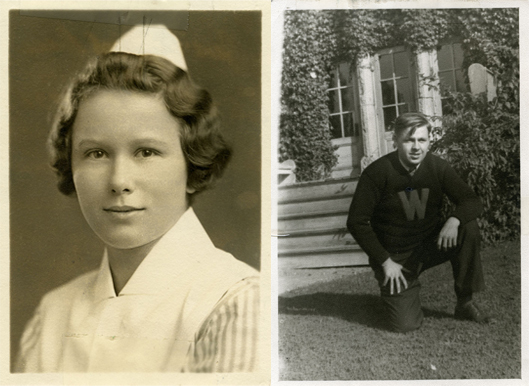 By the rise of Marcos Pérez Jiménez, mission workers were less idealistic; a 1948 coup had already ended “El Trienio Adeco,” the brief period of AD rule. Pérez Jiménez, a former AD member, assumed control of the government after elections in November 1952. Widely regarded as the first truly democratic election in Venezuela, the results were unfavorable to many in the party, and Pérez Jiménez rose to power in the aftermath. He oversaw both rapid development and urbanization (financed by revenues from Venezuela’s rich petroleum deposits) and a brutal regime relentless in its oppression of critics.

“[O]ne has to admire the way in which they staged their coup. It was most efficiently organized and, since coming to power, they have done all they can to return things to normalcy.” -- James Scotland, Jr.

Opinions of the ruler were mixed among mission workers. Richard Baird acknowledges the suppression of other political parties, but still considered the dictatorship “to some extent a benevolent one.” A 1955 report echoes Baird’s thoughts, claiming “[a]s dictatorships go his sway is enlightened and progressive.” These favorable opinions may have stemmed from Pérez Jiménez’s indifference to Protestant evangelization as well as support for his development programs. Baird cites “…the new civic center, the new university center, the city street improvements which will transform the Colonial Caracas of Simon Bolivar [sic] into a modern national capital.”

Others were less impressed by the dictator. A 1953 report is unequivocal: “The government’s enemies are shot in the streets.” Even Baird was suspicious of the pace of growth, and a 1954 document reports that the focus on oil was driving a neglect of agriculture, resulting in a need for the country to import food at great expense. Some mission workers were even critical of the U.S. role in fomenting an “oil culture” in Venezuela. The aforementioned 1953 document argues “that the development of Venezuela’s resources by American companies is resulting in the destruction of democratic government in that land.”

By early 1958, Pérez Jiménez was himself forced to flee the country, eventually landing in the U.S. His departure was celebrated by mission workers. Phillips, now witness to a third coup, wrote to W. Stanley Rycroft of the Board of Foreign Missions, “[t]here is a new spirit of freedom after many years of the most utterly despicable despotism that one can imagine.” Mission workers Bob and Jean Seel rejoiced in a 1958 “newspaper” they composed for their friends and family. “Headlines” included such proclamations as “The Cowardly Tyrant Has Fled.” Elsewhere the Seels wrote, “This is the first edition of this newspaper published without any censorship since 1948.”

A 1954 document reports that the focus on oil was driving a neglect of agriculture, resulting in a need for the country to import food at great expense. Some mission workers were even critical of the U.S. role in fomenting an “oil culture” in Venezuela.

As Pérez Jiménez lived comfortably in Florida, anti-U.S. sentiments grew amongst the Venezuelan population. Rycroft reported “deep resentment…against the United States,” speculating that its cause was the U.S.’s support of Pérez Jiménez. On May 13, 1958 a visit by Vice-President Richard Nixon further enflamed feelings in the country. As his motorcade traveled through Caracas, angry crowds attacked it, smashing windows and spitting on the Nixons. Rycroft was aghast at the timing of the visit, stating “I cannot understand why Mr. Nixon undertook this trip in the first place, but that seems to be an academic question now.” Dr. Alan H. Hamilton, then head of the mission, acknowledged the poor timing and echoed Rycroft’s thoughts regarding the source of Venezuelan anger, stating “there is resentment over the oil restrictions and the hospitality afforded P.J. and [Pedro] Estrada [former head of the Secret Police].” Hamilton was more sympathetic to the Nixons, however, calling their attackers “street hoodlums” and asserting that “Nixon succeeded in clearing the air somewhat for those who were willing to listen.”

As the relationship between the U.S. and Venezuela further deteriorated in the following years, the PCUSA wound down its work in the country. Though some Americans would remain until the 1970s, the mission officially dissolved in 1961, turning over its activities to the Presbyterian Church of Venezuela. PHS’s Venezuelan collections contain documents dating from 1897 to 1972, as well as reports, correspondence, blueprints, and transcripts.

Guide to the United Presbyterian Church in the U.S.A. Commission on Ecumenical Mission and Relations Secretaries' Files: Venezuela Mission, 1897-1966

Guide to the United Presbyterian Church in the U.S.A. Commission on Ecumenical Mission and Relations Secretaries' Files: Venezuela Mission, 1911-1972