Correspondence of Golden and Dick Baird, Missionaries to Korea 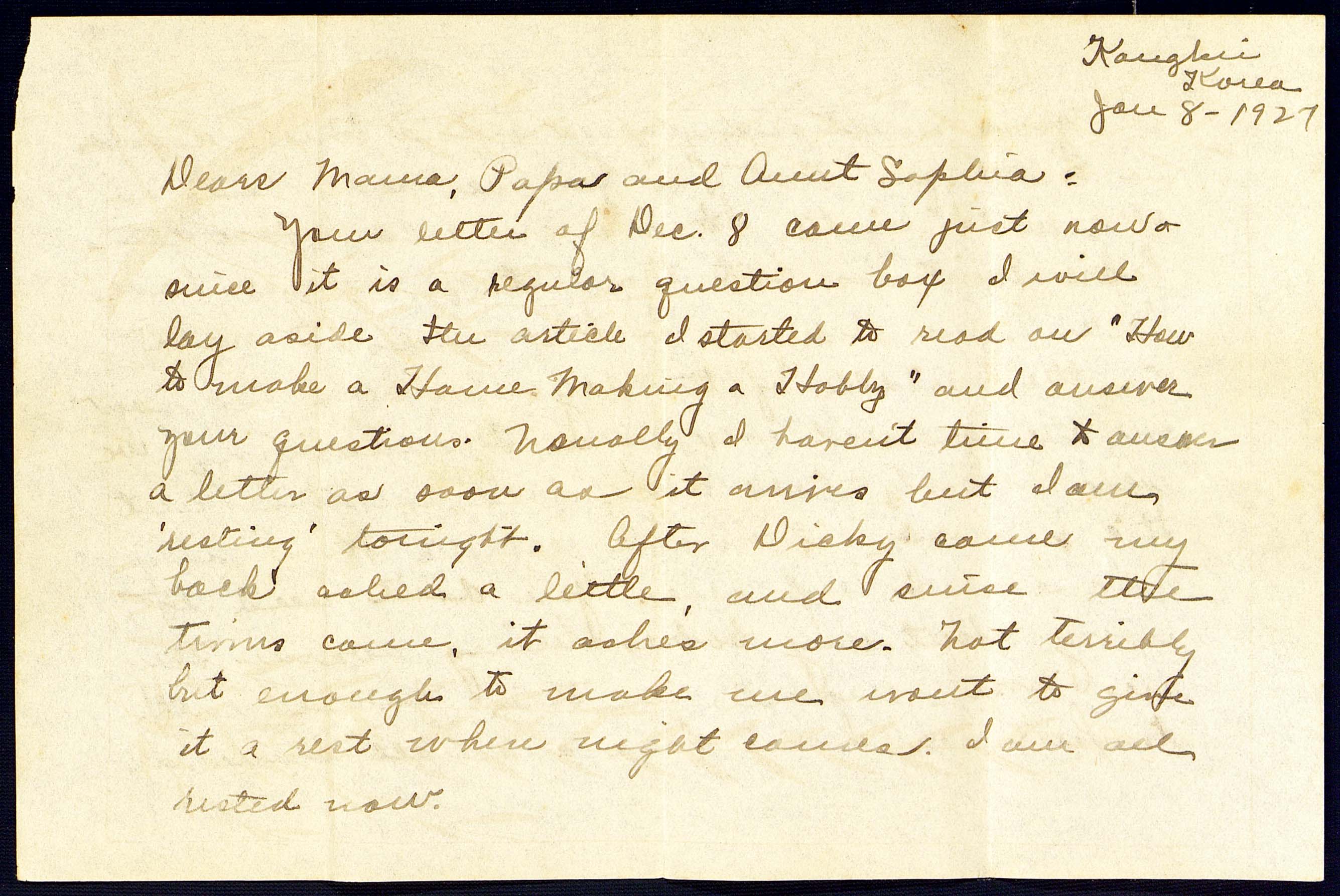 Letter written by Golden Baird to her mother, father, and Aunt Sophia from Kanggye, Korea, January 8, 1927. From Golden Baird's outgoing correspondence to her family, ca. 1920-1929.

The Presbyterian Historical Society has recently digitized the personal correspondence of twentieth century missionaries Golden and Dick Baird. The collection consists of almost 3,000 pages of the couple’s letters, primarily written from their mission station in Kanggye, Korea, in the 1920s and 1930s. 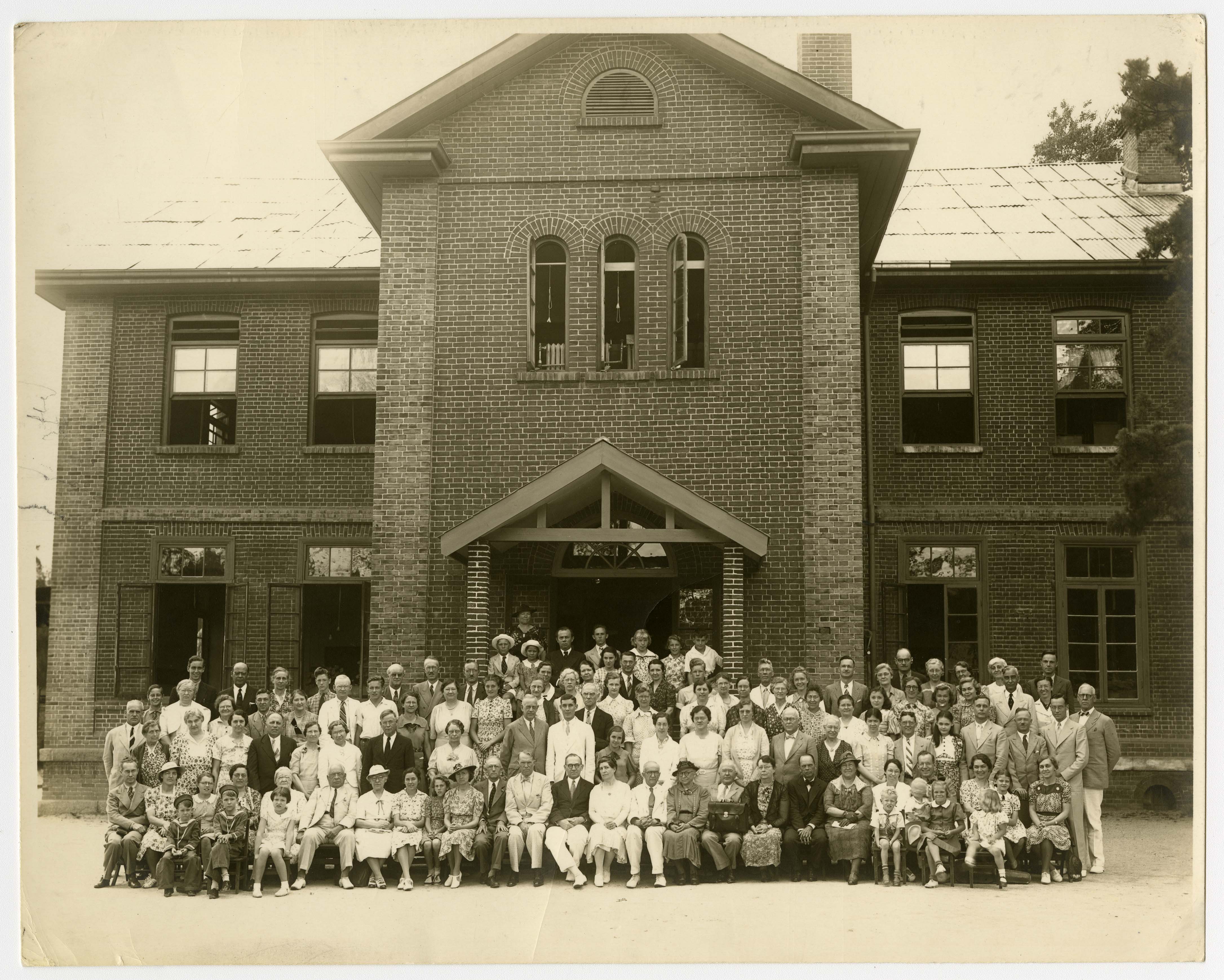 Golden Stockton was born on October 26, 1898 in Newbern, Tennessee to parents John and Mary Ann Stockton. She received her education at both Cumberland University in Lebanon, Tennessee, and the Bible Seminary in New York.

Richard “Dick” Hamilton Baird was born on September 1, 1898 in Pyongyang, Korea into a family of Presbyterian missionaries that traced back generations. Beginning in the late nineteenth century, his parents, Dr. William M. Baird and Annie Laurie Adams Baird, and his uncle, James Edward Adams, served as missionaries in Korea. Dick’s older brother, William M. Baird, Jr., also served in Korea from 1923 through 1940. Although he primarily grew up in Korea, Dick received his education at the College of Wooster in Ohio and Princeton Theological Seminary.

In December of 1922, Golden and Dick Baird were appointed to the Board of Foreign Missions of the Presbyterian Church in the U.S.A. The next year, the couple wed in July 1923. A few months later, in September, they arrived in Fusan for language study. They eventually were assigned to Kanggye, just south of the Yalu River, for evangelization work. During their decades of mission work, the Bairds had six children, four of whom survived past age three: Richard Jr., Nancy Elisabeth, Emily, Mary, Rebecca, and John. 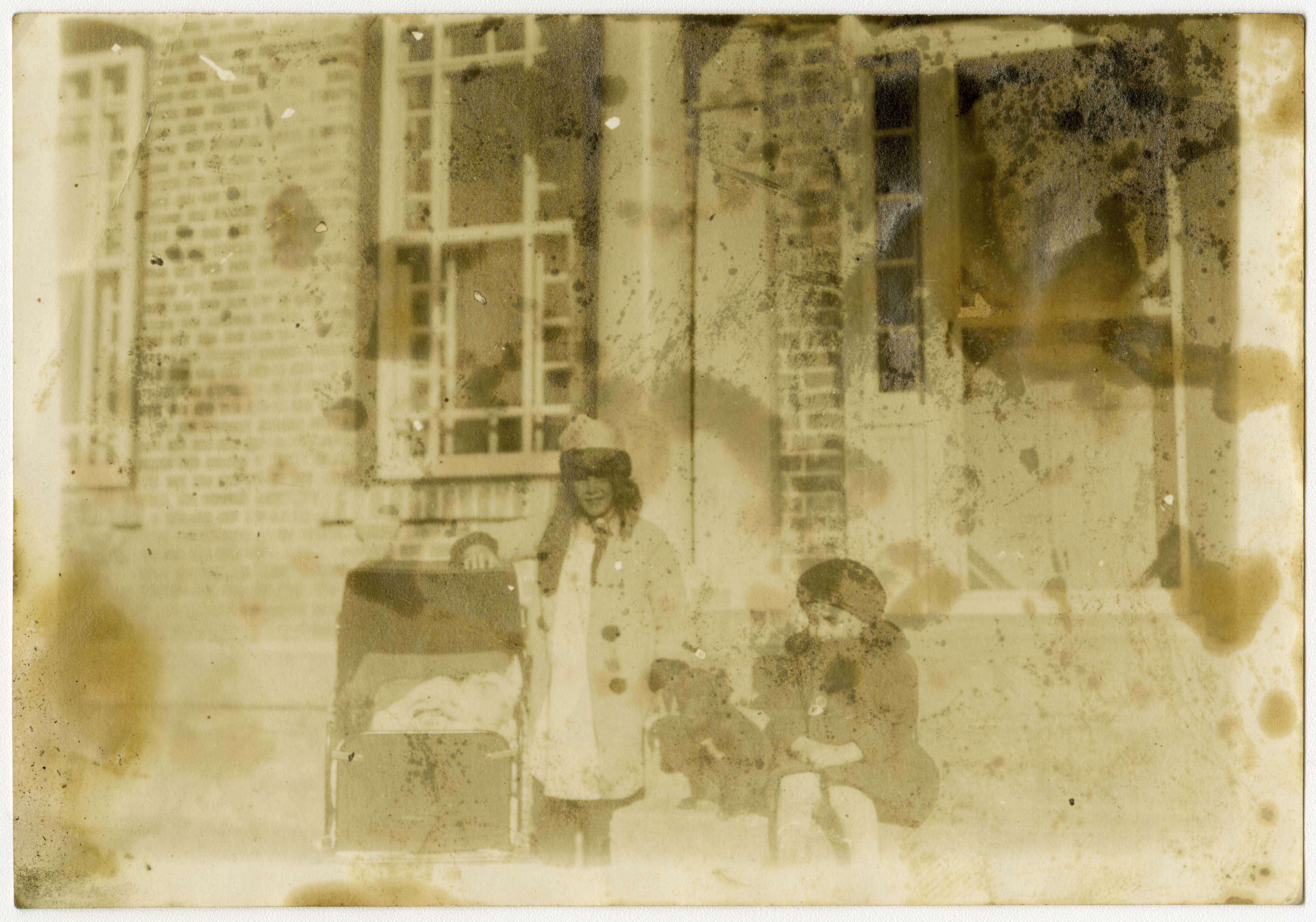 Golden and Dick Baird’s correspondence is primarily written from their mission station in Kanggye; however, there are some letters written from Pyongyang, Seoul, and the United States during periods of furlough. Instead of being rooted in their official mission work, their letters are personal in nature and include details of their everyday lives in Korea. Most often Golden and Dick are writing across seas to Golden’s family in Newbern, Tennessee, specifically her parents, sister, Aunt Sophia, and nephew. The collection also contains some correspondence between one another, including the time before their marriage in 1923 when Dick writes excitedly about their future union. 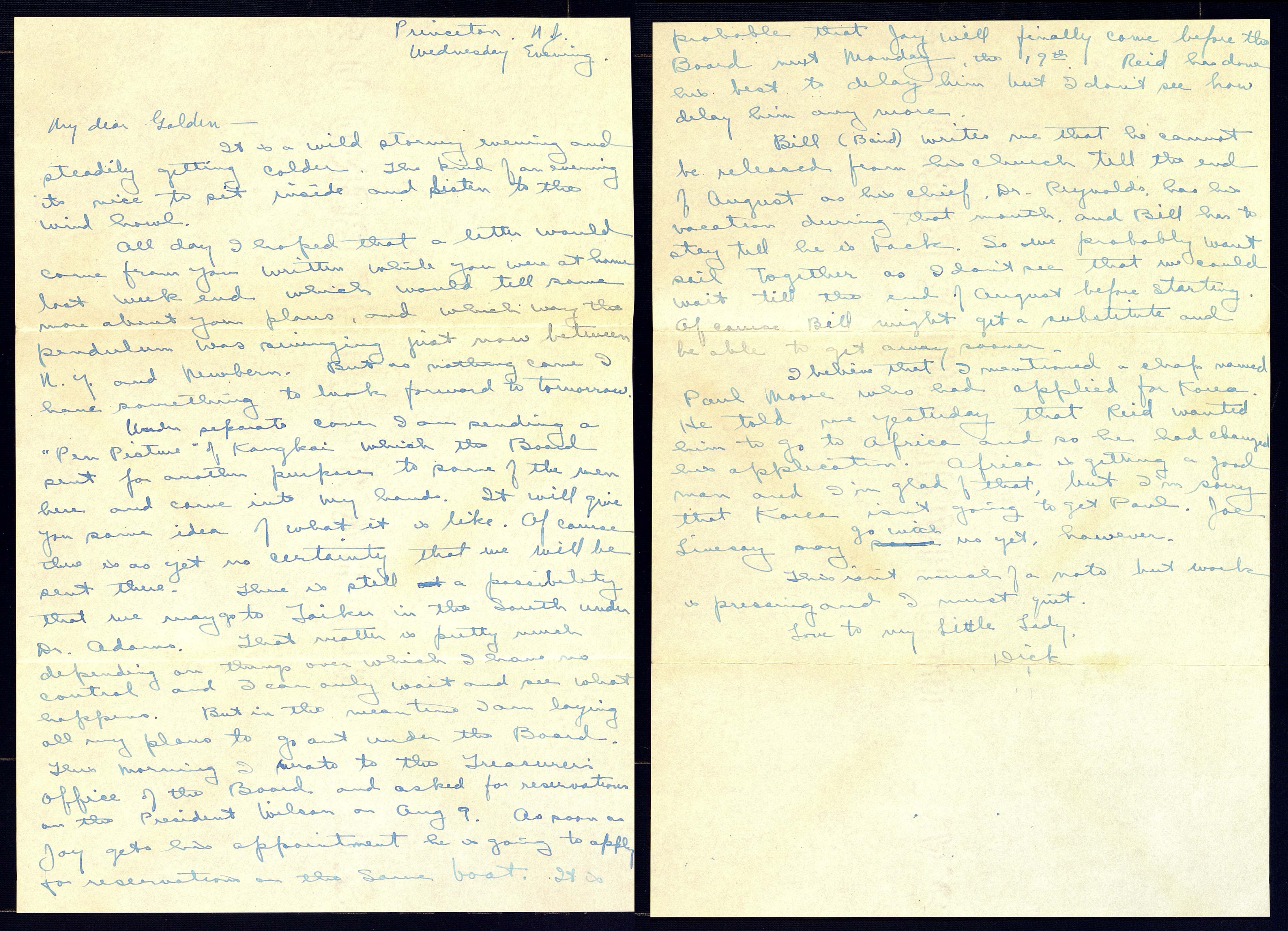 The couple left Korea in 1940 in response to the Japanese colonial government’s enforcement of the Religious Bodies Act. They were then reassigned to the mission field in Colombia, where they served in Cordoba from 1942 through 1946, after which time Golden, Dick, and the family settled in Oakland, California. Dick would later serve as the Commission on Ecumenical Mission and Relations Area Representative for Korea from 1957 to 1960. A small portion of the correspondence falls during his time with COEMAR. The Bairds eventually retired to Westminster Gardens in Duarte, California in 1964. Golden Baird died in 1982. Richard died in 1994. 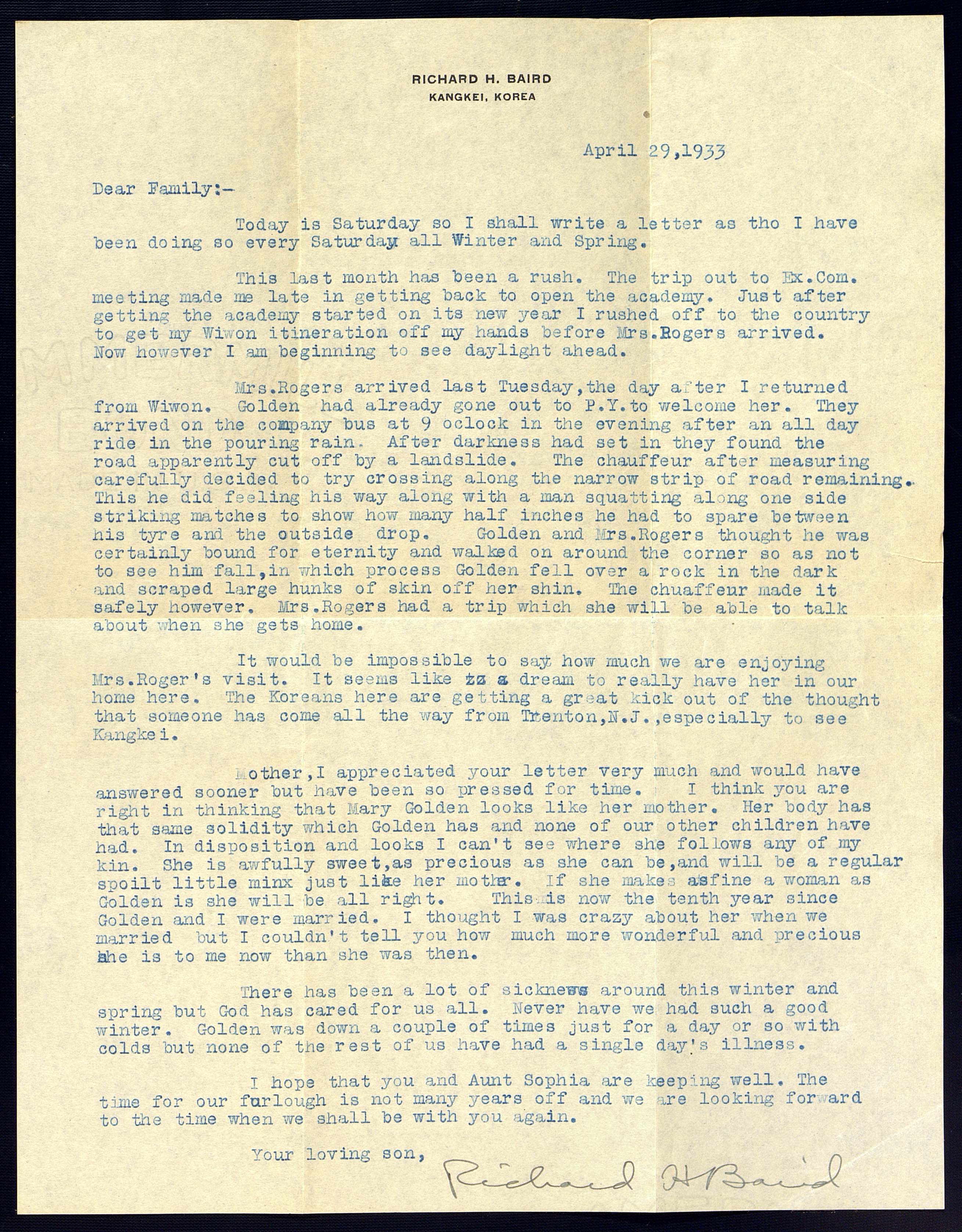 Letter written by Richard H. Baird addressed to family, April 29, 1933. From Golden and Dick Baird's outgoing correspondence to their family, circa 1930-1939.

You can now view the Golden and Dick Baird correspondence collection in Pearl. To read more about the generations of Baird family missionaries in Korea, the following collections have been digitized in their entirety: William M. Baird Papers, Annie Laurie Adams Baird Papers, and Baird Family Papers.