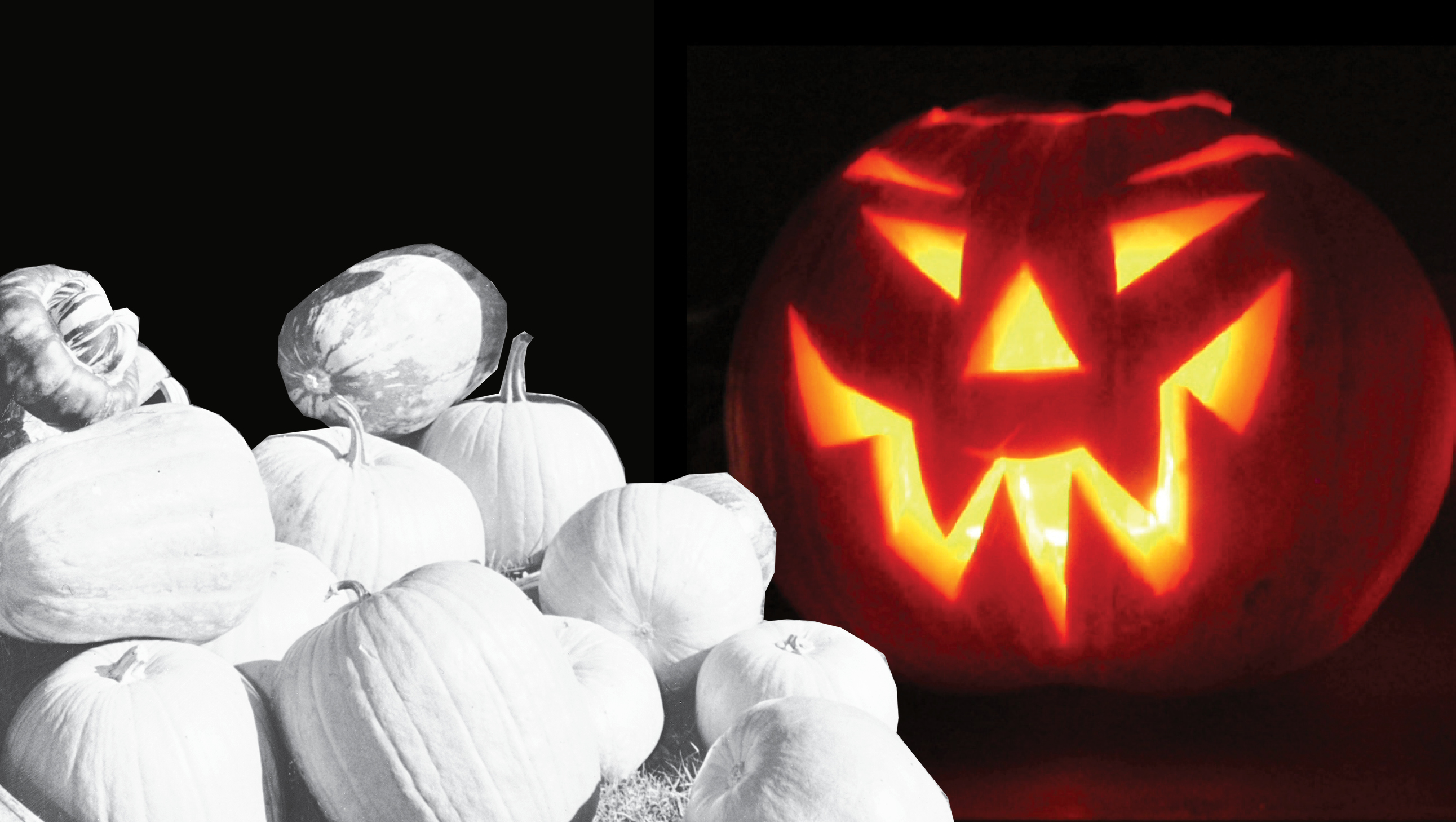 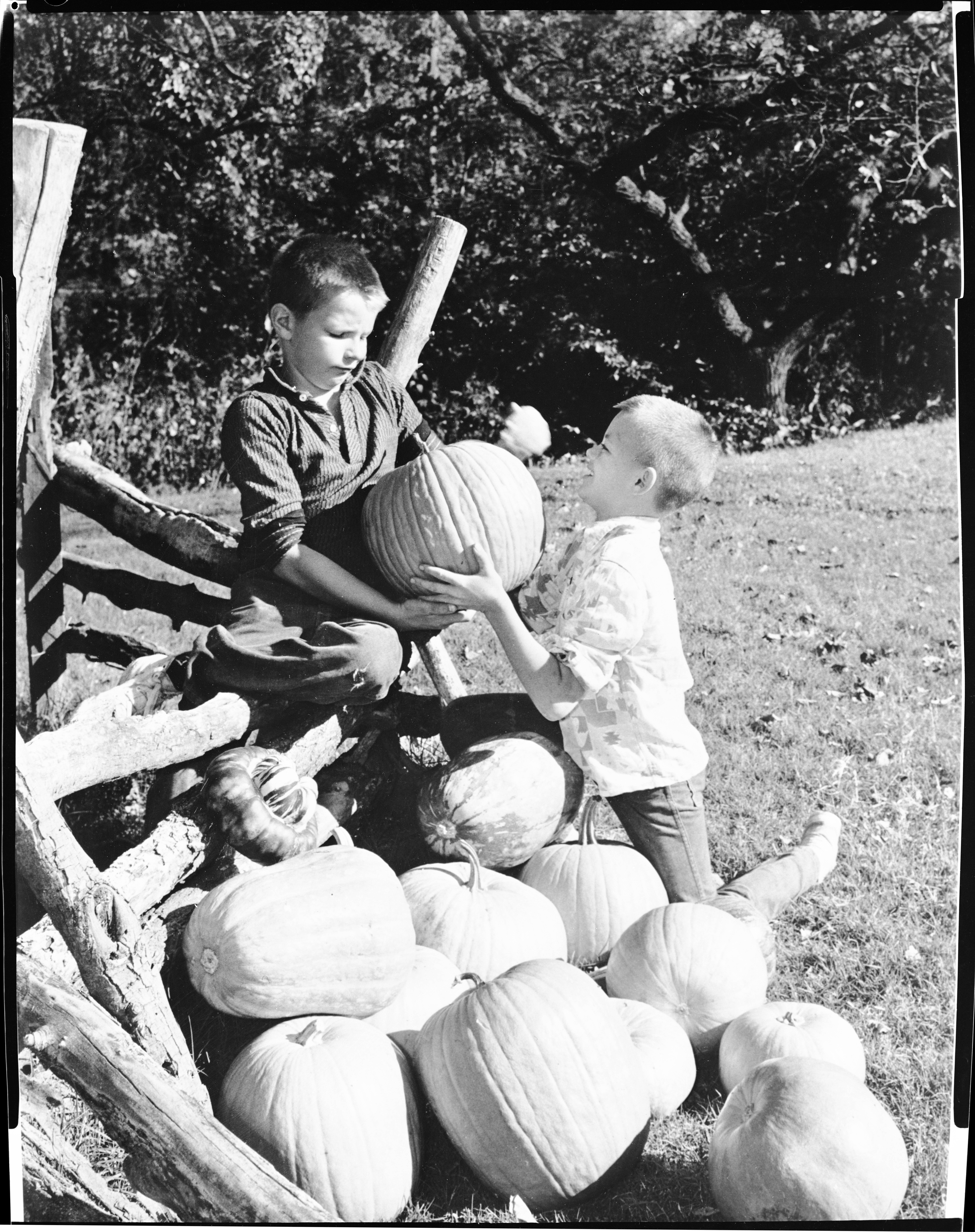 The first step to jack-o'-lantern carving is perhaps the toughest: choosing the perfect pumpkin. The caption of the image above reads, "With the day of the goblins, the witches, and above all, the jack-o'-lanterns, nearing, two boys select a pumpkin for their Halloween decorations. Now all that is needed is some imagination and a sharp knife." RNS photo PC44458: Youngsters take a look at their grinning jack-o’-lantern, in an unusual view from the inside looking out, 1973.

At home with your newly adopted pumpkin, it’s wise to set out a vinyl tablecloth and gather the necessary tools before you get to carving. One of the first steps is to gut the gourd—cut open the top, around the stem, and, using either your hands or, perhaps, a large spoon, begin scooping out the noodle-like insides, seeds and all. This image, taken from the inside of a finished jack-o’-lantern, shows you how clean you can get your pumpkin—no guts or seeds can be seen, only the curious faces of the kids looming from above. 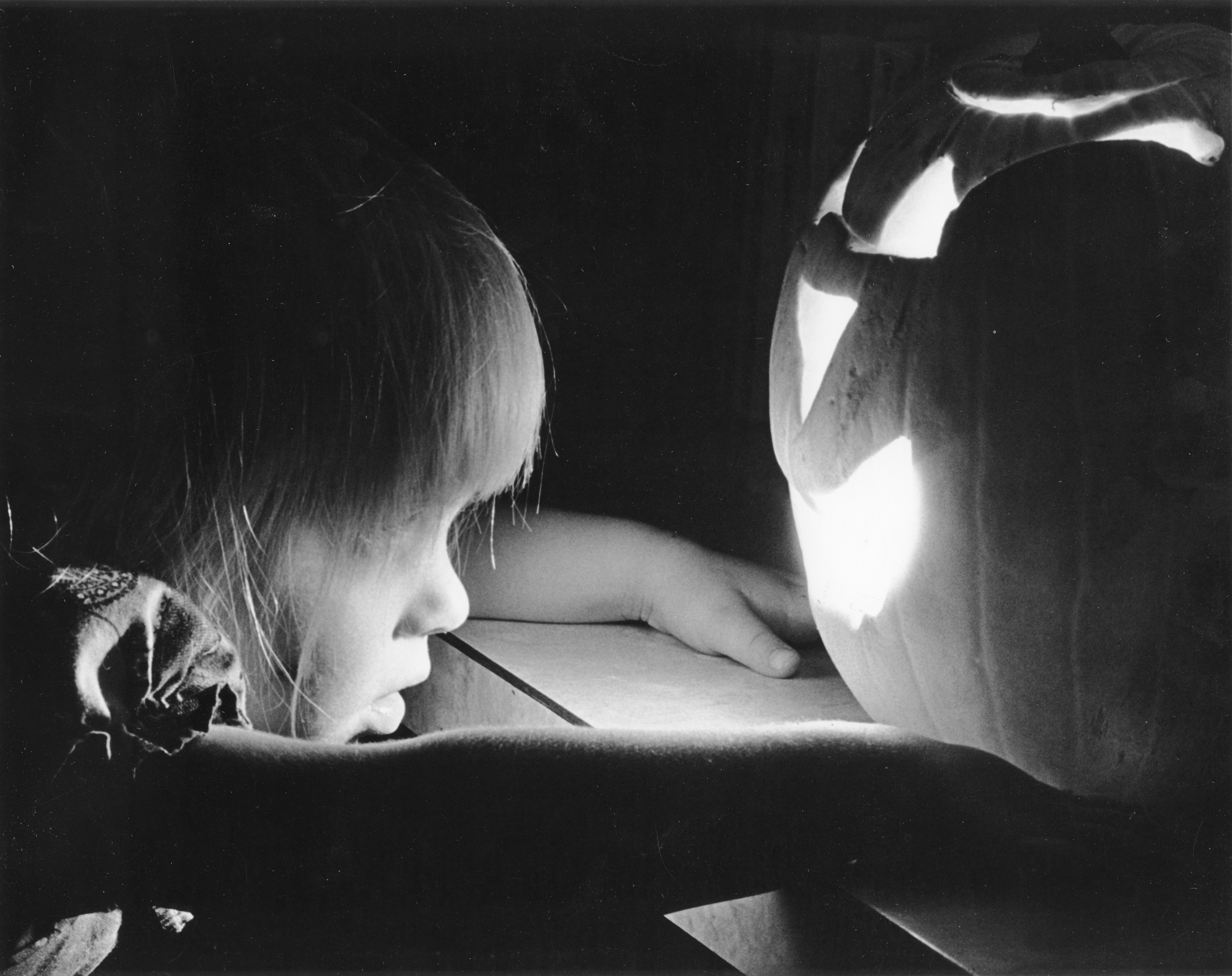 RNS photo PC50029: A tiny girl patiently studies the lighted contours of a carved-out pumpkin before her father places it on the front steps to help guide other children to treats prepared by her mother, 1977.

This tradition of carving or painting eerie faces into pumpkins originated in Ireland. The name “jack-o’-lantern” is taken from an old Irish folktale about Stingy Jack—a man who invited the Devil to share a drink with him one evening. Of course, Jack’s nature was true to the nickname he had been given. When he and the Devil went to share a pint, Jack didn’t want to pay. Instead, he persuaded the Devil to turn himself into a coin that Jack could use to buy their first round.

For whatever reason, the Devil agreed and transformed himself into a coin. However, the Devil was trapped in coin form and Jack stuffed the Devil-turned-money into his pocket, where he also kept a silver cross.
This was just the beginning of Stingy Jack’s relationship with the Devil. After a while, he released the Devil—though Jack would end up playing a few more pranks on the Devil before he died. 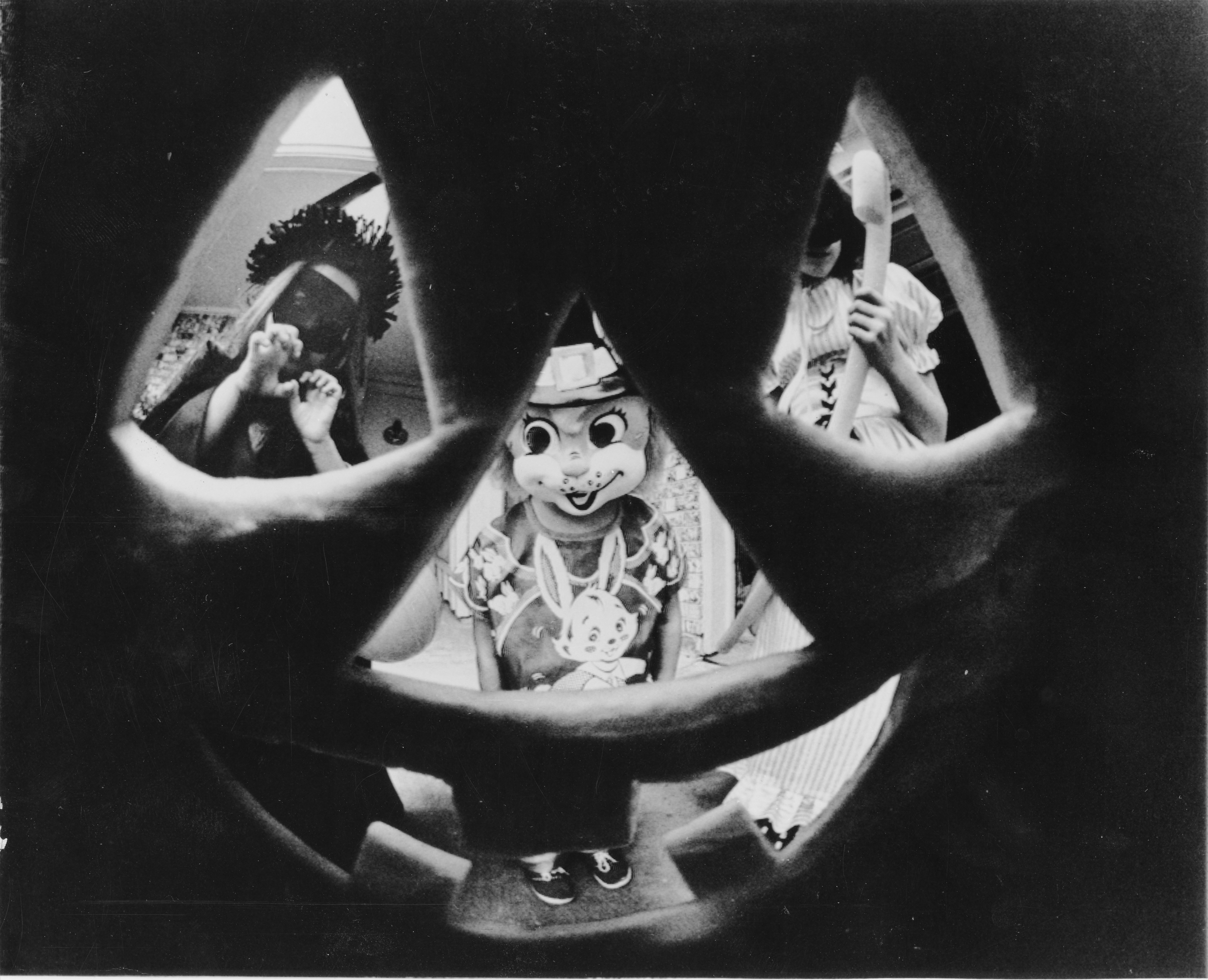 RNS photo PC51352: This is a pumpkin’s view of goblins as the camera looks out toward three young “spooks” on a recent Halloween in Houston, Texas, 1978.

When Jack died, he couldn’t gain entrance into heaven, and he certainly wasn’t welcome in hell—as the Devil was still peeved with him and refused to claim his soul. Instead, the Devil sent Stingy Jack off into the dark of the night, with only a single lump of burning coal to light his way.

This is where the jack-o’-lantern comes into play. Jack placed the burning coal into a carved-out turnip—yes, turnip, not a pumpkin!—and, according to the lore, has been roaming the Earth ever since. The Irish, in the hopes of frightening away “Jack of the Lantern,” began to carve scary faces into turnips and placing them in windows or doorways. Irish immigrants who traveled to America—where they discovered that pumpkins were the perfect canvas for jack-o’-lanterns—brought this tradition with them, and it soon became a popular practice during the Halloween season.