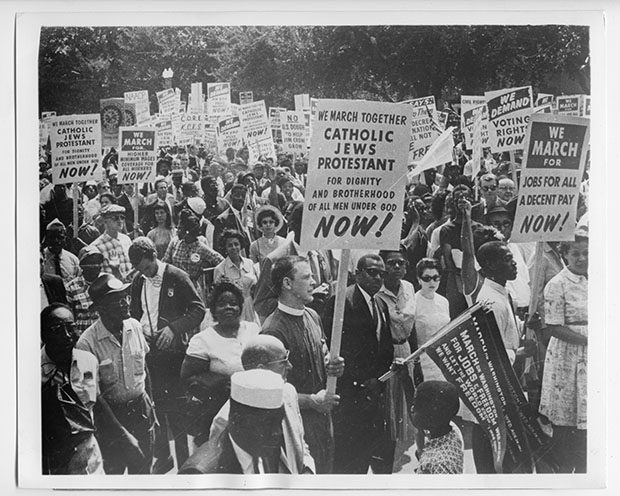 Marches, demonstrations, and other forms of resistance have been a part of the human story. In the United States—indeed, just in the 20th century—moments and movements have sought to affect change on issues relating to nearly all aspects of life including labor, international relations, health, race, gender, sexual orientation, the environment, and more. While not all protests precipitate immediate change, some have prompted significant reforms that have shaped American culture and its politics—from the 40-hour work week and the growth of annual Pride events to women’s suffrage and even the thirteen-year ban on alcohol. Today we’re sharing stories from our Religious News Service photograph collection that capture moments when concerned citizens have raised their voices to spur broader action and what those movements look like today. 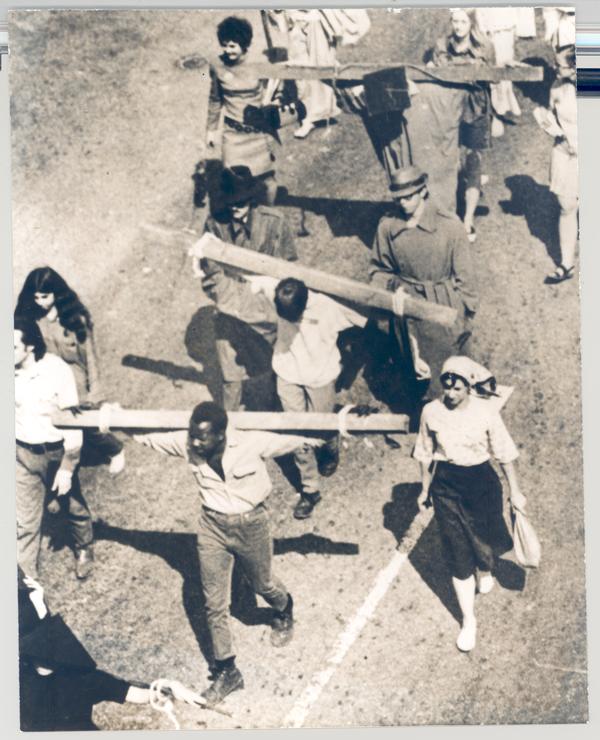 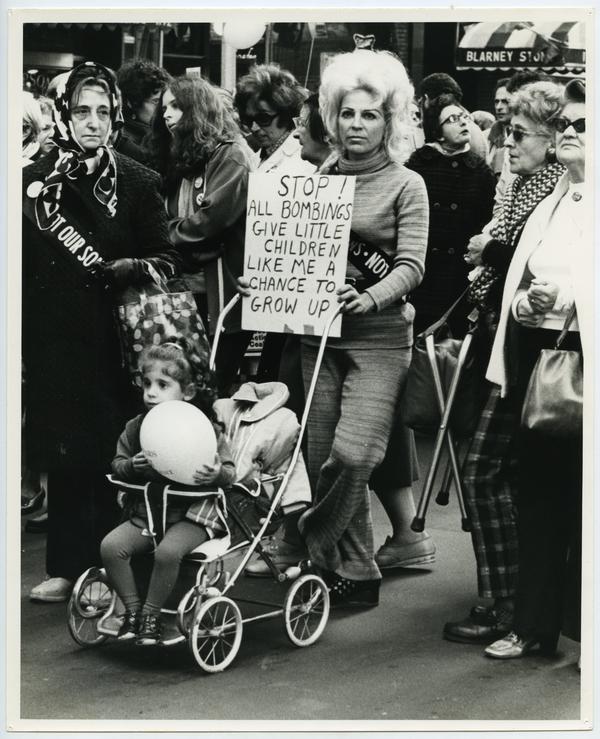 Peace activists who protested the war in Vietnam captured national attention by 1965 and spurred opposition into the 1970s. This peace march in New York was part of a nationwide demonstration in 1971 to oppose the war but also denounced racism, a wage freeze, the Attica prison tragedy, and an atom bomb test on Amchitka Island in the Aleutians. The senior, mother, and child in this photo have united across the generations for a common cause.  Fifty years later in February 2022, generations unite in a similar stand.  In a rally outside Chicago’s Saints Volodymyr and Olha Ukranian Catholic Church, supporters expressed their solidarity with Ukraine after Russia’s invasion and peacefully called for an end to war. 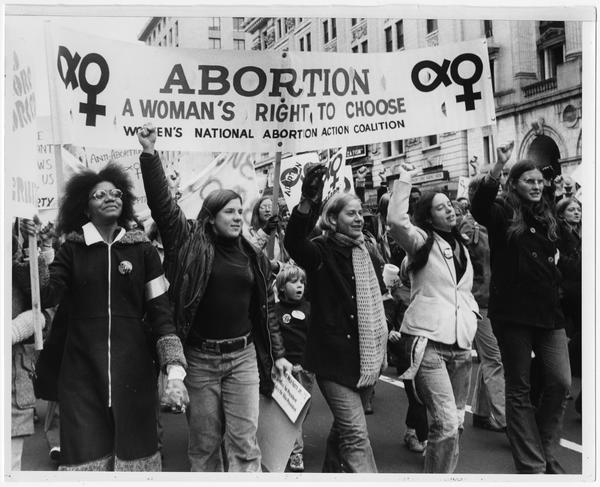 On November 22, 1971, pro-abortion demonstrators marched down Pennsylvania Avenue in Washington D.C. toward a rally held in front of the Capitol Building. The roughly 2,500 participants urged Congress to repeal the laws prohibiting abortion while an anti-abortion rally convened on nearby. The counter protest was sponsored by Washington Area Right to Life groups. In May 2022, RNS captured a similar demonstration in Washington after a leaked draft opinion revealed that the U.S. Supreme Court was poised to overturn Roe v. Wade, the case the legalized abortion in the U.S. 1973. 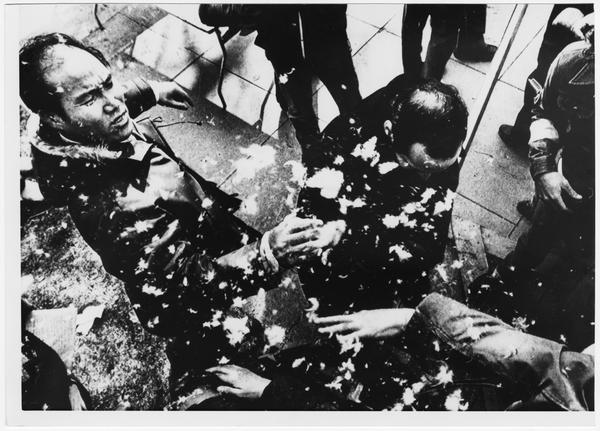 In protest to President Jimmy Carter’s efforts to resume registration for military service, 30,000 demonstrators assembled in Washington D.C. on March 22, 1980. Feathers float through the air as anti-draft and pro-draft participants scuffle. The resumption of draft registration during the Cold War prompted some Presbyterians to declare Conscientious Objection and register their convictions with the Stated Clerk. Objection to compulsory military registration and service due to religious conviction is an ongoing global issue. In October 2022, RNS covered the response of human rights groups when a 22-year-old Jehovah’s Witness conscientiously objected to military service in Azerbaijan.