October 16, 2013
Tags:
News and Events, Programs, Foundations of the Faith 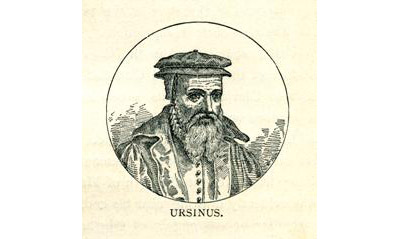 Did you know that the last Sunday of the month is set aside to commemorate the events and figures of the Protestant Reformation? Presbyterians celebrate Reformation Sunday along with millions of Reformed church members around the globe.

Many churches this Reformation Sunday are focusing on the Heidelberg Catechism, which celebrates its 450th anniversary in 2013. When it was crafted, the people who worshipped in the German territory called the Palatinate followed the teachings of Reformers with different beliefs (Luther, Calvin, Zwingli, Melanchthon and others). To unify the various theological factions and help people learn about the Protestant faith, the ruler, Elector Frederick III (1515-1576), gathered a team of professors, ministers, and advisors to compose a new catechism for his land.

The resulting Catechism or Christian Instruction as This Is Conducted in Churches and Schools of the Electoral Palatinate (published in 1563 in the city of Heidelberg) quickly became a familiar source for teaching and learning about the Word of God and the Grace of Christ. To make the project useful for Christian instruction, the third edition of the Heidelberg Catechism was divided into fifty-two sections, one for each Sunday of the year. The conciliatory tone and question-and-answer structure of the catechism continue to make it one of the most popular and widely accepted confessional documents of the Reformed churches.

How will your congregation celebrate its Reformed heritage on Sunday, October 27, 2013? Download our bulletin insert about the Heidelberg Catechism to begin. Then, Leave a Reply to let us know what else you’re doing.