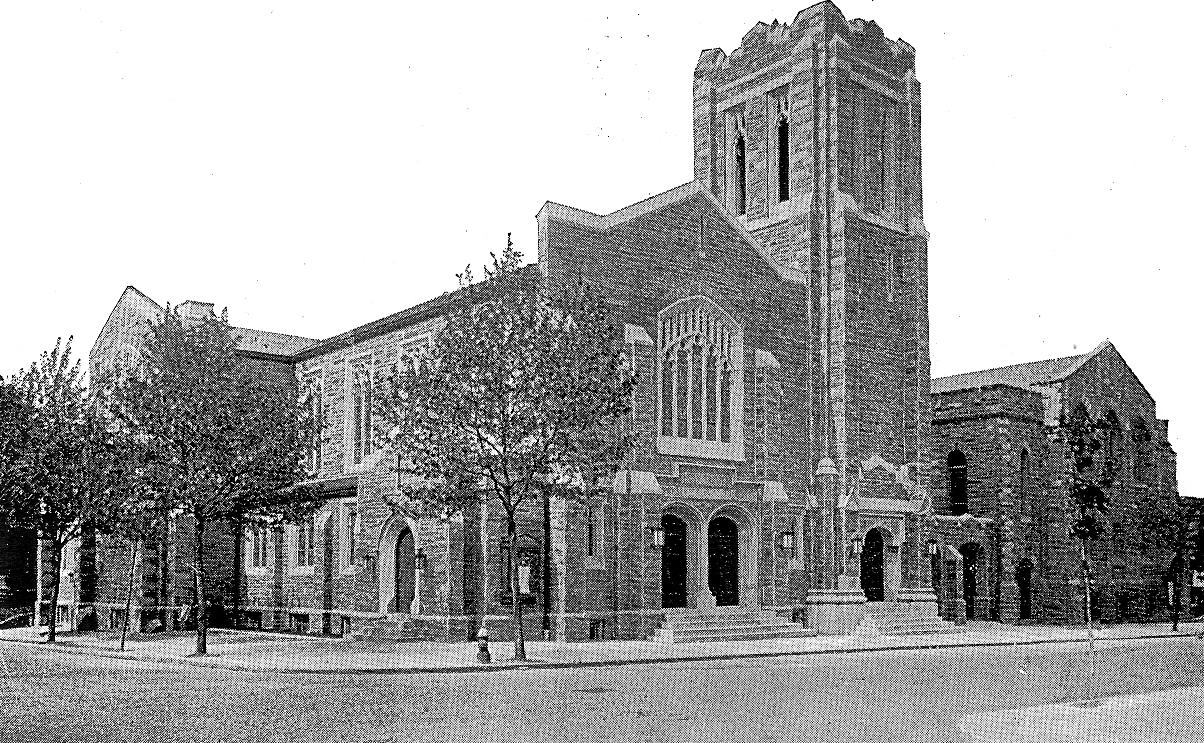 Initially, the Logan area was primarily made up of Jewish families; however, over many years other ethnic groups migrated in the area as the Jews moved out.  This new composition of new residents consisted of African Americans, Hispanics, Koreans, Portuguese, and Southeast Asians.   Holy Trinity-Bethlehem became the central location for these groups to meet collectively and individually to discuss concerns of the neighborhood and to develop ways for these groups to work together.  Holy Trinity-Bethlehem subsequently became known as the “Community Church” in the area.  As the neighborhood experienced many transitions, we became the church location for community groups to meet to discuss strategies to help the community through various transitions.

For over forty years (40), until October 2014, the Nationality Senior Service Center, housed in Holy Trinity, provided services to seniors of all racial and religious backgrounds.  The Alcoholic Anonymous and Narcotic Anonymous and the Police Athletic League provided and continue to provide services in Holy Trinity-Bethlehem for more than 50 years.  Other agencies have joined these groups at Holy Trinity-Bethlehem in providing services to the Logan/Olney Communities.

Holy Trinity-Bethlehem continues as a “Community Church” as it strives to carry out its motto as a church preaching and teaching the “Mission, Ministry and Message” of Jesus Christ.  We continue to financially support many local groups and Presbytery Ministries; and our yearly vacation bible school attendance averages 45 youths from the surrounding neighborhoods.