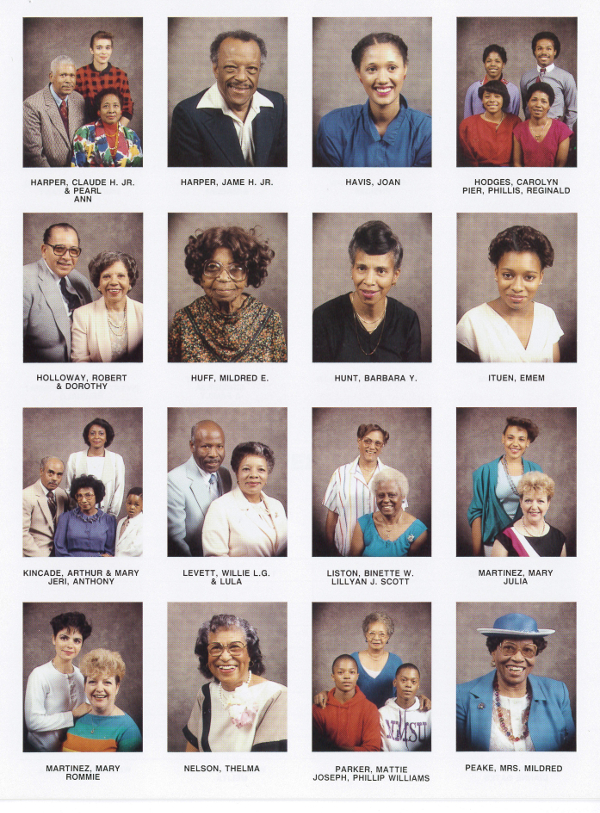 In anticipation of #GA223, let PHS introduce you to a historic St. Louis congregation!

By the early 1960s Berea had moved out of Midtown to Compton Heights and had become, by its own description, "an all-black congregation surrounded by a deteriorating all-black residential area." The city of St. Louis' urban-renewal programs then tore down much of the surrounding neighborhood, erecting mixed-income housing which attracted new white residents. Wedged between the campuses of Saint Louis University and Harris Teacher's College to the west, and the remaining older homes to the east, Berea's pastor, Carl Dudley aimed to reorient the congregation toward both communities. The congregation self-consciously adopted the signs of a "first-century Christianity," hanging a fisherman's net in the chancel, erecting a rustic wooden cross, and commissioning rough ceramic communion ware.

By 1970, much of Berea's membership had dispersed, but remained loyal to the congregation, traveling each Sunday from as far as East St. Louis, Ill. and the St. Louis County suburbs, some 20 miles away.

Berea's Christian Conscience Commission had the pulse of the 1960s, doing study and action for peace, fair housing, and antipoverty, and offering "hospitality for groups not welcome elsewhere," including Daniel Berrigan, draft resisters, and supporters of Angela Davis. Members of the Submarine Church, which had interrupted the plenary of both the UPCUSA 1970 General Assembly in Chicago, and the United Methodist Church General Assembly in St. Louis in 1972, were sheltered at Berea.

The congregation's witness for justice persisted during the contentious first days following the city of St. Louis' federally mandated school desegregation in 1980, hosting orientations for local ministers to serve as observers on the first day of school. Berea today is a family-sized congregation of 41 members, maintaining its more than century-long witness in the heart of St. Louis

Is your St. Louis congregation represented in the national archives of the PC(USA)? Let us help you with that!