In different points in its life, the Philadelphia congregation known as Beacon has been a Sunday school mission, a nesting congregation, a mother church with its own college, a church in schism, and a new church development. A persistent thread in the fabric of Philadelphia's Kensington neighborhood, its population waxed and waned by turns, for 146 years.

Beacon began life in 1871 as a Sunday school mission of the First Presbyterian Church of Kensington. In 1872, the growing church bought a parcel of land from the Sepviva estate, and constructed a church building at Cedar and Cumberland Streets. The congregation abruptly shrank, holding services in Livezy’s Hall at Frankford and Sergeant, until its dissolution in 1879. In 1881, the congregation was reorganized by the Presbytery of Philadelphia with 71 members and 448 children in Sunday school, ultimately settling on the name Beacon Presbyterian Church in 1885. 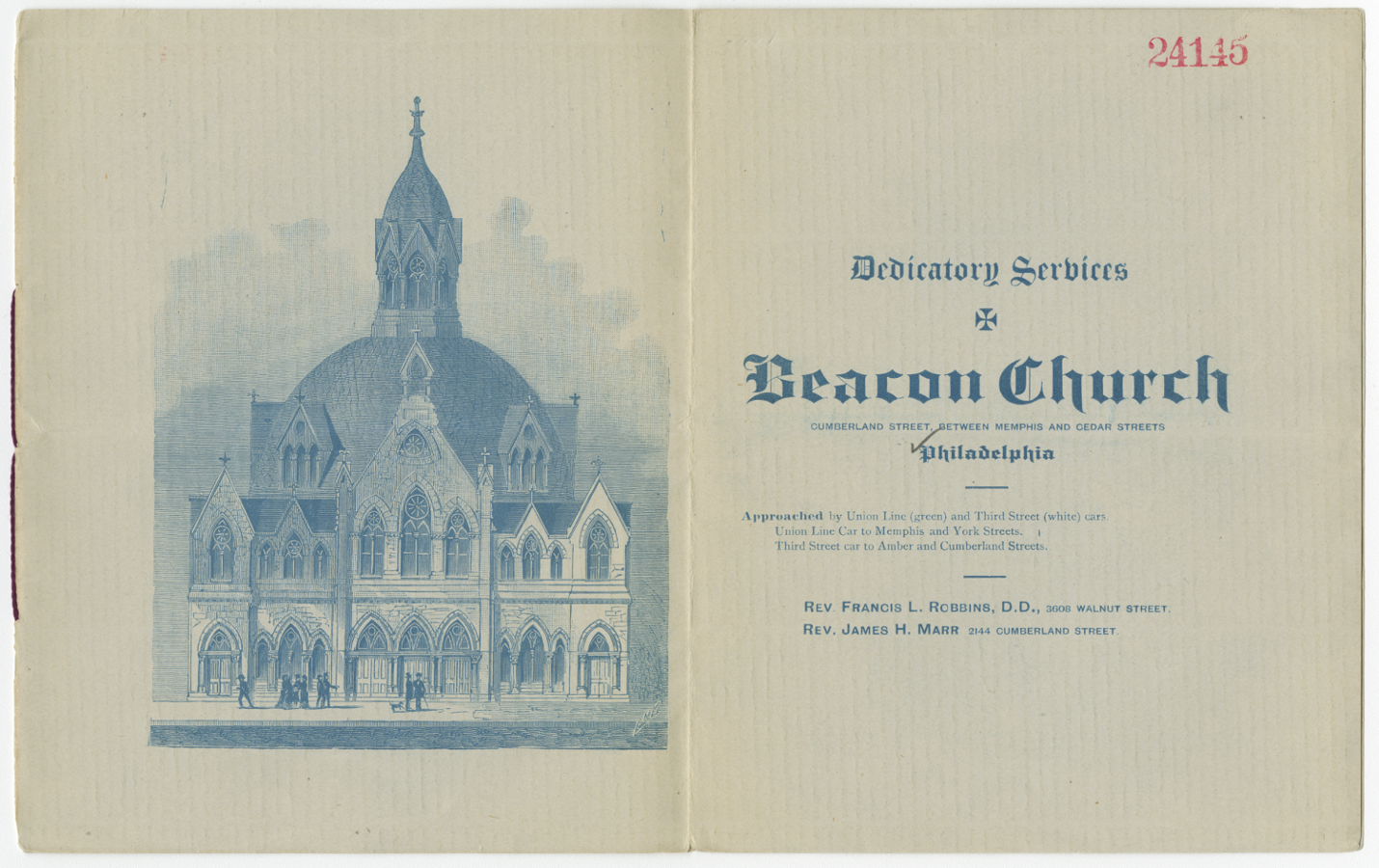 Following the rapid expansion of the stylish Kensington neighborhood, the congregation built a new building in 1886 west of the original structure. Beacon’s building was capped by a cupola topping out at 111 feet, visible from Camden. The site included a fellowship hall facing Letterly Street called the Chandler Memorial Building, and a Sunday school known as Disston Hall, where the congregation briefly ran a college. Disston Hall burned in 1920.

In 1935, Beacon’s pastor, John Thwing, allied himself with the Independent Board of Commissioners for Foreign Missions, and organized a fundamentalist rival church to Beacon known as Knox Presbyterian Church. The Presbytery of Philadelphia’s administrative commission on Beacon moved to strike Thwing from the roll, not for leading the church into schism, but for “skinning the cat on the strap bar of a trolley car,” for “eating apples in public,” and “other erratic things.” Beacon, though diminished by the Great Depression and schism in the church, survived. Hurricane Hazel in 1955 damaged the main church building beyond repair, and the congregation moved into the fellowship hall, set back from Cumberland Street. The congregation joined the Kensington cluster in 1973, and was dissolved in 2011. 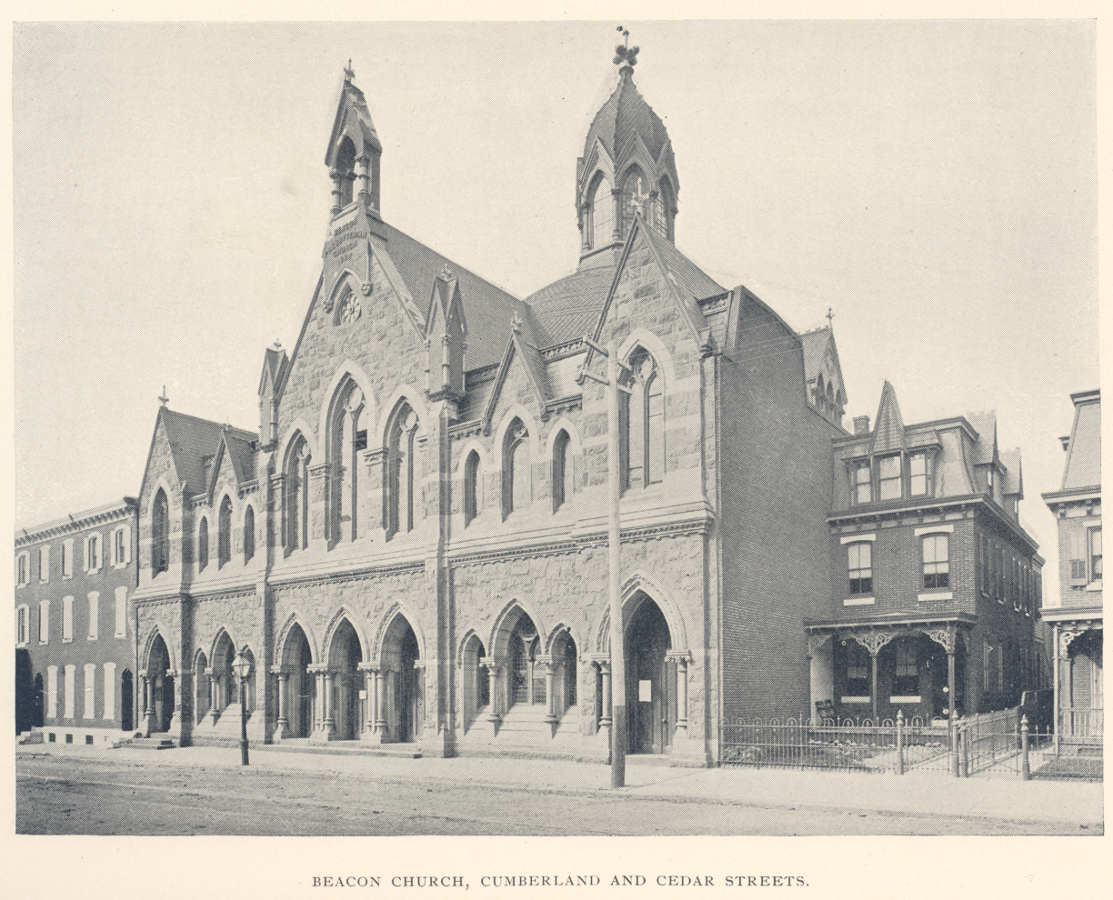 Beacon Church, Cumberland and Cedar Streets. [From: "The Presbyterian Church in Philadelphia: a camera and pen sketch of every Presbyterian church and institution in the city. " William P. White and William H. Scott. (Philadelphia : Allen, Lane and Scott), 1895, p. 146]

New mission work in the neighborhood began in the old church building at the end of 2011, and a new church development known simply as Beacon was organized in 2012, reaching out to the neighborhood through arts and storytelling. Its worship service, known as the Parable, began the next year. One of the PC(USA)’s 1001 New Worshiping Communities, Beacon currently maintains three after-school programs, an open art studio, and weekly worship.

As the national archives of the PC(USA), we occasionally have the opportunity to help new church developments preserve documentation of their ministry. Is there an NCD near you that's doing extraordinary work? How do you document it? Give us a call, send us a message, let us know about it!