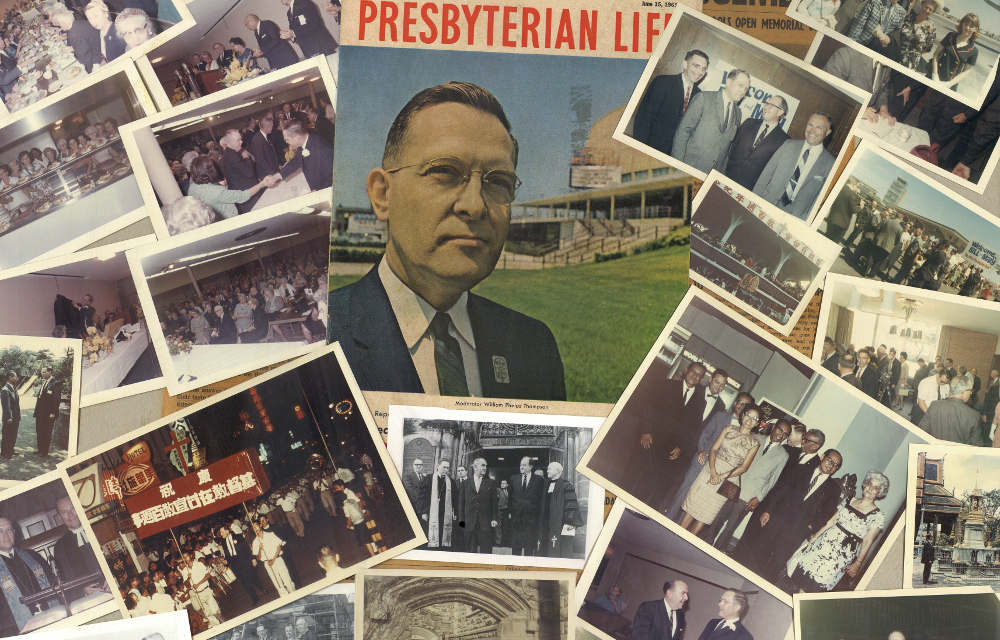 William Phelps Thompson, the Kansas lawyer who was elected Moderator and then Stated Clerk of the General Assembly, was not noted for admitting error. However, in an October 15, 1991 letter, he publicly acknowledged having changed his mind on a contentious issue on which his earlier position had been critical.

The 1978 United Presbyterian General Assembly, meeting in San Diego, received the report of the Advisory Council on Church and Society's Task Force to Study Homosexuality, submitted after two years of work initiated by overtures from two presbyteries asking for definitive guidance regarding the possible ordination of candidates of homosexual orientation and practice. The work of the Task Force had been paralleled by an intense organizational and lobbying campaign by sectors of the Church opposed to that possibility, including efforts to elect sympathetic commissioners and then elect them to the Assembly Committee that would deal with the report. 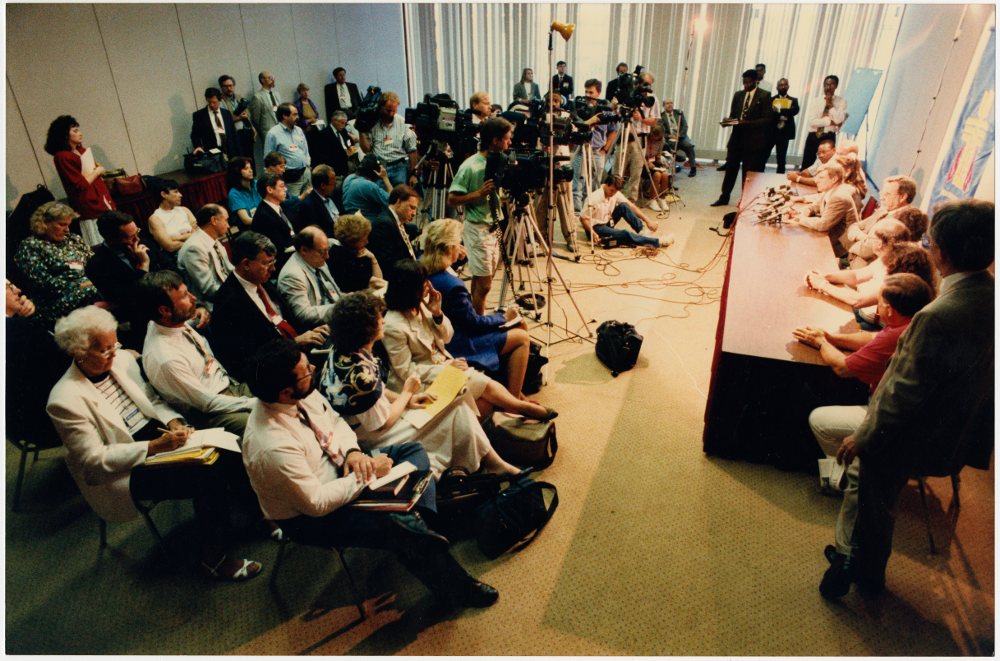 In his 1991 letter, Thompson noted that "In the widespread debate that preceded the action of the United Presbyterian General Assembly in 1978, I was asked my own position on the matter and I supported the position ultimately taken by the General Assembly." In other words, he was on the public record as personally being opposed to such ordination. The Task Force submitted a majority report that found no scriptural, theological, or constitutional barrier to the ordination of otherwise qualified candidates, and a minority report opposing such ordination. The Rev. Dr. Thomas Gillespie, then a pastor in California and later the President of Princeton Seminary, presented the report and recommendations of the Assembly Committee concerning ordination. The Committee recommended and the General Assembly adopted "definitive guidance" as urged by the Task Force minority: "that unrepentant homosexual practice does not accord with the requirements for ordination as set forth in the Form of Government...."

However, Dr. Gillespie assured the Commissioners that they were voting to recommend "guidance," not lay down the law: "We recommend that this Assembly offer no less but no more than has been requested. When your son or daughter comes to you and asks for guidance, you should not respond by laying down the law. We propose, therefore, that this General Assembly not exercise its right to render a constitutional interpretation.... We believe that this recommendation...will provide this policy statement with more 'staying power' throughout the church than one which unnecessarily calls into question the constitutional rights of the presbyteries in the ordination process."

Later in the summer of 1978, when asked by a presbytery to clarify the meaning of the "definitive guidance," Stated Clerk William P. Thompson, in his official capacity as the interpreter of actions of the General Assembly, ruled that the General Assembly had in fact done what they were assured they were not doing--render a binding constitutional interpretation. He thus set the terms for the Presbyterian Church's struggle over this issue that would last for almost four decades, as his ruling was upheld by subsequent General Assemblies and later codified in an addition to the Form of Government.

Without acknowledging his role in creating the situation that manifested in 1991, Thompson states that " The situation today is simply that only one class of persons is prohibited from holding office in the Presbyterian Church (U.S.A.). This result was apparently not intended by the 1978 Assembly Committee." In his 1991 letter, immediately following the sentence noting the position he held in 1978 which is quoted above, Thompson wrote: "I have changed my mind and now support the present overture. " He noted three reasons for the change: new understanding of Biblical interpretation, recent developments in behavioral science, and the loss of leadership to the Church.

Though Thompson does not acknowledge such, it seems fair to infer that his decision in 1978 to ignore the legislative history of the General Assembly action and convert guidance into law was motivated more by personal homophobia than constitutional standards. Thompson's change of mind was accompanied by a change of behavior. He became an active advocate for ordination. I was honored to stand with him in front of the centers where General Assemblies were meeting as he wore a rainbow stole and carried a sign urging action to ensure that "All God's Children May Freely Serve."

--Dean Lewis is a Presbyterian minister and activist. From 1968 to 1988 he was director of the PC(USA) Advisory Council on Church and Society. Dean organized the Presbyterian Cuba Connection, a mission network to the Presbyterian and Reformed Church of Cuba, in 1996.