Highlights from the RNS Digitization Project 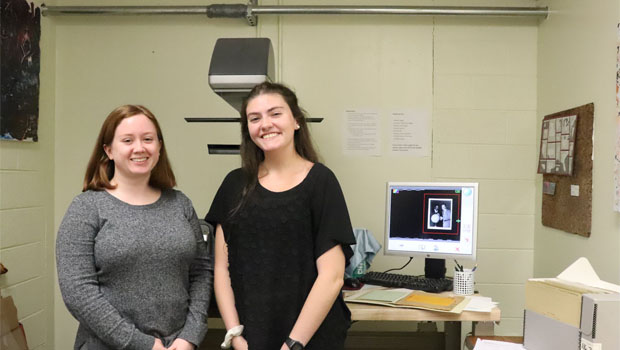 In 2018, the Presbyterian Historical Society received a National Endowment for the Humanities (NEH) Humanities Collections and Reference Resources grant. The grant funded a planning project for the future digitization and sharing of photographs from the Religious News Service (RNS) collection, one of the first news outlets to report about religion across faiths and denominations. The historical RNS photographs—most with extensive captions—document the history of Protestant, Catholic, Eastern Orthodox, and Jewish groups in the United States during the twentieth century, as well as the intersection of religion and politics, society, and culture in the United States and abroad. The photograph collection held in Philadelphia includes 68,000 images dating from 1945 through 1982. My colleague – Cecilia Figliuolo – and I, Allison Davis, had the great pleasure of participating in the digitization phase of this pilot project. 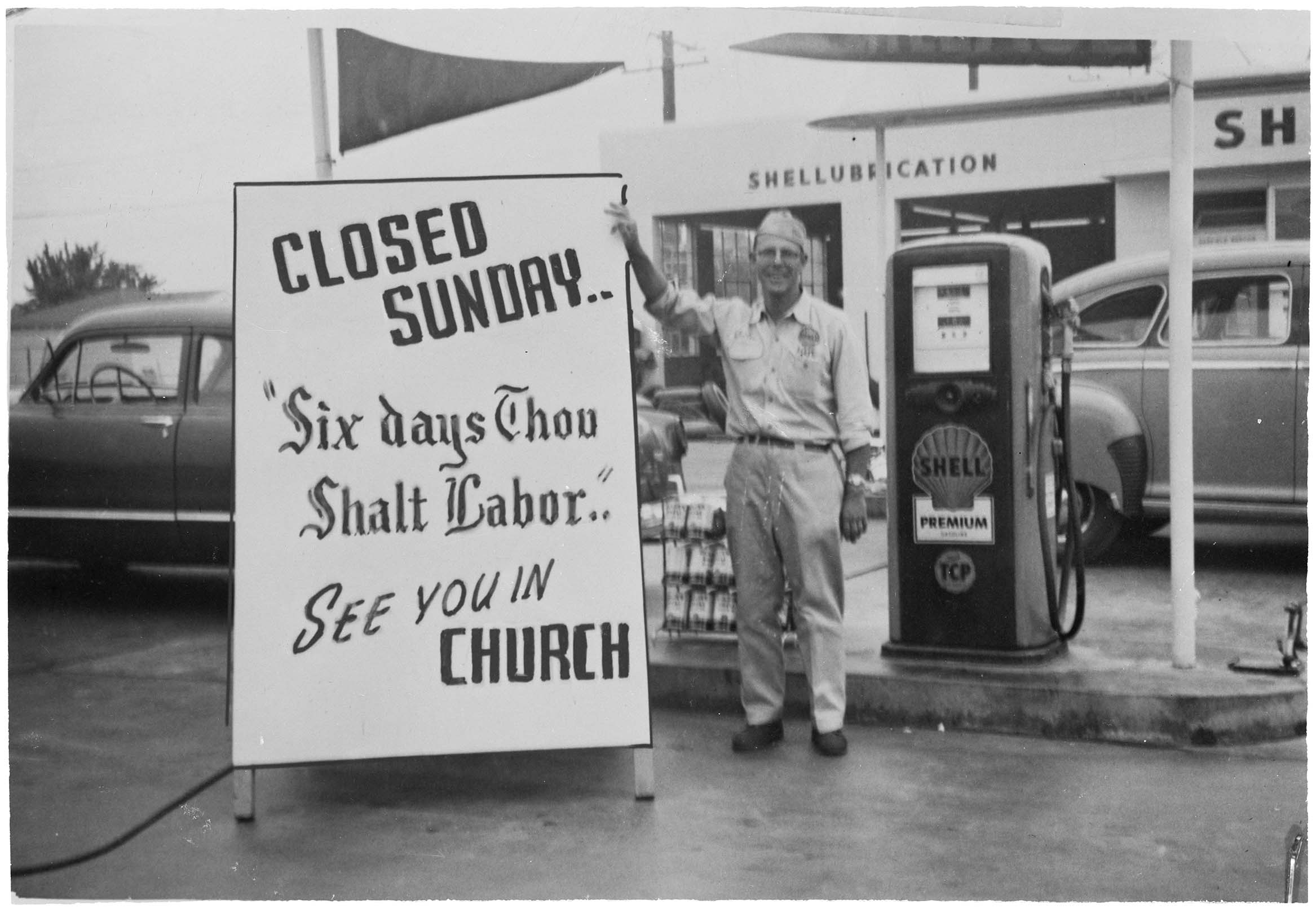 Cecilia and I scanned a total of 493 images sampled from five years across five decades: 1948, 1955, 1965, 1971, and 1980. Previously a panel of experts – including PHS’s own Beth Hessel, Nancy Taylor, and Natalie Shilstut – had determined which images to digitize using a five-point, three-tier rating system that evaluated a photo’s historical significance, physical condition, and documentation quality. Some images had accompanying documents related to the pictured subject, such as press releases, newspaper clippings, and correspondence. We digitized those textual resources as well, because they provide researchers with further historical context. One example of this is an image related to Raoul Wallenberg Day, a Swedish holiday honoring the legacy of a man who dedicated his life to Jewish people in Nazi-occupied Hungary. The accompanying materials for this photo include a summary of the Raoul Wallenberg’s case, a letter announcing observance of the holiday, and a Swedish radio interview with Abraham Kalinski, who claimed to have been in the same prison as Wallenberg. 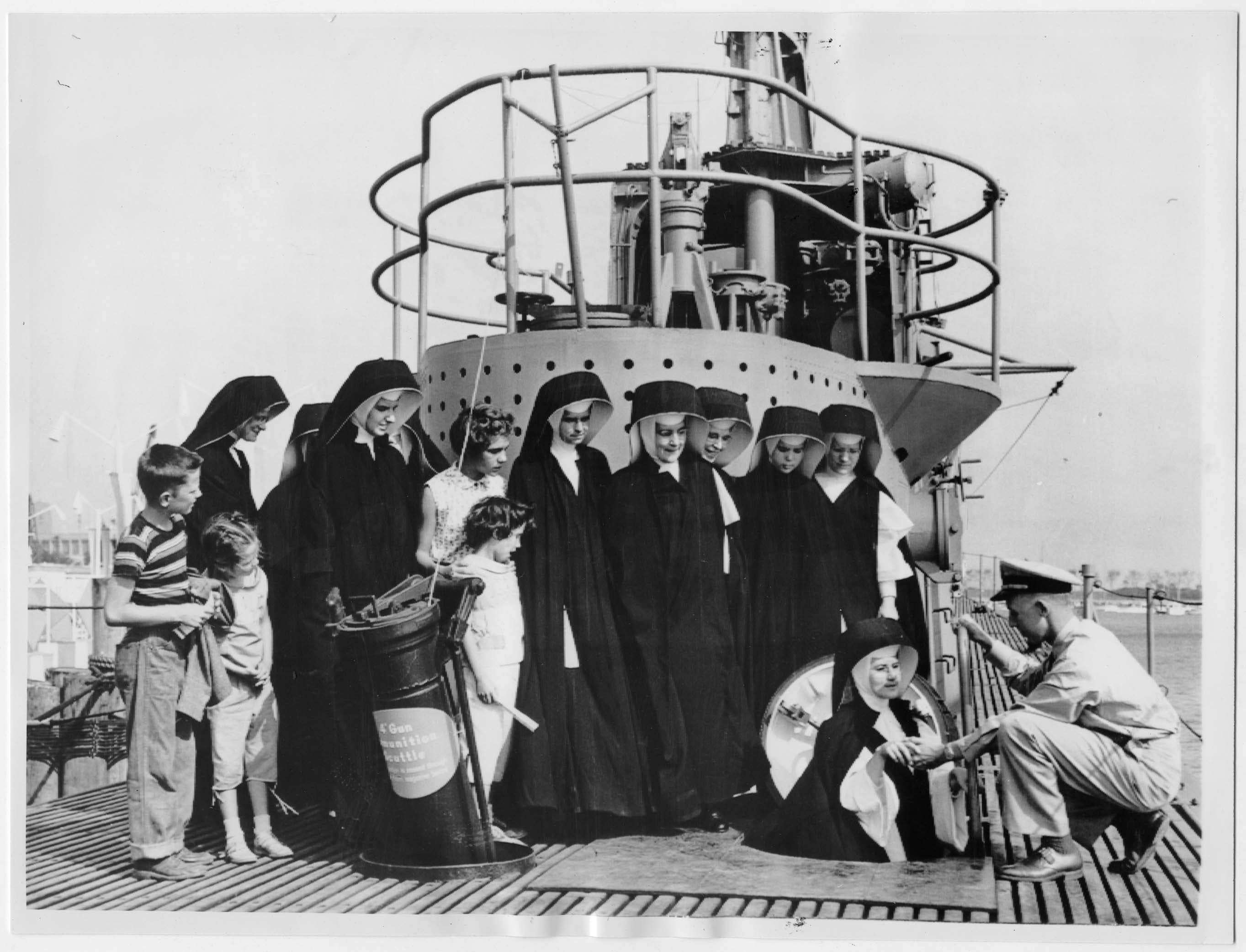 After scanning and creating item-level descriptions for each photo over a five-month period, we were thrilled when all the newly digitized RNS images were made available to the public via Pearl, our digital archives. Helping with that work was Gabriela Zoller, the Cataloging and Metadata Librarian here at PHS.  While working with the 493 images, we uncovered some humorous photos – including an unexpected subgenre of Catholic nuns participating in activities such as shooting with bows and arrows, coaching pee-wee league football, and riding bicycles in the park. Other digitized images were violent and hateful in nature – such is the example of a photograph of “Hitlerfest,” a demonstration sponsored by neo-Nazis and the Ku Klux Klan.

One pattern Cecilia and I noticed was that the content of RNS’ news coverage shifted over time. Much of the earlier RNS material – specifically from 1948 and 1955 – was less overtly political or controversial. In addition, that earlier coverage focused on the Catholic Church more than other denominations. As time progressed, the organization photographed heavier and more graphic historical events such as the aftermaths of bombings and riots. This forced us as a staff to rethink the way we displayed sensitive material in Pearl. We wanted researchers to be able to discover and utilize such photographs, but also to receive advance warning about the photographic content. Partly as a result of this, we are crafting a new policy for displaying graphic images in Pearl, which will restrict access to the public, but allow researchers to view the full image description and any related materials. Anyone who is interested in accessing the image will be able to do so simply by contacting our reference staff. 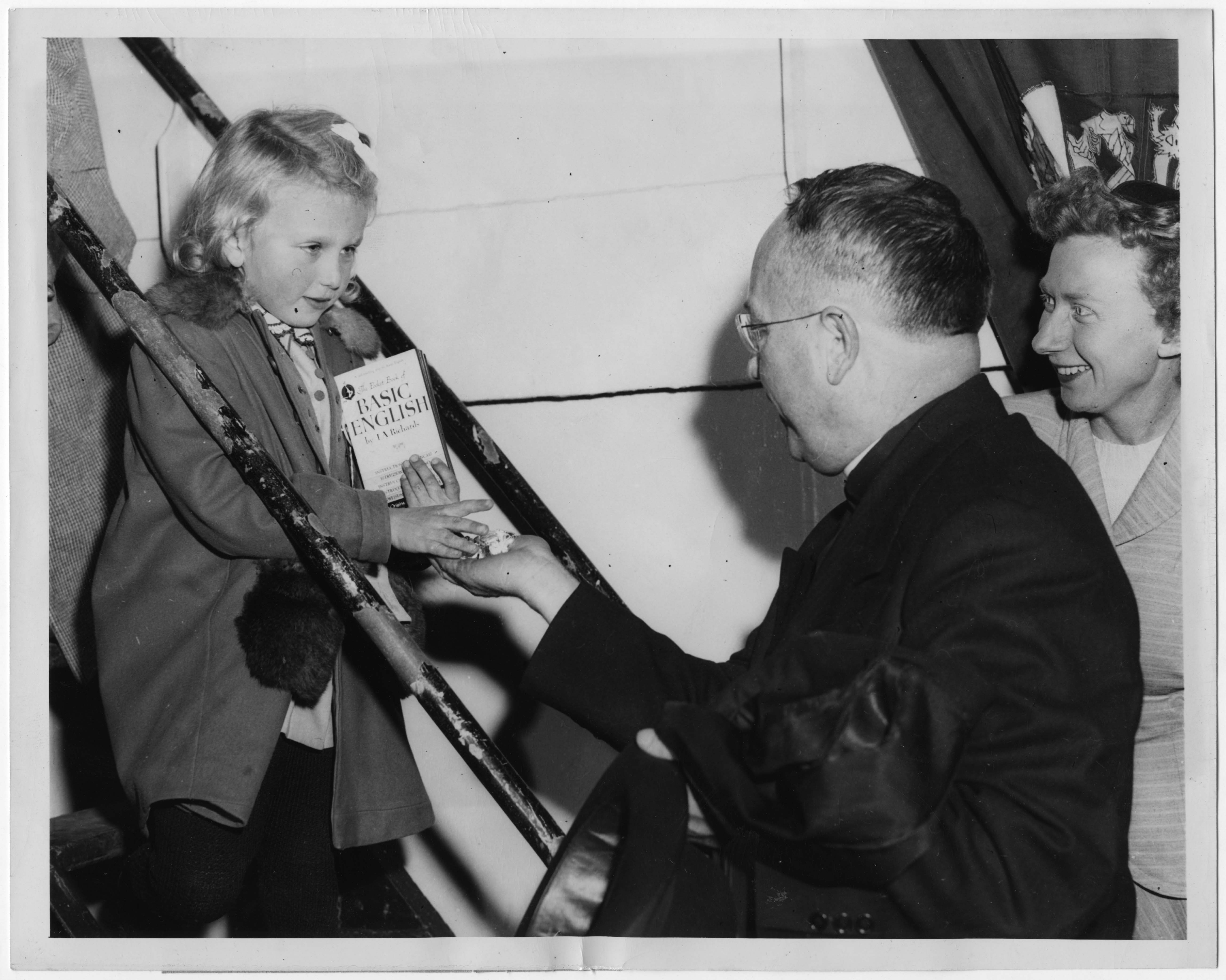 While digitizing images for the pilot project, we encountered some recurring subjects, such as the documentation of refugees. Such images, which vary depending on the year, illustrate how different religious communities and countries responded to the needs of recently displaced persons. For example, the 1948 photographs primarily focus on refugees from Europe after World War II. They range from Europeans arriving in America after a newly passed immigration bill to displaced children in Germany receiving food from a Protestant relief organization. Other photographs depict refugees from other parts of the world, such as Cuban refugees settled in Florida with the help from the Southern Baptist Church.

Another recurring topic was the rise of communism in various parts of the world. We digitized photographs of religious leaders who were recently released from communist countries, including Bishop Alfonso Maria Corrado Ferroni, O.F.M., who was held in captivity in China for over four years. We also encountered photographs that depict the reaction to communism in America, including a flag-burning protest in New York City and a Fordham University radio program that pondered the question: “Should American schools teach students about communism?” 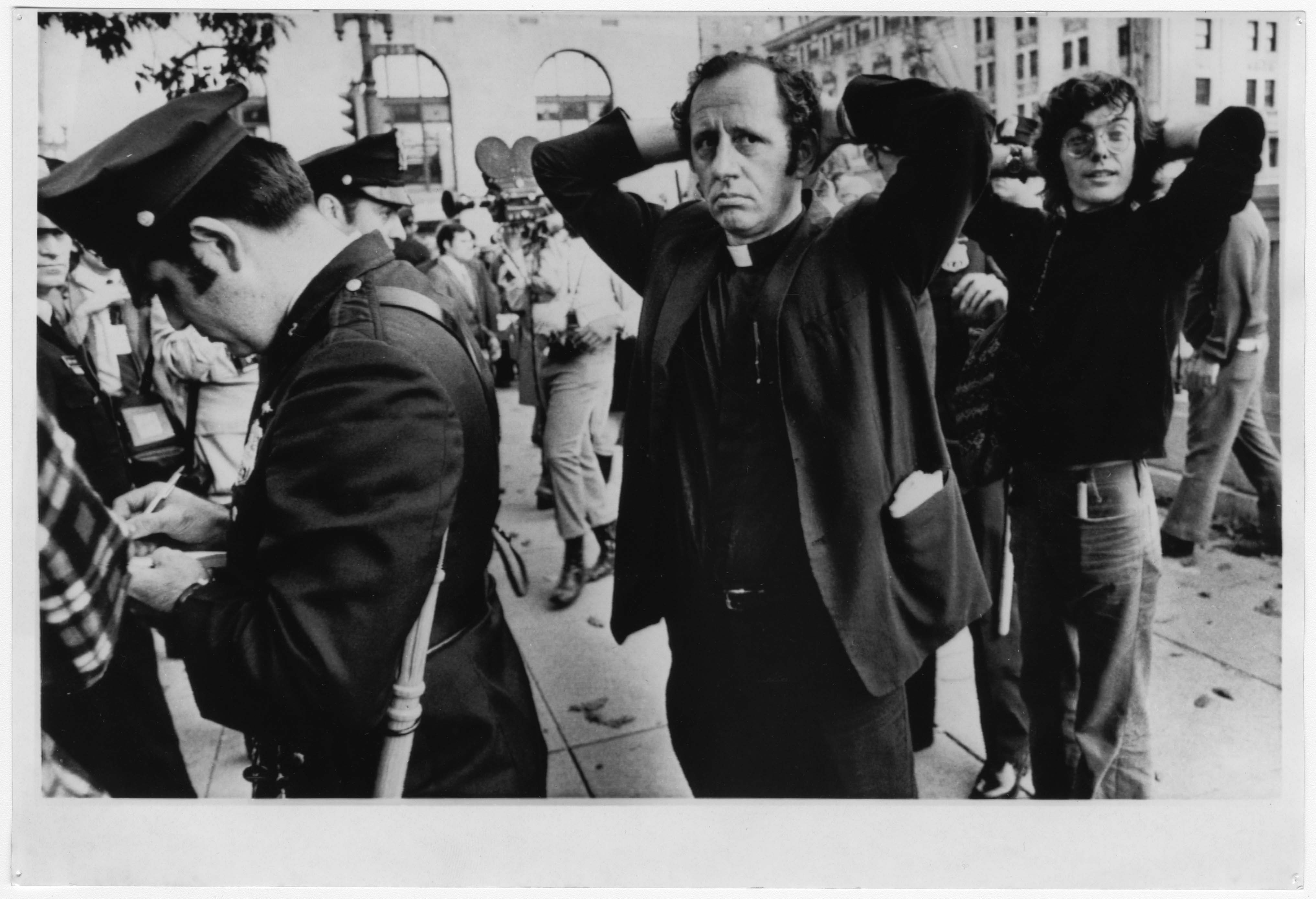 The RNS photographs we digitized represented a broad range of societal conditions and issues in the twentieth century. We encountered images of compelling social reformers and movements, such as the massive group of 25,000 people – mostly women – marching to advocate for the Equal Rights Amendment in Chicago. Whether a demonstration was to protest the Vietnam draft or celebrate Earth Day, the RNS image collection captured powerful history in the making through its photographs.

Because the Religious News Service’s mission was to address both a religious and secular audience, its photographs often presented multiple sides of highly contentious issues. We digitized photographs that support both pro-Israeli and pro-Palestine campaigns and images highlighting pro-life and pro-choice supporters. There’s even a set of photographs of two opposing protests happening on the same day on opposite sides of the Capitol Building. One image focuses on the “pros” of women’s right to choose and the other illustrates the “cons.” 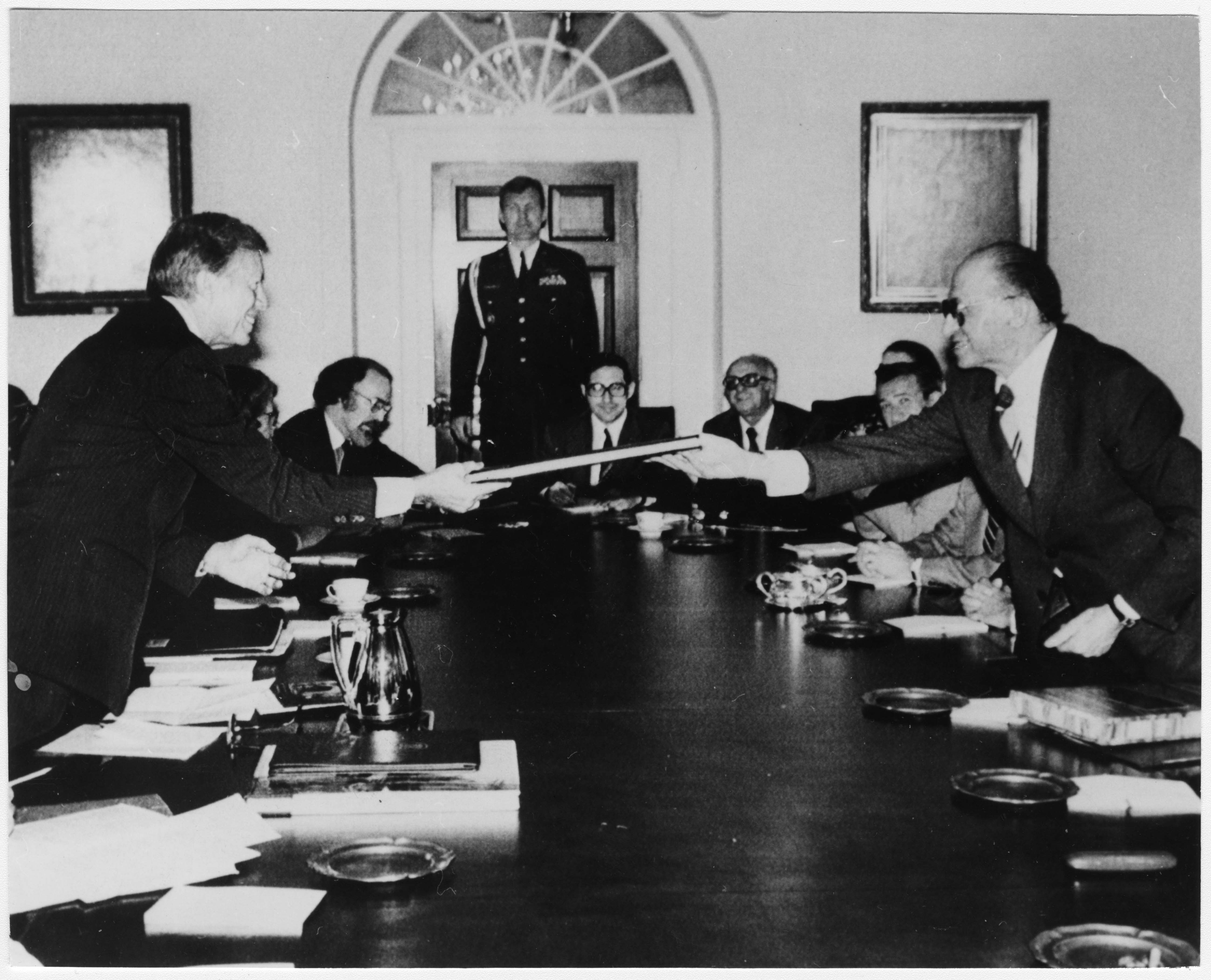 In the same way that the RNS photograph collection documents how religion and society interacted, it also highlights how church and state were in conversation with one another. Various U.S. and world leaders were photographed besides faith counterparts, including President Lyndon B. Johnson with his spiritual adviser and friend, Billy Graham; Guatemalan President Carlos Castillo Armas with Archbishop Francis Spellman of New York; and Fidel Castro with Cardinal Raul Silva Henriquez of Chile. 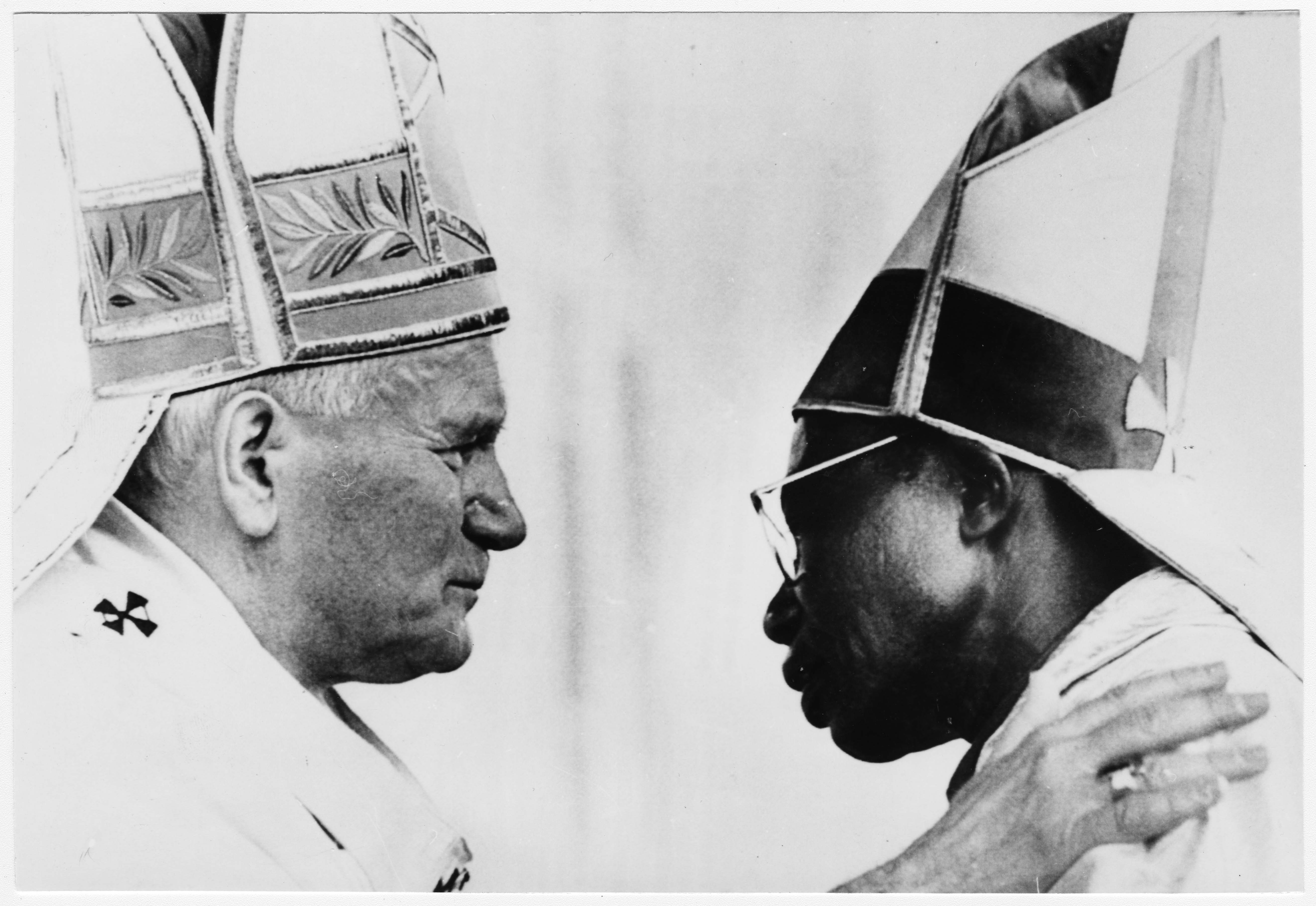 The photographs we digitized also traced the stories of multiple Catholic popes throughout the century. Some images capture private moments, such as Pope Pius XII holding his pet bird at his home. Others chronicle official papal acts, such as Pope Paul VI pleading for a nuclear ban in front of a crowd or Pope John Paul II meeting with leaders from the American Jewish Congress.

One interesting component of the RNS photograph collection is that it does not solely reflect massive or prominent congregations such as Notre Dame Cathedral in Paris. Instead, the collection contains numerous examples of faith occurring in unlikely places – such as the Wieliczka salt mine in Poland, “Our Lady of the Skies” inside New York International (now J.F.K.) Airport, or a church made of bamboo in New Guinea that was used by American sailors. We also encountered a heart-warming image of America’s smallest congregation at the time, Zion Methodist Church in Illinois, which recorded having three members. 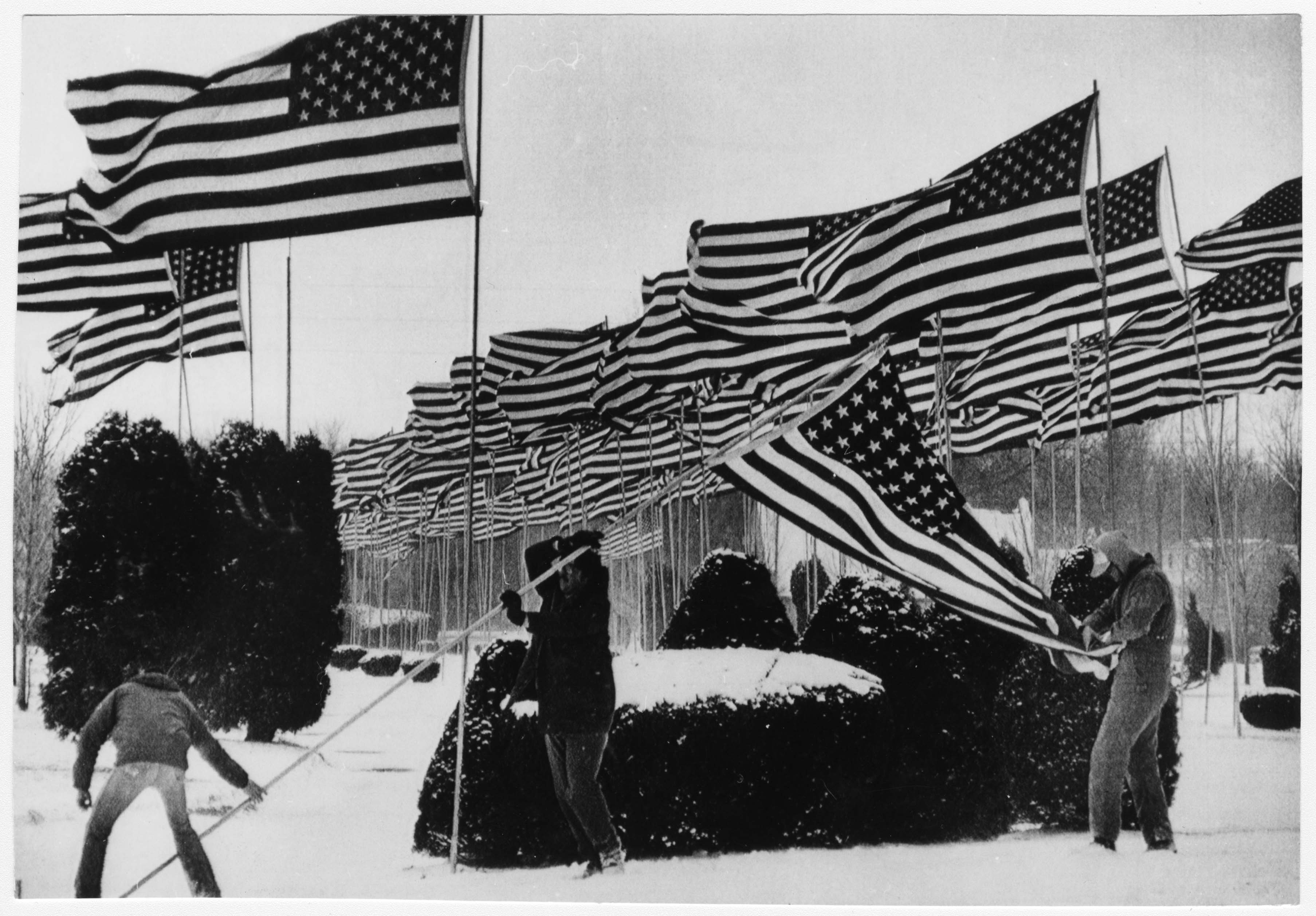 Cecilia and I glimpsed many familiar faces during our work, ranging from Mother Teresa to Richard Nixon to 1970s teen heartthrob David Cassidy to heavyweight-boxer-turned-evangelist George Foreman. We even encountered a Presbyterian Historical Society favorite, Pearl S. Buck, who PHS named our digital archives after. Another favorite of ours is a photograph of clergymen blessing animals at the 1965 World’s Fair.

As much fun as the RNS photograph collection can be, it’s also a remarkable visual record that helps trace a transformative period in religion, culture, politics, and society in the United States and around the world. All of us at PHS are extremely grateful for the opportunity provided by the NEH to share images from this fascinating historical photograph collection with the public. You can view them now, or at any time, in Pearl.