Our Work in the Archives, Fourth Quarter 2019

Courtenay Willcox and Greg Klimovitz from the Presbytery of Philadelphia, RG 525 records, attendees at the BKBB dinner, Fall-Winter 2019.

Here are some highlights of our work in the tail end of 2019!

In the fourth quarter we had 143 research visits, bringing us to 924 for the year; this marks the fourth straight year of dramatically increased use of PHS's resources, representing 144% of our 2015 workload. 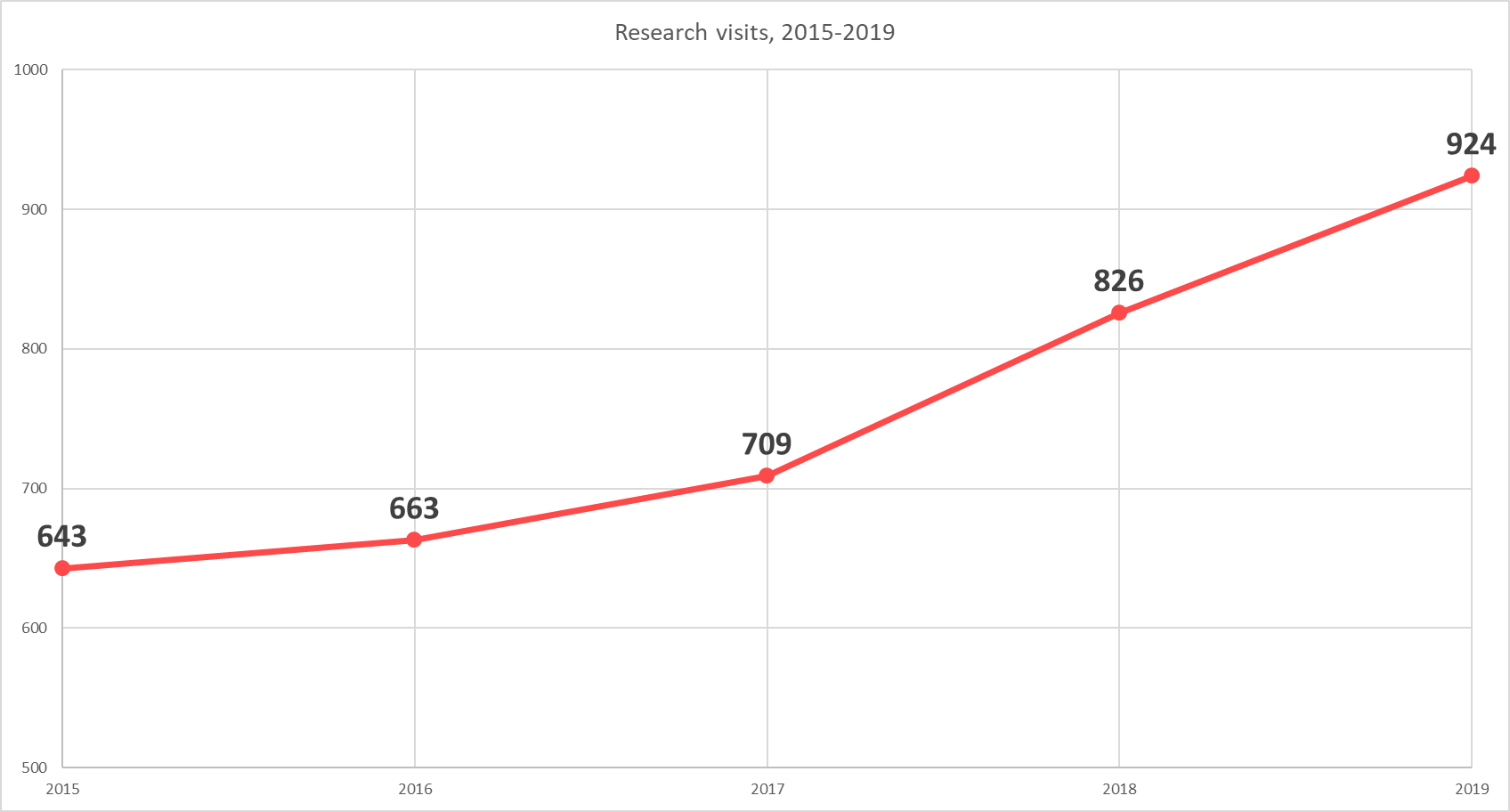 Among our building visitors in November were Dr. Cheol Seung Kim and colleagues from the Presbyterian Medical Center (also called Jesus Hospital) in Jeonju, South Korea, who researched the history of their institution and mission work in Korea. 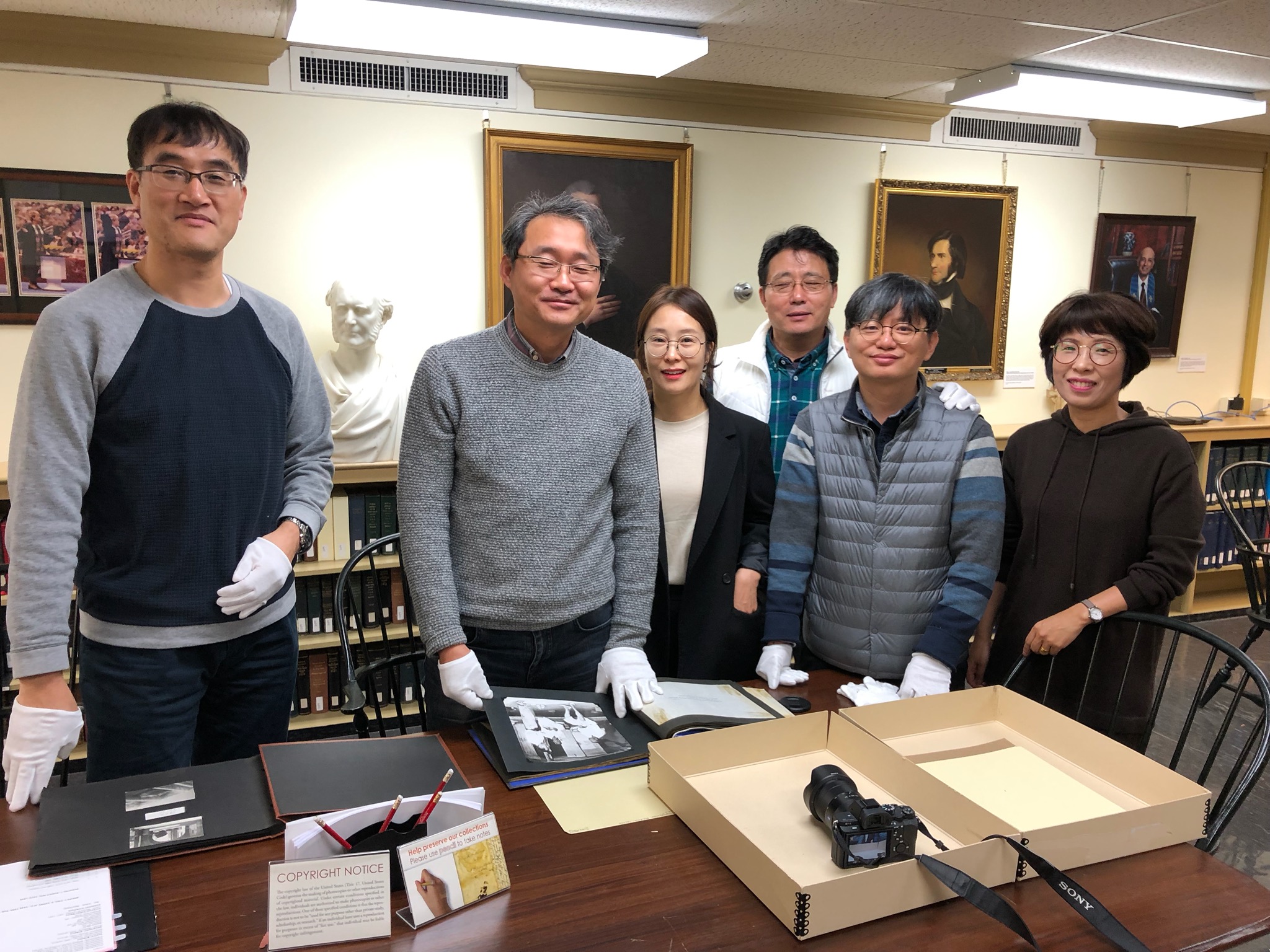 In December we welcomed more than 60 people into our basement meeting room for a dinner celebration of "Building Knowledge and Breaking Barriers: An Archives-Based Learning Project" between PHS and the Community College of Philadelphia. Three professors spoke about their semester-long collaborations with PHS, and students from a fiction class read from their PHS-materials-inspired work, available on our website.

Barry Smith, the historian at Lincoln Park Presbyterian Church (Chicago, Ill.), visited PHS to deliver the David Sindt Papers. The papers include material from the early years of Presbyterians for Lesbian and Gay Concerns. Smith had processed the papers and created an index to the collection that includes his own recollections of the More Light Movement. While he was here, Elizabeth Wittrig was able to interview Smith about his work.

By the end of the year, many hands had contributed to the completion of processing RG 525, Presbyterian Church in the U.S. Division of International Mission photographs. The collection, in more than 22 cubic feet, spans mission work in the 20th century, and includes a tranche of photographs from Iraq in the 1950s and '60s. 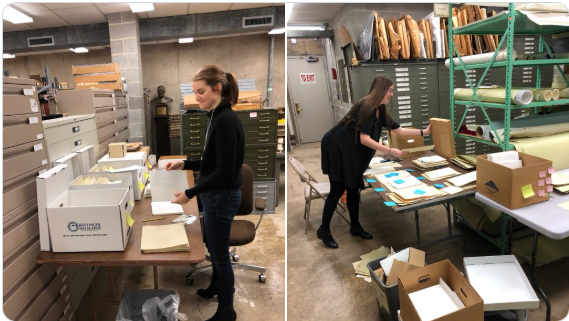 Elizabeth Wittrig and Allison Davis at work on Record Group 525, Presbyterian Church in the U.S. Division of International Mission photographs. 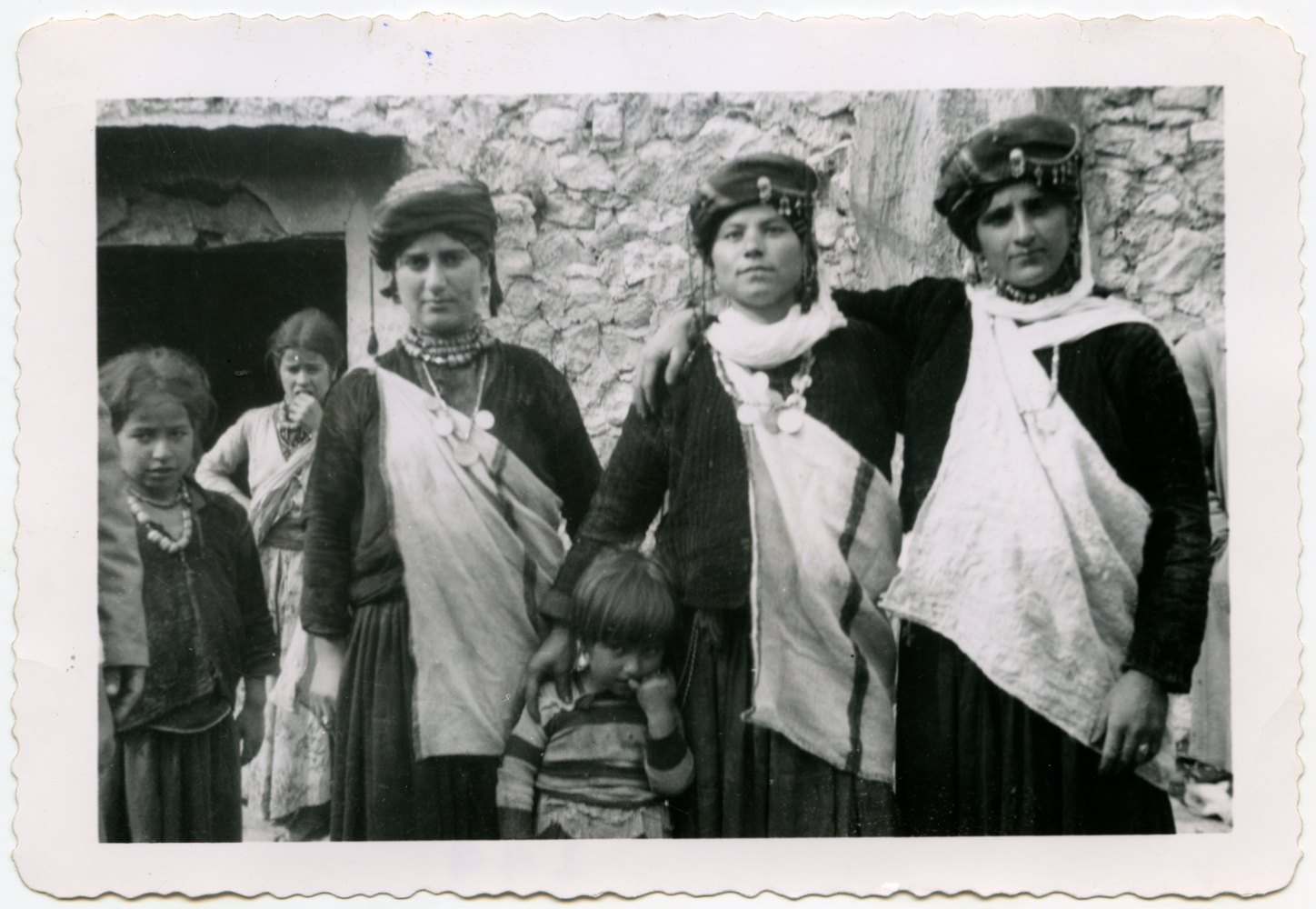 Among other significant personal papers collections we brought in were the records of Amal Halaby Marks, shepherd of Middle Eastern Presbyterian congregations. We're grateful to Ameer and Charles Marks for their faithful stewardship of her materials.

David Staniunas had a busy October on the road, traveling to Detroit to appraise, pack, and ship records from the Presbytery of Detroit and from First Presbyterian Church (Detroit, Mich.) held by Ecumenical Theological Seminary and to attend the 50th anniversary celebration of the Michigan Black Presbyterian Caucus; joining Nancy Taylor, Kim Shiley, and Fred Tangeman at the Mid Council Leaders Gathering in Baltimore, where David facilitated "Technology for the Mid Council" and led the workshop "Archives in the Anthropocene;" and driving between Charlotte, Raleigh, Wilson, and Smithfield, North Carolina, to visit the family of Katie Geneva Cannon and lead workshops for the Administrative Professionals Association of the PC(USA) and for the Presbytery of New Hope. David also joined most of the PHS crew at the Office of the General Assembly staff retreat in New Canaan, West Virginia.

Sonia Prescott and Elizabeth Wittrig traveled to New York City, where they conducted interviews with four pastors, including Bertram Johnson, about the struggle for LGBTQIA+ inclusion in the PC(USA). 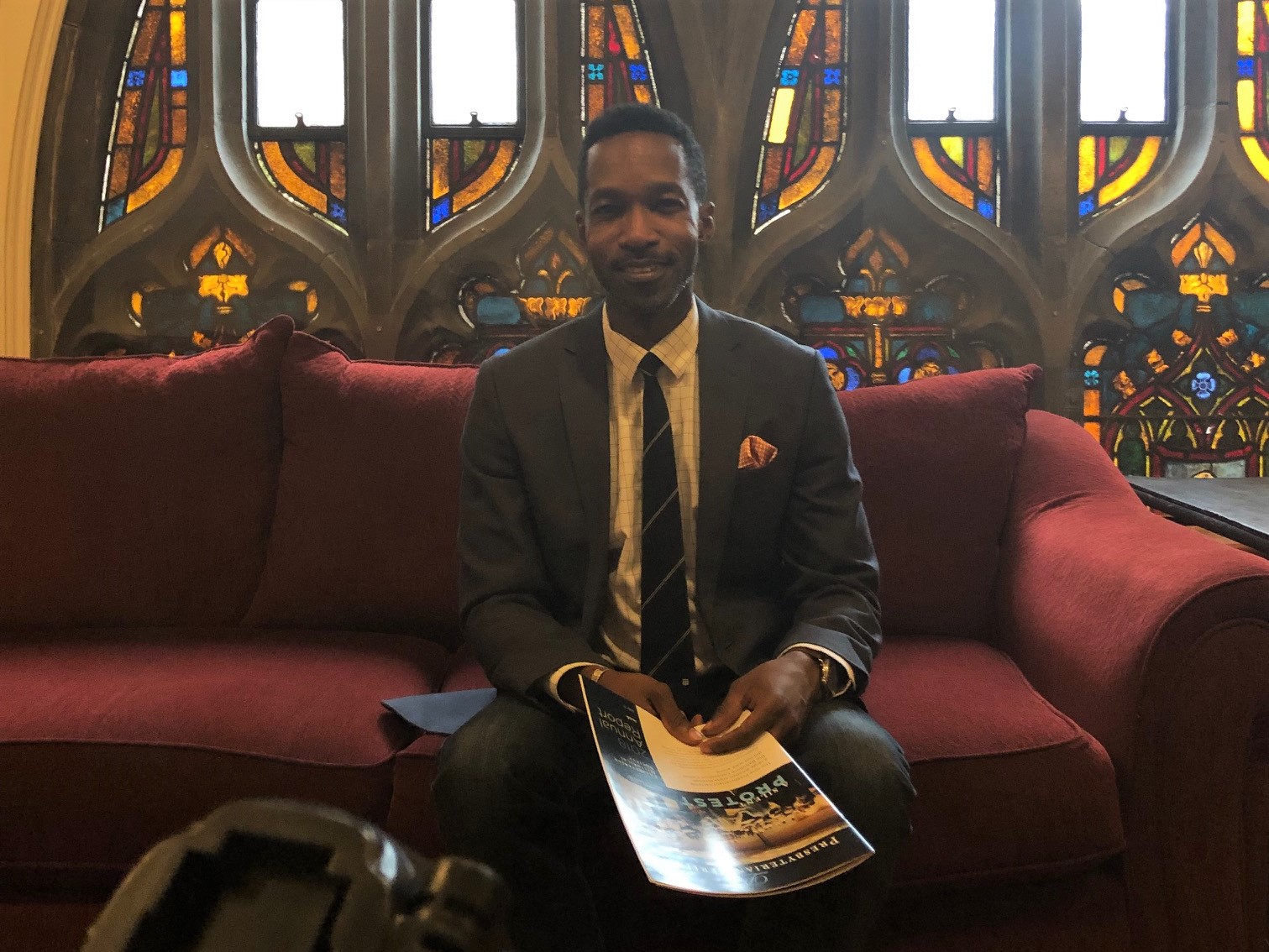 Nancy Taylor attended the 200th Anniversary Celebration of the Presbyterian Outlook in October, along with Fred Tangeman. In November, Nancy presented at the Mid Atlantic Regional Archives Conference in Cambridge, Maryland, on the Religious News Service photo collection in the session “Moving from Negative to Positive: Working Across Disciplines on Large Photograph Digitization Projects.”

During the fourth quarter, we answered questions from 65 PC(USA) congregations, chiefly about depositing and digitizing original records. For 2019, we served 276 individual congregations, many in several interactions over the course of the year. Explore more by clicking our map below. 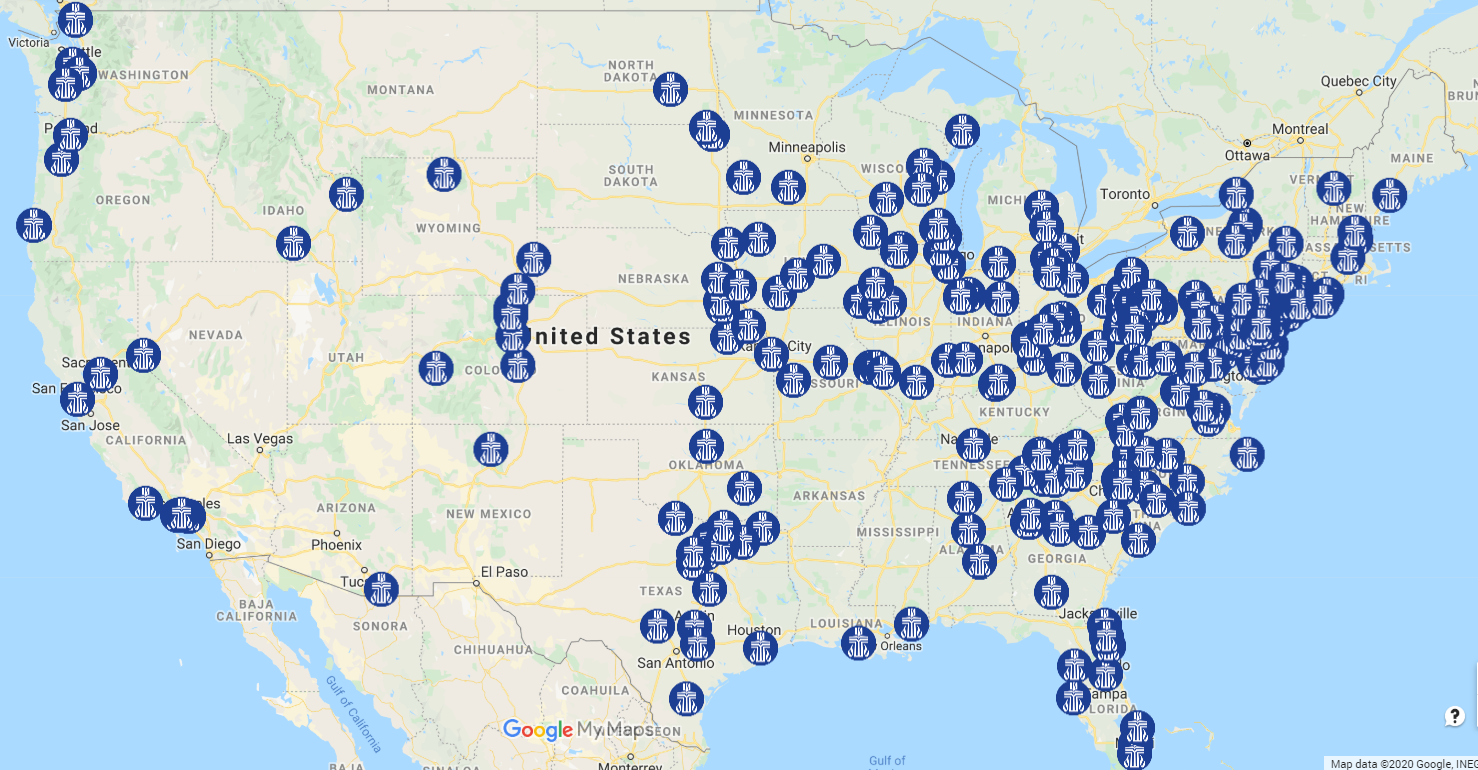 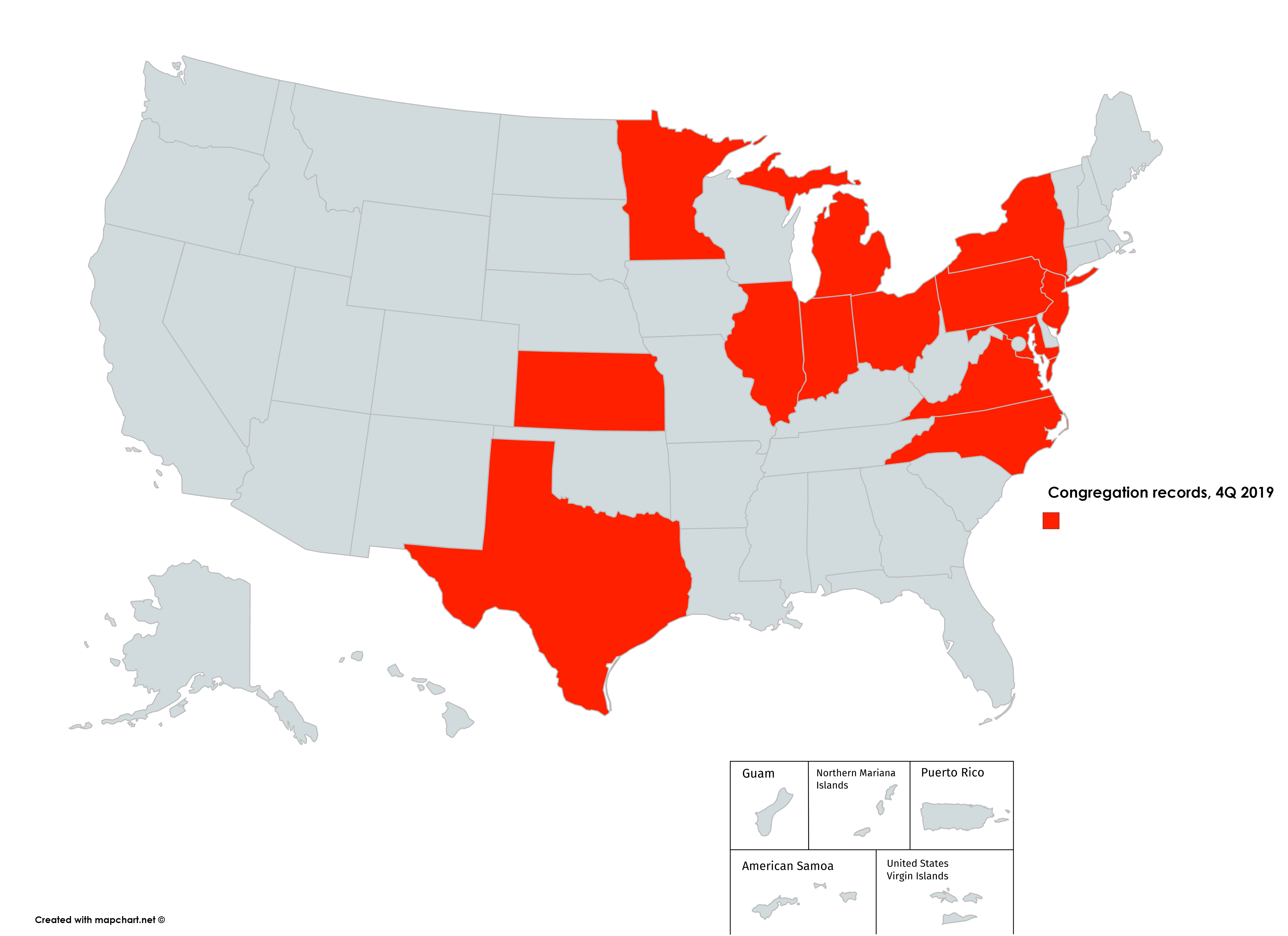 In the new year we look forward to helping the PC(USA) handle its business at General Assembly 224 in Baltimore, to the next steps in our Religious News Service and Community College of Philadelphia projects, and to your continued support of PHS, including our African American Congregations & Leaders and LGBTQIA+ History collecting initiatives. Stay tuned for more news of our work in the archives!

Print
Preserve Your Re... 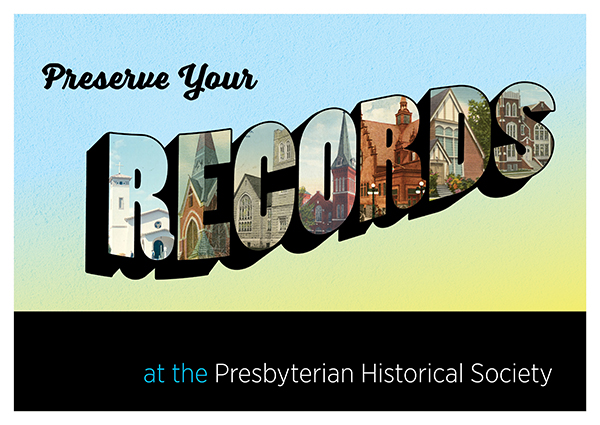