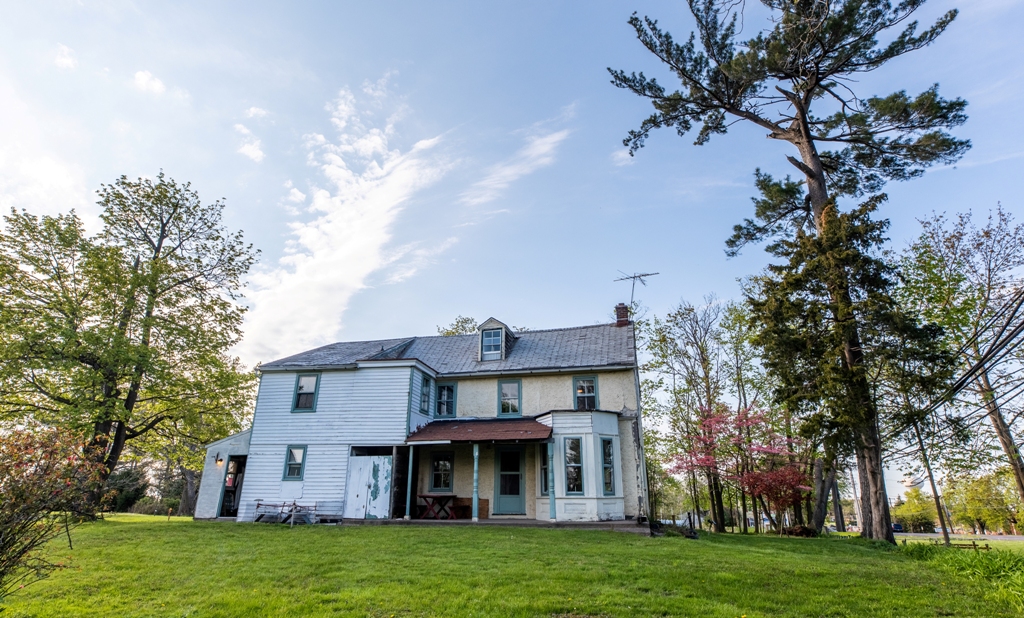 In 1735, the Reverend William Tennent purchased a hundred-acre plantation in Warminster, Bucks County, Pennsylvania. Near his home, he built a log cabin structure for the training of Presbyterian ministers. This school, known as the Log College, became the first college in Pennsylvania. In this rustic building, Tennent educated young men for the ministry. Shortly after his death on May 6, 1746, the doors of this rural school closed.

I’m sure few thought Log College would produce much lasting educational fruit. And yet three centuries later sixty-three colleges and universities can trace their origins to the Log College. One of the most prominent, today’s Princeton University, received a charter on October 22, 1746. Several Log College graduates were instrumental in establishing that world-famous school.

With the help of historic preservationist Jeffrey Marshall of the Heritage Conservancy in Doylestown, Pennsylvania, and timber framers Michael Cuba and Dale Emde, those of us at the William Tennent House Association, a nonprofit 501(c)3, plan to restore Tennent’s house—a property closely associated with the Log College. Once restoration is complete, tours of the house and a library will be open to the public. We plan to share with the community and school students the importance of William Tennent and the Log College.

Extensive research on the William Tennent House and property point to this location as the residence of the Tennent family. Although the home has been altered and changed through the years, preliminary evidence shows that the east and west stone walls date to when the Tennents lived there. Michael Cuba sent core samples of wood from the house to the Oxford Dendrochronology Lab in Oxford, England, for dating purposes. A Princeton source from the early 20th century indicates that when the Log College came to ruin, structural materials from that building were used in the rebuild of the house. Ultimately, the information we gain from the dendrochronology study will depend on the integrity of the type, condition, and location of the wood as it relates to the overall physical evolution of the house. 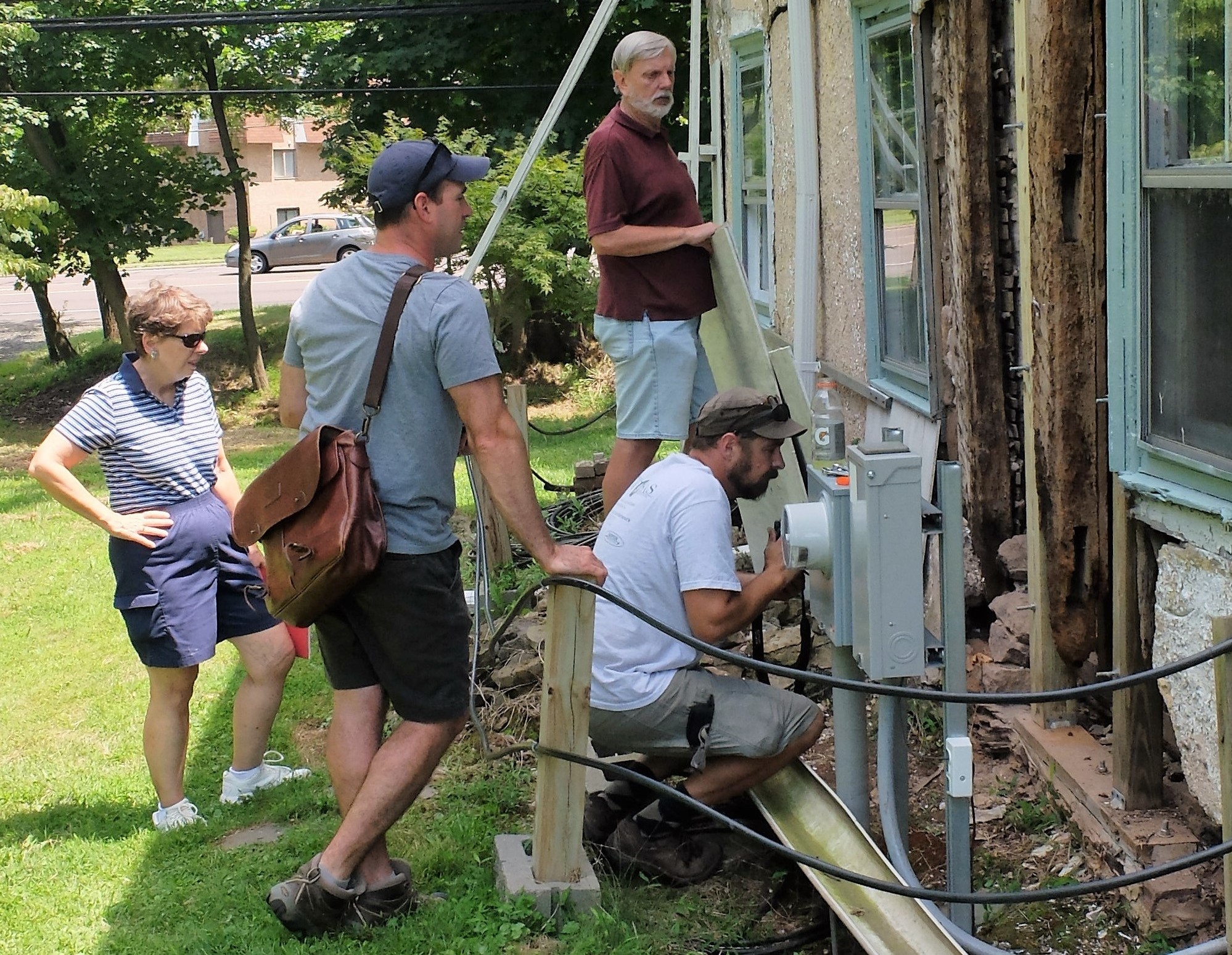 The north wall of the house and the roof need stabilization, work which we must raise $30,000 to carry out. Eventually, we plan to attain eligibility for the National Register of Historic Places, so that we can apply for large grants that can be used on the entire property. Once that is done, additional investigations such as Ground Penetrating Radar and archaeology will be conducted to complement documentation and the dendrochronology results. This information will hopefully create a revealing and comprehensive picture of the changes that took place with the house, as well as the activities of its occupants over the centuries, which in turn will help us determine the best plan for restoration.

In August of 2011, the previous owners targeted the William Tennent House for demolition. With the help of God and local newspaper coverage, a group of dedicated volunteers saved the historic home from the wrecking ball just two weeks before the scheduled destruction. If we hadn’t stepped up, this historic house would have been lost forever. 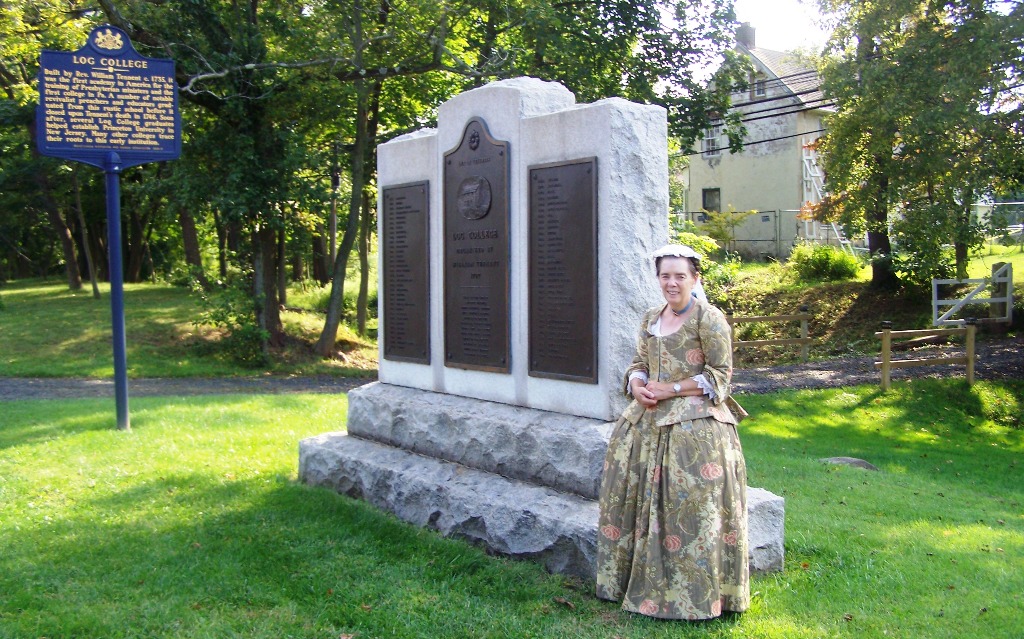 The author dressed as Catherine Tennent, wife of William, in front of Log College historical markers.

We must not let our historic Presbyterian treasures fall to ruin and neglect. It’s important to keep our history alive for future generations in all of our communities.

I invite you to check out our website at www.williamtennenthouse.org and Facebook page: William Tennent House. Anyone wishing to help is invited to email us directly at friendsofthetennenthouse@yahoo.com.

--Wendy Wirsch is President of the William Tennent House Association and church historian for the Neshaminy-Warwick Presbyterian Church. She lives in Warminster, PA.

More from PHS about William Tennent and the Log College:

Guide to the William Tennent Papers

More Than a Log College: Clergy Education and the 18th Century Presbyterian Revivals

Print
History of the P...