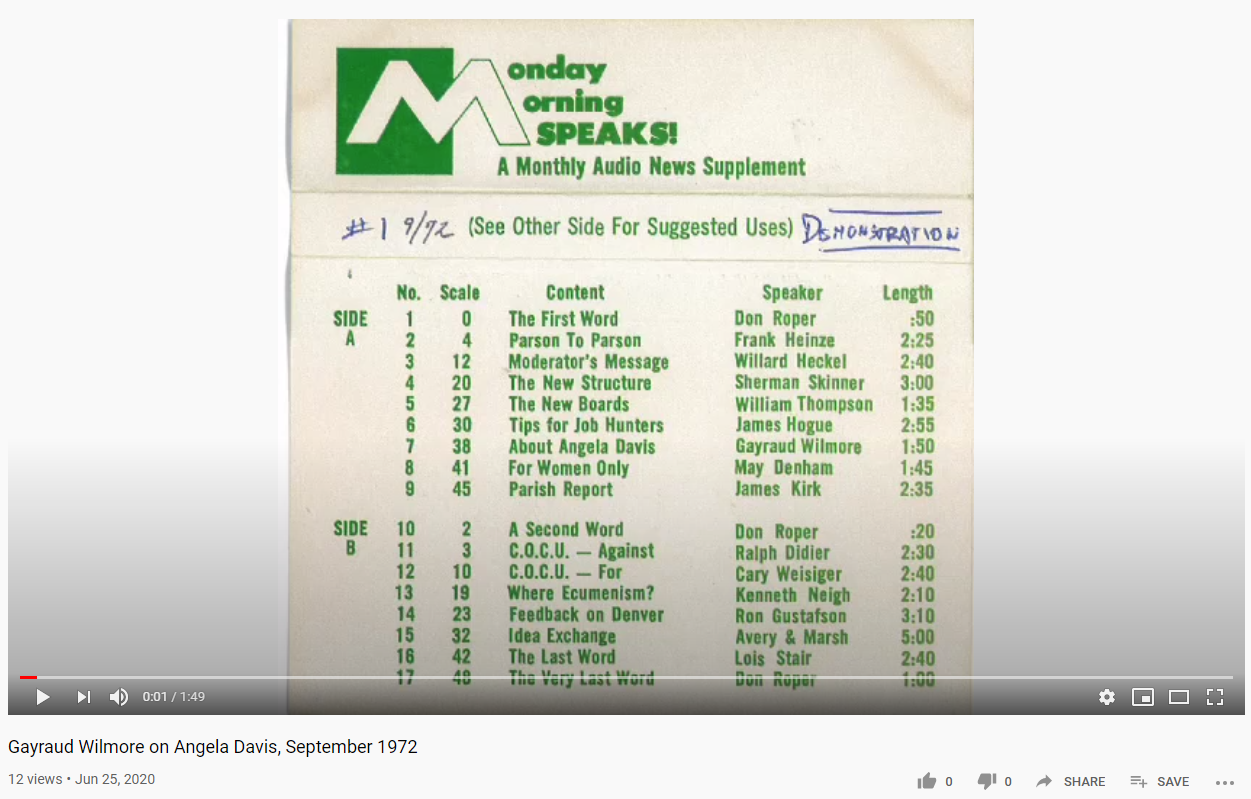 In 1970 the UPCUSA Council on Church and Race issued a $10,000 grant to the legal defense fund of Angela Davis, occasioning a furore inside the denomination that many Presbyterians remain reluctant to mention out loud to this day. In light of the tumult, a group of Black ministers contributed $10,000 of their own back to COCAR, to make the denomination whole.

In September 1972, following the UPCUSA General Assembly's vote of confidence in the work of COCAR, Gayraud Wilmore spoke on police and prison reform for the audiomagazine Monday Morning. Nearly 50 years later the Church continues to educate itself about how police and prisons operate, and Wilmore here sounds like he's speaking to the present-day PC(USA):

Efforts should now be made to enlarge and strengthen the vigilance of all Americans to the erosion of the constitutional guarantees of civil liberties. --Gayraud Wilmore, 1972.

"The Council on Church and Race is deeply appreciative of the many ministers and laymen who supported it during the Angela Davis debate, which came to an end with the recent vote of confidence given the COCAR by the one hundred and eighty fourth General Assembly in Denver. The discussions in our church these past months about the administration of American justice, the churchwide study Toward Love and Justice, which is the COCAR study guide on racism and repression, and the development and proliferation of Presbyterian Legal Aid Services have all given United Presbyterians a unique opportunity to become better informed on the problems of criminal justice and prison reform, and have caused many of them to become involved in working for justice, not only for Angela Davis but for many other prisoners. Efforts should now be made to enlarge and strengthen the vigilance of all Americans to the erosion of the constitutional guarantees of civil liberties. Churchmen of all denominations need to respond today to the Christian calling to bring humaneness and justice to court and prison systems throughout the world. Our Lord enjoined that our ministry to those in prison is loving service to the least of his brethren and unto him."

Here is a quick guide to records of the controversy over Presbyterian support for the fair trial of Angela Davis: 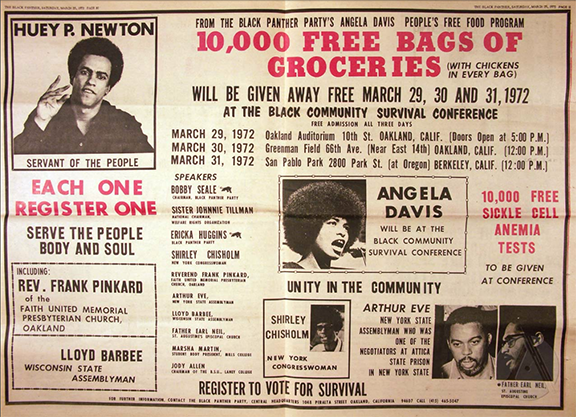