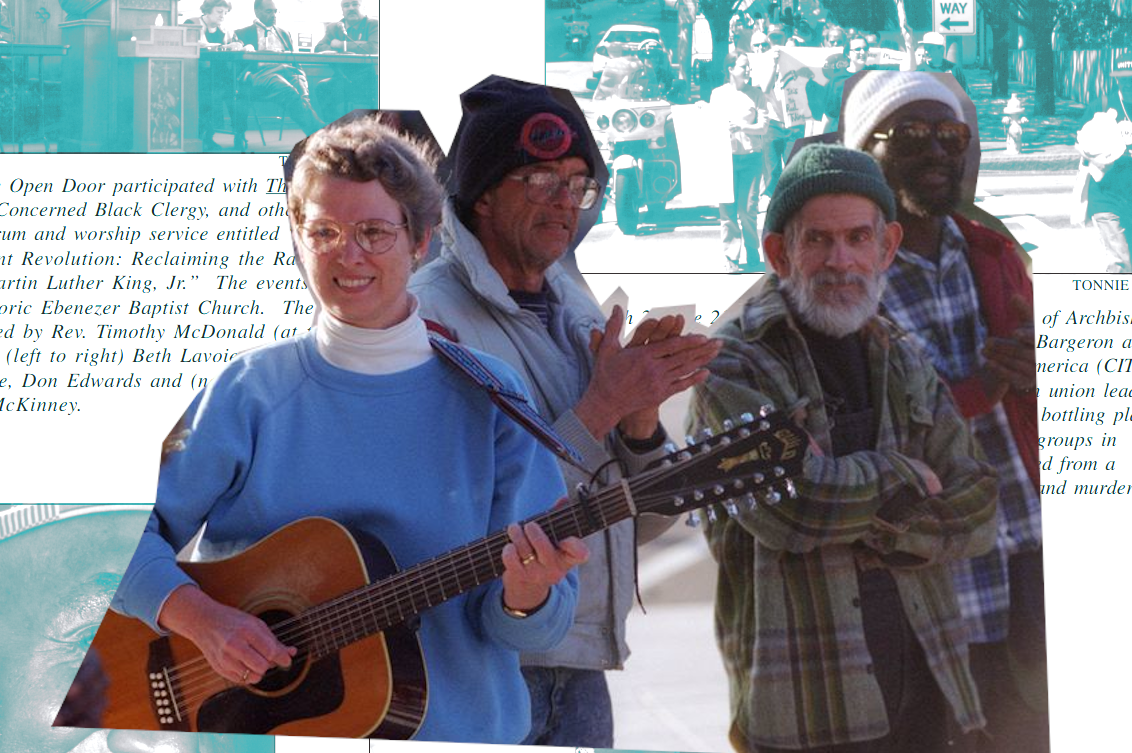 “It is not always an easy task to affirm that even a murderer is a child of God, but we know that it is true. There is no act, no matter how vicious, that entirely blots out that identity.” –Murphy Davis to the Associated Press, 1986

We remember Murphy Davis, advocate for death row inmates and the homeless, who died last October. A Presbyterian minister, ordained in 1976, she and her husband Ed Loring took on as their life's work the practice of living in solidarity with the poor. In 1981 they founded The Open Door, an Atlanta intentional community serving the homeless and recently incarcerated, where they lived until its closure in 2017.

Transformed by the U.S. Supreme Court's decision to uphold the death penalty in Gregg v. Georgia, Murphy became a fervent death penalty abolitionist. Ed Loring took her to her first visits with mothers of people on death row shortly before the Gregg decision in 1975. “What those mamas did for me was to articulate the widening circle of tragedy that’s caused by the death penalty. This was a place where I needed to take a personal stand.”

Murphy began ministry to death row inmates, and began standing on death watch. She became known within the Georgia correctional system as indefatigable. Sister Helen Prejean called Murphy one of her heroes, and was moved to begin her own work on death row by seeing Davis speak. "She had that real down-to-earth quality, but she couples it with intelligence, laced with humor. She’s not harsh. She’s not macho. But she’s as strong as the dickens ."

Murphy wrote a biography of the Agnes Scott College alumna and civil rights activist Frances Freeborn Pauley in 1996. She also wrote about her own struggle with a rare form of cancer, using her life as a lens to inspect America's medical system and our end-of-life care, compiling a memoir, Surely Goodness and Mercy, published shortly before her death.

In recent months, as the Trump administration enforced an unprecedented number of federal death sentences, the Virginia house and senate moved to abolish the death penalty. Americans have witnessed both the innate cruelty of capital punishment and an exemplary move toward the justice and mercy that Murphy and those like her spent their lives doing.