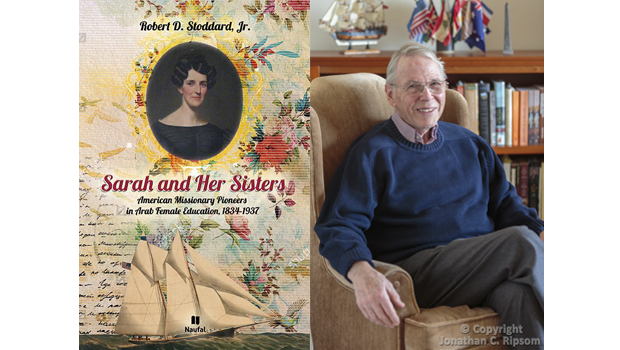 How can a school celebrate a milestone anniversary without knowing its history?

That was my dilemma in 1999 when, as the Lebanese American University vice president responsible for commemorating our seventy-fifth anniversary as a college, I could uncover precious little of the Presbyterian-related school’s history. Upon my retirement in 2005, I sought to verify the belief that LAU could trace its origin to a school for girls founded by a missionary in Beirut in 1835. I was elated to discover online the whole story of that little school for girls in a digitized Memoir of Sarah L. Huntington Smith: Late of the American Mission in Syria. Thus began a fourteen-year quest to document the university’s first century of pioneering in Arab female education.

Adventurous, dramatic, inspiring, and tragic, Sarah Smith’s posthumous Memoir, compiled by her brother-in-law from her letters home, had all the elements of a modern screenplay. No wonder it was an 1840s best seller! As a pious and privileged native of Norwich, Connecticut, Sarah Huntington founded her first school for local Mohegan Indians. Her spinsterhood ended abruptly when the Rev. Eli Smith took her to Ottoman Syria to help him run the mission press in “Beyroot.” Appalled at how native males treated their women and girls and desiring to be more than a mere “helpmate,” Sarah studied Arabic and organized a school for girls that would revolutionize female education in the Near East and begin bending the cultural arch toward female equality. But if this story was the first chapter of LAU’s history, what were the others? 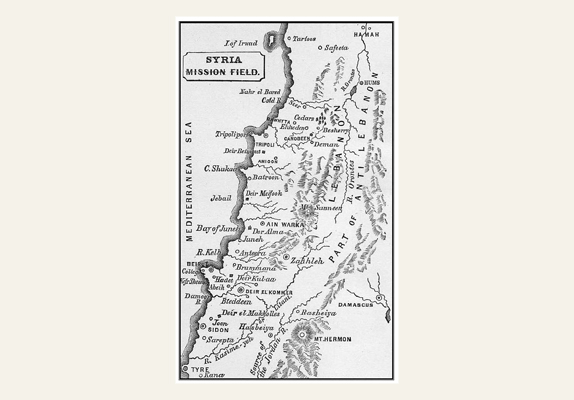 The challenge then became filling in the gaps and connecting Sarah Smith’s school for forty girls to today’s coed university of 8,000 students. Who were Sarah’s successors and what were their schools? With further research and reading, their stories emerged one after another until they could be linked together in Sarah and Her Sisters: American Missionary Pioneers in Arab Female Education, 1834-1937. While these missionary women started schools and taught in what became modern Lebanon, all were Americans--Congregationalists from New England and Presbyterians from Mid-Atlantic and Midwestern states. Notable among them besides Sarah were Matilda Whiting of Newark, NJ, founder of a girls’ school in Jerusalem; Eliza Everett of Painesville, OH, a pioneer in female secondary education; and Frances Irwin of Minneapolis, who, together with Winifred Shannon of Iola, KS, started the first college for Arab women.

Living in Wilmington, Delaware, it was convenient for me to do most of my in-person research at the Presbyterian Historical Society in Philadelphia. There I found a trove of primary source materials on Sarah’s forgotten successors: their school reports, letters, articles in church women’s journals, diary entries, and related items all carefully housed and cataloged, mostly in the Syria Mission Collection. I enjoyed riding the train to Center City and walking back in time through Independence National Historical Park to a quiet welcome at 425 Lombard Street. Equipped with a pad (PHS pencils provided), laptop, and backrest, I would peruse Record Groups and request files that were exhumed by Senior Reference Archivist Lisa Jacobson or her colleagues from hidden recesses and cheerfully delivered to my table in the reference room. There I would glean interesting and often exciting findings during six-hour days, punctuated by lunches in diverse restaurants on colorful South Street. At day’s end, I could order and take with me photocopies of select documents for further study and reference at home.

If this story was the first chapter of LAU’s history, what were the others?...Who were Sarah’s successors and what were their schools?

This targeted research, plus related missionary memoirs and area histories, gradually filled in the gaps in LAU’s first century of history. Having to meld the research, writing and editing in between other retirement projects stretched out the project.  Finally, with the encouragement and backing of President Joseph Jabbra and the university, a publication contract was signed with Hachette-Antoine in Beirut in 2018. But unimaginable hurdles to getting the book in print still lay ahead. 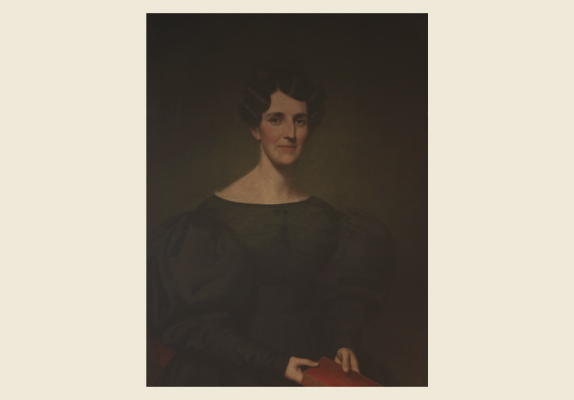 Reminiscent of the political upheavals, epidemics, famine, starvation, world war, economic depression, and pandemic faced by Sarah and her missionary sisters in Ottoman Syria and World War I Lebanon were the cascading crises that hit Lebanon in 2019-2020. While working with my Beirut editor via email and Skype, demonstrators were manning barricades and marching in the streets. The “October 2019 Revolution” led to the collapse of the Lebanese government and subsequently the economy when the pound lost eighty percent of its value. Then came the COVID-19 lockdown. Most recently the horrendous Beirut port explosion killed 204 people, injured another 7,000, left 300,000 homeless, and brought the Lebanese to their knees. Nevertheless, through it all, my editor and H-A’s staff persevered and somehow managed to bring these inspiring missionary stories back to life within a handsome volume.

Finally, at 407 pages and fully illustrated in black-and-white and color, Sarah and Her Sisters: American Missionary Pioneers in Arab Female Education, 1834-1937 is now available in hardback in English (not Arabic!) from the Book Depository. Kindle and iBook e-versions can also be found at Amazon, Kindle, and the Apple Store. 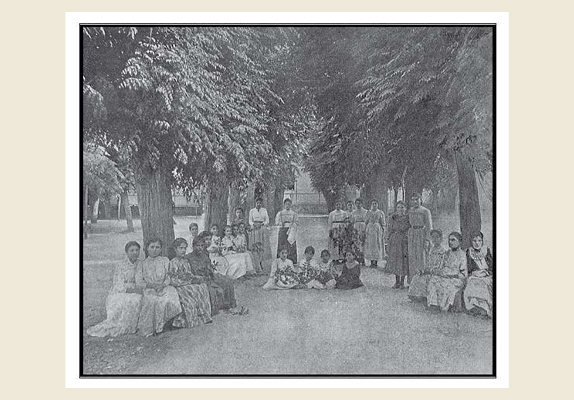 In bringing these stories to light, my first aim is to recognize these forgotten missionary heroines for their personal sacrifices and extraordinary achievements against great odds in educating Arab females. Second, I hope their beneficiaries throughout the Middle East will recognize their indebtedness to them and, along with other readers--Presbyterian and UCC church women especially--be inspired by their stories. And I very much hope that LAU’s coeds, female teachers and staff, and alumna will be inspired and, like their historic mentors, wholeheartedly join in the rebuilding of Lebanon and advancement of girls and women throughout the Arab world.

--Robert D. Stoddard, Jr., is a former Vice President of Lebanese American University in Beirut, Lebanon. He has a B.A. in Religion from the College of Wooster and an M. Div. from Princeton Theological Seminary (M.Div.).

Guide to the Syria-Lebanon Mission Records