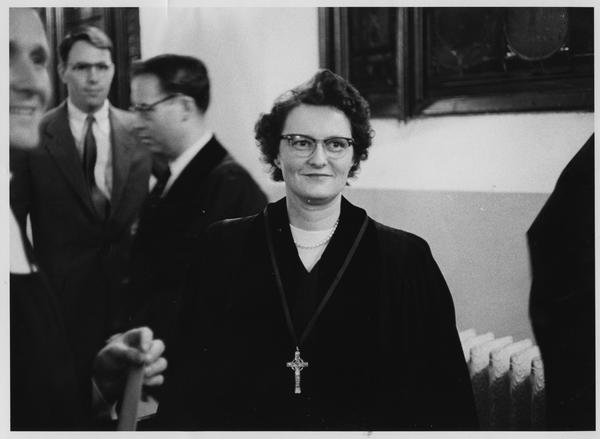 "Don't be the pet lamb of the congregation."

On January 20, 1978, longtime friend of PHS Ed Wicklein sat down with Margaret Ellen Towner for a brief interview on her early experiences as the first woman ordained as a minister of word and sacrament in the Presbyterian Church. Reflecting on twenty years of her ministry and change inside the church, she noted that casual condescension toward ordained women was still normal, and that her own words had a tendency to follow her around. After 43 years, the tape has been digitized. You can listen to the whole interview in Pearl. 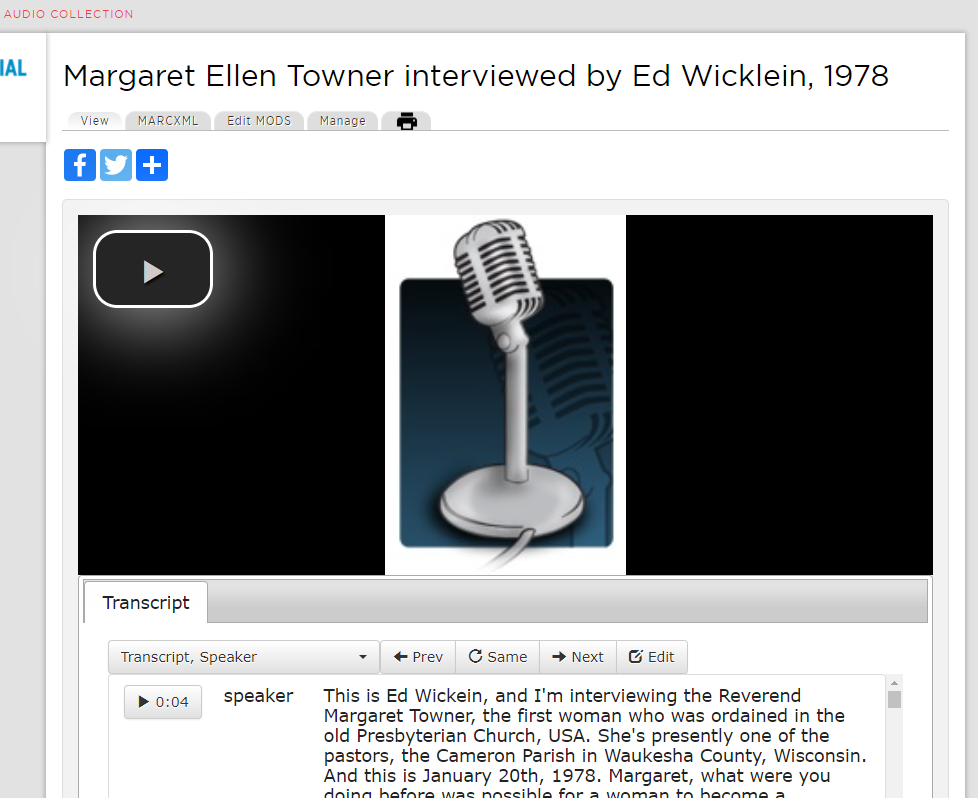 Listen to the full 45 minutes in Pearl.

The text of Towner's ordination charge included the phrase "don't be the pet lamb of the congregation," and she would occasionally be introduced at presbytery meetings as "our pet lamb." In the interview Towner expresses her struggle to be an exemplar without being cast as an oddity:

There's still people who are offended by [ordained women] because they go back literally to First Corinthians and, you know, women should not speak in church, et cetera. I think that is getting less and less. But nationally, I think that I was a curiosity and so were the others. And so as a curiosity, we were in in demand. But then you look at it in another way that, OK, so do you turn down invitations to speak because you feel your curiosity or do you go because even though your curiosity may be by your presence and what you say, you can help other women along the way and begin to break down that kind of a stereotype and people begin to see you. Hey, you know, there is a person who is ordained and who at least has something of worth to say, something that will speak to me. 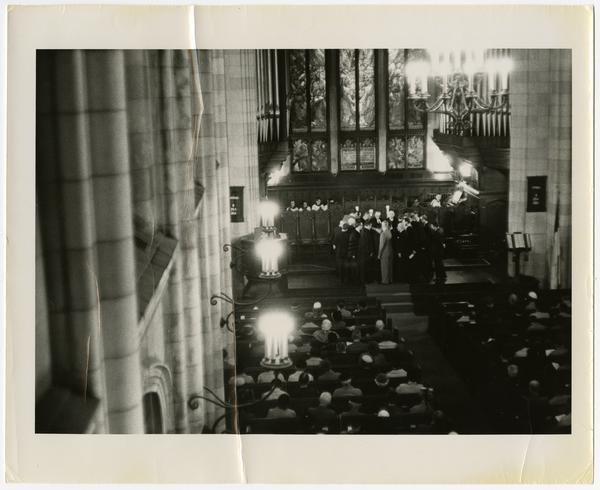 The laying on of hands at Margaret Towner's ordination. View in Pearl.

At the time of Towner's ordination in Cayuga-Syracuse Presbytery, she took steps to mollify some in the church who were against the ordination of women, telling Presbyterian Life that ordained women would likely serve as associate pastors, in roles subordinate to men, rather than alone. She faced pushback from the upcoming generation of women to follow in her footsteps.

I guess I didn't know better, and that statement has come back to haunt me. I was interviewed by a student last Sunday and she had been reading Presbyterian Life, in which I was quoted as saying that. And so that statement will, I guess, haunt me the rest of my life. And I had some rather unhappy letters from ... a few girls who really disagree with me pretty strongly that, "Hey, look I want to pastor on my own. Maybe that's not your bag."

Towner would serve as pastor of the Kettle Moraine Parish outside Milwaukee for seventeen and a half years before retiring in 1990. She stood for moderator of the UPCUSA at the 193rd General Assembly in 1981, and served as vice-moderator from 1981 to 1982. While pastor of Kettle Moraine, Towner was emergency room chaplain at Waukesha Memorial Hospital in Waukesha for twelve years, and coordinator of chaplains at Oconomowoc Hospital in Oconomowoc for ten. She served the General Assembly's Advisory Council on Discipleship and Worship from 1971 to 1981, and chaired two PC(USA) task forces on inclusive language in scripture and worship. She is an active member of Peace River Presbytery, and continues to live out her ordination's charge.

Learn more about the ordination of women in Pearl.

Watch this video interview with PHS Board member Deborah Block, on the struggle for ordination equality in the church.