US Missionaries to Korea: Racism and Its Legacies | Presbyterian Historical Society
Skip to main content
Shop

US Missionaries to Korea: Racism and Its Legacies 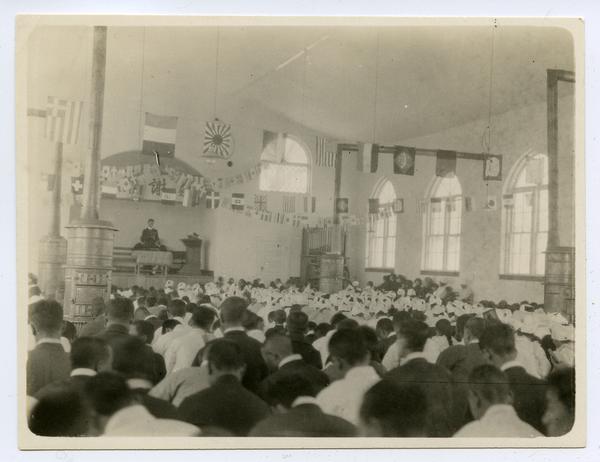 As the Presbyterian Church (U.S.A.) along with the nation reassesses the extent to which racism [1] and White Supremacy permeate our institutions, urged on by movements like Black Lives Matter, I (a White mission co-worker serving in Korea) wanted to explore the legacies of racism in our world mission that persist today. This article will be the first in a four-part series about how racism, in particular Orientalism, has tainted not only US missionary activity in Korea but also US government policy.[2] This Orientalism came to Asia and mixed with other inter-Asian ethno-centrisms, exacerbating preexisting and developing conflicts.

During the time of Japanese colonization of Korea, Japanese assumptions of their own ethnic superiority over Koreans found willing allies in some missionaries who may not have considered the Japanese equal to White people racially and culturally, but still considered them superior in the hierarchy to Koreans. One such ally to Japan was the Rev. Arthur Judson Brown, former president of the Presbyterian Board of Foreign Missions, who advocated for Japanese colonization of Korea because it would bring modernization, capitalist reforms, and civilization, and who wrote, “the Korean Government was so hopelessly rotten and the condition of the country so pitiable that there was no possibility of political regeneration from within.”[3] This racist teaching was then internalized by some new Korean Christian converts such as Seo, Sang-ryun, who received a commission from missionaries to approach the Righteous Army (Uibyeong), a group of Korean independence fighters, and convince them to surrender to Japanese colonial authorities. Seo was eventually captured by the Righteous Army, flogged, and labeled a Japanese spy.[4] 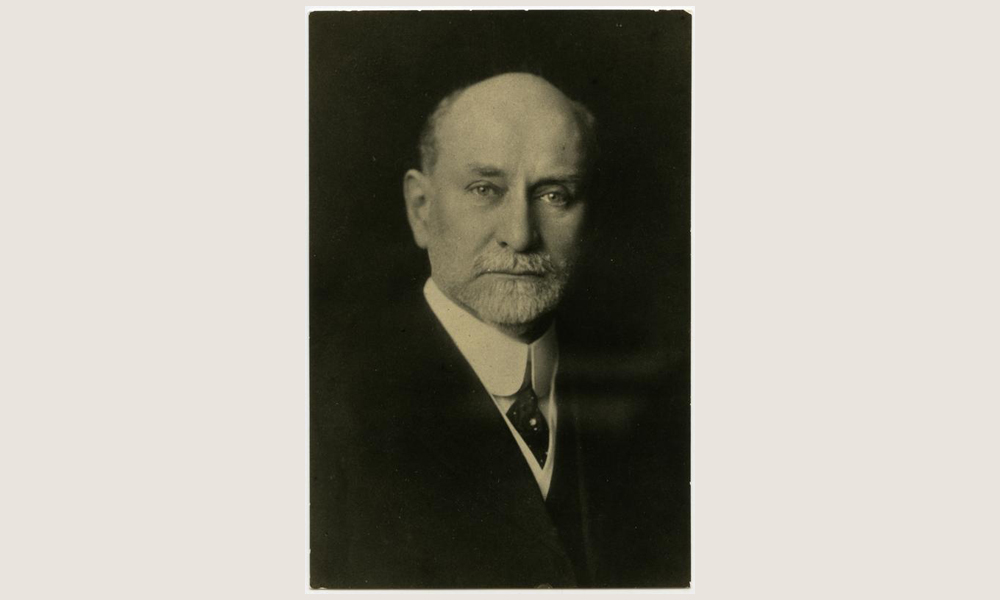 I have also found traces of racism in the history of missionaries who opposed Japanese colonization, like Homer Hulbert, known as the “Friend of Korea” for his activities campaigning for Korean independence from Japan. Hulbert opposed Japanese colonization not because colonization is oppressive in and of itself, but because it was inferior to US colonization like that over the Philippines, which he praised. Hulbert claimed that the foundation of Japanese colonization was still “Oriental” while only the outside vestments, such as clothes, were Western. He saw Koreans in need of a civilization with Western culture as its foundation so that Korea could “evolve a new civilization embodying all the culture of the West, but expressed in the terms of Oriental life and habit…for it would prove that our culture is fundamental….”[5] Hulbert’s opposition to Japanese colonization veiled his racist assumption that Korean culture was still inferior to White/Western/Christian culture and in need of civilizing. This set the stage for the beginning of greater US intervention in Korea after Japan’s surrender and the end of World War II.

Immediately after the liberation of Korea on August 15, 1945, Koreans began organizing to create administrations that guaranteed Korean autonomy and protected them from the exploitation of Japan and the Koreans who collaborated with them. Koreans also established a national authority that would be free from foreign dominance by either the Soviet Union or the US, and also represented the gamut of the Korean political spectrum including Christians, capitalists, socialists, and communists, only excluding the “collaborators.” These administrations were known as People’s Committees for the Preparation of Korean Independence (CPKI), which then evolved into the Korean People’s Republic (KPR).[6]

Hulbert thought Korea could “evolve a new civilization embodying all the culture of the West, but expressed in the terms of Oriental life and habit…for it would prove that [Western] culture is fundamental."

Unfortunately, the United States and Soviet Union entered this situation having agreed, without participation of Koreans, to divide the Korean Peninsula into two competing zones. The US military occupation began at this time with the creation of the US Military Government in Korea (USMGIK), which chose not to work with the CPKIs or the KPR, erroneously labeling the groups as “communist,” and instead allying almost exclusively with the collaborators or oppressors. The US saw the Koreans who had collaborated with Japan as more comfortable to work with—not only because they were pro-capitalist and would ensure unhindered US access to Korean markets and resources, but because they were sufficiently Westernized/"civilized" to run a new Korean nation under the guidance of a Western power, putting the West back in charge of the government, police, economy, and military.[7]

General John Hodge, commander of US forces in Korea and head of the USMGIK, derided the CPKIs, claiming “we are not dealing with wealthy US educated Koreans, but with…poorly educated Orientals…who are definitely influenced by direct propaganda and with whom it is impossible to reason.” For Hodge, the CPKI’s ability to organize so well testified to their being controlled by the Soviet Union despite a lack of any evidence of Soviet presence or control.[8] General Hodge legitimized the suppression of Korean self-determination in the southern zone, forcing the creation of a pro-capitalist/pro-US regime despite the popular opposition of the people of Korea who bristled at seeing their former oppressors put back in power. 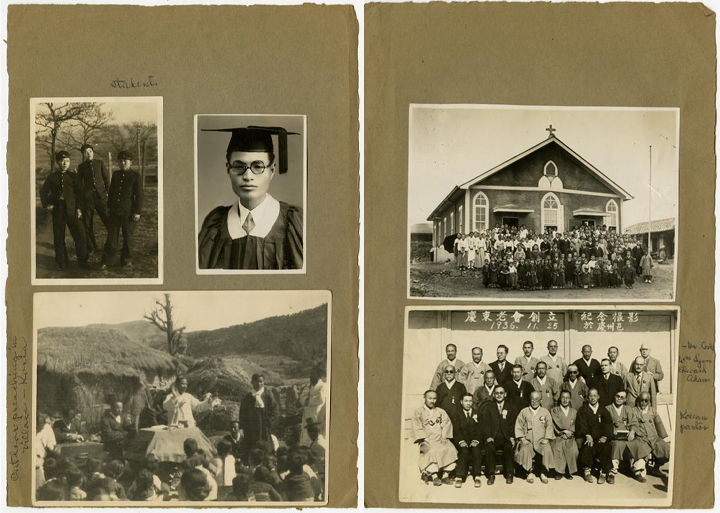 How then did so many Christians ally themselves with US policy, which amounted to suppression of democracy and placing collaborators back in power where they could return to exploiting their fellow Koreans? The argument that ideological opposition to communism alone accounts for this is unconvincing; the majority of Koreans in the CPKIs did not identify themselves as communist. The argument is further discredited by the many Christians who participated in the CPKIs, such as Rev. Kang, Ryang-uk, who later served in the creation of the new North Korean government.[9]

Perhaps so many Christians allied themselves with US policy due to the number of US missionaries involved in the USMGIK—missionaries like Horace H. Underwood, who was appointed to serve in Korea by the Presbyterian Board of Foreign missions in 1916 and went on to serve as an advisor to USMGIK. During Japanese colonization he wrote, “our aim is to fulfill loyally the functions of an institution training citizens of the [Japanese] Empire,” and working for USMGIK he helped make sure pro-colonization Koreans were put in charge of new southern education institutions.[10] Both missionaries who opposed Japanese colonization and those who supported it found themselves on the same side in supporting the imposition of the US Military Government over and against the majority preference of Koreans.[11] 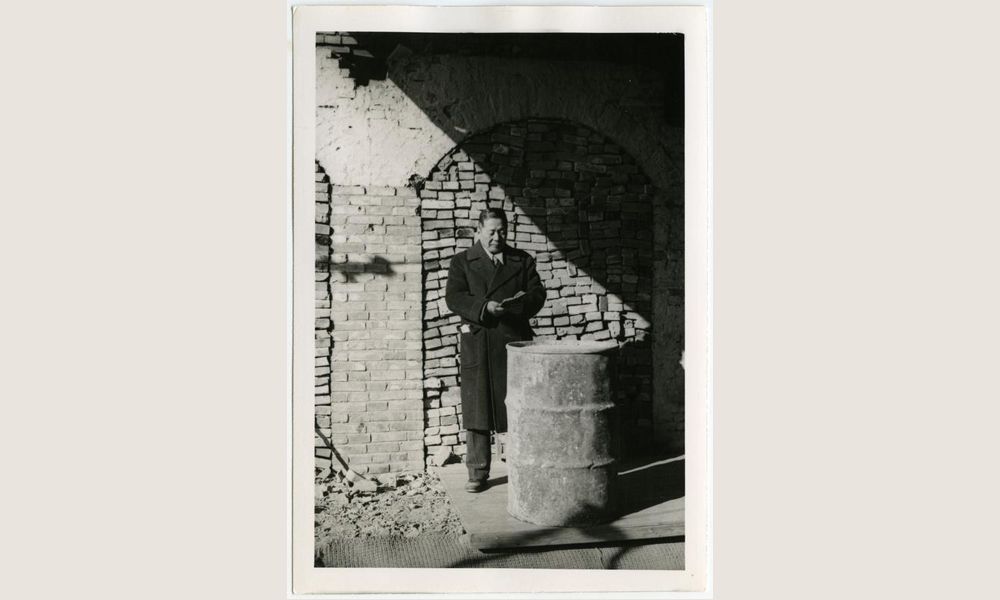 Some Korean Christians joined collaborators in the new military and police forces that organized a crackdown on all dissent to US policies in the southern zone after the Republic of Korea was established in 1948. For example, Christians like Cho, Pyong-ok, head of the National Police, wrote that the USA represented God’s forces on earth, and that anyone who opposed them was part of “Satan’s camp,” which needed to be eliminated from the nation.[12] Cho joined with other Christians who came down from the northern zone due to disagreements with the CPKI and took this desire for revenge and this confession of faith to places like Jeju Island, where there was strong resistance to US policy and to collaborator police brutality. They erroneously labeled everyone as communist before beginning a campaign of massacres in 1948, leading to at least 15,000 deaths and disappearances before the Korean War started in 1950.[13]

As with Cho, whiteness and militant anti-communism aligned and became intertwined, the result being that the southern Republic of Korea went through four decades of civilian and military dictatorship characterized by anti-communism and pro-US capitalism. Even today, after the South Korean government has ended the dictatorship and elected the opposition party to leadership, that party is often blocked from passing policies that don’t align with US interests; the South Korean military remains under foreign “wartime command authority” of US forces in Korea; and the Korean War has not actually ended.[14] I believe that our inability to reckon with the legacy of White Superiority and Christianity in Korea, among other factors in both zones, has contributed to intransigence in the Korean War.

This article focused mainly on actions by US missionaries and policy makers, but Koreans were not merely passive recipients of events. In the next three articles I will explore ways in which some Korean Christians and later white missionaries began resisting this legacy of White Superiority in the Church, military dictatorship, and US foreign policy. I invite you to join me in my journey of exploration, discovering together the extent to which racism has affected our Church and government relationships on the Korean Peninsula. 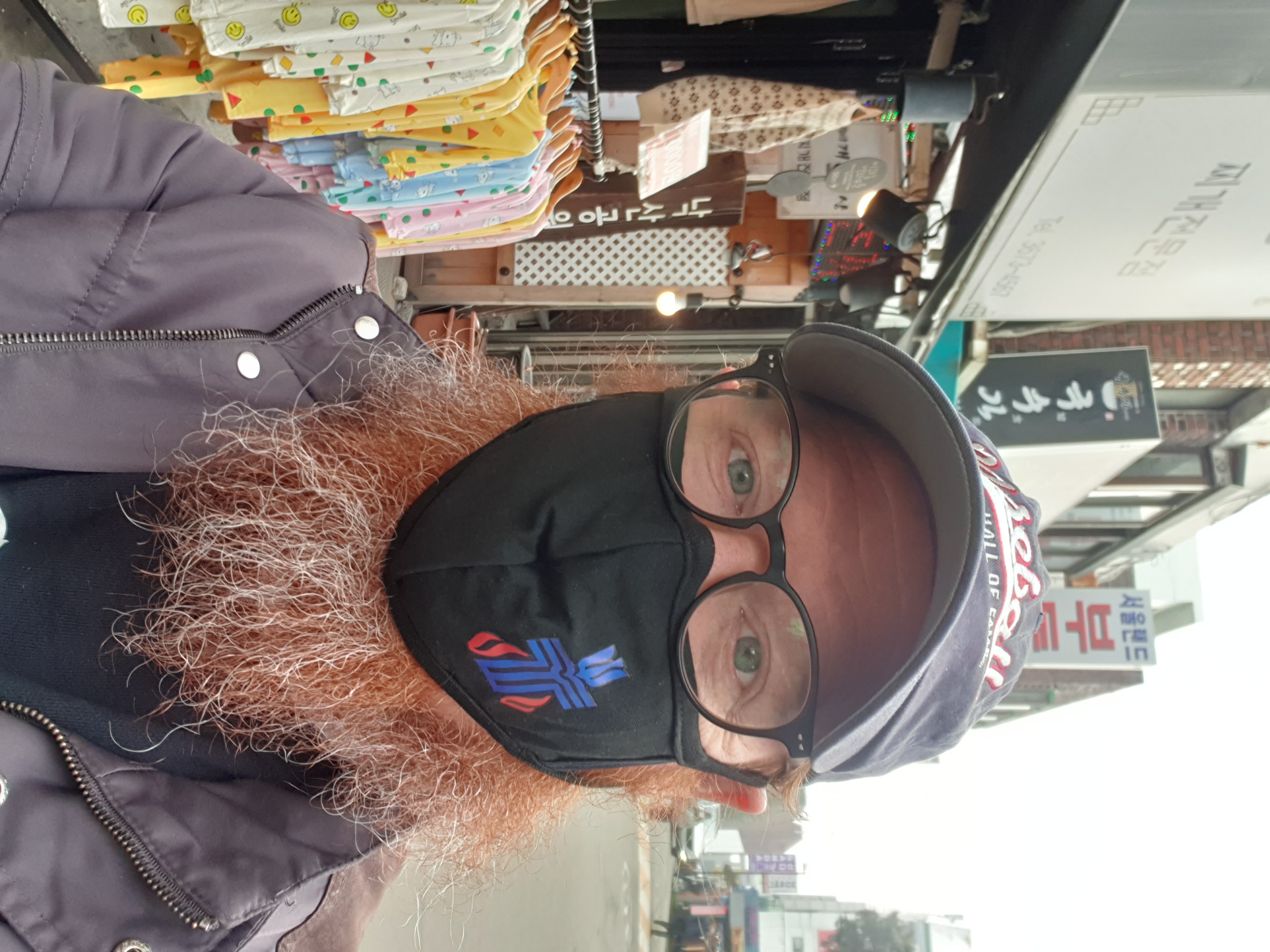 --Rev. Kurt Esslinger is a PC(USA) mission co-worker assigned to the National Council of Churches in Korea and their Reconciliation and Reunification Department since 2013. He lives in Seoul, Korea with his wife, Hyeyoung Lee and son, Sahn. Kurt was born in Midland, TX and ordained as a minister in Chicago Presbytery.

[1] Here I refer to “racism” in connection to the concept of “race” created by White society as a system that delineates who has access to power and resources, and who confronts obstacles to that along with assumptions of racial/ethnic/cultural superiority.
[2] I refer to "Orientalism," as described by Edward Said, as the faulty generalization made by the West (the “Occident”) that the “Orient” (or the entire Far East) is inferior with regard to culture, intelligence, religion, and the ability or inability to self-govern, among other aspects of life.
[3] Brown, Rev. Arthur Judson. Mastery of the Far East: the Story of Korea’s Transformation and Japan’s Rise to Supremacy in the Far East. Pg. 348.
[4] Seo was famous for bringing the first Korean Bible to Korea before missionaries. Matsutani, Motokazu. “Church over Nation: Christian Missionaries and Korean Christians in Colonial Korea.” Doctoral dissertation, Harvard University.  2012. Pg. 206.
[5] Shmid, Two Americans in Seoul: Evaluating an Oriental Empire, 1905-1910. Korean Histories 2.2. 2010. Pg. 16-22.
[6] Cumings, Bruce. Origins of the Korean War. Princeton University Press. 1981. Pg. 68-100.
[7] Ibid. Pg. 137.
[8] Ibid. Pg. 212, 228.
[9] Rev. Kang, Ryang-uk founded the Korean Christian Federation in the northern zone in 1946, now recognized by the DPRK and with whom the PC(USA) and the National Council of Churches in Korea maintain communication to this day.
[10] An, Jong Chol. “No Distinction between Sacred and Secular: Horace H. Underwood and Korean-American Relations, 1934-1948.” Seoul Journal of Korean Studies 23, no. 2. Kyujanggak Institute for Korean Studies. December 2010. Pg. 233, 237-240.
[11] Japanese colonization also used the erroneous labeling of all independence groups as “communist” as a divide-and-conquer strategy to win Korean support for colonization, claiming that they were truly preserving Korean independence from communism, which ironically increased support for communism in the independence movement. See: Cummings, Bruce. Origins of the Korean War. Princeton University Press. 1981. Pg. 27-38.
[12] Choi, Tae-yook. “War and Memory: Unforgettable Memory, Forgotten Memory.” The Institute for Korean Christianity and Culture (한국기독교문화연구), Vol. 11. Soongsil University. 2019. pg. 89-90.
[13] The Jeju 4·3 Incident Investigation Report. Published by the National Committee for Investigation of the Truth about the Jeju April 3 Incident, Republic Of Korea National Assembly. Pg. 451-454.
[14] https://www.isdp.eu/publication/taking-back-control-south-korea-and-the-politics-of-opcon-transfer/
Print
Mission History