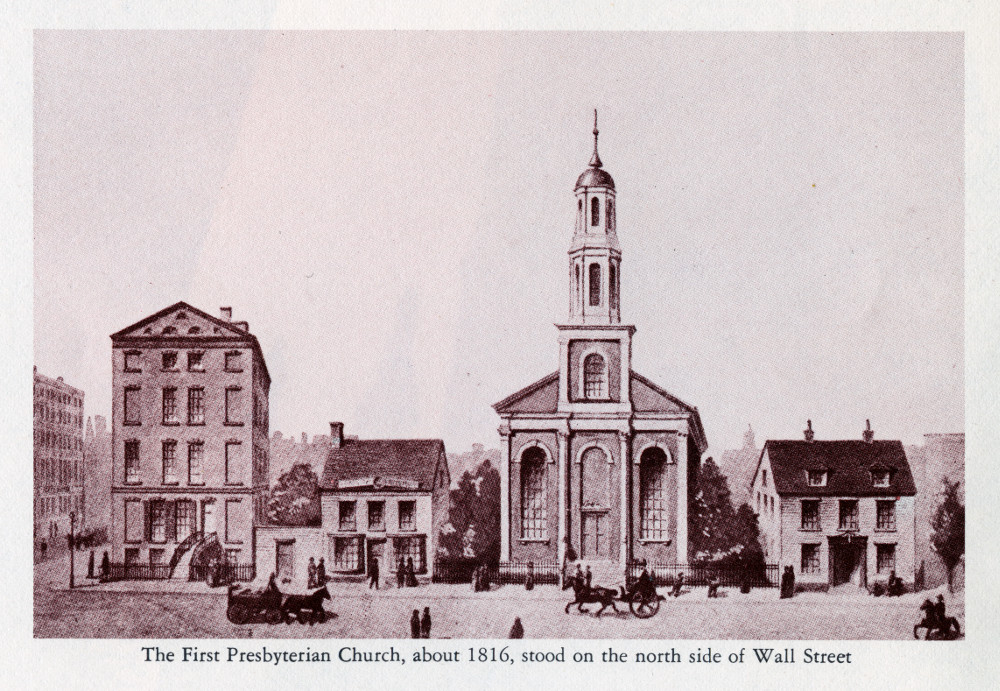 PHS is happy to announce completion of the mass digitization of many of the original records of the First Presbyterian Church in the City of New York, an undertaking paid for by the congregation. We salute the labor of our archives technicians and digitization coordinator, Cecilia, Sharon, and Allison. We thank the archivist at First Church, David Pultz, for his labor. And we thank the congregation for making this commitment to preserve its history.

First Church was established in 1716, and its first building was constructed on Wall Street in 1719. Members of First, fleeing the density of Wall Street and its environs, founded Brick Presbyterian Church in 1768. The expanding membership organized Rutgers Presbyterian Church, on Henry Street, in 1798. In 1835 a massive fire destroyed most of what was then considered Old New York, including the building on Wall Street. Continuing to follow their membership north, First built a new stone structure on Fifth Avenue, and the congregation moved in in 1846. In the 1850s two new Presbyterian churches were organized nearby: University Place and Madison Avenue. 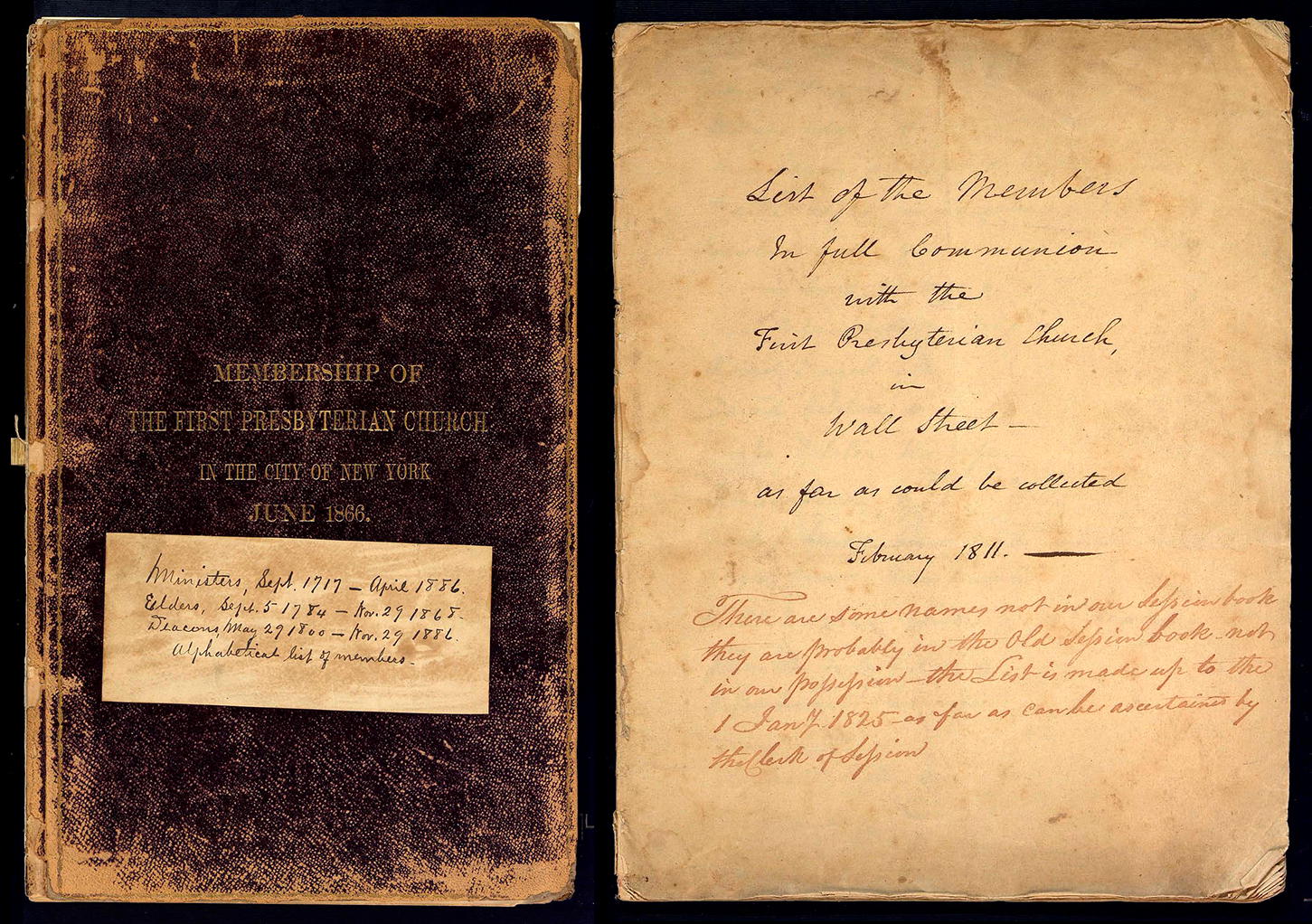 Sample pages of digitized registry, The First Presbyterian Church in the City of New York.

In 1919 the three churches merged, and opted to use Old First's building and name. The newly merged congregation called Harry Emerson Fosdick to the pulpit in 1919, and in a series of sermons over five years, Fosdick argued that scientific and religious knowledge were compatible, directly confronting the burgeoning Fundamentalist movement in America's churches. Fosdick's sermon, "Shall the fundamentalists win?" sparked a famous rejoinder from Clarence Macartney at Philadelphia's Arch Street Presbyterian Church, "Shall Unbelief Win?", and the Presbyterian church on a national level was riven with the Modernist-Fundamentalist controversy. The 1923 General Assembly directed the Presbytery of New York City to formally investigate Fosdick; his defense was handled by future secretary of state John Foster Dulles. Rather than face ongoing scrutiny, Fosdick resigned from his pastorate in 1924.

First Church would continue to champion social witness within the denomination, supporting the ordination of women as ministers of word and sacrament in the 1930s, and advocating for the election of Edler G. Hawkins as the first African American moderator of the UPCUSA in 1961. As pastor from 1992 to 2001, J. Barrie Shepherd would steward a congregation seeking full rights for gays and lesbians inside the church.