Burned by the Rebels: A Civil War Story 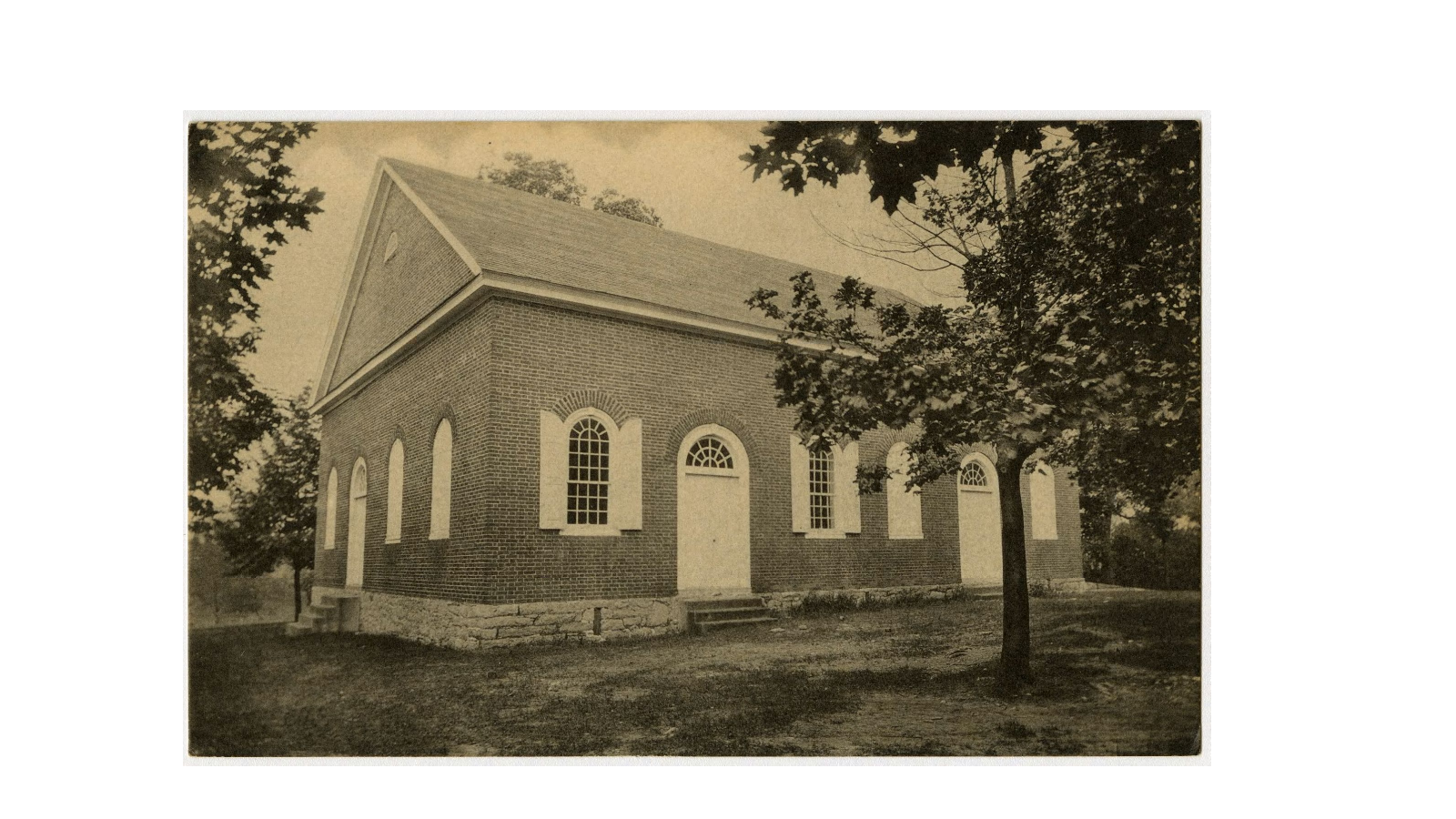 The Presbyterian Historical Society strongly encourages churches to send their original records of permanent value to us to protect them from all the usual calamities that befall historic documents. Whether it be flood, fire, mold, bug infestation, or the like, church registers and session minutes can be lost forever if not stored properly.

As someone who answers genealogy questions daily, I am all too familiar with the sad cases of records being lost forever. Therefore, when I received a question asking about a gap in the records of the Rocky Spring Presbyterian Church in Chambersburg, Pennsylvania, I wasn’t at all surprised.

The question read as follows:

“I'm looking for records from the Rocky Spring Presbyterian Church from the 1700s.  Your site says you have records from 1865 - 1928 but I don't see anything listed that would be earlier.  Is there any place else that I could look for early records from this church?”

I wasn’t surprised but I was curious. Losing over a hundred years’ worth of records would represent a devastating loss to this congregation. I hoped that another search would reveal more information. After a thorough search of our main records databases, Calvin and Sheppard, I confirmed that yes, records from the founding of the church up until 1865 were missing. I decided that the next best place to look for answers was inside the records we do have in our holdings.

In the first volume of the session minutes, I found the following inscription: “The sessional records of the churches of Rocky Spring and St. Thomas were burned by the rebels in the burning of Chambersburg on the 30th of July 1864”. 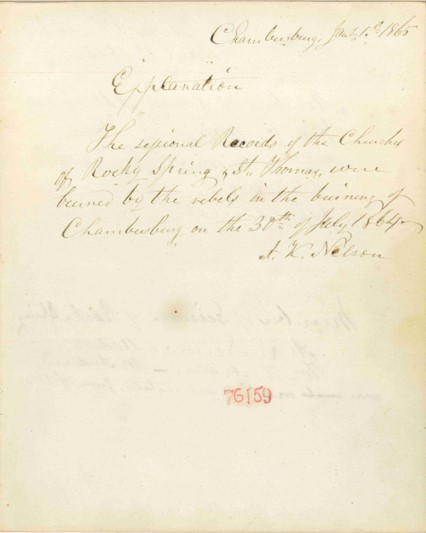 In the first volume of church registers, I found the following inscription: “Our records having been burned in the burning of Chambersburg July 30th 1864. We begin anew April 2nd 1865”. 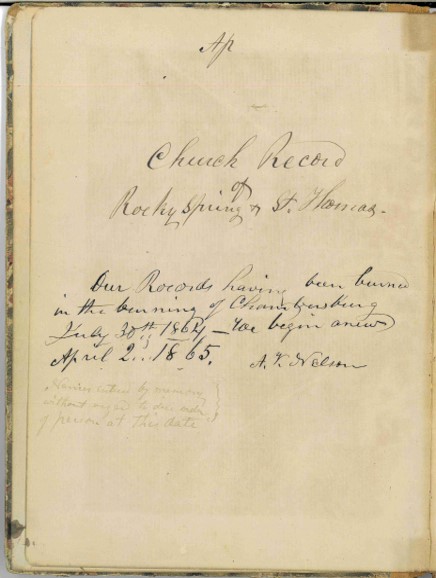 As a historian I suspected that the rebels they were referring to were confederate soldiers, but I dismissed that idea at first because I knew this was not a southern church. After a little more research, I realized that my first suspicion was correct. I learned that on July 30, 1864, Brigadier General John McCausland and 2,800 Confederate soldiers entered Chambersburg and demanded $100,000 in gold or $500,000 dollars. Chambersburg residents failed to raise the money, and McCausland ordered his men to burn the town. Flames destroyed more than 500 buildings leaving more than 2,000 homeless.

Chambersburg was the only Northern town destroyed by Confederate soldiers. The attack inspired a national aid campaign and inspired the Union Army toward the aggressive approach that finally won the war. In fact, this act of violence so outraged the country that “Remember Chambersburg!” became a rallying cry among union soldiers. 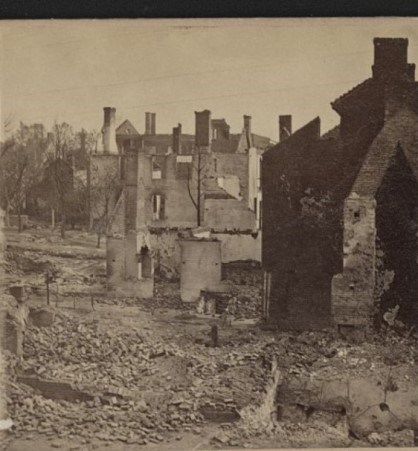 Ruins of Chambersburg, corner of Main and East Street. Photo courtesy of the Library of Congress.

After doing my research I responded to our patron and let them know about the inscriptions and the fate of those earlier records. Anyone familiar with genealogy research knows how useful registers and session minutes can be in telling the story of one individual or one family but in this case the records of the Rocky Spring Presbyterian Church help illuminate the story of a nation.

To learn more about using our resources for genealogy research please visit: https://www.history.pcusa.org/services/reference/genealogy-and-family-history-research.