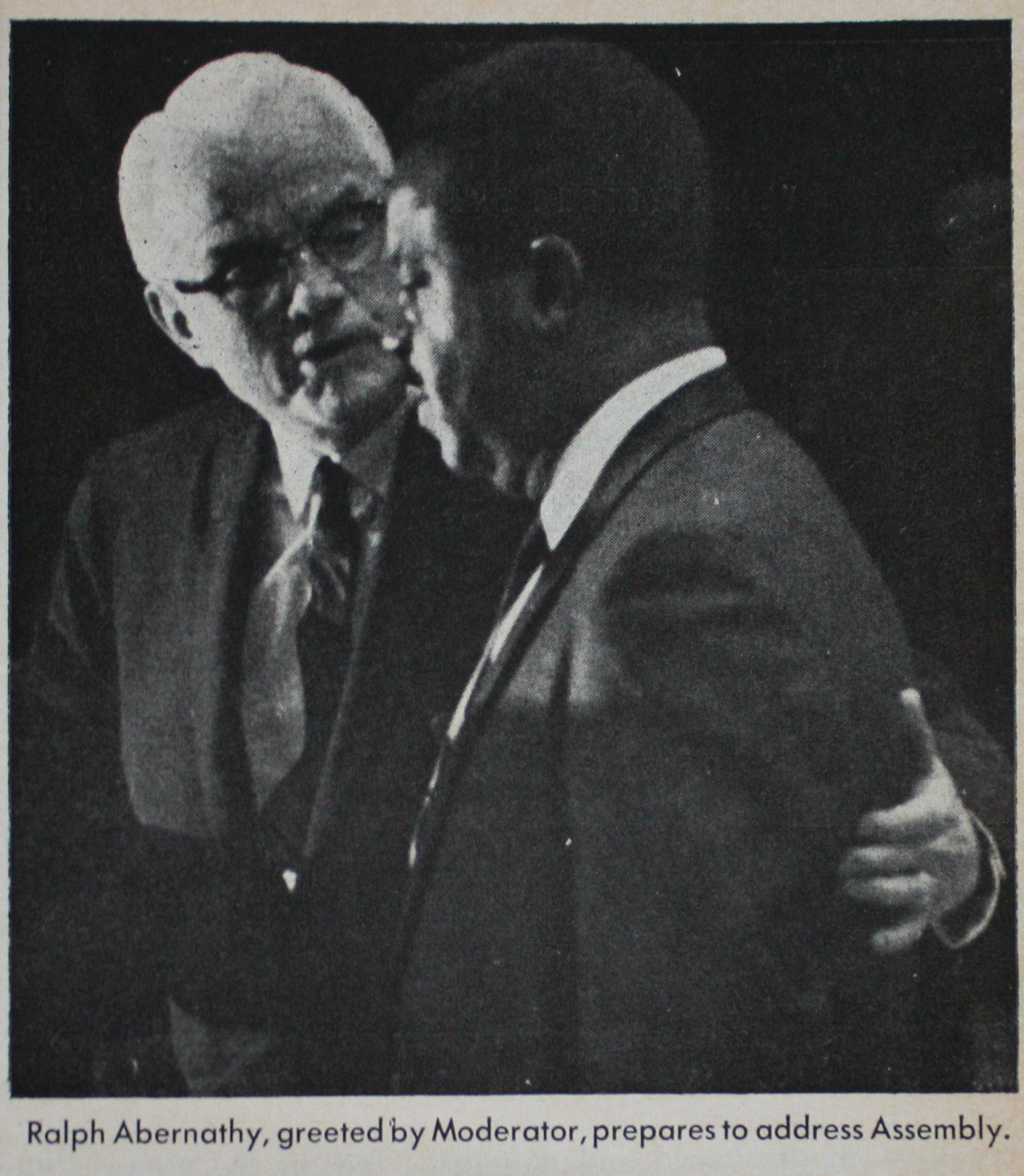 On 17 May 1968, in Minneapolis, after the election of a new moderator, and congratulations from the former, a preacher took the dais of the 180th General Assembly of the United Presbyterian Church in the U.S.A. Ralph Abernathy had been president of the Southern Christian Leadership Conference for less than six weeks, working in the wake of the assassination of Martin Luther King Jr. He visited the Assembly seeking help to fund the Poor People's March. You can hear part of his address in a highlights LP that's recently been digitized. 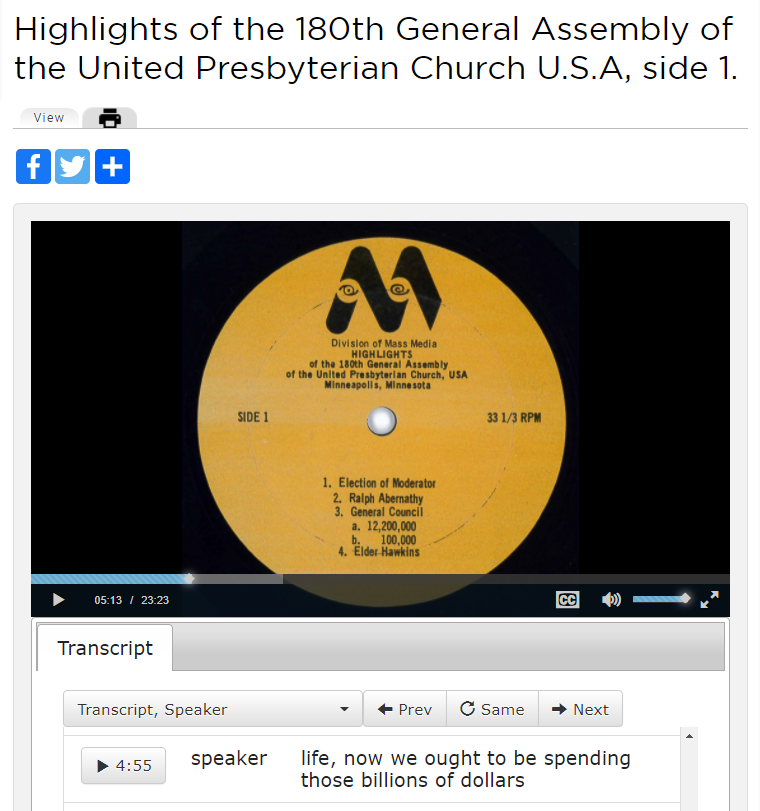 Listen and read the transcript in Pearl

Extending King's realization that militarism was at the root of the continued immiseration of America's poor, Abernathy spoke out against the war in Vietnam, before a crowd that was a few years away from formally condemning it.

"What we are demanding is massive and comprehensive and expensive. It will require many new laws and many new appropriations. The resources we are demanding look large compared with what is now being spent in these areas. But let me remind you, my Christian friends, that they do not look large compared to what is being spent on the occupation and bombardment of a small Asian country."

"What I am actually saying is that instead of us spending billions of dollars to carry on an unjust and ungodly war 6000 miles away in Vietnam, killing brown children and dropping napalm and dropping bombs and destroying life, now we ought to be spending those billions of dollars to make life a reality for all American citizens right here at home."

Abernathy's appeal to Presbyterians was for $100,000 to support the Poor People's March. The Assembly authorized $50,000 to be paid initially from the Commission on Religion and Race Fund for Freedom, with a separarte effort to double that figure with direct giving from congregations. As a token of good faith, the seated commissioners passed the hat, and gave the SCLC $4187.

Abernathy went on to compare the impoverishment of America's cities to the largesse being given to the Cold War and the Space Race. The sums required to restore human dignity in our cities, he said, are small "compared to what is being spent to keep an American army in Europe on the theory that they are defending our former enemies, against attack from a Russia that no longer even controls most of the communist governments of Eastern Europe. And the resources we demand don't look so large compared with what is being spent in the exploration of space or the building of superhighways. We are spending twenty five billion dollars to put a man on the moon. Surely if we can spend 25 billion dollars to put a man on the moon, then why can't we spend billions of dollars to stand on our feet right here in the United States of America?"

The Assembly's prayer of repentance rhymes with Abernathy's speech, and is a reminder of our own disinvestment in cities, and failure to protect our poor neighbors:

"Forgive us for pretending to care for the poor, when we do not like poor people and do not want them in our houses. Forgive us when we deplore violence in our cities if we live in suburbs, where lawns are clipped and churches enlarge, or in green villages where there are too many steeples."

Amnesty for opponents of the American war in Vietnam, in record group 519

Center on Conscience and War