Stories of RNS Photos: Refugees in the 20th Century 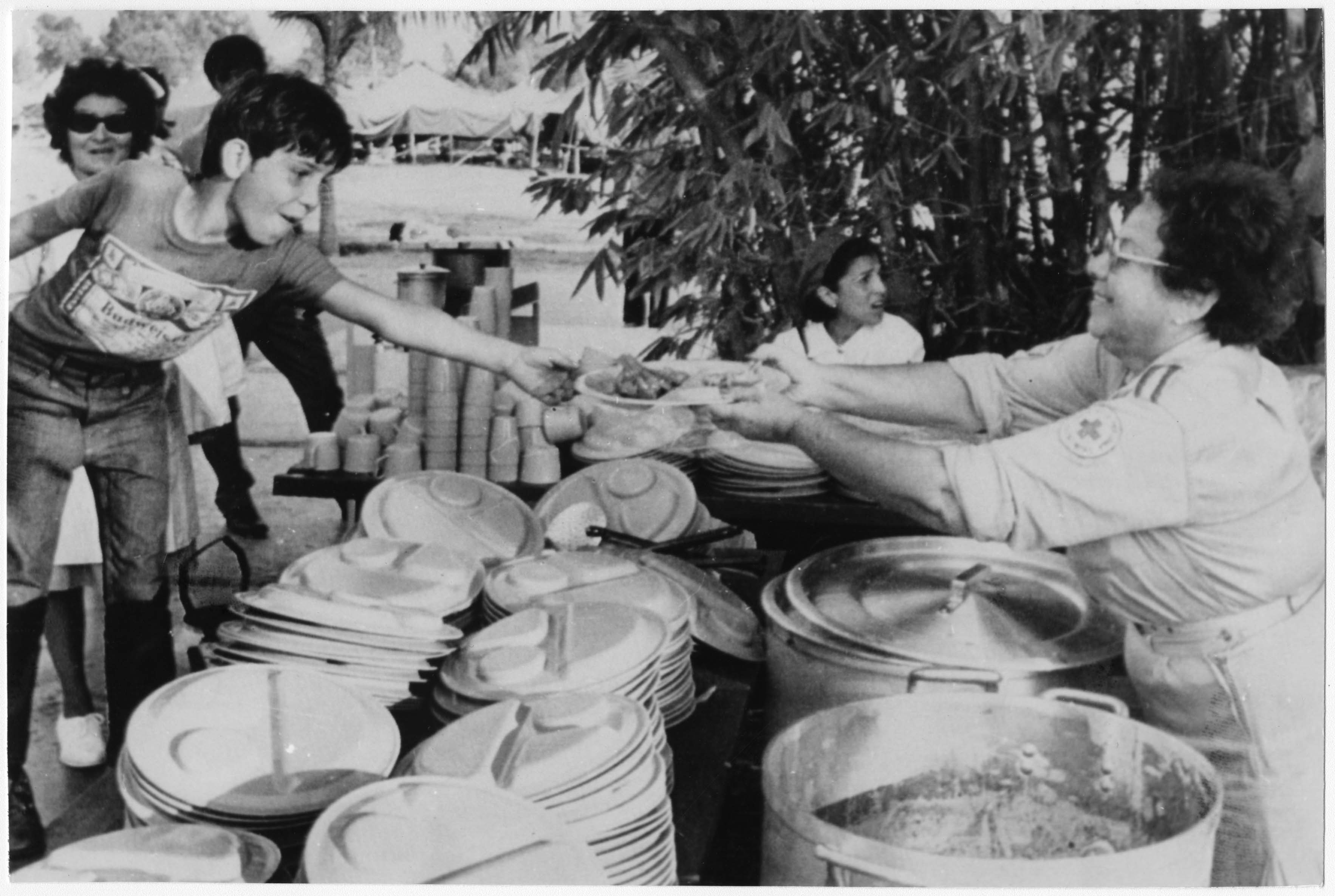 One reoccurring subject was the documentation of refugee resettlement, specifically how different religious communities in the United States and abroad responded to the needs of recently displaced persons throughout the twentieth century. Below are some glimpses into the stories of refugees and international relief work as illustrated by the RNS photograph collection. 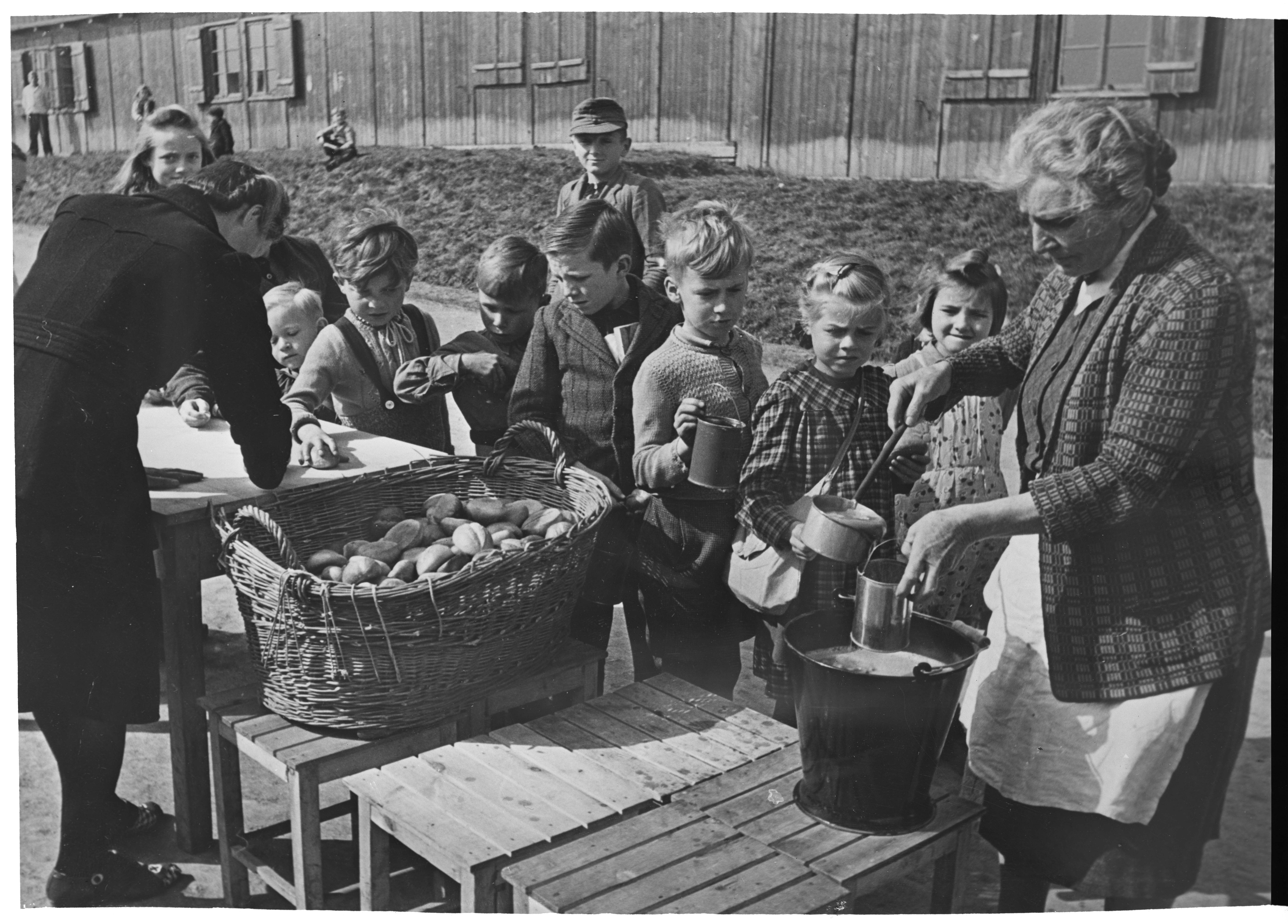 The Religious News Service photograph collection begins on the heels of the Second World War in 1945. After the war, much of Europe was devastated forcing many to flee their homes. This scene from Hof, Germany, shows displaced Eastern European children receiving food from Hilfswerk, a Protestant relief agency. 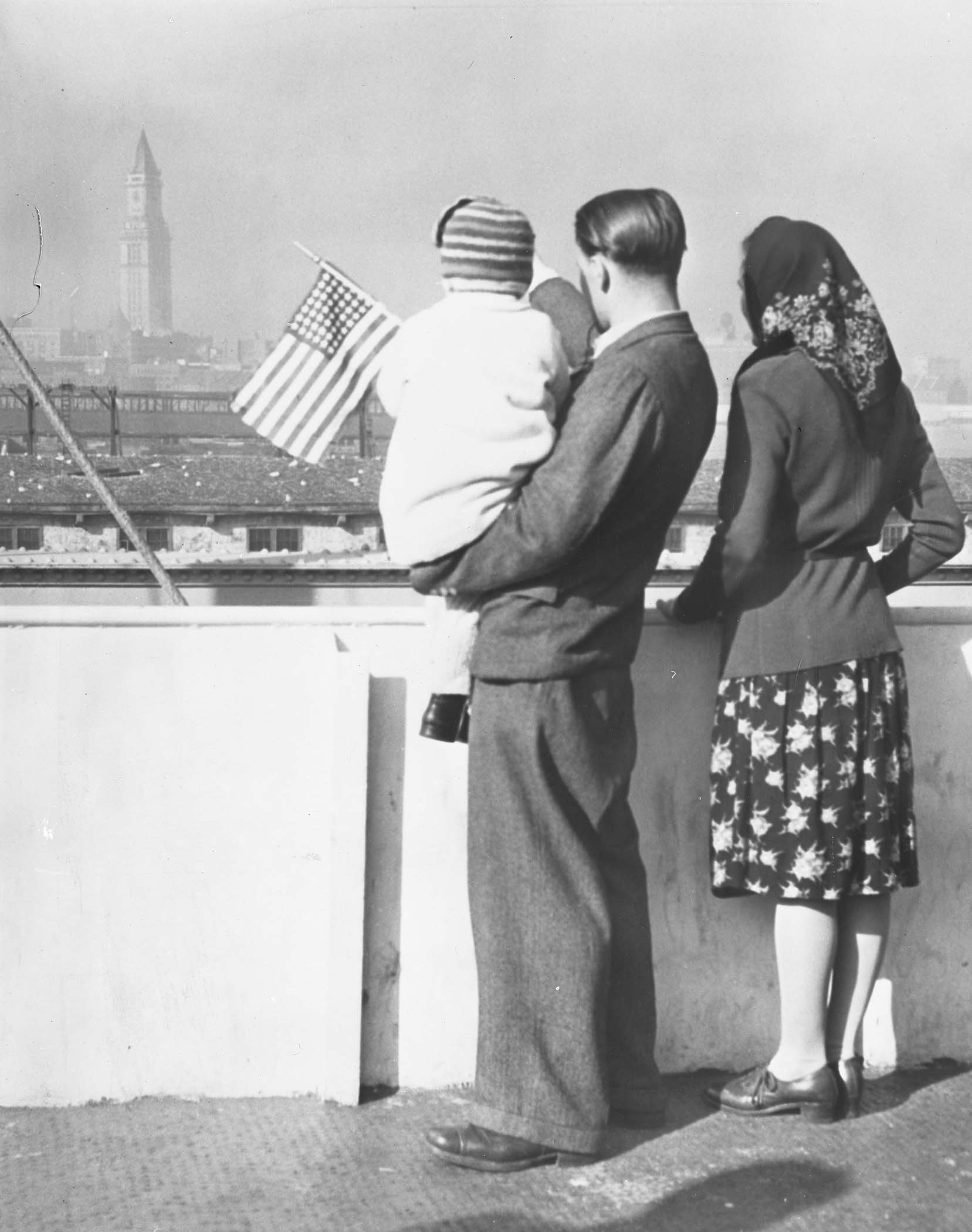 Looking out over the Boston Harbor, this refugee family from Europe reflects on their lives in a new, foreign land. The family arrived in America among 808 other displaced persons. They were among the first to be admitted in the country after a newly passed Displaced Persons Act was signed into law by President Harry Truman. 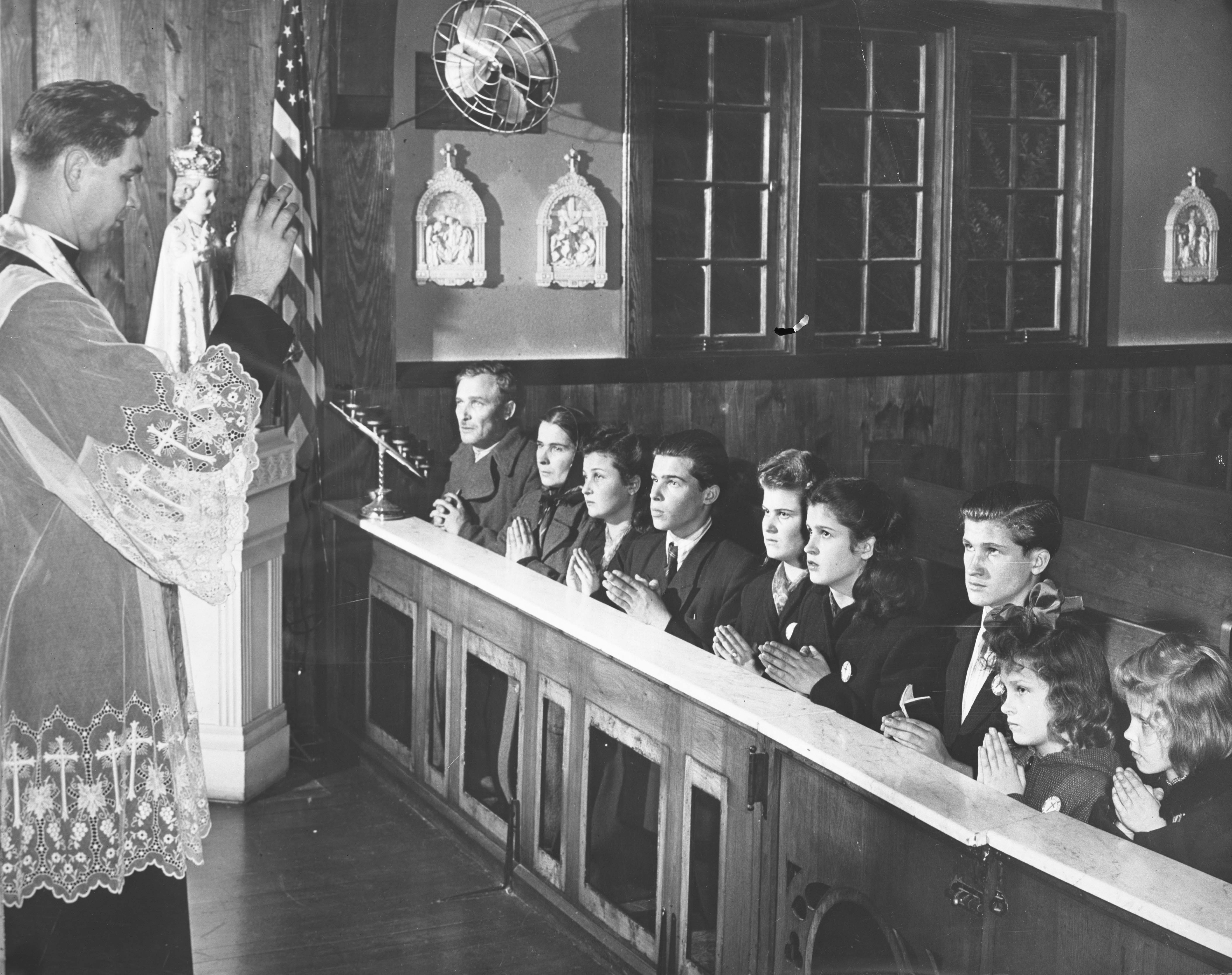 At St. Michael’s Church in West Memphis, Tennessee, the Opilka family gives thanks to God for their health, safety, and their new home. All nine members of the family had previously lived together in a European displaced persons’ camp. Before they settled in at their new farmhouse, they traveled directly from the rail station to the church. Pictured is Father Louis Janesko blessing the family as they kneel. 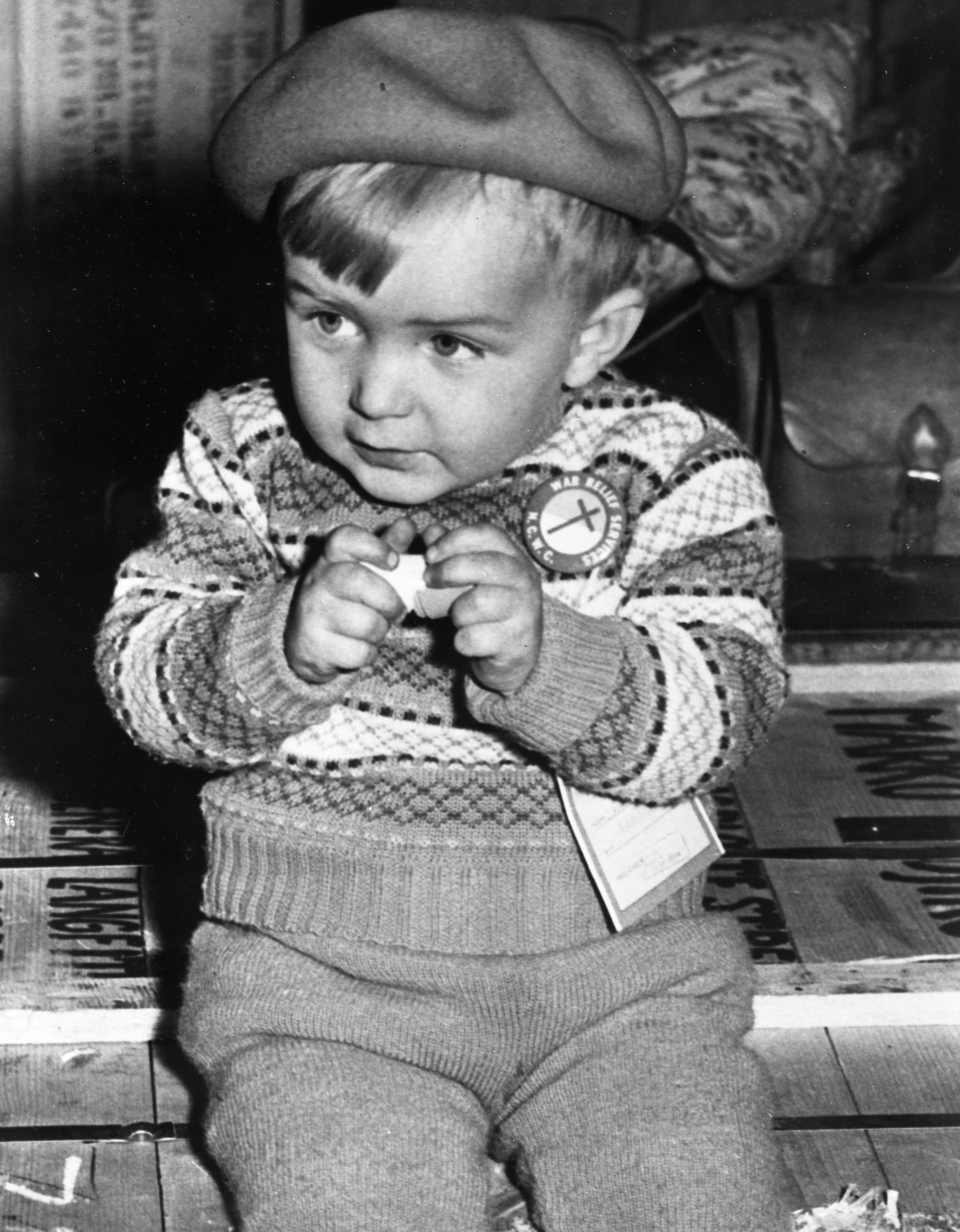 Much of the RNS photograph collection from the mid-twentieth century traces the rise of communism on the world stage. This child, along with his Hungarian parents, was among the 1,200 refugees who came over the Atlantic on the U.S. Troop Transport General W. C. Langfitt. Over 400 of those on the ship were supported by the Catholic Relief Services – National Catholic Welfare Conference. In a press release, the CRS – NCWC characterized the refugees, who were originally from European countries such as Russia, Poland, Germany, and Yugoslavia, as “people harassed by the hardships and suffering of life under the Communist domination.” 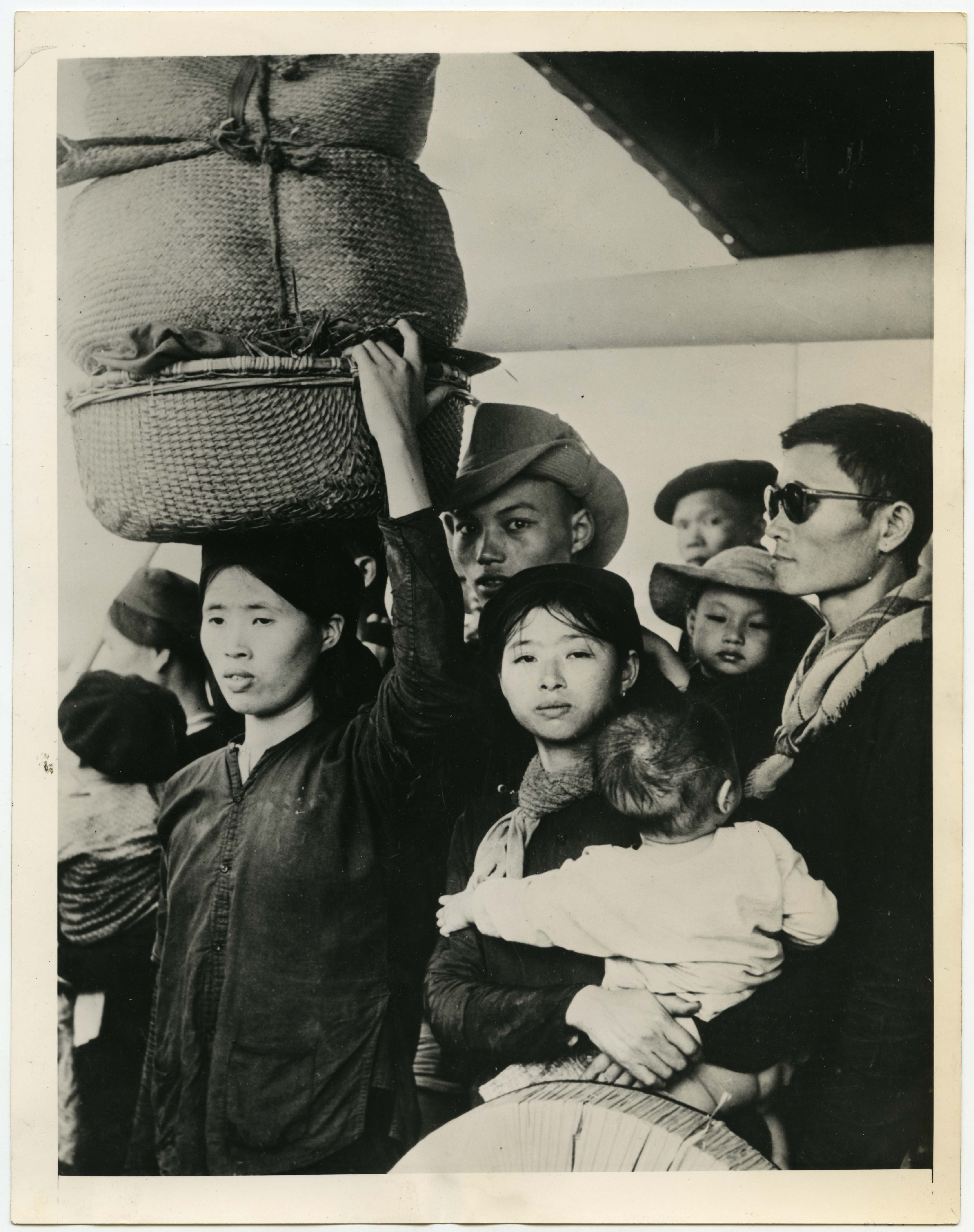 Communism became a push for some to emigrate from Vietnam after the 1954 Geneva Conference allowed Communists to control the northern part of the country. The Religious News Service captured this moment aboard a French ship when Catholic refugees were fleeing their homes with only what they could carry on their bodies. 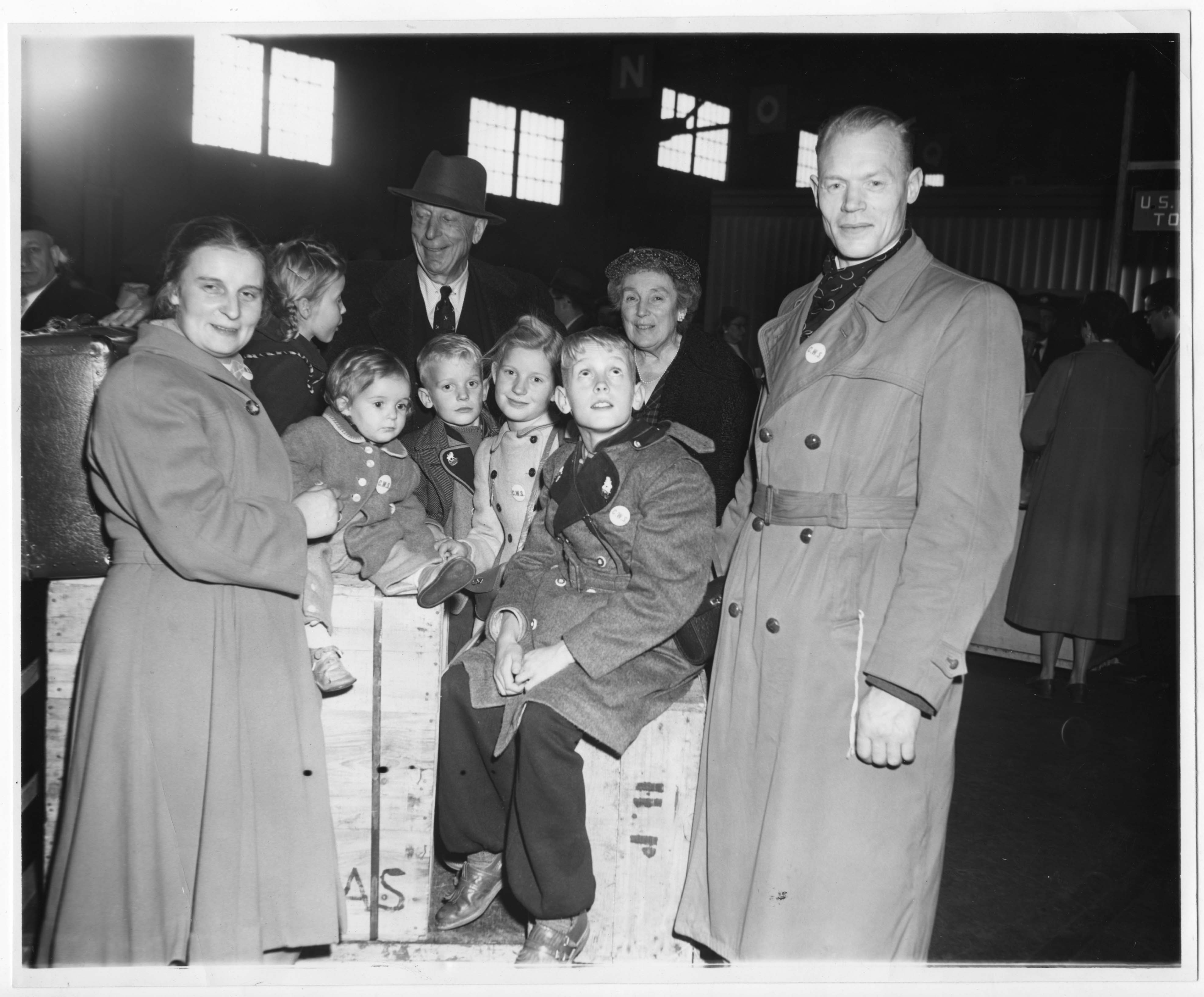 Many ecumenical efforts to aid refugees are depicted in the photograph collection. Here Harper Sibley, chairman of the Church World Service, and his wife, Georgianna, former president of United Council of Church Women, greet a family from East Germany in New York City. The patriarch of the family, Paul Krieg, had previously been jailed by the Communist government. The Church World Service, an interdenominational agency, was notably active in relief and resettlement in the mid-twentieth century. You can learn more about their work in the recently processed Church World Services records. 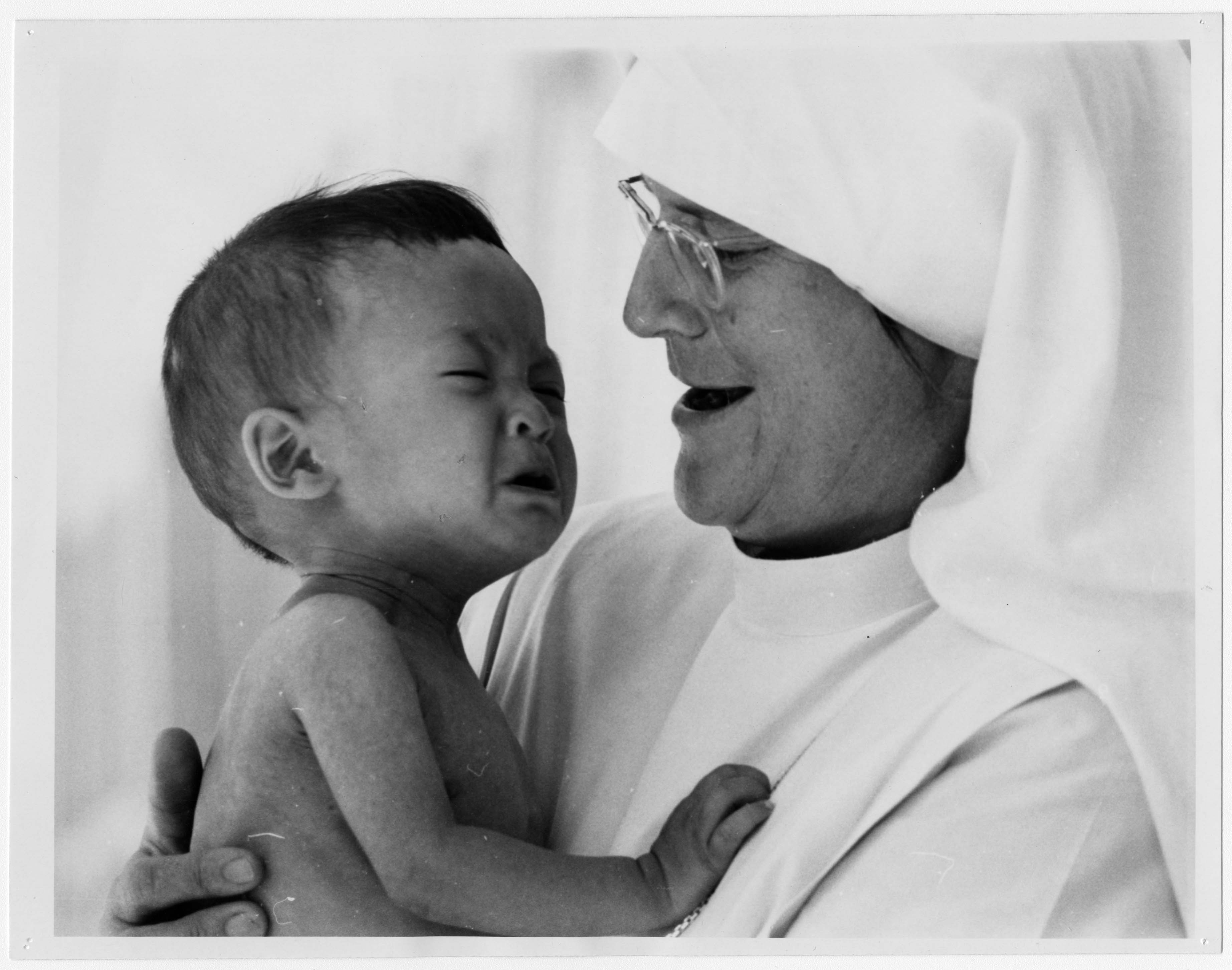 In midst of the war in Vietnam, Sister Karen Gossman of Louisville, Kentucky, comforts a small child who has been displaced from their home. The child is among the countless refugees who were affected by the decades of fighting in the country. This moment takes place at the Holy Name Family Hospital in Qui Nhon where staff worked tirelessly to treat both the physical and emotional wounds of the Vietnamese people. 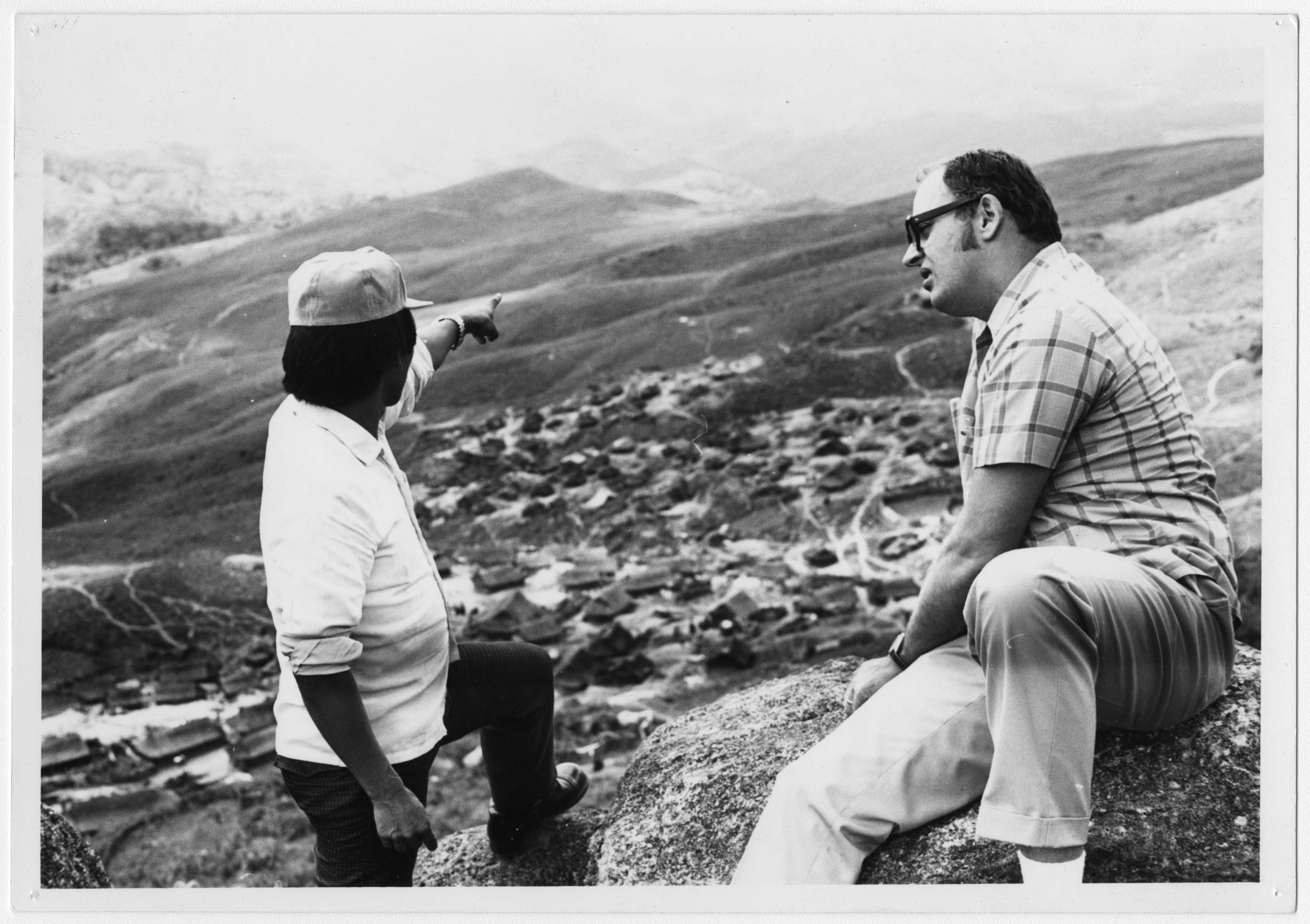 In the hills above the refugee village of Phucum in Northern Laos, Rev. Don Scott and a camp medic look over the 4,200 Meo migrants—most of whom were women and children—who were forced to leave their homes. Originally from British Columbia, Rev. Scott was an evangelistic missionary who turned his energies towards this increasingly dire humanitarian crisis. In a joint effort by both Laotian and international relief organizations, such as the World Vision of Canada, refugees received food, housing, medical care, and job training. 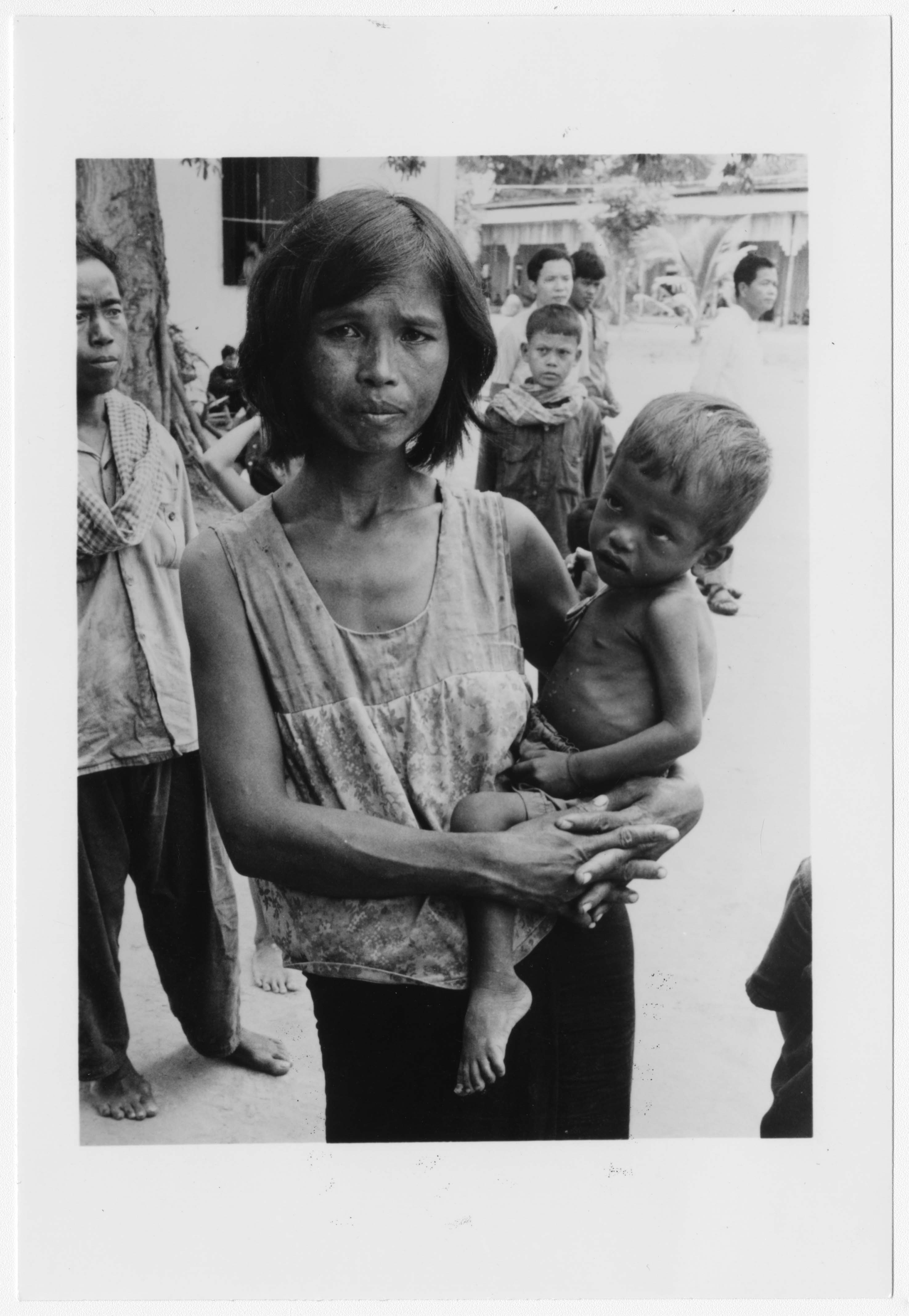 In a Thailand refugee camp, a Cambodian mother and child wait for their next meal. Fleeing the violence and famine in Vietnamese occupied Cambodia, many were forced to live in encampments. At the time of this photograph in February of 1980, the International Committee of the Red Cross reported that there were almost 450,000 Cambodians who relied on the organization for food and aid. 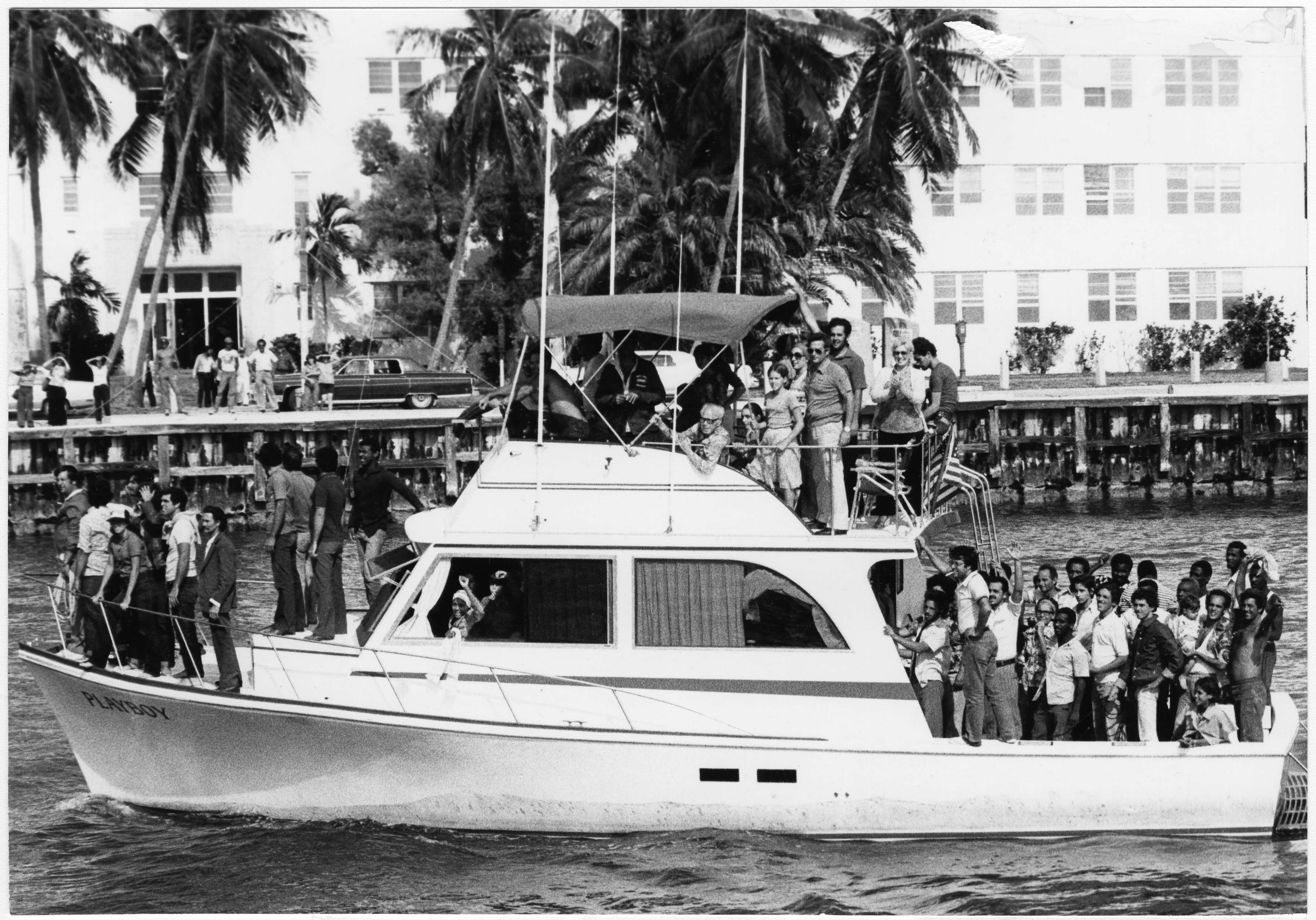 In Key West, Florida, members of the Southern Baptist Church worked determinedly to transport refugees from Mariel, Cuba, in a mission which became known as the Mariel boatlift. Almost 1,500 boats were used to help passage Cuban exiles in the first few weeks that Fidel Castro allowed dissidents to emigrate to the United States. Once they safely arrived, Baptists also assisted in the resettlement process. 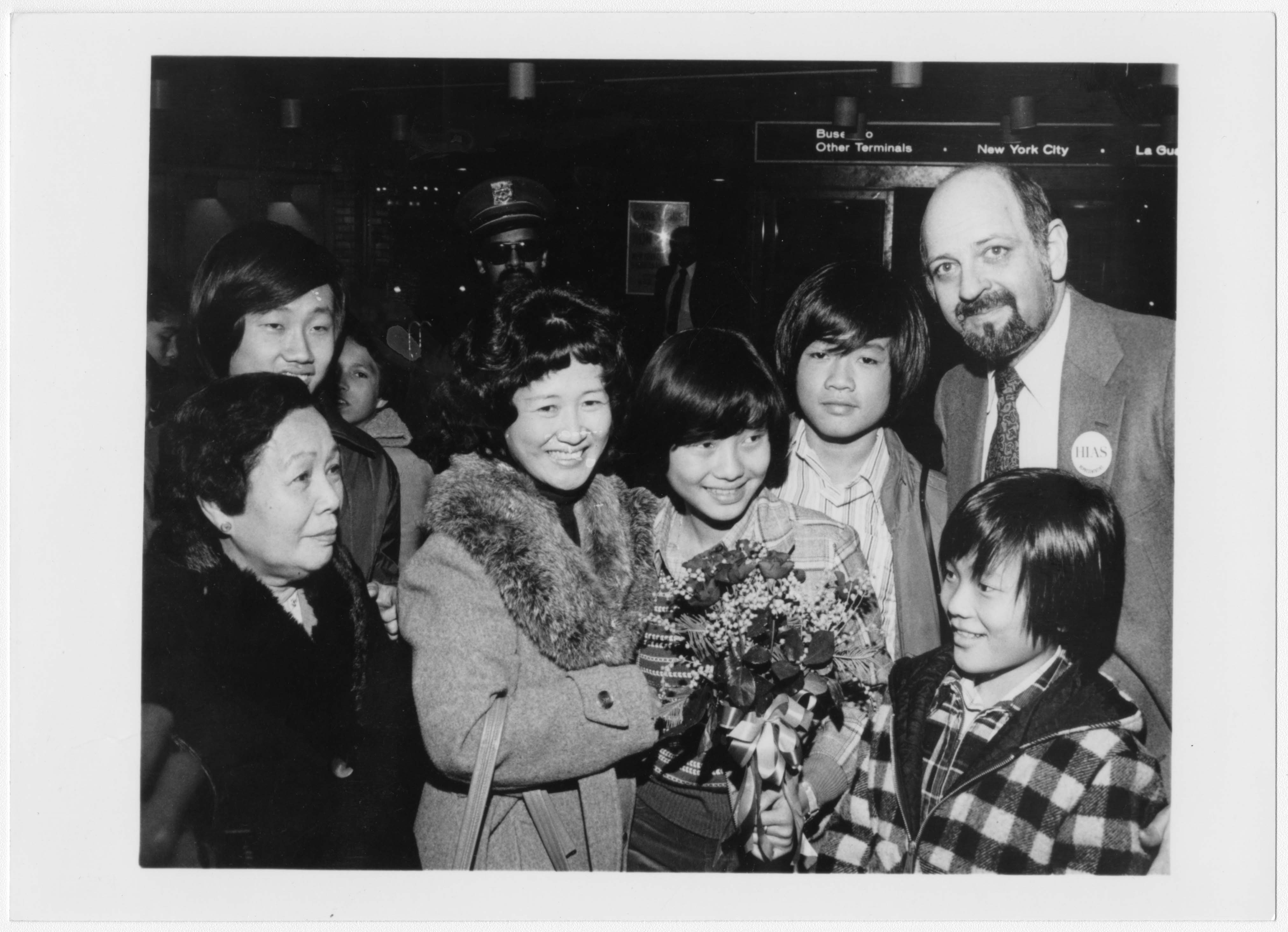 The Hebrew Immigrant Aid Society (HIAS) successfully helped to bring Bang Khiet Nghe, a fourteen-year-old Vietnamese refugee who had escaped to the People’s Republic of China, into the United States. Although HIAS had committed itself to resettling thousands of refugees from Southeast Asia, this moment in 1980 marked the first time that the agency assisted someone from the People’s Republic of China. Bang Kiet Nghe was reunited with her mother and brothers at John F. Kennedy Airport in New York City after two years apart. While fleeing Vietnam, she had been separated from her family and crossed into China on her own.