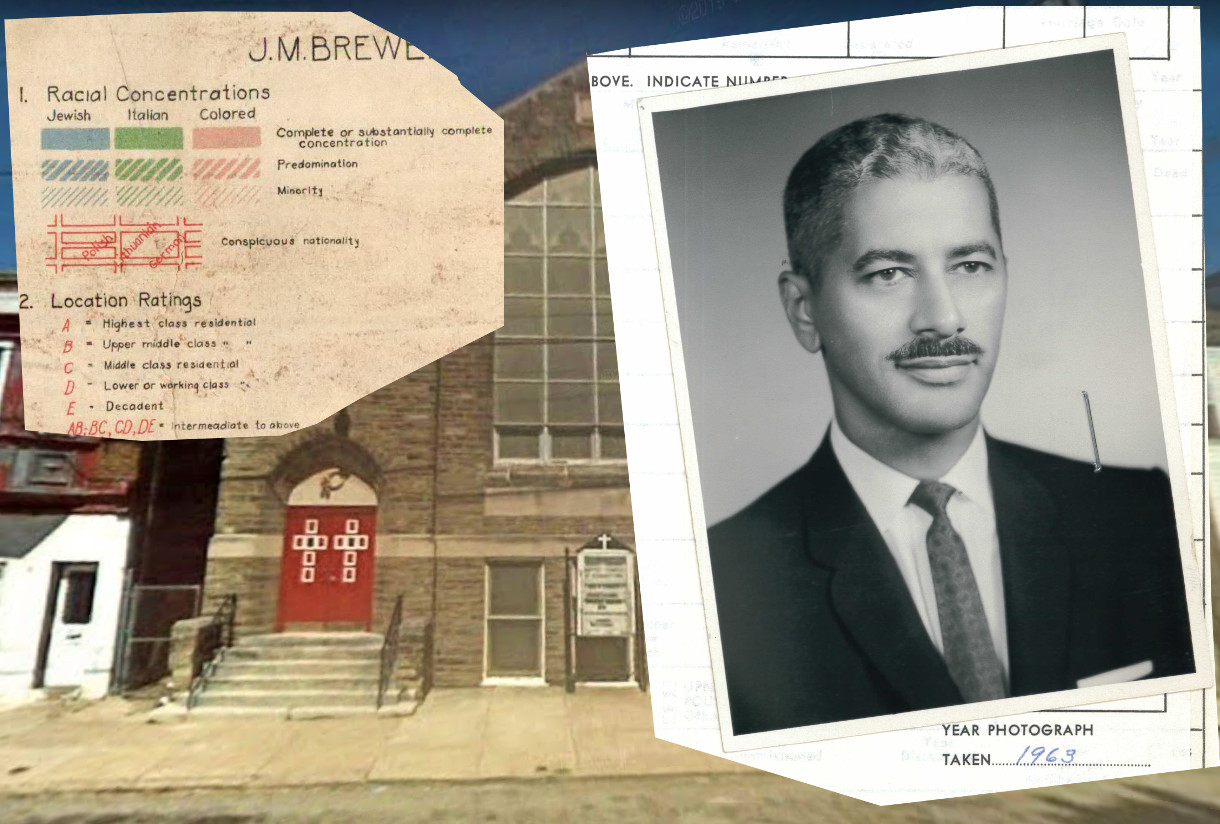 As part of our intensifying documentation of Black Presbyterian churches, PHS has recently digitized the original records of Faith Presbyterian Church in Philadelphia's Germantown, the family church of our Director of Development, Luci Duckson-Bramble. 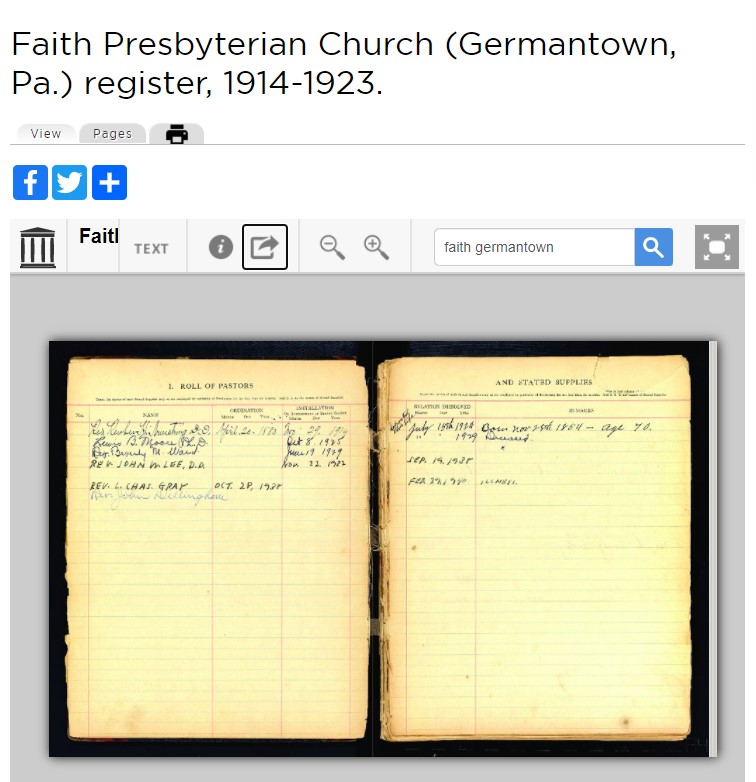 From the 1880s to the 1920s, the industrial firms of northern Philadelphia neighborhoods like Tioga and Germantown--among them the Glen Echo Mills, and the Atwater Kent Company--expanded massively, attracting skilled laborers from southern and eastern Europe and from the American South. Faith had its roots in the Presbyterian Tioga Mission, organized at Broad and Butler Streets in 1903. The next year, the mission moved to 30 W. Rittenhouse Street in Germantown and was renamed People's Presbyterian Mission.

The mission was reported as Faith Presbyterian Church (Germantown, Pa.) in 1914. The church was sited at Pulaski Avenue near Penn Street after 1916, and a stone church building was completed there in 1927. Reuben Armstrong, a Lincoln University graduate and assistant to Matthew Anderson at Berean Presbyterian Church (Philadelphia, Pa.), served the church from 1904 until his death in 1924. The Great Depression would transform the neighborhood. Amid the city's industrial collapse, unemployment reached 40%, and the smaller niche firms never recovered. The 1934 land use maps of Philadelphia identify Faith's block as middle class, and the "colored" area just to its east as "decadent." 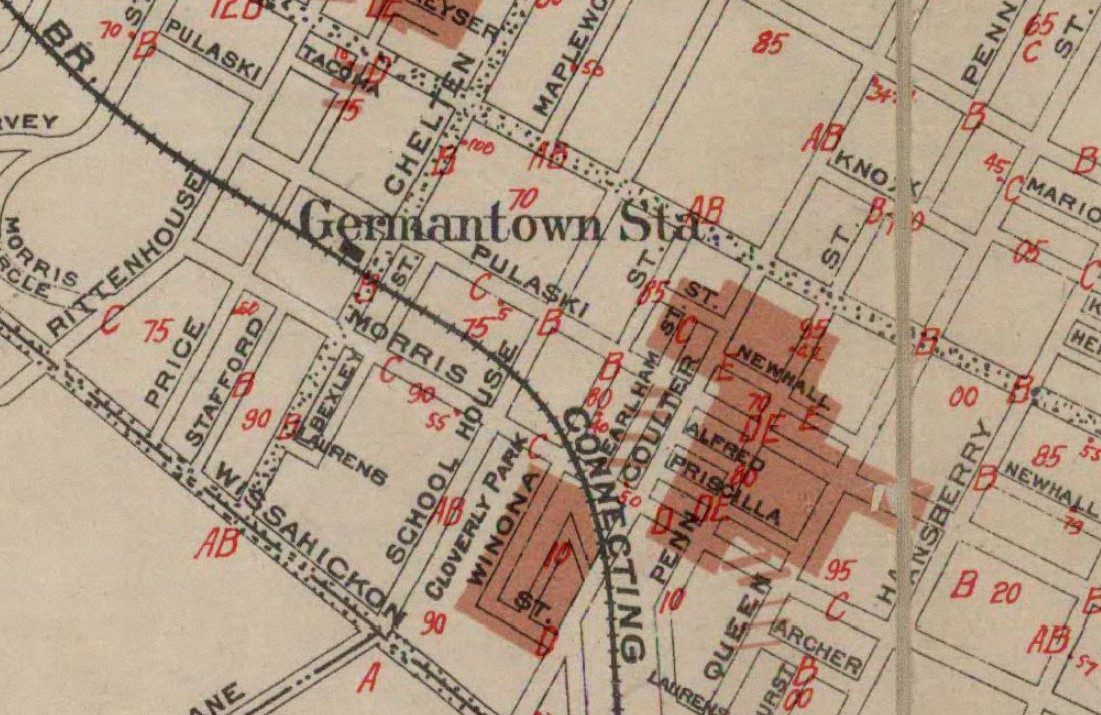 In 1950 the church called Clarence Cave, a born New Yorker and recent graduate of Union Theological Seminary, as pastor. A child of Barbadian immigrants, Cave grew up in St. Augustine Presbyterian Church in the Bronx, under the care of Edler G. Hawkins. After a stint as a pastoral intern at his home church, Cave spent one year in Colorado under the Board of National Missions, coming to Berean in 1948. 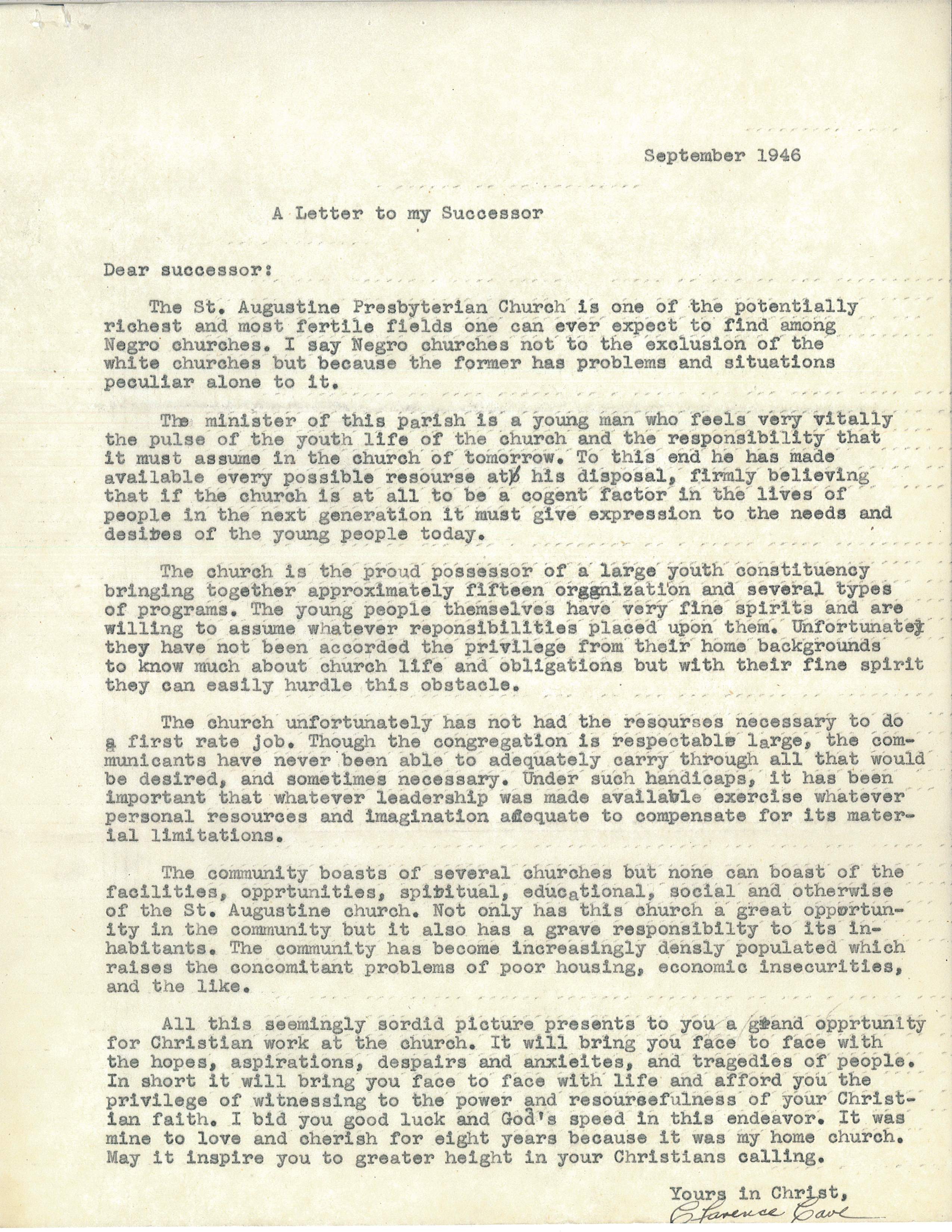 Clarence Cave's "Letter To My Successor" at St. Augustine Presbyterian Church, 1948. From RG 425.

Faith's work in the 1950s during Cave's pastorate was extensive. He and Benjamin Glasco--later the first Black moderator of the Presbytery of Philadelphia--worked to enliven the Afro-American Presbyterian Council, beginning a lifelong commitment to what's now the National Black Presbyterian Caucus. Surrounding the 1954 celebration of Faith's 40th anniversary, Cave gathered a panel of local ministers to deal with the neighborhood's economic decline and social problems. Cave undertook prison ministry, and was featured in Ebony magazine as a young minister of promise. In 1962, alongside the Baptist minister Leon Sullivan, Cave worked on a boycott of Philadelphia industries that discriminated in hiring, called the "selective patronage" program. Cave left in 1963 to serve in the UPCUSA Office of Church and Society, partnering with Maggie Kuhn on antipoverty work. He'd remain in national agency service until 1988. 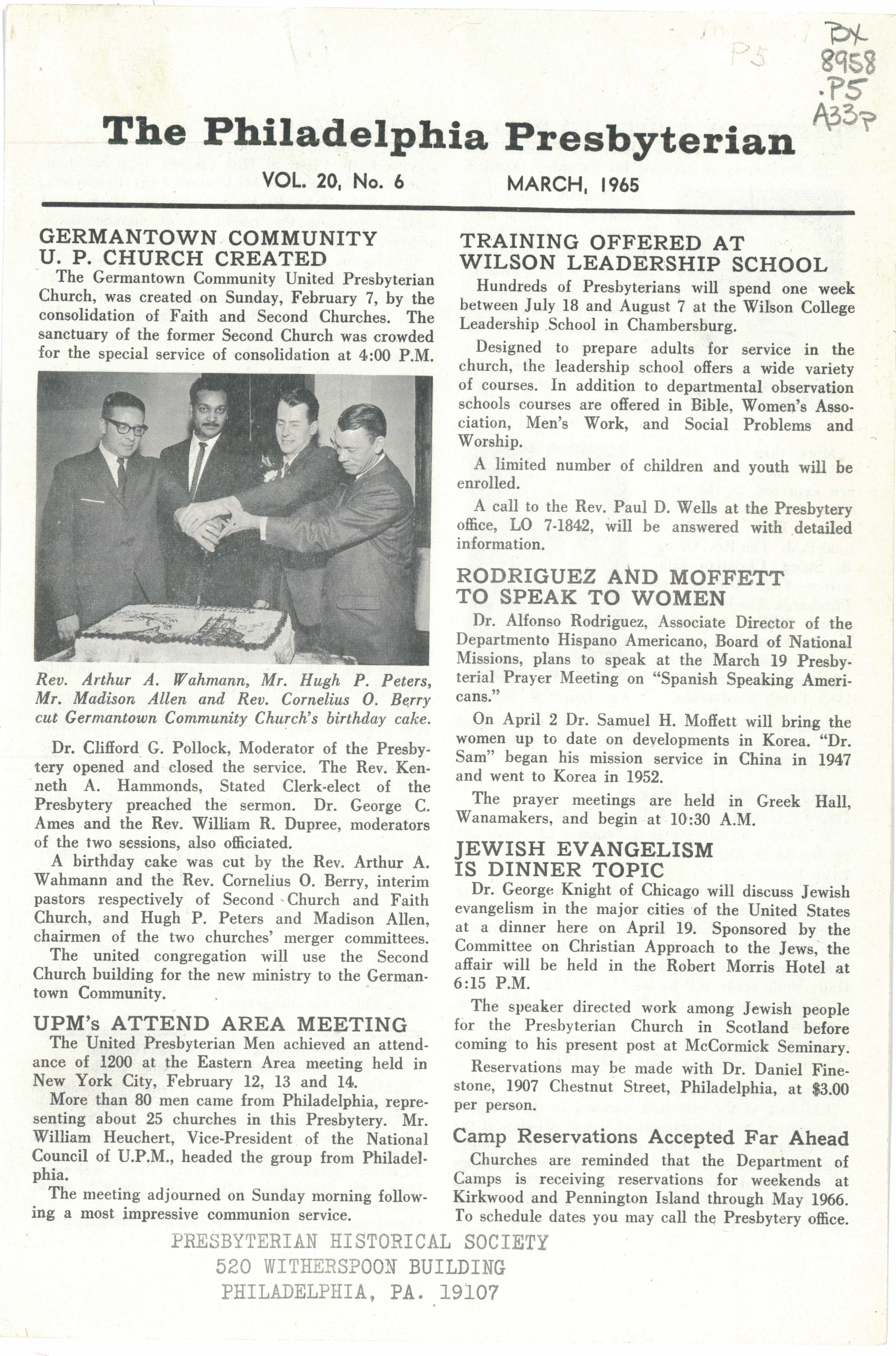 As many other churches did during the 1950s and 1960s, Faith became part of an integrated church. For several months in 1964 a joint committee of Faith and the white Second Presbyterian Church (Germantown, Pa.) worked to prepare a merger proposal to the Presbytery of Philadelphia. Second's building was too large for its dwindling congregation, and Faith's site was too small for its burgeoning family. The congregations merged in a ceremony on February 7, 1965, becoming Germantown Community Presbyterian Church.

Faith's and Second's records, were deposited in the vault at PHS's former location on the fifth floor of the Witherspoon Building shortly after the merger. We're grateful to supporters of the African American Leaders and Congregations initiative for funding digitization of this collection. Learn more about how we can support your congregation, and how you can support your neighbors' records.