Story of an RNS Photo: The Sibley's Welcome the Krieg Family 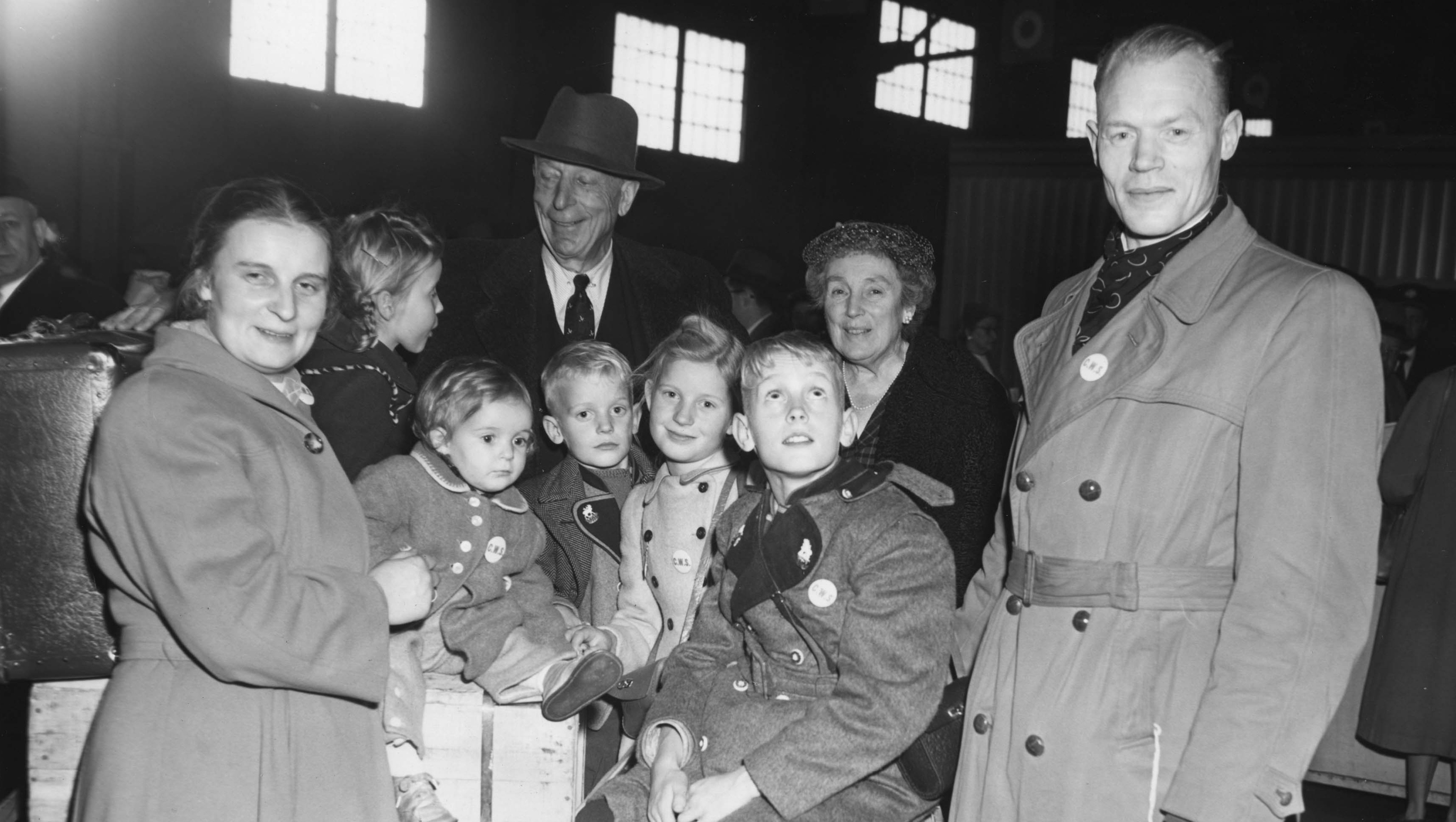 The Krieg family, refugees from East Germany, is greeted by the Sibley family in New York, 1955. Pearl ID: islandora:151558.

In 1955, Mr. and Mrs. Paul Friedrich Krieg arrived on the USS United States in New York with their five children, Dieter, Brigette, Hilke, Ingo, and Friederike, held close by their sides. The family of seven traveled from Germany, where they had been living in a refugee camp. The Kriegs were originally dairy farmers in East Germany until their farm was confiscated under communist control. Their relocation to the United States was supported by the Church World Service, an ecumenical relief agency that formed in the aftermath of World War II.

Upon the Kriegs' arrival in New York, they were greeted by the formidable Harper and Georgiana Sibley. This moment was captured in a photograph published by the Religious News Service titled “Noted Church Couple Greet Refugee Family.” The Kriegs and the Sibleys had encountered each other once before, back when the Sibleys were touring German refugee camps as part of Harper Sibley’s role as chairman of the Church World Service.

The origins of the Sibleys were much different than those of the Kriegs. Fletcher “Harper” Sibley was born in 1885 in New York City to substantial wealth. His grandfather, Hiram Sibley, was an associate of inventor Samuel Morse and helped to establish the Western Union Telegraph Company. After graduating from Harvard University, Harper studied at the New York Law School and practiced law in the city until 1912. 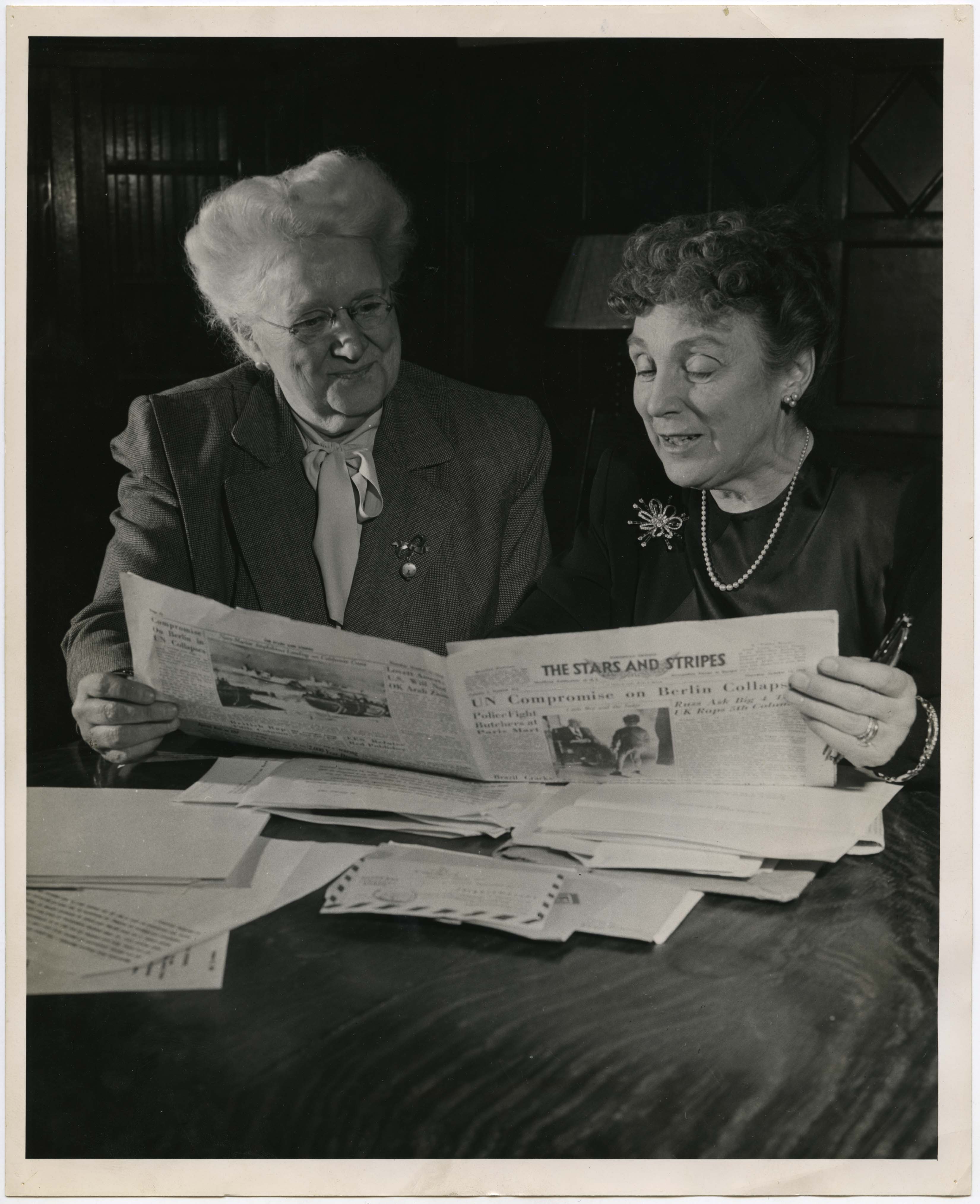 Georgiana’s upbringing was no less privileged than her husband’s. Born Georgiana Farr in 1887, she was raised among the high societies of West Orange, New Jersey, and New York City. After meeting Harper when they were teenagers, the two eventually married in 1908 and had six children together, whom they raised in Rochester, New York.

In Rochester, the Sibleys expanded their influence, both locally and nationally. Harper Sibley had a successful business career that included serving as president of the United States’ Chamber of Commerce.  He served on several corporate boards, including the New York Life Insurance Company, the Security Trust Company of Rochester, the Western Union Telegraph Company, the Hollister Lumber Company, and the Leckie Smokeless Coal Company. Georgiana’s civic interests led her to have many affiliations, including the World Service Council, the American Missions to Lepers, and Central China College. She also served as president of the United Council of Church Women, a role she used to foster a relationship with local Black churches in Rochester to help bridge the divide between the city’s Black and white communities. Georgiana’s compassionate reputation led to her being awarded the 1945 National Mother of the Year. In addition to all of this work, both Harper and Georgiana were heavily involved with the YMCA on the local, national, and international level.

The Sibleys used their stature for various relief efforts in the aftermath of WWII. As a prominent American churchwoman, Georgiana traveled to Germany as a civilian advisor to the United States military to help the country rebuild their religious, cultural, and social institutions. For three months, she taught German women new skills and encouraged them to take ownership of their communities and reconvene freely in their restored society.

Harper’s role as chairman of the Church World Service allowed him to have direct impact on those struggling with housing and food needs. Under his leadership, CWS devoted immense financial resources to a devastated Europe. In addition to its relief programs, CWS was instrumental in aiding the transportation of refugees to the United States–including the Kriegs.

The emotional impact of the Sibleys' work with displaced persons in Europe was evident. In 1955, Harper received a great honor from one of the many refugees who his organization served: a bust of himself. The bust was crafted by Joseph Reznak, a refugee from Czechoslovakia who had lived in a displaced persons camp in Germany before relocating to America with the help of CWS. Reznak created the piece in gratitude for the relief agency’s dedication to helping him–and tens of thousands of others–start a new life in the United States. 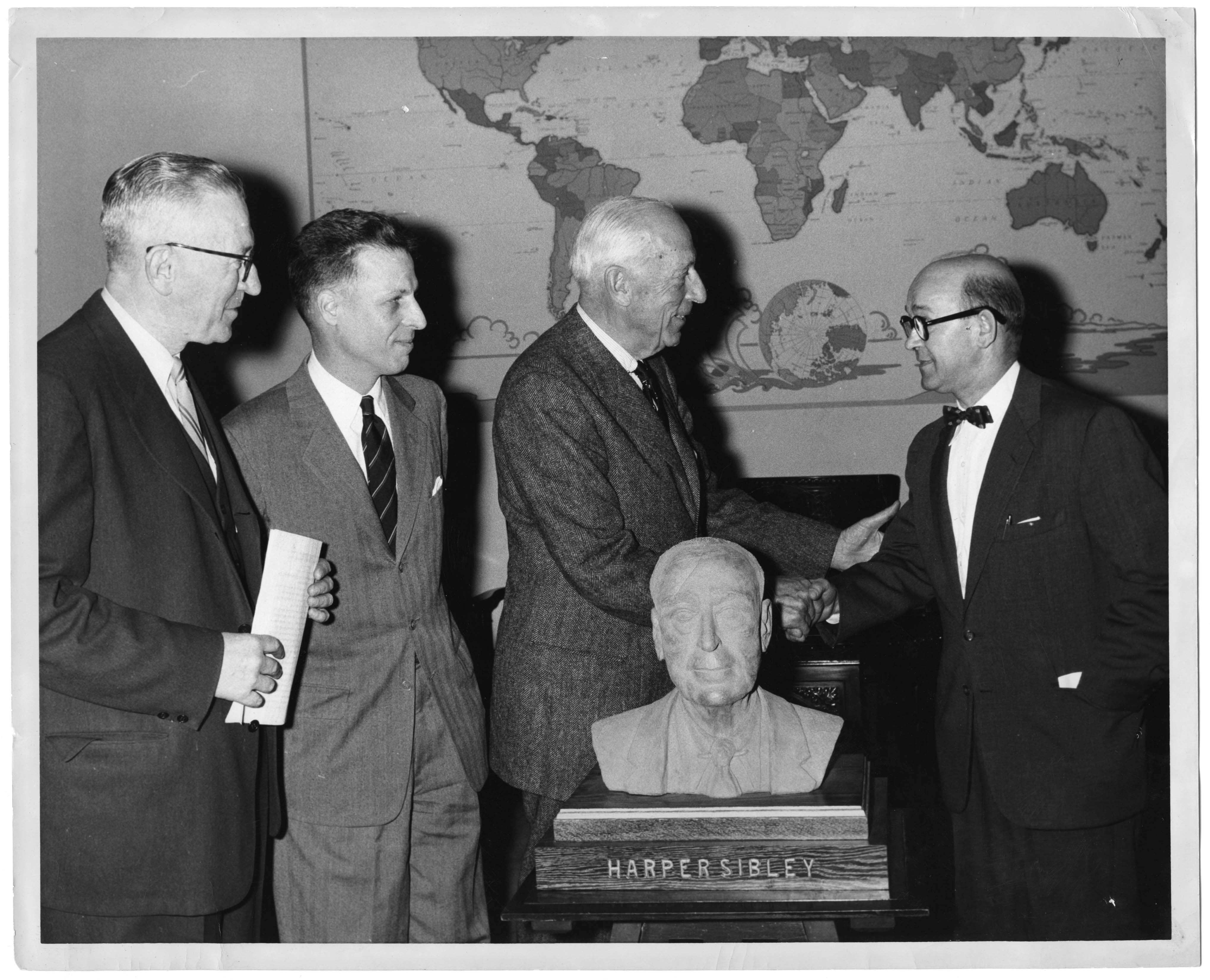 Harper Sibley of the Church World Service is presented with a portrait bust of himself, 1955. [Pearl ID: islandora:151497]

Although Harper Sibley died suddenly in 1958, Georgiana continued to use her influence to serve various communities both in Rochester and on a national scale. She remained steadfast in her religious beliefs, civil engagement, and aid to those in need until her death in 1980.

Learn more about the RNS Digitization Pilot Project at PHS.