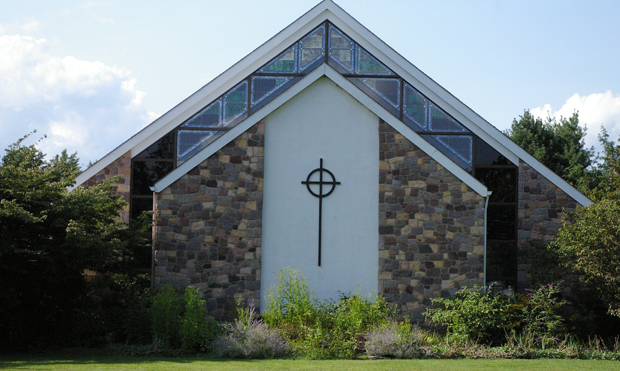 Several years later the congregation built and dedicated its sanctuary.  The furniture came from the former Richardson Memorial Presbyterian Church in West Philadelphia. This helped Lenape connect to the city and specifically to Bethel Church in North Philadelphia, in ministry to homeless people in Philadelphia.  By 1970 Lenape Valley reported 287 members, and a Sunday School 217, all in eight years.

Rev. Heinsohn announced that he was leaving in November 1969.  Lenape formed a PNC. Finally, after much work Lenape Valley called from the deep snows of Minnesota Rev. Daniel W. Reid.  Driven across Interstate-80 known for treacherous weather, Rev. Reid was installed on February 28, 1971. He assembled a group of 24 members to envision the future of Lenape Valley’s ministry to the community. That group originated mission, music, Bible study in small groups, Sunday school and worship. They began small and grew under God’s grace and the presence of the Holy Spirit. Also, Lenape Valley was in a population growth location impacting its size. We called our first Associate Pastor, Rev. Doug Hoglund, to Lenape from Princeton Seminary in 1986. By 1990 and the following decade we rose to 900 members, officially designated a large church by Presbytery’s standard.

Lenape grew by the inspiration of the Holy Spirit who led Rev. Reid and Mel Wolff into composing and performing music of all types in nearly three decades of worship and praise to the Lord.  Our music was an outreach ministry to other churches and nursing homes.  By 1997 the acquisition of the Cyrus H.K. Curtis Memorial pipe organ, acquired from the Philadelphia Academy of Music, amplified worship.

By a mission Lenape was founded and grew in depth of spirit. “The Church Has Left the Building” (CHLB) is our latest mission project continued even when Rev. Dr. W. Douglas Hood, Jr. (2000-2012) moved on. We supported the Billy Graham Crusade in 1992 and formed other many missions to help us grow spiritually. Christian Education and small group Bible study is the foundation on which the church survives. Mission has always been supported by Stewardship at Lenape Valley, especially true of the recent Youth Mission Trip of 24 youth to Haiti.

The new century saw a national change in attitude about church attendance. The rapid and steep decline in the economy eliminated single family home construction so necessary to our growth.  Churches began to decline everywhere. Lenape lost members until we called Rev. Dr. Anita M. Bell in 2015.   Under her leadership the Holy Spirit stirs a deeper desire to bring all people to become life-long followers of Jesus Christ.

Acts 10: 42, 43     “He commanded us to preach to the people and to testify that He is the one ordained by God…that everyone one who believes in Jesus receives forgiveness of sins through His name.”(NRSV)