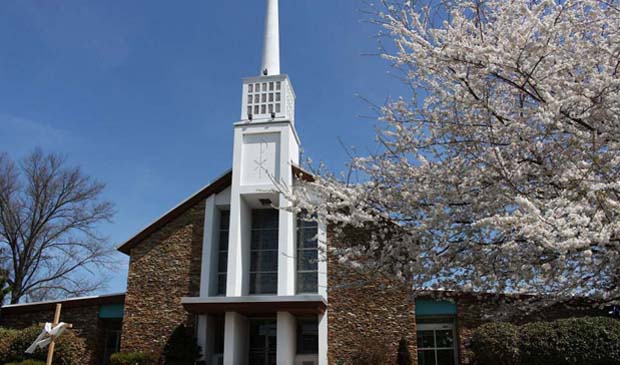 The History of Jeffersonville Presbyterian Church 1843-2017

When the PCUSA was divided in 1837, the Norriton and Providence church at first sided with the New School and united with the Third Presbytery. In June, 1843 a majority of the congregation voted to return to the Old School Second Presbytery. The minority, loyal to the New School side, asked the Third Presbytery to organize them as a separate congregation to be called the Jeffersonville Presbyterian Church after the town where they worshiped. In 1875 this struggling church changed its charter to take the name Centennial Presbyterian Church, in honor of the impending centennial of the Declaration of Independence and the Revolutionary War that brought forth the United States of America. The name was changed back to Jeffersonville Presbyterian in 1898.

The community of Jeffersonville developed in the next fifty years from a semi-rural to suburban area, and by 1970 reported 583 members.  A disastrous fire destroyed the building that year, and the congregation worshiped in a nearby Evangelical and Reformed Church while a new building was erected to replace the old one. Membership began to fall in the 1970s, declining to 513 in 1980, and to 400 in 1990. . Internal problems and adjustment of the membership roll accounted for most of the membership loss.

Jeffersonville Presbyterian Church began an eventful 35 years when Rev. Kenneth Hipple became the minister in 1983. Rev. Hipple with his young family and wife brought renewed energy and commitment which was lacking during the final years of the previous minister’s tenure. This promise unfortunately faced obstacles especially due the health of Pastor Hipple. JPC stood behind our recovering pastor, but he was never the same after his surgery. The energy was gone and issues of leadership and tithing led to people leaving the Church in the early 90s. Rev. Hipple realized that he could not continue his ministry and announced his retirement in 1998. Little did JPC know that the vacuum that was created with Rev. Hipple’s illness would cause more turmoil over the next decade leading to more conflict and strife and the departure of Rev. Cliff Swanson in 2008.

JPC has been led by Rev. David Larkin since 2010. In many ways JPC finds itself returning to a period with a young pastor and renewed enthusiasm. JPC has been blessed by the addition of members formerly of Central Presbyterian Church. JPC has become more involved in the community and has not experienced the divisiveness that haunted this church for the past forty years. The future is bright!