Visions and Voices from Selma to Montgomery 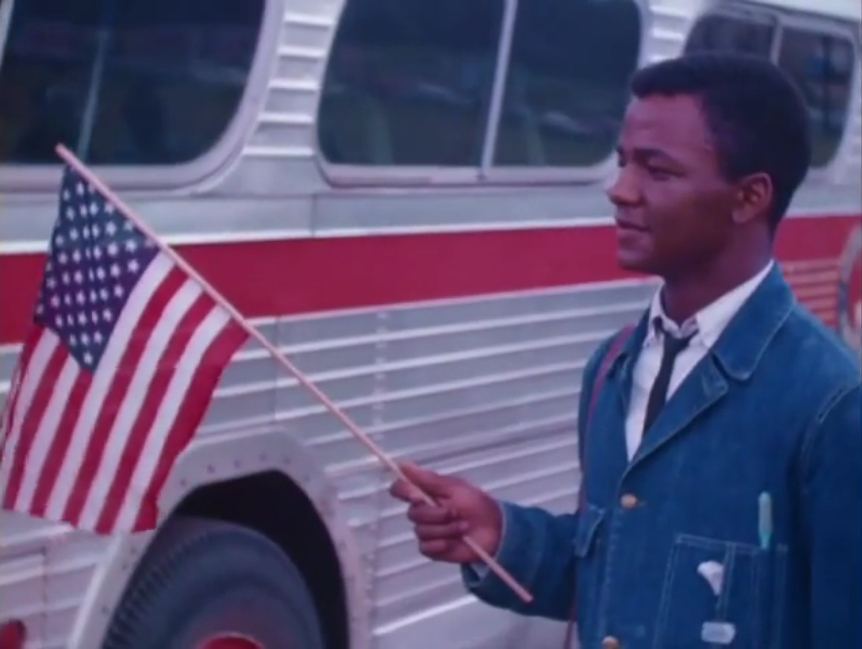 On March 21, 1965, thousands of people gathered in the fields around Brown Chapel African Methodist Episcopal Church, with helicopters above and National Guardsmen lining the road to Montgomery. Some came on foot, some came in a convoy of Trailways buses, and one with a 16-mm camera came by air.

PHS has recently digitized two reels of film shot on site during the third Selma march on behalf of the UPCUSA Board of National Missions. In the first reel, color film depicts a group led by Kenneth G. Neigh of the UPCUSA Board of National Missions landing at Montgomery's Dannelly Field, and the roadside landscape of AL-8/US-80, the Selma Highway, before arriving at Brown Chapel.

The first reel continues with a spliced-on section of black-and-white film, which includes a meeting at Montgomery's airport. The second reel is entirely black-and-white, and includes footage of Neigh's cohort arriving by plane, underneath the Montgomery Chamber of Commerce's banner, which declared with unintended irony, "Welcome to Montgomery / Glad you came... hurry back."

The next month, Eugene Carson Blake, stated clerk of the UPCUSA, recorded a radio spot equating the heroism of the Selma marchers with that of combat soldiers of the Second World War.