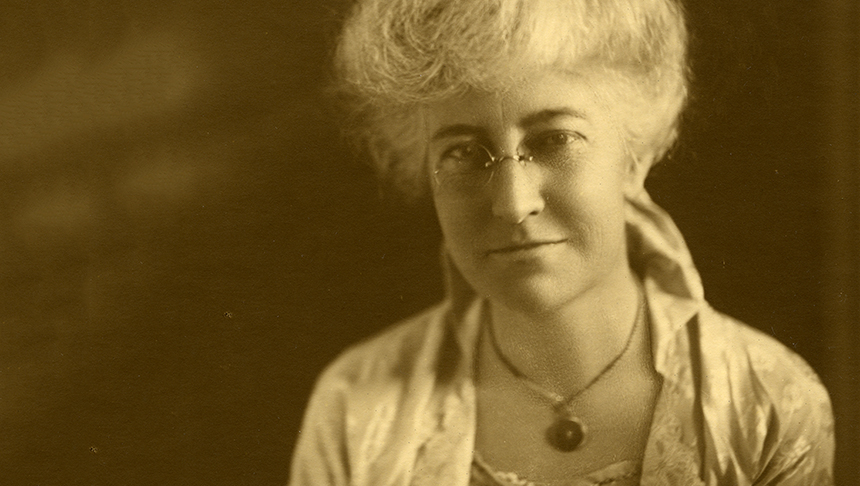 In post-Gold Rush California, San Francisco’s Chinatown was ruled by tongs—secret associations of Chinese men who originally banded together to defend themselves against the xenophobia of the West but devolved into warring gangs in a violent underworld of human and drug trafficking. In this terrifying landscape, a young Scottish missionary from New Zealand managed to infiltrate the Chinese underworld to save more than 3,000 women and children from slavery. To the tongs she was known as Fahn Quai, the White Devil; to those she saved she was Lo Mo, Beloved Mother.

Chinese immigrants who came to California after the 1849 Gold Rush looking for work in mines and on railroads were treated as curiosities or, worse, second-class citizens who posed a threat to society. The laborious nature of the available work and meager wages prevented Chinese men from immigrating with their wives and children. Beginning in the 1850s, the California state government passed a series of measures in an attempt to restrict Chinese immigration, culminating in the 1882 Chinese Exclusion Act, which succeeded in completely halting immigration and ensuring that the disproportionately male population would be unable to reunite with their families. The tongs exploited the situation by setting up brothels in Chinatown and developing a sophisticated human trafficking network that smuggled women and girls out of China and into California to be sold as wives, prostitutes, and household slaves.

Donaldina Cameron with one of the many Chinese girls she rescued, standing outside the Occidental Mission Home in San Francisco's Chinatown, undated. [Image No. 1849] Click for full image.
The plight of the women and children caught the attention of Bay Area church women, and in 1873 five Presbyterian women organized the Presbyterian Women’s Occidental Board of Foreign Missions. A year later, the group founded a mission home in the heart of San Francisco’s Chinatown dedicated to rescuing, educating, and providing a home to victims of the sex trade. In 1888, in the San Gabriel Valley, a 19-year-old Donaldina Cameron was introduced to the work of the Occidental Mission Home through the mother of a childhood friend, Mary Browne, one of the founders and president of the Occidental Board. Donaldina sympathized with the plight of the young Chinese girls and was intrigued by thrilling tales of superintendent Margaret Culbertson’s stealthy rescues. A few years later, at the age of 23, Donaldina arrived in Chinatown ready to assist Culbertson, whose health was in decline. Donaldina thought she would stay for a year to help educate the girls, but two years later she became the new superintendent.

Just like her predecessor, Donaldina was an active participant in all rescues. She raided houses and gambling dens alongside police, breaking down doors, climbing into hidden rooms, and running over roof tops to find girls bound and held at gun point. It was not long before “Chinatown took for granted the flying figures of a slender woman and her tiny Chinese interpreter.” [1] When the tongs caught wind of the change in staffing at the mission house, they hoped to terrify the new and inexperienced superintendent with an effigy of herself which Donaldina found dangling from a ceiling with a knife through its heart. They planted dynamite on her doorstep. They tried to slander her in the press. Despite these attacks, Donaldina remarked that “terror lent wings to our feet.” [2]

Despite her many successes, Donaldina often failed in her rescues or faced the repercussions of success when tong members bribed police to betray her and slave owners attempted to recover their "property" through any means available. Due to a lack of child protection laws, the courts usually obliged them. Donaldina persevered through the stresses of her newfound responsibilities and overcame what her colleague Mary Field called a “serious breakdown.” [3]

Donaldina faced another crisis on April 18, 1906, when a devastating earthquake hit San Francisco. More than 3,000 people died in the initial quake and the fires that subsequently broke out. The Occidental Mission Home was completely destroyed; its employees made destitute. Donaldina and the Occidental Board reached out to other regional women’s boards for financial assistance. By 1908, Presbyterian women from around the country responded by raising enough money to rebuild the home at the same spot, 920 Sacramento Street.

Before Donaldina retired as superintendent in 1934, she had also established the Presbyterian Church’s Ming Quong Home for girls in order to provide separate spaces for women and younger girls. In 1942, the Occidental Mission Home was renamed the Donaldina Cameron House. It continues to operate today at 920 Sacramento Street with the broader mission of serving low income, Asian immigrant families in San Francisco.