Kenneth and Margaretta Wells, and Bimbo 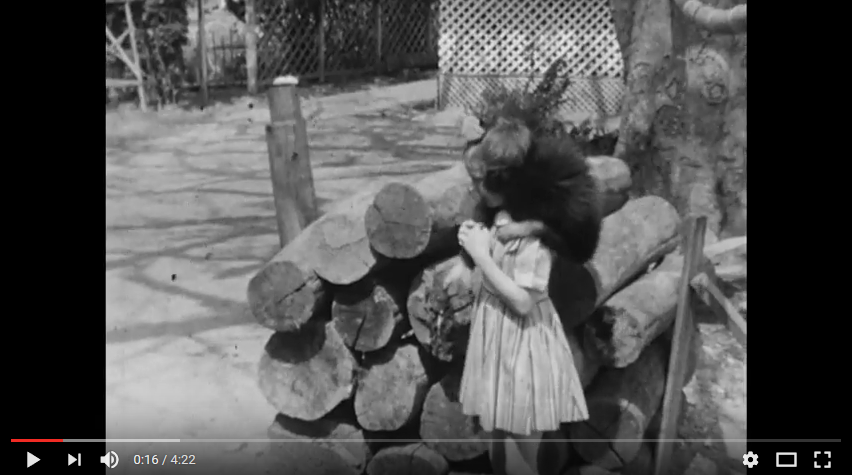 Screenshot of the Wells children with Bimbo the gibbon, from RG268-18-4

We've recently transferred to digital video a silent home movie from the 1930s, shot by the Presbyterian missionaries to Thailand Kenneth and Margaretta Wells, part of Record Group 268. Their family's tame gibbon, Bimbo, is the star of the show.

Bimbo lived with the Wells family for four years while Kenneth and Margaretta taught at Prince Royal's College in Chiang Mai. The lady gibbon was, in Margaretta's recollection, virtually the school mascot, a "campus flirt and a tomboy" who "enjoyed spell downs and reading out loud" but was bored by arithmetic.

The Wellses left Thailand in 1951 for Arlington, Virginia, and left Bimbo in the care of neighbors, with permission to deliver her to any permanent home if they could not care for her. In early 1953 the National Zoo in Washington, D.C. purchased two Thai gibbons; one died en route to the United States. The other appeared in the Washington Post, where the Wells children spotted their old friend. Skeptical zookeepers permitted the family to visit the gibbon, and their reunion turned into a thirteen-picture spread in National Geographic, written by Margaretta.

Her new caretakers offered that Bimbo's comfort with humans, and her capacity to survive on canned meat, helped her survive the journey across the Pacific, though people-food would be off-limits to her at the zoo: "She has had to forego waffles and syrup for Sunday breakfast. The other gibbons might not understand."