Our Work in the Archives, First Quarter 2019 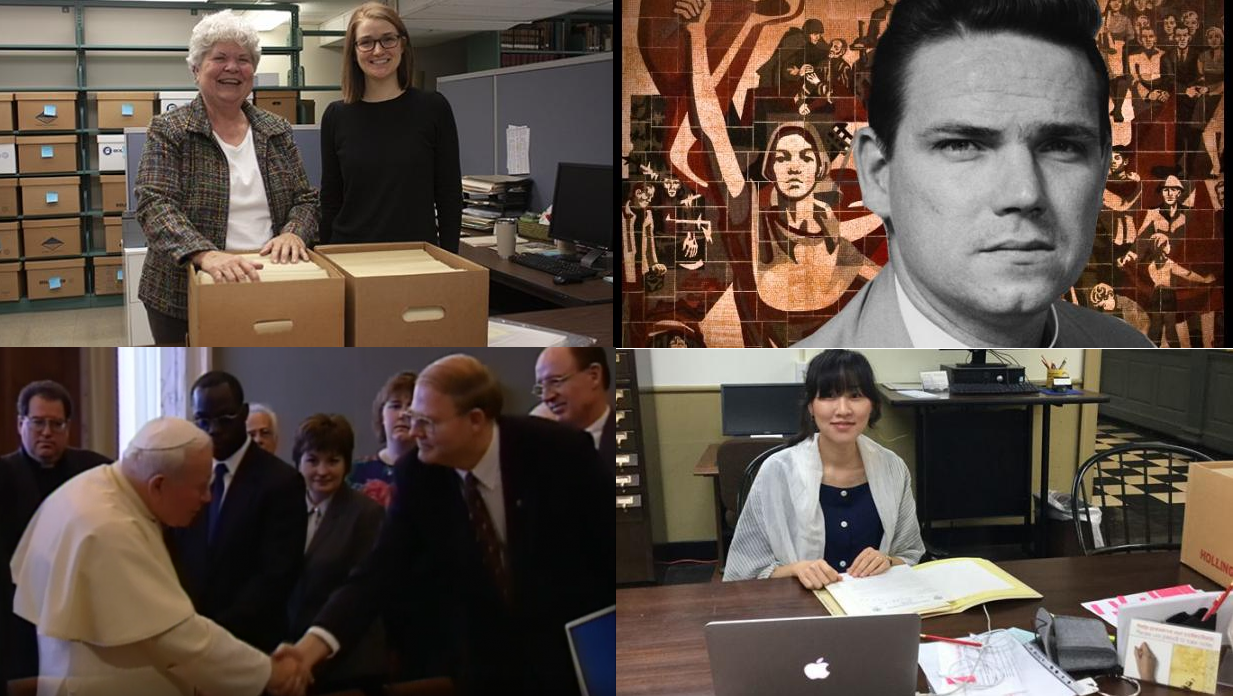 A message of thanks from one of our constituents

The archivists at PHS have had an active winter and spring -- bringing in content, building digital collections, reaching out to new constituents -- and it's our pleasure to tell you more about our work. 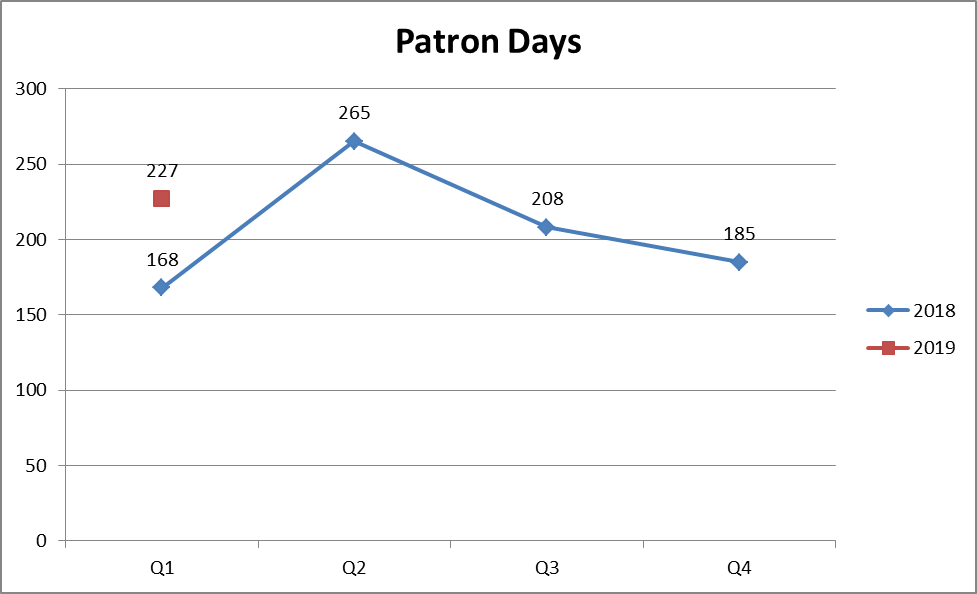 PHS is working with four classes from the Community College of Philadelphia (CCP): African American History to 1877; 19th Century American History; Philadelphia History: Architecture and Planning; and Creative Writing. CCP student Marcus Baldwin is also joining us as an intern for the semester. Marcus is primarily working with archivist Jenny Barr on processing photographs from the Presbyterian Church in the U.S. Congo Mission.

During the first quarter, records held at PHS from First, Second, and Third Presbyterian churches in Philadelphia were scanned at the Athenaeum as part of a the Council on Library and Information Resources Digitizing Hidden Collections grant on early Philadelphia congregations.

In March, Janet Lowery, a retired PC(USA) pastor came to PHS to work on records of the Voices of Sophia with Pam Byers Memorial Fund Project Archivist Elizabeth Wittrig.

Elizabeth processed other PBMF related collections, conducted oral histories, and created a timeline of LGBTQIA+ history in the PC(USA) for the Pam Byers Memorial Collecting Initiative page on the PHS website.

"A Sense of Belonging : the Presbyterian Commitment to Minority Education" (1987)

In late March, David was in Louisville shadowing new stated clerks training, and delivering "Reliable Records and Secure Speech." He also worked with the Office of Immigration Issues on securing the cell phones of people working across the US-Mexico border.

During the first quarter, we replied to 68 questions from PC(USA) congregations, chiefly about depositing and digitizing original records. Explore more in our interactive map 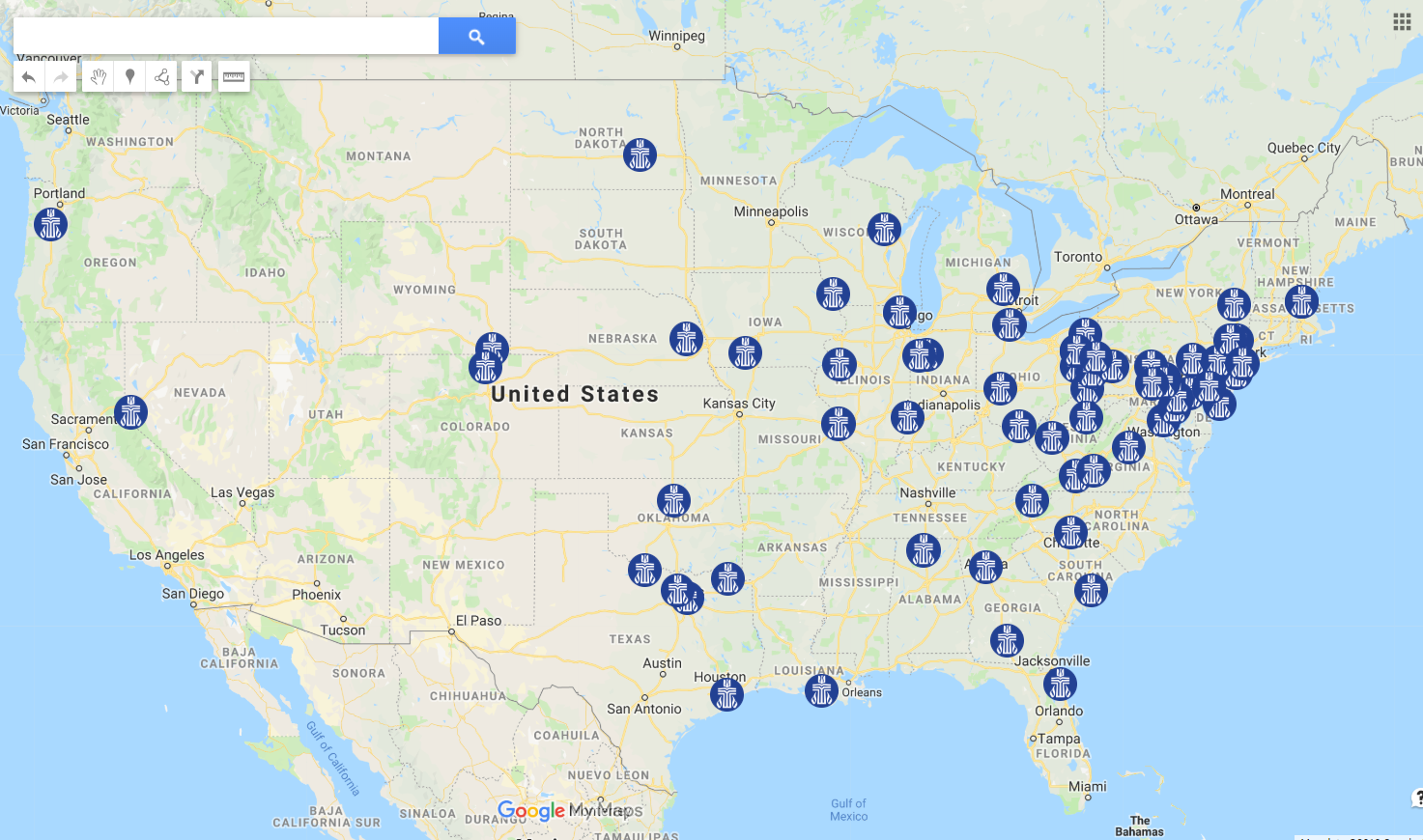 During the first quarter we also helped 15 presbyteries and 6 of our fellow national agency offices in the PC(USA) with administrative, legal, or records management questions, including: 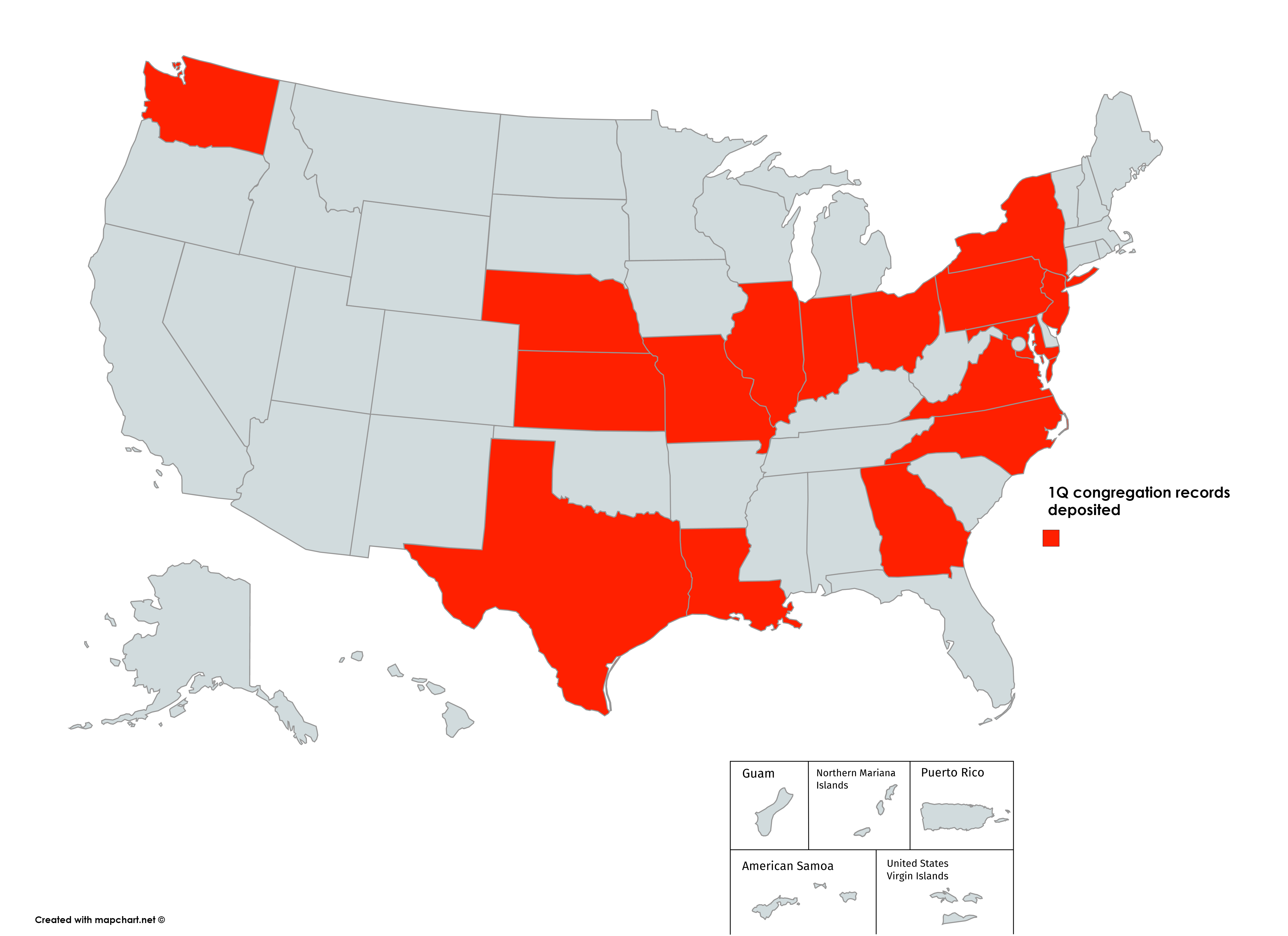 Where our congregation records came from in early 2019

We look forward to telling you more about our work this coming July! 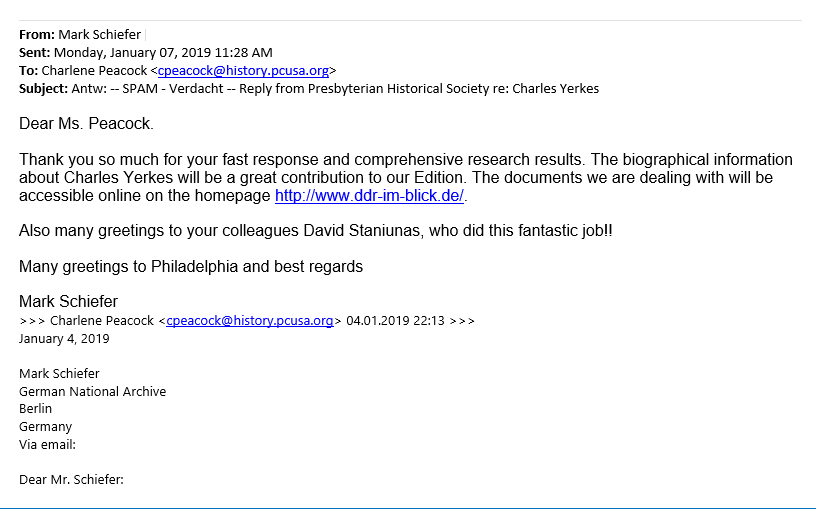