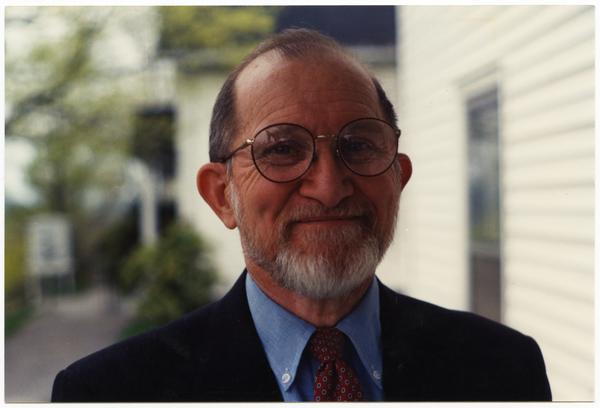 One year ago I was honored to write remembrances about two pillars of the Presbyterian Historical Society who had passed away within a few weeks of each other. William B. Miller, the Executive Director and my predecessor, joined the Church Triumphant in December 2018. In January 2019, James H. Smylie, the longtime editor of The Journal of Presbyterian History, joined him.

Nearly a year later, in November 2019, Jerry Gillette, the third pillar, joined Bill and Jim. Jerry was the Society’s longtime Librarian and Associate Director, and also our resident expert on all things Presbyterian. But while Jerry’s training as a historian made his service to the church invaluable, his academic training as a Librarian enabled PHS to share its resources in new and creative ways.

Jerry knew that PHS had to embrace the technological changes that were already beginning to impact the library and archives field in the 1970s and ‘80s. He understood that for an institution to be able to share its resources with an ever-growing body of researchers it would need to change how those resources were collected, preserved, and shared.

Far from being an antiquarian, Jerry’s role within PHS was that of an information specialist and innovator, a perfect complement to Bill Miller. Jerry was both the driving force behind the Society’s electronic cataloging—he hired our first professional cataloger—and the denomination’s records management program, an innovative endeavor designed to preserve records with long-term value while significantly reducing storage costs for short-term, temporary records. It’s no exaggeration to suggest that PHS’s current records management program, as well as its digital efforts to collect, preserve, and share information, were rooted in Jerry’s vision more than four decades ago.

Jerry believed that our history truly mattered and that it needed to be shared. Until his retirement in the early 1990s, he served as Associate Editor of The Journal of Presbyterian History. Along with Editor Jim Smylie, he filled The Journal with relevant and important articles about the development of the American Presbyterian experience. Jim Smylie’s creativity and Jerry’s tenacity to get The Journal produced on time made for some hilarious behind-the-scenes encounters I had the pleasure to experience. 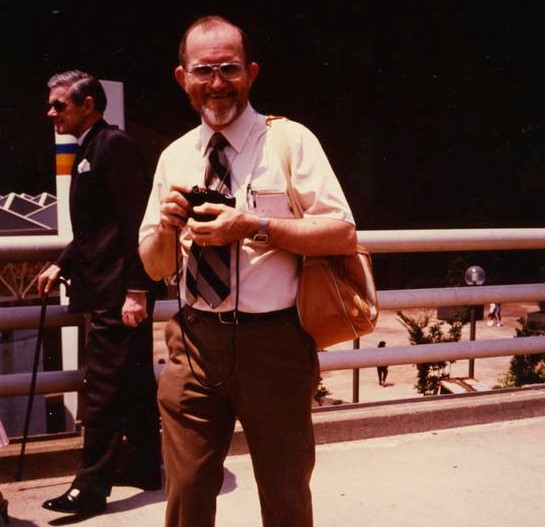 Jerry’s commitment to the church was evident in how he lived his life. He was kind, compassionate, and truly cared about the people he encountered on his life’s journey. He was a man of deep faith strengthened by his Scottish roots and study of Reformed history. His tenure at PHS helped to transform a 19th century institution into a vibrant, 20th century resource center for the church and the broader community. And for that, the church and PHS are forever indebted.

Jerry Gillette, in addition to being fiercely loyal to Bill Miller and the institution of PHS, had the ability to see things from other entities’ perspectives and to put himself in other people’s shoes.

In the mid-1980’s, as the Mission Design Committee for the reunited denomination geared up its work, Jerry suggested the Department of History’s presentation of its own part of that mission emphasize the stewardship of resources and the connectionalism of each level to the whole.

PHS was uniquely situated to enable church researches to trace actions through several levels of governance and across committees, departments, and agencies. Jerry’s understanding of what the denomination wanted, and his shaping of PHS’s response to the Mission Design Committee, was picked up by Stated Clerk Jim Andrews, and indeed by the MDC itself in its recommendations, which were approved by the GA meeting in Biloxi, MS, in June 1987. 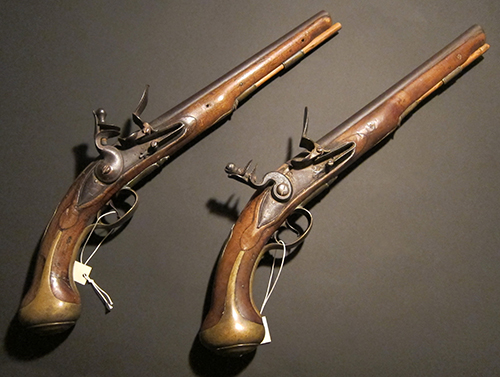 Jerry himself could take action quickly and decisively. Fred Heuser tells a story of staffers alerting Jerry that a patron was exhibiting excessive interest in the dueling pistols of Colonel James Gardiner, who was killed at the Battle of Preston Pans in 1745. The pistols were among the first artifacts donated to the PHS museum collection in November 1859. Jerry kept an eye on the entryway museum space until the patron took a lunch break. Then Jerry quietly removed the guns from their case and returned them to the security of locked storage. In every way, he looked out for the welfare of the Historical Society building, its mission, and its staff.

--Ginny Rainey, PHS Board Member, author of Stewards of Our Heritage: A History of the Presbyterian Historical Society.

Read an obituary for Gerald W. Gillette at Legacy.com